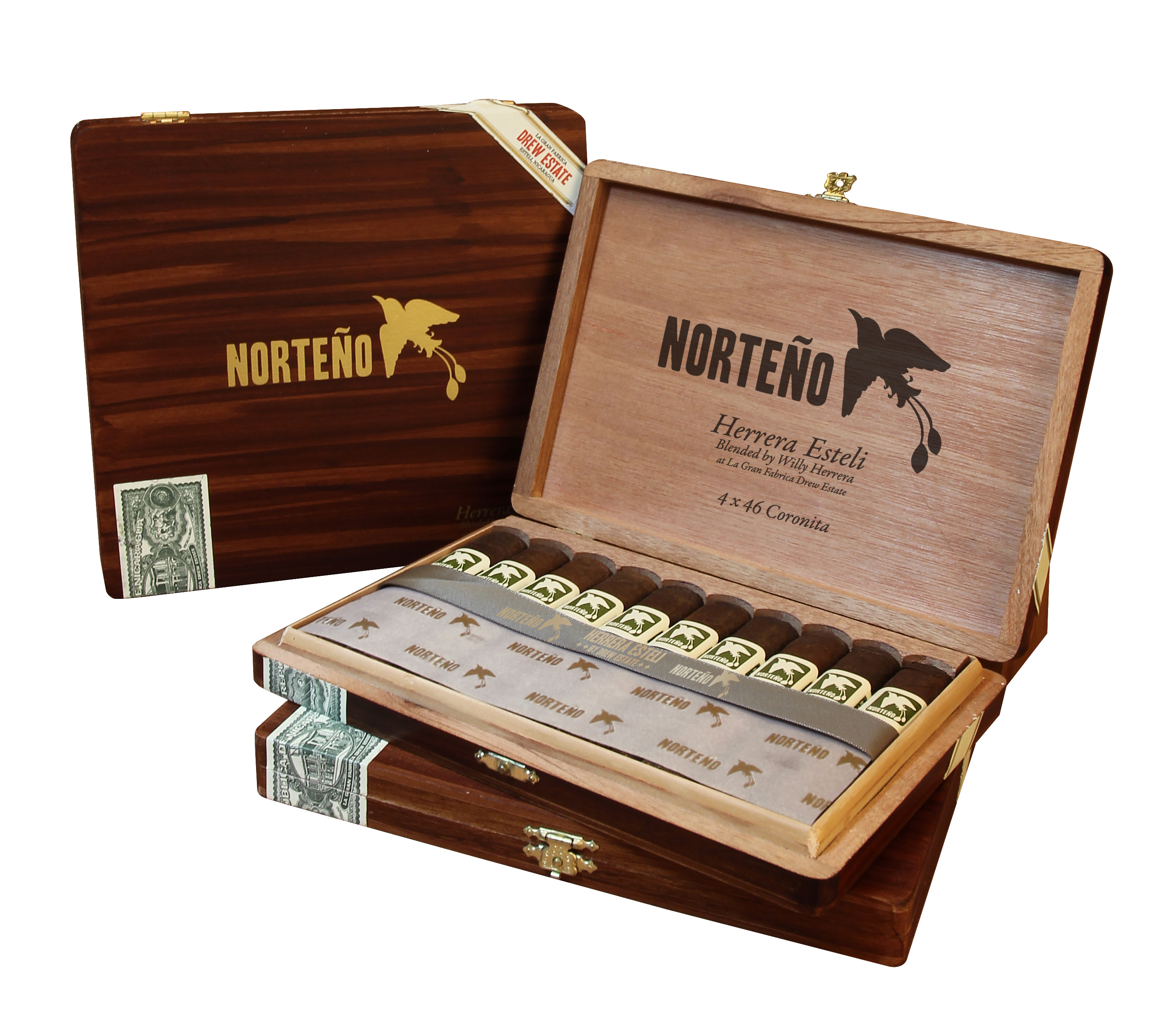 On the eve of the 2014 IPCPR Trade Show, Drew Estate has officially announced the launch of the Herrera Esteli Norteno. This is the long awaited sophomore effort by Drew Estate master blender Willy Herrera.

The Norteno was originally announced earlier this year.  It is a box-pressed maduro offering.  While the blend has remained the same, there have been some slight changes to what has been proposed for the six sizes as well as the proposed packaging.

The name Norteno stands for “northerner” and is tied into the fact that Herrera is a northerner from Florida who has transitioned “south” to Nicraragua.

At a glance, here is a final look at the Norteno: 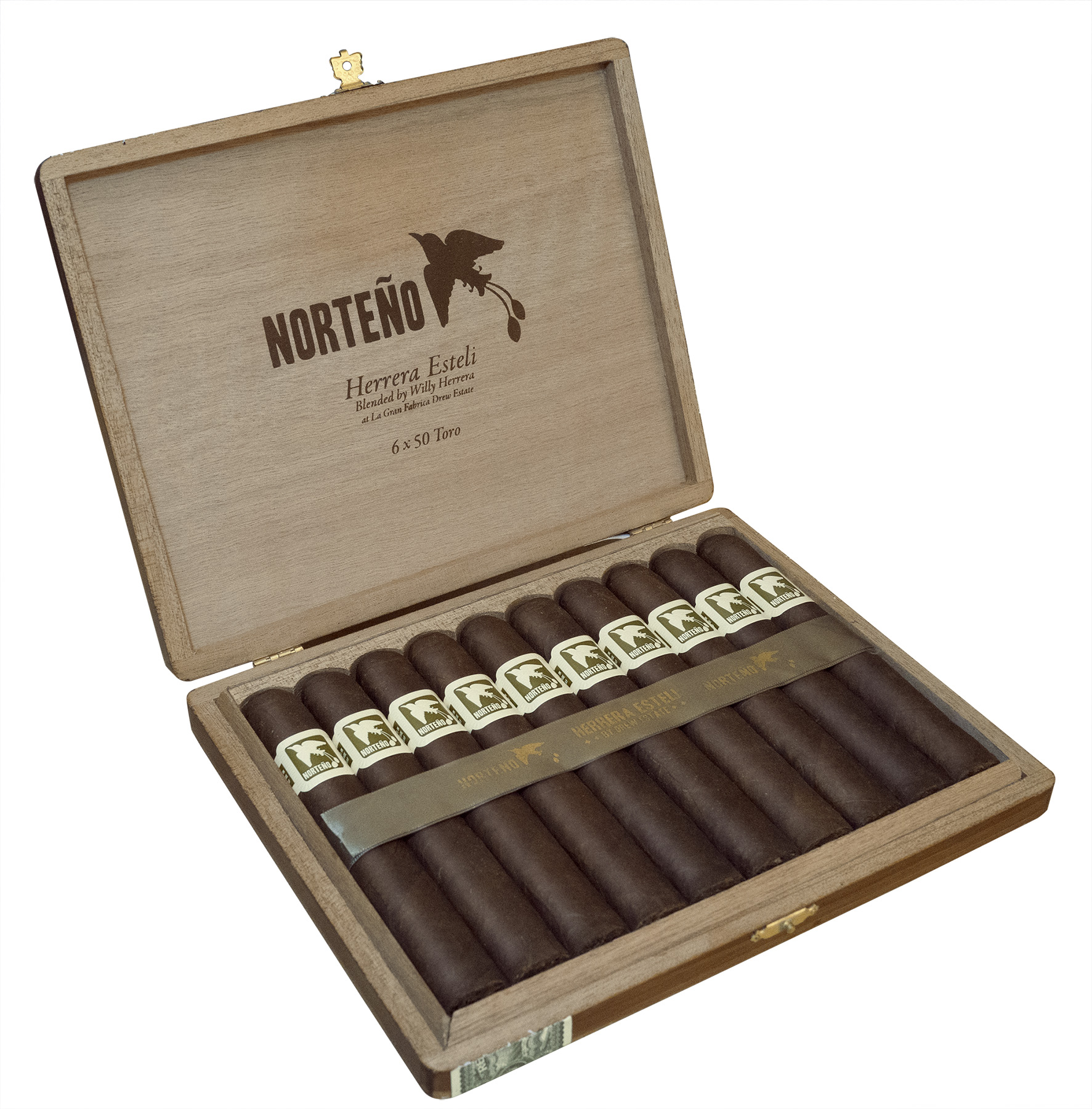 Here are the final six sizes of the Herrere Esteli Norteno