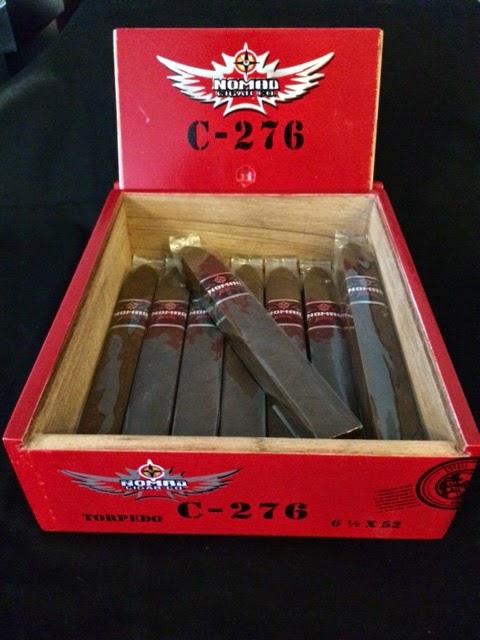 Nomad Cigar Company has officially released details on its fourth regular production line, and fifth line overall – the Nomad C-276.  The C-276 is meant to round out Nomad’s portfolio of offerings and join its place with the Nomad Dominican Classic, Nicaraguan S-307, and the Nomad Connecticut Fuerte.  The C-276 will officially be launched at the 2014 IPCPR.

Made at the A.J. Fernandez Cigar Factory, the C-276 is described as a full flavored complex blend with five different filler tobaccos, including two ligeros.  It also marked company founder Fred Rewey’s first venture into using tobacco from Ometepe.

“When I was blending the C-276 I approached it in layers. I kept trying to add layers and layers of flavor but didn’t want to overpower any one tobacco in the process. At one point I was struggling to add a final component that I couldn’t quite nail down. It was suggested to me that I visit Ometepe and check out that tobacco – it was the best addition to this blend I could make – it just came together,” said Rewey.

As with his Nomad S-307, and Nomad Esteli Lot 1386, Rewey incorporates geography into the name.  The name of the cigar pays tribute to the island of Ometepe.”The “C” is for Concepcion, one of two volcanoes on Ometepe Island. “276″ is the square kilometers of the island. It seemed a fitting tribute to an incredible island growing amazing tobacco.” said Rewey.

The Nomad C-276 will be available in five sizes in 21 count boxes.  Like the Nomad S-307, the cigars will be box-pressed.