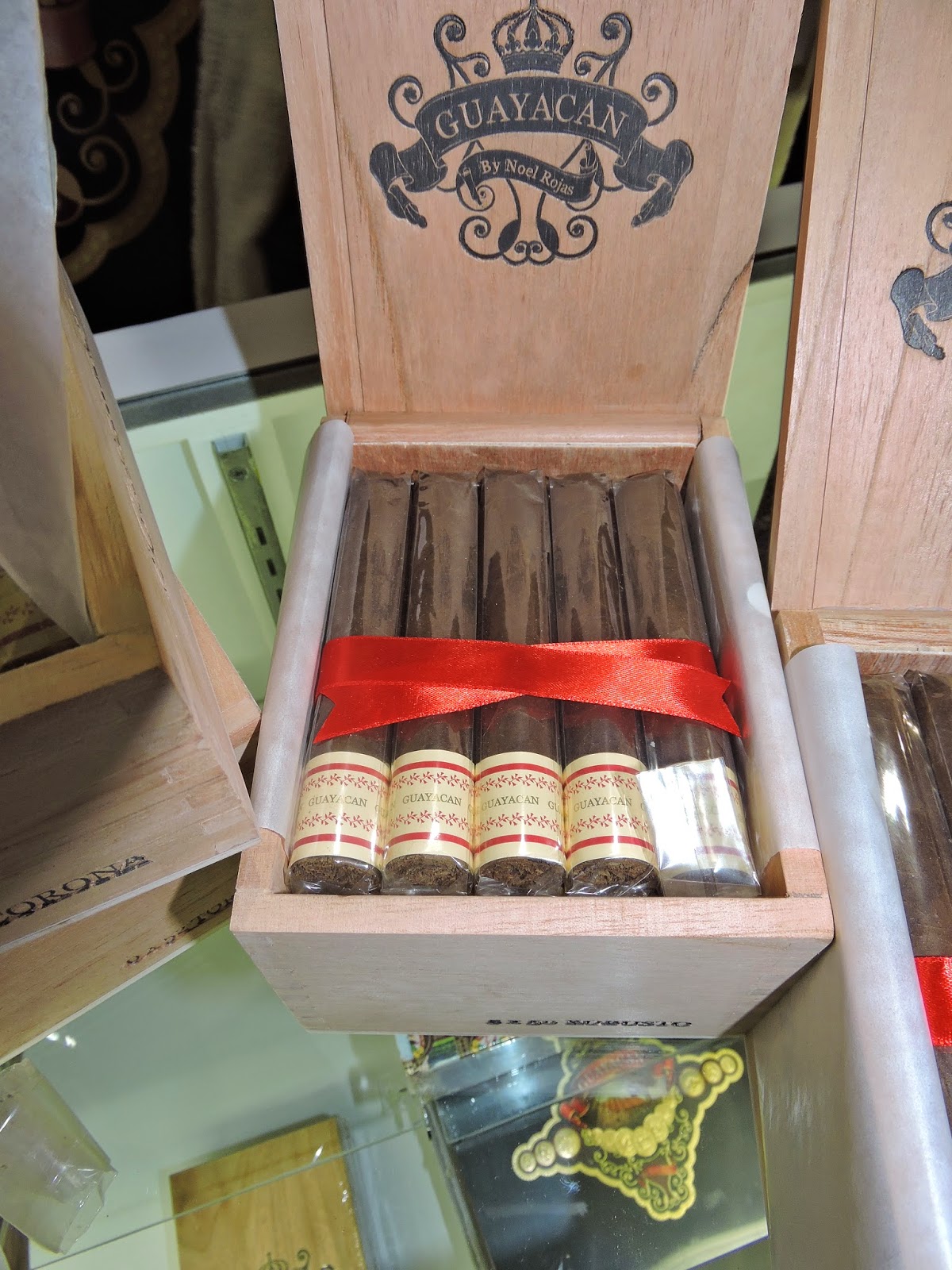 At the 2014 IPCPR Trade show, Noel Rojas showed off his long-awaited Guayacan Maduro.  This was original a line that was showcased at the 2013 IPCPR Trade Show.  It now appears that this cigar is heading to retailers.

The final product has packaging that is different than what was showcased at last year’s show.

2014 has proven to be a busy year for Rojas.  He recently moved into a larger factory (Tabacalera Aromas de Jalapa).  In addition, he also launched another new line called Sabor de Esteli.  Rojas has also been involved in producing cigars for several other companies.  Guayacan Cigars is one of nine companies distributed by House of Emilio, but is the one company under that umbrella that has its own factory.

At a glance, here is a look at the Guayacan Maduro:

The Guayacan Maduro is being launched in four sizes.  Each size is available in 20 count boxes.