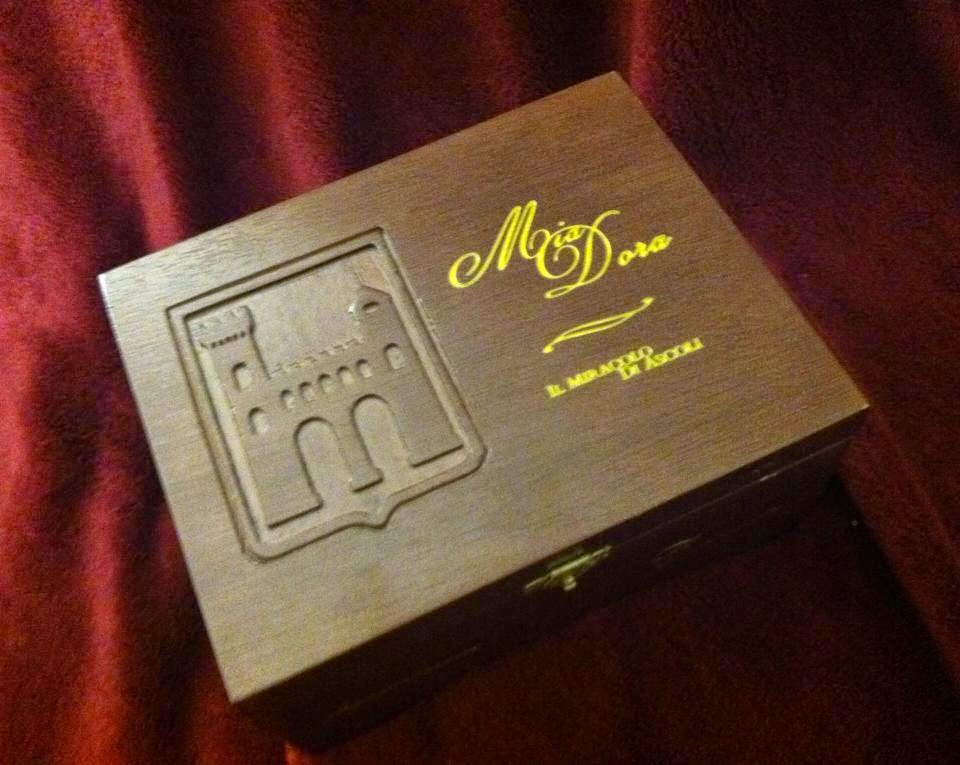 The Mia Dora cigar has been a long awaited cigar from Emilio fans.  It was back in March 2013 when brand developer Gary Griffith announced the project. Today, Emilio Cigars has finally announced the availability of the Mia Dora.

Griffith has said the Mia Dora cigar is a tribute to the woman in his life who he loves, Dora Paoletti Lilly.  The cigar bands feature a theme dedicated to the town of Ascoli Piceno – the birthplace of Dora.

The boxes are embossed in gold, while the cigar bands feature a theme dedicated to the town of Ascoli Piceno in Italy, birthplace of the ancestors of the love of Griffith’s life, Dora.

Back on the April 12th edition of Stogie Geeks, Griffith explained that the delay occurred because of the last year’s move of the A.J. Fernandez factory (who makes Mia Dora). Valuing his relationship with Fernandez, Griffith opted to not create a logistical challenge for Fernandez and opted to hold off on production.

At a glance, here is a look at the Emilio Mia Dora:

The Mia Dora features a Habano wrapper over Nicaraguan Binder and Filler.

The Mia Dora has been launched in three sizes.  The Robusto and Toro are packaged in 21 count boxes while the Coronita is in 40 count boxes.  The boxes are embossed in gold.