The Nomad C-276 is the fourth regular production cigar released by Nomad Cigar Company.  The cigar made its debut at the 2014 IPCPR Trade Show in Las Vegas. 2014 saw Nomad Cigar Company add two regular production lines, the Nomad Connecticut Fuerte and the C-276. Company president Fred Rewey has divided his company’s production out of the Dominican Republic and Nicaragua. While the Connecticut Fuerte was made in the Dominican Republic, the C-276 is made in Nicaragua. With the C-276, Rewey’s goal was to add a fuller, more complex cigar into his portfolio. Recently I’ve spent some time smoking the Nomad C-276 in the Robusto format. Overall, I’ve found this to be another outstanding release by Nomad – and one that continues to get better over time.

Rewey launched Nomad Cigar Company back in 2012 and has made no secret about his journey being a learning process and he viewed the C-276 as a learning process. In fact, Rewey mentioned on Stogie Geeks Episode 111 that a year prior to starting the C-276  he felt he would not have been ready to blend a project as the C-276; but now he felt he was ready.  As he worked on the blend, the final piece of the puzzle proved to be some tobacco from the island of Ometepe (located in Lake Nicaragua), which became the inspiration for the cigar name. The “C” stands for Concepcion, one of two volcanoes on Ometepe Island. while the “276″ is the square kilometers of the island.

Without further ado, let’s take a closer look at the Nomad C-276 in the Robusto format and see what this cigar brings to the table.

Rewey described this as the most ambitious blend has has done – incorporating five filler tobaccos. In addition to the Ometepe tobacco, the C-276 uses two ligero leaves from Condega and Esteli. While Nomad has split its portfolio between the Dominican Republic and Nicaragua, there is one common thread – the use of Ecuadorian grown wrappers in all four regular production cigars as well as the limited edition Nomad LE Esteli Lot 1386. In this case, it’s an Ecuadorian Habano Oscuro wrapper – the first Oscuro used by Rewey.

The Nomad C-276 will be available in five sizes in 21 count boxes. Like the other Nicaraguan regular production cigar the Nomad S-307, the Nomad C-276 is a box-pressed offering.

The Nomad C-276 has a smooth milk chocolate color. Depending how the light shines on it, you might see a mahogany-like tint to it.  The box-press isn’t a “rock hard” press, but its still firm enough for my liking. There was light oil coat on the wrapper. While there are some thin veins and thin wrapper seams present, I found this to be a smooth surface.

The band of the Nomad C-276  is very similar to the Nomad S-307. The band features a black, silver, and red color scheme. The background is black in color. Highlighting this band is the winged Nomad logo with a navigator symbol at the top. The text “NOMAD” is on the logo in a white colored modern style font. To the right of the band is the text @GODFADR (which is Rewey’s Twitter handle).

As I typically do, I went with a straight cut to begin the cigar experience.  Once the cap was clipped,  I proceeded with the pre-light draw.  The cold draw of the Nomad C-276 provided a mix of milk chocolate and cedar spice notes. Overall, I found the dry draw of the C-276 to be excellent and provide a nice “appetizer” of what would follow. At this point I was ready to light up this cigar and see what the smoking phase would have in store.

The start to the Nomad C-276 Robusto delivered some notes of milk chocolate and cedar spice. There also were some secondary notes of black pepper as well as a slight floral note. The retro-hale also produced notes of cedar spice and black pepper. As the C-276 moved through the early stages, a nut flavor emerged.

By the middle of the first third, the milk chocolate, cedar, and nut notes became primary and started to alternate in intensity. The pepper notes remained secondary. The floral notes dissipated before the end of the first third. The milk chocolate notes delivered some sweetness while the cedar and pepper contributed more in the way spice. At the same time, while there were two ligero leaves, the spice never assaulted the palate.

By the second half, the nut flavors receded into the background leaving the milk chocolate and cedar notes in the forefront. Meanwhile the pepper remained in the background.  The C-276 maintained a nice balance of sweetness and spice.

Whether a Dominican or a Nicaraguan cigar, Nomad’s cigars always seem to score very nicely – and the Nomad C-276 Robusto is no exception. The C-276 maintained a straight burn path and relatively straight burn line. The resulting ash had a salt and pepper color to it. While it wasn’t an overly firm ash, this was not a loose or flaky one either. The burn rate and burn temperature were ideal. 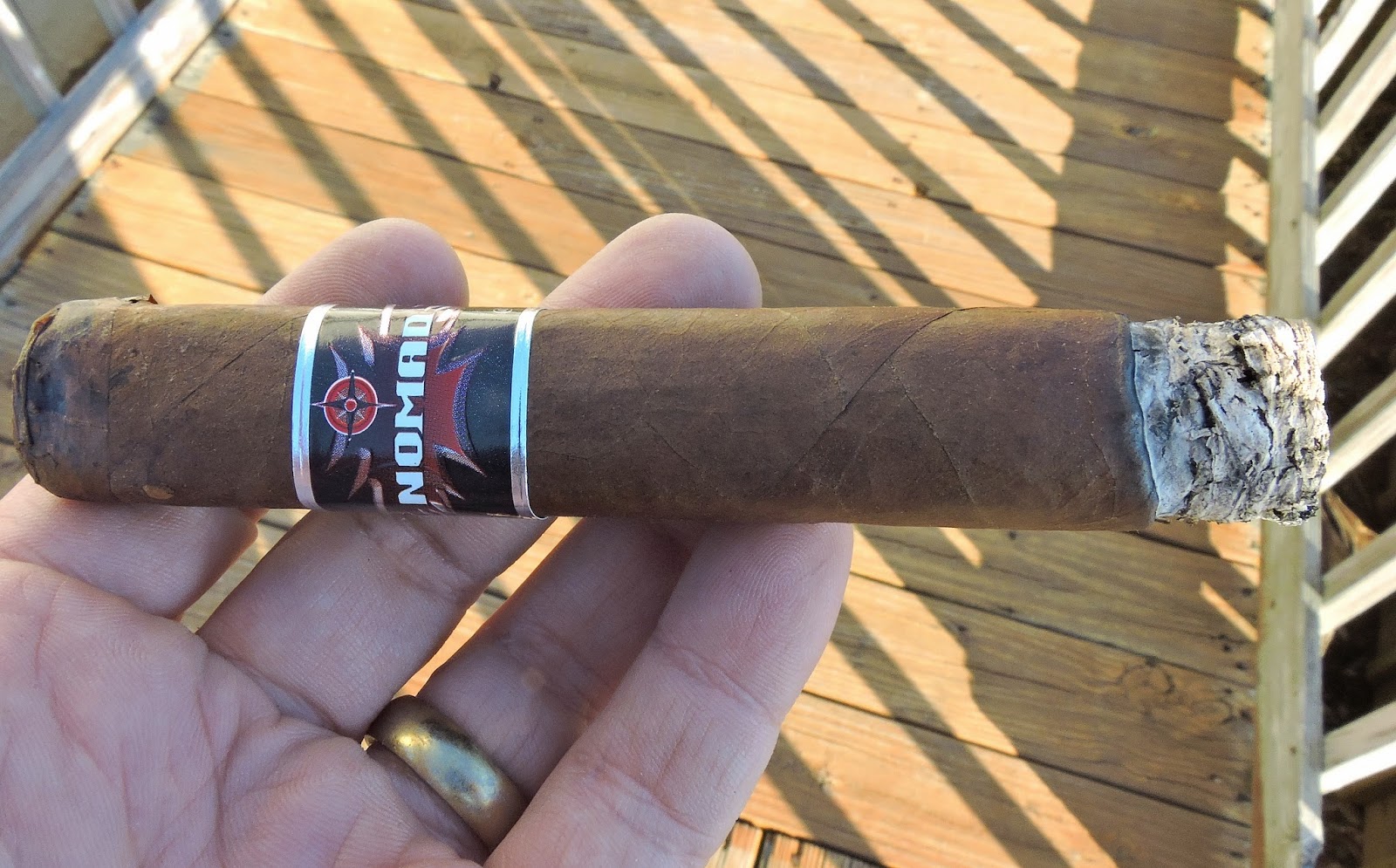 The draw performed very well too. It wasn’t too tight, nor was it too loose. The Nomad C-276 Robusto proved to be a low maintenance draw to derive flavors from.

In terms of delivering a fuller cigar in his portfolio, I believe Rewey has succeeded with the C-276. With two leaves of ligero, one might expect a power bomb; but this is not the case with this cigar. I found the Nomad C-276 Robusto to be a cigar that is on the upper end of medium to full in both strength and body. From my original smokes of the C-276 last summer, I did find some time in my humidor did tame the blend. In terms of strength versus body, I found the C-276 balanced both very nicely with neither attribute overshadowing the other.

One thing that sometimes gets overlooked is how different each of Rewey’s cigars are from a flavor standpoint. Each cigar in the portfolio has its own identity, and with his four lines, there should be something for everybody to enjoy. As I mentioned, the C-276 Robusto is going to deliver that fuller, but not overpowering cigar. I really liked how both the sweetness and spice balanced each other with this cigar. Finally, this cigar appears to do well with some aging in the humidor. The time I had these tucked away created a smoother, tamer, and slightly more complex smoke. I’d probably steer this cigar to more of a seasoned cigar enthusiast. As for myself, it’s definitely a cigar I’d smoke again and it’s one that is worthy of a box split.