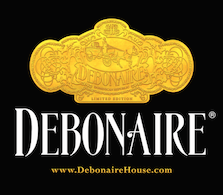 Phil Zanghi was a featured guest on Episode 137 of Stogie Geeks. Zanghi recapped what has been a banner year for him over the past year, which was highlighted the introduction of the Debonaire Maduro line and the Debonaire First Degree line extension.  He also discussed plans for two projects he has planned for the 2015 IPCPR Trade Show, the Debonaire Maduro 33rd Degree and the new Indian Motorcycle Ultra Premium Cigar line.

Zanghi has often talked about the “Idea to Ideal” concept, which in a lot of ways expands on the concept of seed to store.  Things such as the Debonaire brand and Indian Motorcycle concepts are ideas he has had. In addition, Zanghi is very hands on with all aspects of the production of his cigars. He personally has taken to the road to introduce his product to consumers leading to what he has termed the “Debonaire Ideal”. Zanghi’s goal is to produce a high quality product which in turn can be smoked by cigar enthusiasts and used as a catalyst for positive conversations and interactions.  This theme really reflects in his current portfolio as well as his future plans.

Zanghi said there will be 500 ten count boxes produced. He said the target accounts will initially be the key retailers who supported Debonaire.

The 33rd Degree refers to the highest rank in the freemasons.

If you watched the Stogie Geeks 3rd Anniversary Show, Zanghi broke news that he re-acquired the Indian Tabac trademark for cigars. He had also announced that he will be using the name to launch Indian Motorcycle Ultra Premium Cigars. Zanghi is working with Polaris (who now makes Indian Motorcylces). The cigar line will incorporate an early Americana theme reminiscent of Indian Motorcycles from 1901 to 1954 – consistent to what Polaris is doing.

In terms of the new line, Zanghi said there will be a Connecticut Broadleaf Maduro wrapper offering as well as a Habano wrapper offering. The Habano will use a Dominican Habano (as opposed to a Nicaraguan Habano which is on the Debonaire Habano line). Zanghi said the Indian Motorcycle blends are totally different, but will contain the same Dominican binder found on the Debonaire line.  Pricing is targeted in the $6.00 to $8.00 range.

Zanghi commented, “I blended it toward the experience of all my years with the Indian motorcycles I was around.  The feeling on getting on one of those bikes. The freshness of the air, but also the power of the bike.”

Zanghi pointed out that the Indian Motorcycle Ultra Premium line will be something completely different than the Debonaire line “They are they’re own animal themselves. They are nothing Debonaire. I blended outside the box. I didn’t want it to be anything like Debonaire.”