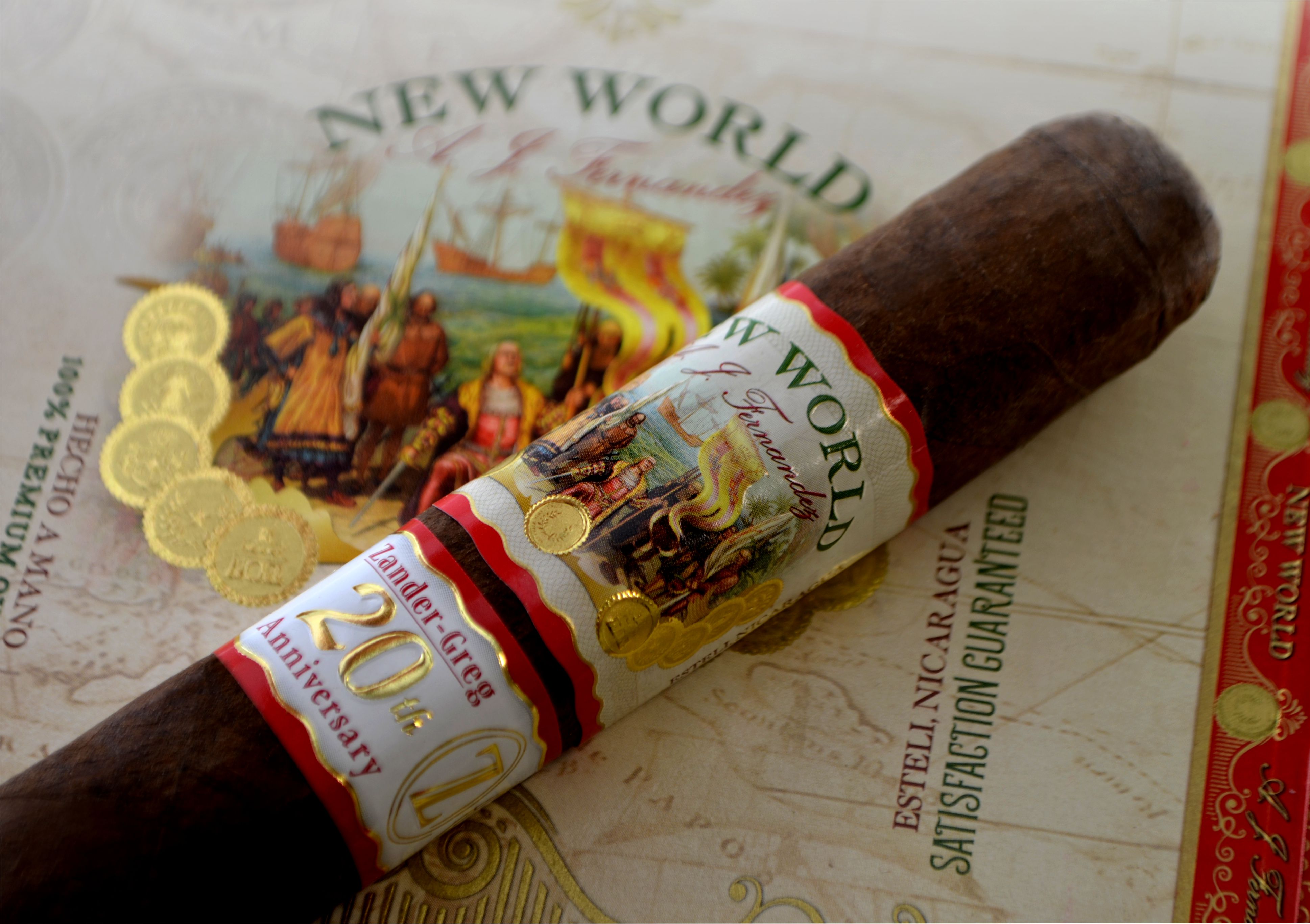 Cigar Distrbutor Zander-Greg is celebrating twenty years in the cigar business.  As with such an occasion, there will be the Zander-Greg 20th Anniversary cigar coming out.  However, there is an interesting twist for this project as Zander-Greg will be teaming up with A.J. Fernandez and will receive what is described as a “slightly tweaked” blend of the A.J. Fernandez New World. The cigar is targeted for a September release and it is anticipated this cigar will be shown off at the 2015 IPCPR Trade Show.

The Zander-Greg 20th Anniversary is a Nicaraguan puro.  It will also be offered in the same four box-pressed sizes as the A.J. Fernandez New World.  Like the regular offering New World it will be offered in 20 count boxes.  Pricing will be in the $5.00 to $6.00

The banding will feature the standard A.J. Fernandez New World, but will also feature a secondary band indicating it is the Zander-Greg 20th Anniversary cigar blend.

Over the past five years, Zander-Greg has moved into more premium cigar offerings – mostly around its Nat Cicco brand. In the past twelve months, the company has released the Nat Cicco HHB and Nat Cicco Aniversario 1965 offerings.

At a glance, here is a look at the Zander-Greg 20th Anniversary Cigar: