Agile Cigar Reviews replace what we termed “Assessment Updates”. The concept is the same, but the name is different. Agile Cigar Reviews use a lightweight, shorter format. These will never take the place of our comprehensive reviews. They are only used on blends we have previously assessed. This might be a blend we are re-scoring or providing a score for a first time. It might be a blend we are looking at in a different size. Today we look at the Tatuaje Avion 13 FF. This is a cigar we assessed back in October, 2013. 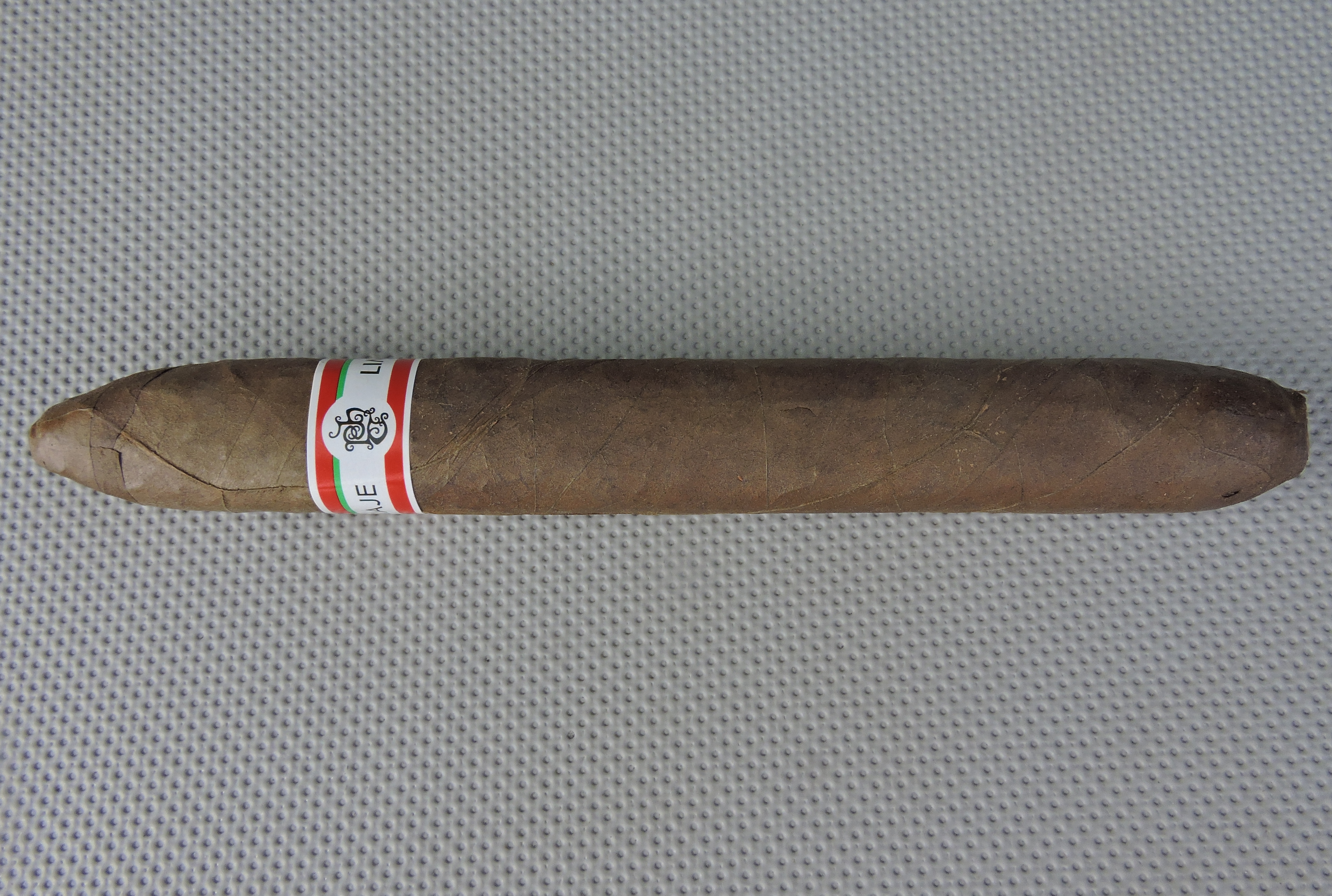 In 2011, Tatuaje Cigars introduced a regular production line called the Tatuaje Fausto. The Fausto is a blend based on a limited edition cigar called the Tatuaje T100. As a part the Fausto line, an annual limited production line extension called Avion would be a part of the project. Each year, the Avion introduced a different sized box-pressed perfecto. The series would hold true to form as the Avion 11 and Avion 12 would be the 2011 and 2012 releases respectively. In 2013 (which was the final year of the Avion series), the plan would be for a 6 7/8 x 52 size to become the Avion 13. In the middle of production, Tatuaje owner Pete Johnson decided to make change the wrapper of the Avion 13 from an Ecuadorian Habano Maduro to a Broadleaf wrapper. This new Broadleaf version would be called the Avion 13 Reserva. However, when the decision was made to change the wrapper, there were already 7,500 cigars produced with the original Ecuadorian wrapper. Johnson made a decision to bundle up these cigars and release them as a one time limited release. This cigar would be known as the Tatuaje Avion 13 FF. Now with nearly two years of age, we revisit this cigar.

While I had been positive on the parejo vitolas of the Fausto line, I had mixed results with the Avion extensions.  While the Avion 12 was a good cigar, the Avion 11 had been somewhat of a disappointment.  Before I had originally smoked the Avion 13 FF, I was skeptical because Johnson had made a decision to make a wrapper changed.  These fears proved unwarranted and I found the Avion 13 FF to be the best release of the series. Nearly two years later this cigar does not lose a beat.

The flavor-profile was very similar. I found the Avion 13 FF delivered notes of cocoa, earth, and pepper.  The pepper was definitely prominent on the retro-hale.  I also detected a slight amount of cherry sweetness during the smoke.  This isn’t the most complex cigar, but it delivers nice flavors.  The flavors are bold, robust, and full-bodied. These are countered by full-strength. As for the construction, I found the construction of the Avion 13 FF to be the best in the series.

Since there were only 750 bundle of ten (7,500 cigars), this is a tough cigar to track down, but worth it. While its scored a little lower than in 2013, this is more due to changes in the scoring system.  I found this to be a cigar that held up well with age.  This is definitely a box split in my book.