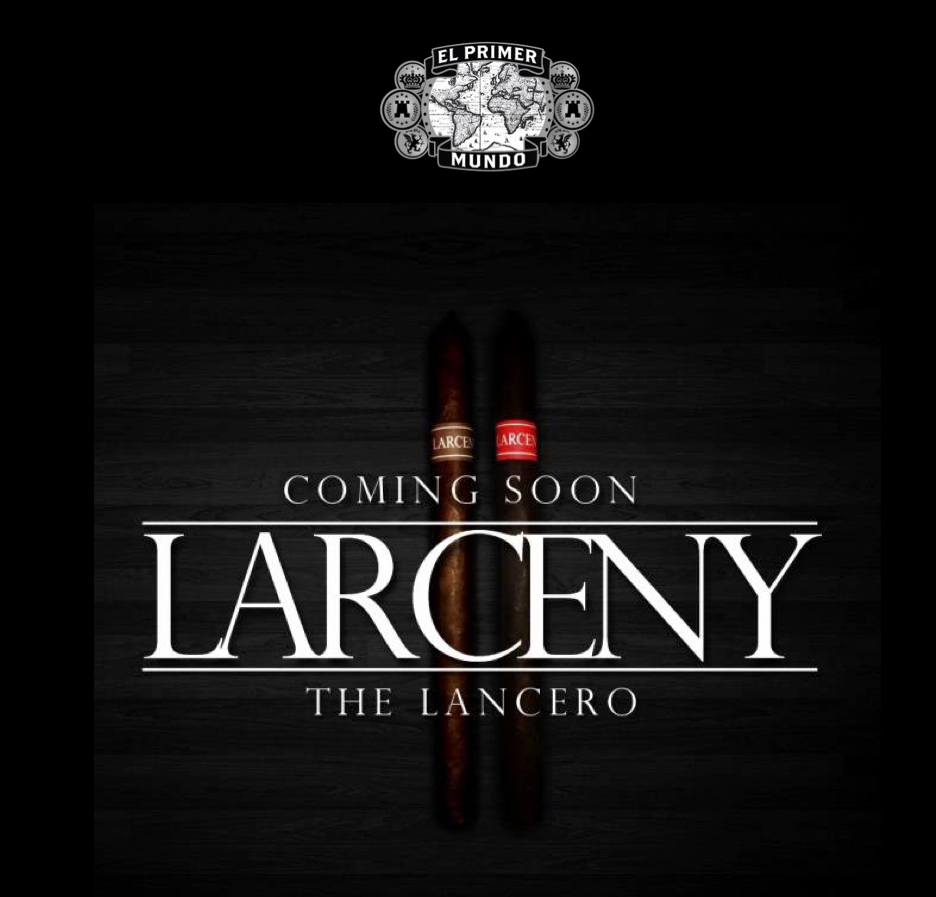 Sean Williams of Primer Mundo Cigars announced the second installment of the Larceny series. The Larceny project made its debut earlier this year as a collaborative project between Williams and Eddie Ortega of Ortega Cigars.The new vitola will be a 7 x 38 lancero and once again be small batch, limited edition project.This follows up the 6 1/2 x 52 Larceny Toro which was released earlier this year. Like the Toro size, the Larceny Lancero was produced at Erik Espinosa’s La Zona factory in Nicaragua.

The concept behind this project brand owner (Williams and Ortega) created a cigar for the other brand owner. Each brand owner released the swapped blend to the public under its own name. The result was the EPM Larceny by Eddie Ortega (a Ecuadorian Oscuro wrapper blend) and the Ortega Larceny by Sean Williams (a San Andres Maduro wrapper blend). For the first Larceny ten cigars of each blend were packaged in 20 count boxes. A total of 400 boxes were produced.

While the Larceny Toro was jointly promoted by Williams and Ortega, the Larceny Lancero is being promoted by Williams. The original blends, the EPM Larceny by Eddie Ortega and Ortega Larceny by Sean Williams are now being referred to as the Ecuador Oscuro and San Andrees Maduro blends respectively. Once again there will be ten cigars of each blend packaged in a 20 count box with a total allocation of 400 boxes.

Pricing for the Larceny Lancero will be $9.25 per cigar. The cigars are expected to ship in October, 2015.

At a glance here is a look at the Larceny:

For completeness, we list the two vitolas made in this blend.