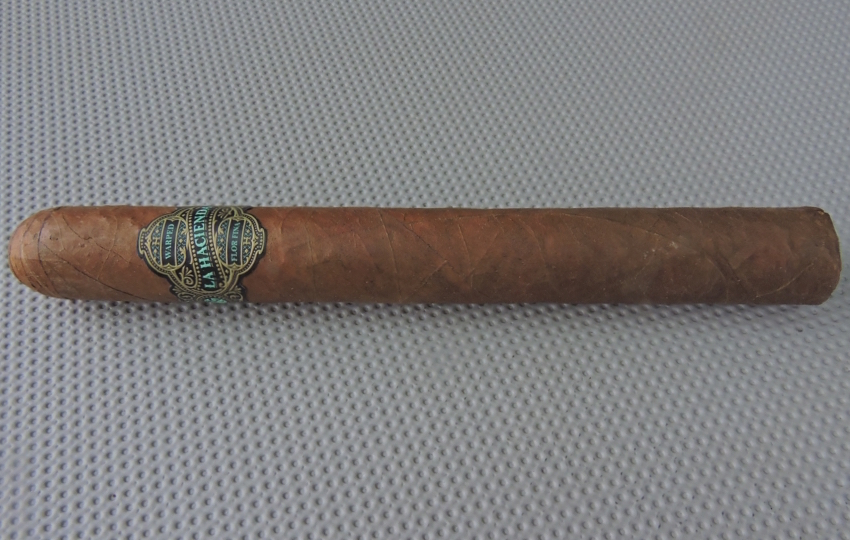 Warped Cigars was founded by Kyle Gellis. While the company has been around for quite sometime, it was last year when Gellis hit the ground running. Gellis currently utilizes two factories for his offerings. He leverages El Titan de Bronze for his (more) limited production offerings with La Colmena, El Oso, and Don Reynaldo. He also works with Casa Fernandez’s TABSA factory in Esteli Nicaragua for the Flor del Valle and La Hacienda lines.

Without further ado, let’s take a closer look at La Hacienda Superiores and see what this cigar brings to the table.

La Hacienda is a Nicaraguan puro highlighted by a corojo wrapper.

La Hacienda is available in two sizes.  Each of the two sizes are available in 25 count boxes. On a side note, the other vitola in this line, the Gran Robusto comes in a 52 ring gauge – the largest ring gauge produced by Warped Cigars to date.

The start to La Hacienda Superiores produced a mix of cedar and natural tobacco notes. In the background was a slight fruit flavor. During the early phases some nut flavors emerged. These nut flavors moved to the forefront quickly. I found the cedar-nut combination to have a nice fusion.  Meanwhile the natural tobacco notes receded into the background. By the ten percent mark, the fruit note had more of a prune sweetness to it. Meanwhile I picked up black pepper on the retro-hale.

The cedar-nut combination held into the second third. Occasionally, the prune sweetness briefly popped into the forefront. Meanwhile the natural tobacco notes morphed to more of a grassy flavor. Some of the black pepper now surfaced on the after-draw.

By the last third, I found the prune sweetness was now more prominent and was on-par with the cedar-nut notes in the forefront.  I still picked up some of the grassy notes in the background as well the pepper on the after-draw. This is the way the flavor profile came to a close. The resulting nub was cool in temperature, but soft to the touch.

Both the burn and draw scored nicely on the La Hacienda Superiores. The burn path and burn line remained relatively straight from start to finish. I found this is a cigar that didn’t require an abnormal amount of touch-ups. The resulting ash was firm with a light gray color. As for the burn rate and burn temperature, both were ideal. 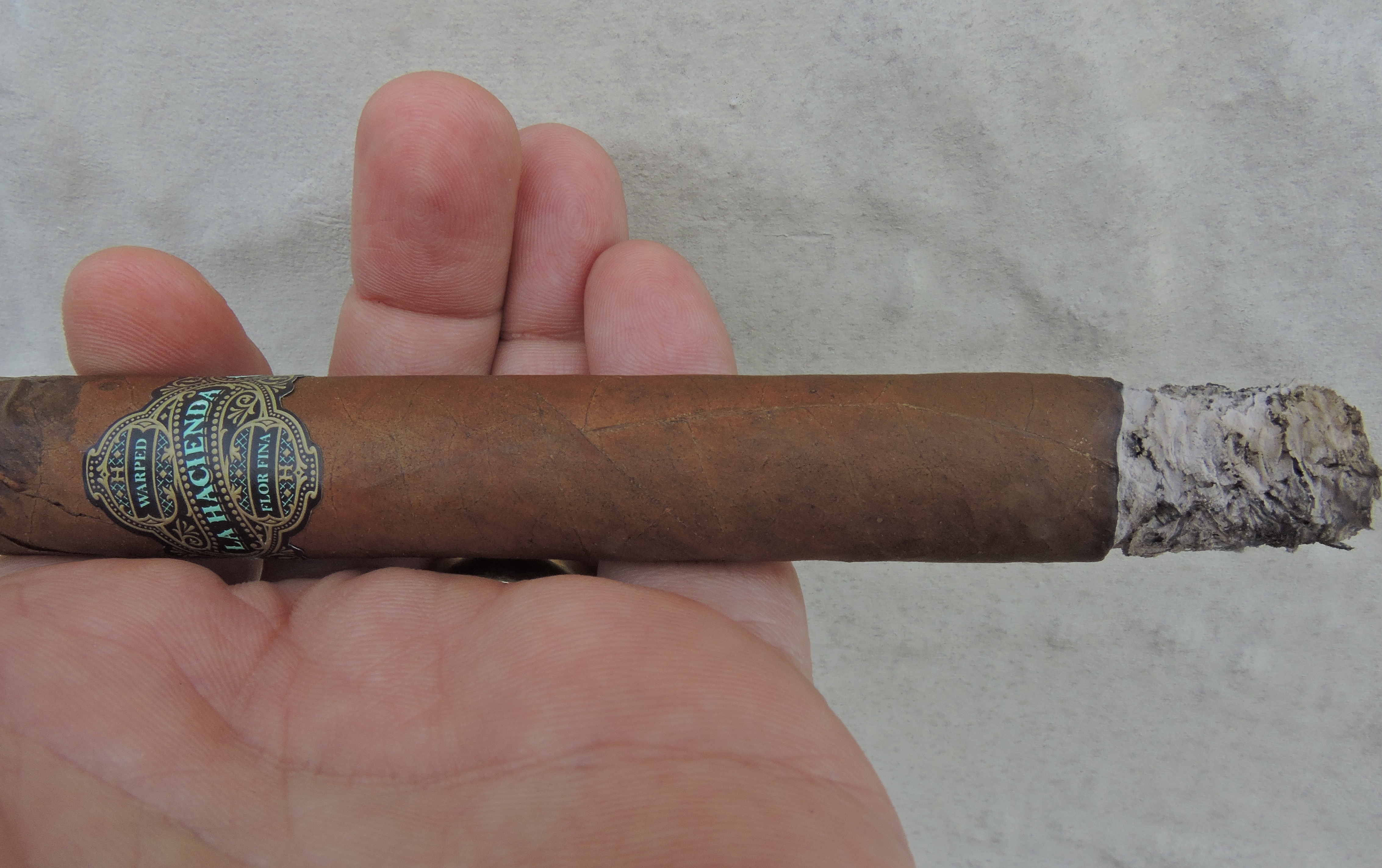 The draw to La Hacienda Superiores was what I would describe as open, but far from loose. This was a low maintenance cigar to puff on and derive flavor from.

This cigar seemed a little more amp’d up that I originally anticipated. From a strength perspective, I found this to be a solid medium to full strength cigar from start to finish. As for the flavors, they started out as medium to full-bodied. By the second third, I found the flavors increased in weight on the palate and moved into full-bodied territory. In terms of strength versus body, I found the body had a slight edge throughout the smoking experience

Last year when Warped Cigars bursted on the cigar scene, it seemed to be on the strength of the El Titan de Bronze lines of El Oso and La Colmena. However, there is equally some very good work going on with the TABSA produced blends. We’ve seen this with Flor del Valle and especially Sky Flower – and now we are seeing this with La Hacienda. La Hacienda is a cigar with very good flavor and a nice amount of complexity. I found the Corona Gorda size of the Superiores to work beautifully with this blend. While this was positioned as a “medium” cigar, I still found this to be more amp’d up in terms of strength and body.  As a result, I’d probably steer this to a more seasoned cigar enthusiast, but wouldn’t discourage a novice from trying. Meanwhile this is a cigar I would definitely smoke again – and it’s one worthy of a box split.