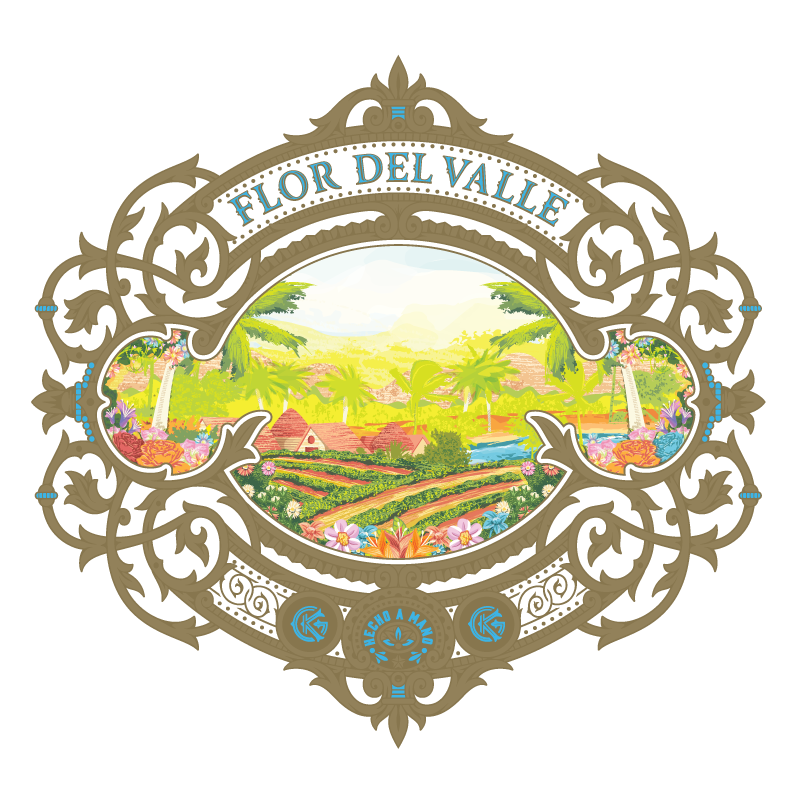 The 2014 IPCPR Trade Show will be a busy one for Kyle Gellis’ Warped Cigars.  Today the company has announced they will be unveiling a Nicaraguan puro at the 2014 Trade Show.  The Flor del Valle becomes the third line released by Warped Cigars in 2014 joining El Oso and La Colmena, the latter which will also be launched at the trade show.

Flor del Valle, which translates to “flower of the valley” is intended to be a regular production cigar.

While El Oso and La Colmena were done at El Titan de Bronze in Miami Florida, Gellis turned his attention to Nicaragua and has teamed up with the Casa Fernandez Factory in Esteli, Nicaragua to make this cigar.

Flor del Valle will use 100% Aganorsa tobacco and employ traditional Cuban cigar making techniques such as entubado bunching and Cuban triple cap.  The cigar itself is described as a medium-bodied smoke.

After launching El Oso earlier this year, Warped Cigars has shaped up plans for a busy IPCPR Trade Show.  In addition to announcing the Flor del Valle, the company has made several other announcements.  The La Colmena line will be launched at the show and will feature an exclusive size available only for order on the trade show floor called La Colmena Unico Especial.  The company also is planning a lancero line extension to its El Oso line called “MaMa” that will feature a San Andres Mexican wrapper.  In addition, earlier this year, the company also has launched a line of cigar cases.

At a glance, here is a look at Warped Cigars Flor del Valle:

As mentioned, Flor del Valle is an all-Nicaraguan puro.