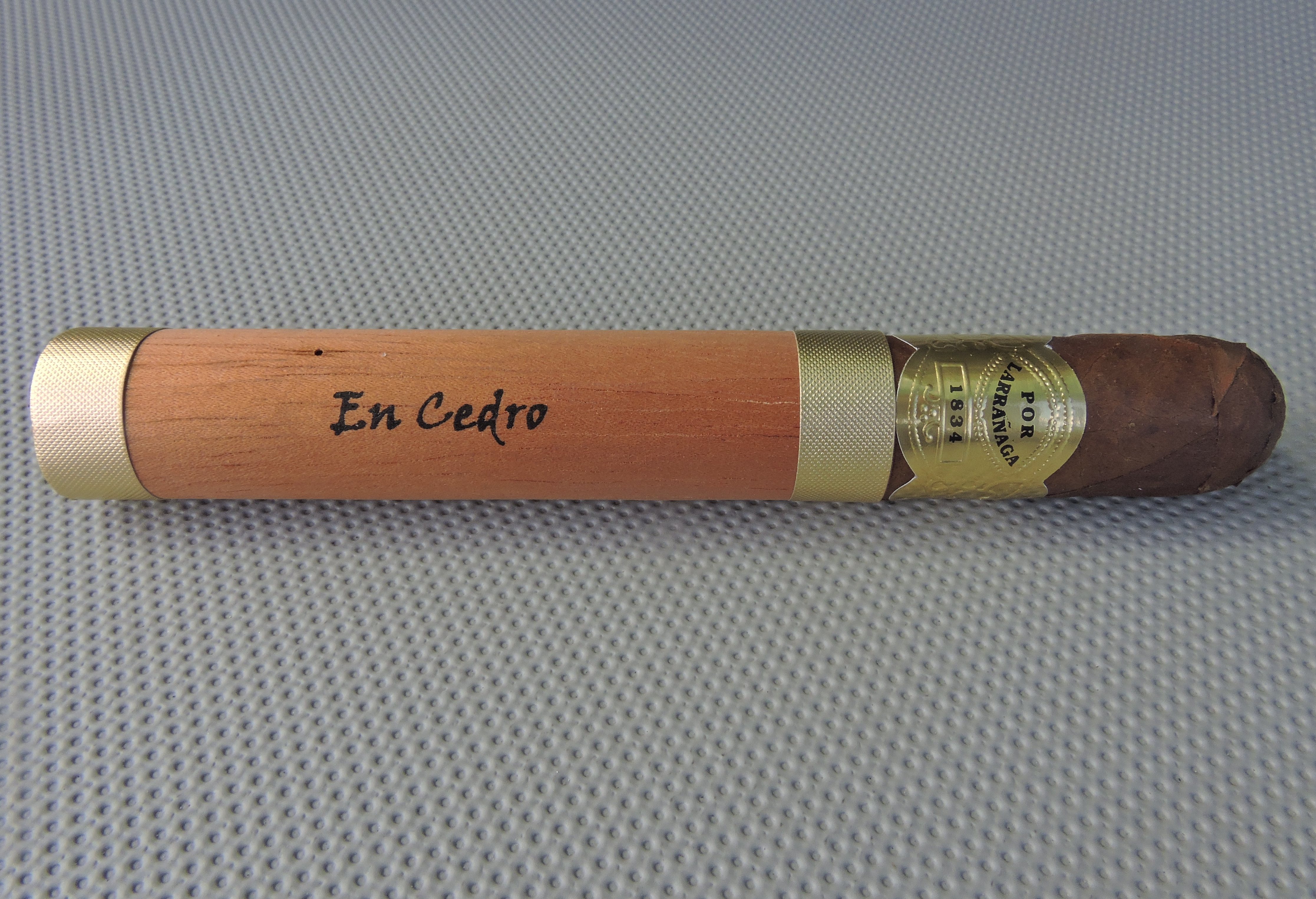 Earlier this year, the Tobacconist Asssociation of America (TAA) announced its annual TAA Exclusive Series. This is a set of cigars released by various manufacturers that are only available to retailers that are TAA members. The TAA Exclusive Series has grown over the past few years and 2015 represents the most ambitious release to date as ten new blends were added to the series. When adding these blends to five on-going TAA releases it brings the total cigars for 2015 available to TAA members to fifteen. Once again, Atladis USA is one of the manufacturers making a cigar in the series. This year, the cigar comes under the Por Larranaga brand with the release of the Por Larranaga TAA En Cedro.  For Atladis USA, the release of this cigar resurrects what has been a dormant line in the company’s portfolio. Recently I’ve had an opportunity to smoke this cigar. This cigar is going to offer a milder offering into the 2015 TAA Exclusive Series. While the Por Larranaga TAA En Cedro is certainly a cigar I would encourage cigar enthusiasts to try, ultimately I think it falls a little short in what I expect from this series.

Without further ado, let’s break down the Por Larranaga TAA En Cedro and see what this cigar brings to the table.

The Por Larranaga TAA En Cedro is being released in one size – a 6 x 54 Toro. The cigars are packaged in 16 count boxes with a total production of 1,000 boxes.

The wrapper of the Por Larranaga TAA En Cedro has a strong colorado tint to its color scheme. Upon closer examination, there is some darker marbling in the color scheme.  There wasn’t much in the way of oils on the wrapper. The wrapper also had a rougher complexion to it. There are some thin visible veins as well as some visible wrapper seams.

The Por Larranaga TAA En Cedro features a gold band. The band features the text “POR LARRAÑAGA”  in black font with the later word slightly curved. Below that text is the text “1834” (also in black font) surrounded by a small gold etched rectangular frame. 1834 represents the year the original Cuban brand was founded by Ignacio Larranaga. The remainder of the band has gold etching on it. 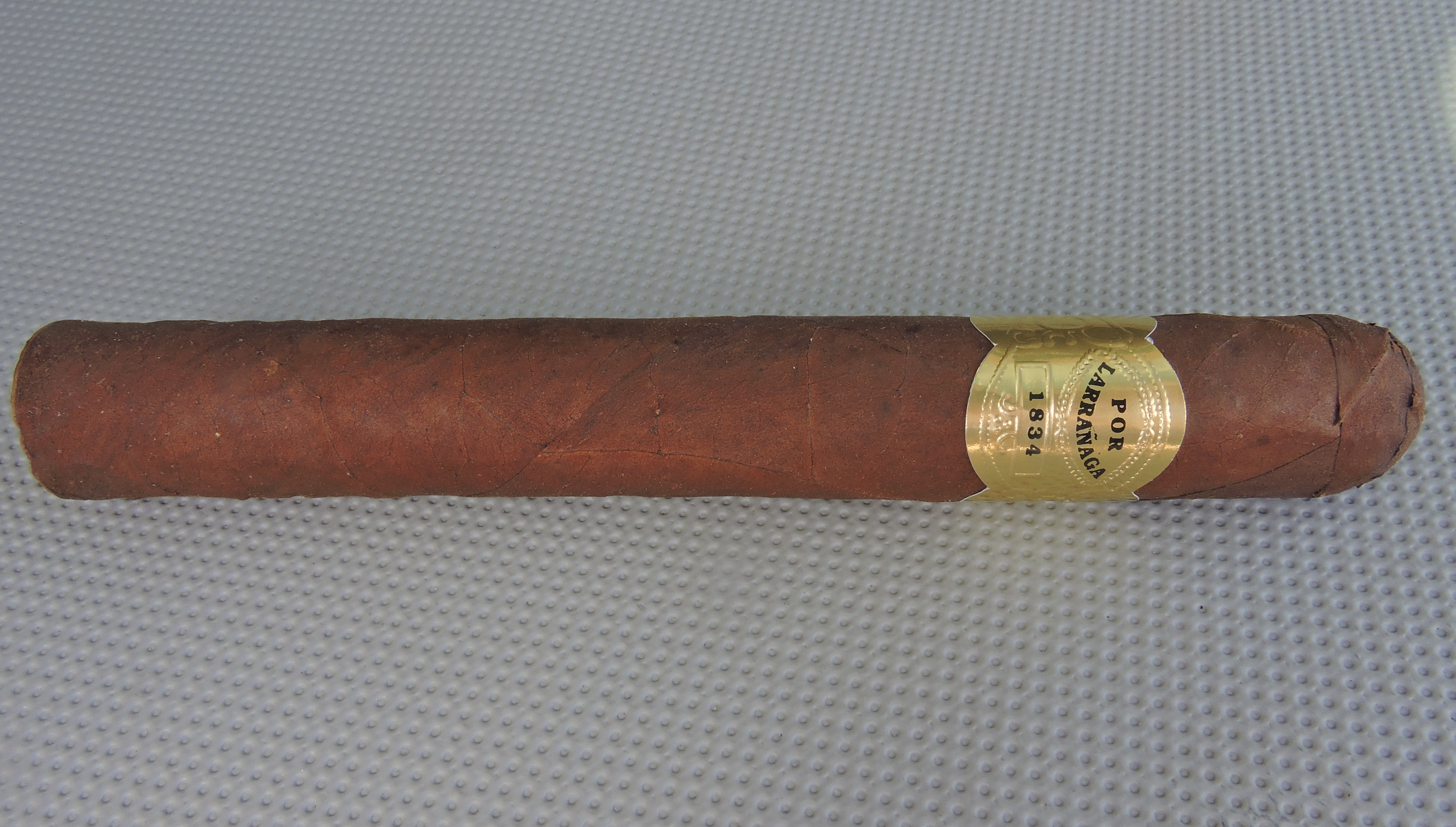 The cigar features a cedar sheath covering most of the cigar from the footer to the band.  On the sheath is the text “En Cedro” in a modern style black font.  The upper and lower part of the sheath has a gold ribbon surrounding it.

Prior to lighting up the Por Larranaga TAA En Cedro, I first removed the cedar sheath. From that point, I went with my usual choice of a straight cut to remove the cap.  Once the cap was removed,  I proceeded with the pre-light draw.  To no surprise, the dry draw produced plenty of cedar notes.  There was a slight bittersweet note that I couldn’t quite place my finger on. I also detected some notes of cream and wood. While I didn’t get a lot of “wow” factor flavor-wise with this pre-light draw, it was still a satisfactory one. At this point I was ready to light up the Por Larranaga TAA En Cedro and see what the smoking phase would have in store

The Por Larranaga TAA En Cedro started out with a continuation of the cedar notes  There was also a note that seemed to be a fusion between earth and natural tobacco. There was also a slight cream note in the background. On the retro-hale, I detected a combination of cedar and black pepper.

The last third of the Por Larranaga TAA En Cedro saw the cedar note become more spicy than sweet. I also picked up some generic wood notes.  The earthy tobacco notes diminished somewhat, but were still present in the background. This is the way the cigar experience came to a close. The resulting nub was slightly soft to the touch and cool in temperature.

When it came to the burn of the Por Larranaga TAA En Cedro, it performed quite well. The burn path remained straight from start to finish. The burn line itself had some jaggedness from time to time. There were some touch-ups required along the way, but the amount of touch-ups were not out of the ordinary.  The resulting ash was a charcoal gray color.  It wasn’t an overly firm ash, nor was it a loose ash either.  The burn rate and burn temperature were ideal 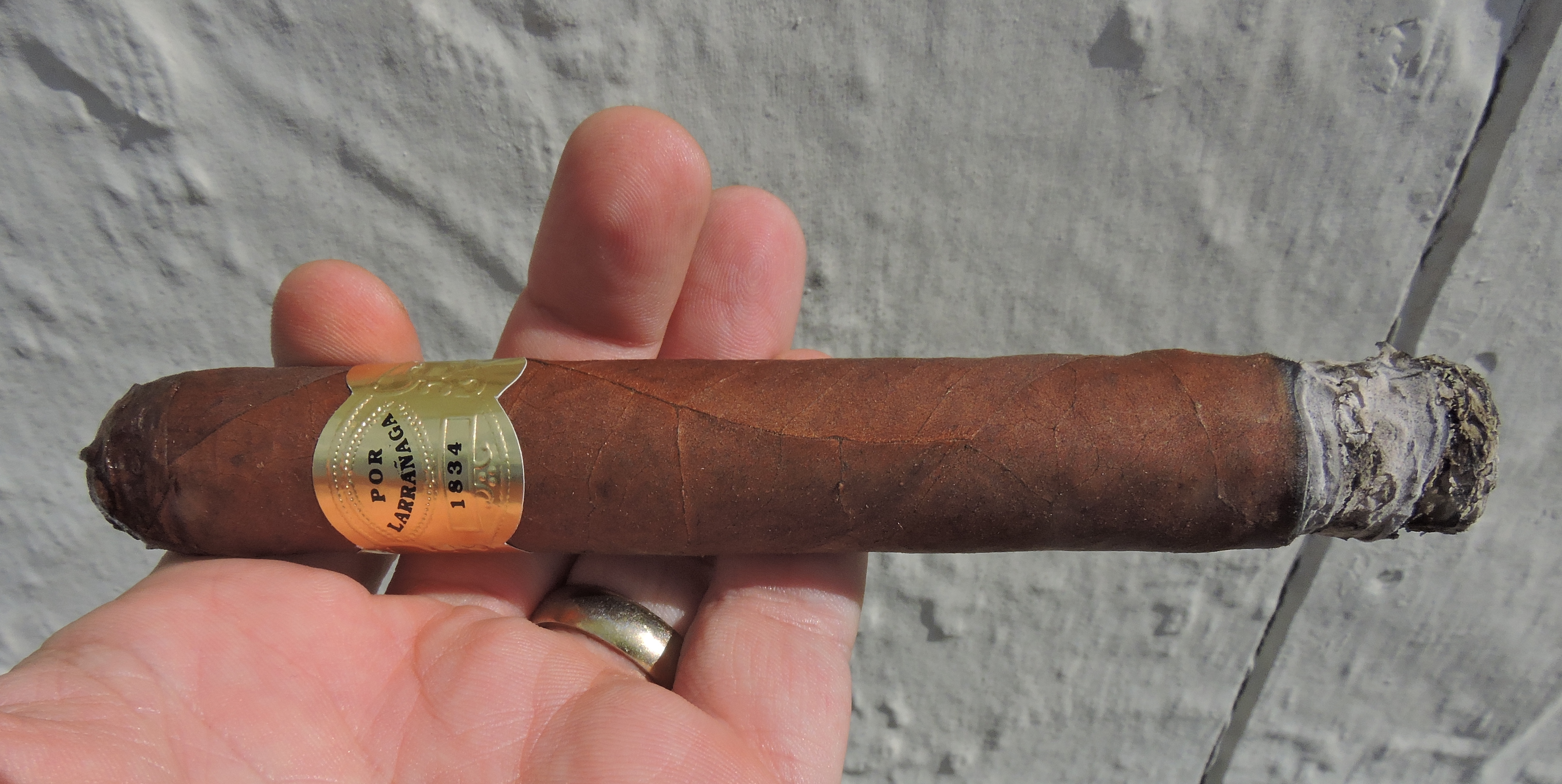 From both a strength and body perspective, the Por Larranaga TAA En Cedro is going to be one of the milder Nicaraguan puros I have encountered. Strength-wise this is a cigar that I assessed mild from start to finish. As for the flavors, there is not going to be a lot of weight on the palate. I assessed the Por Larranaga TAA En Cedro as being a mild to medium-bodied cigar. Overall when it came to strength versus body,

While I do think the milder profile worked with the flavors delivered on the Por Larranaga TAA En Cedro, there was nothing that really stood out on these flavors. While there were some nuances along the way, this is was not a very complex cigar. Ultimately,  this was a cigar that seemed to be missing something.  The Por Larranaga TAA En Cedro is another example of what I have been seeing with the TAA releases over the past couple of years – namely it is consisting of a lot of ordinary cigars, but very few standout cigars. The growing number of cigars in this series continues to dilute it.  For me, the TAA Cigars should be the “best of the best”, and this is something I have not been seeing lately.

In the end, I would say, if you are looking for something on the milder side, and want a change from Connecticut Shade, then I’d encourage you to give this cigar a try and see what you think.