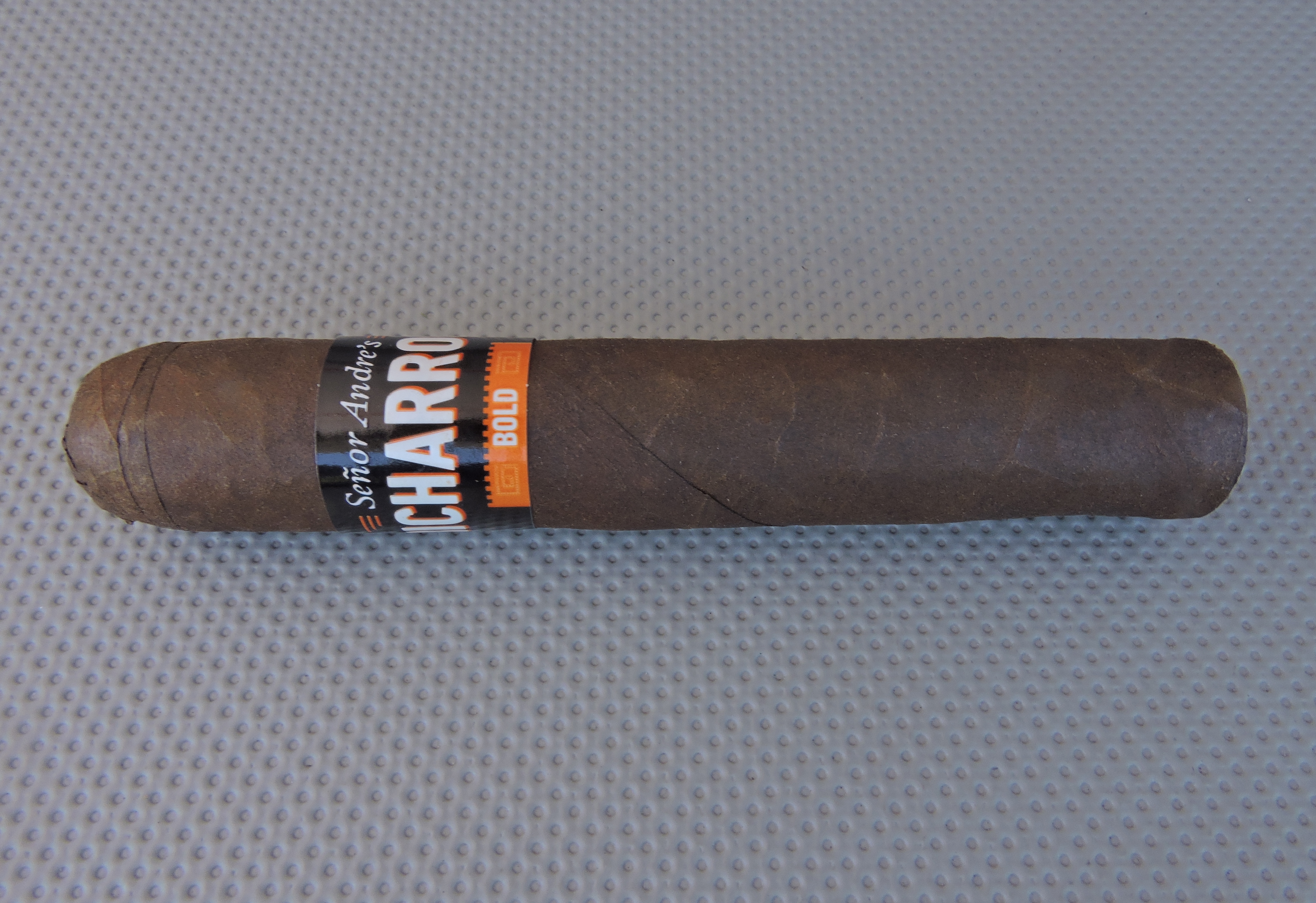 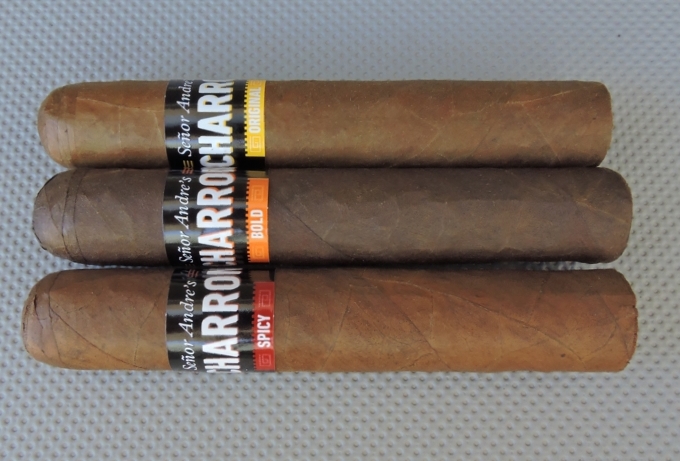 In terms of the cigar name, Senor Andre is a play on Viaje President Andre Farkas’ name (This cigar along with the Viaje Zombie Antidote are two cigars where Farkas’ name appears on the packaging). As for Chicharrones, this is basically a fried pork rind, but sometimes beef or chicken are used.

The three blends of Senor Andre’s Chicharrones are packaged together. It comes in a ninety-count cabinet style-tray with three compartments containing thirty cigars of each of the three blends. 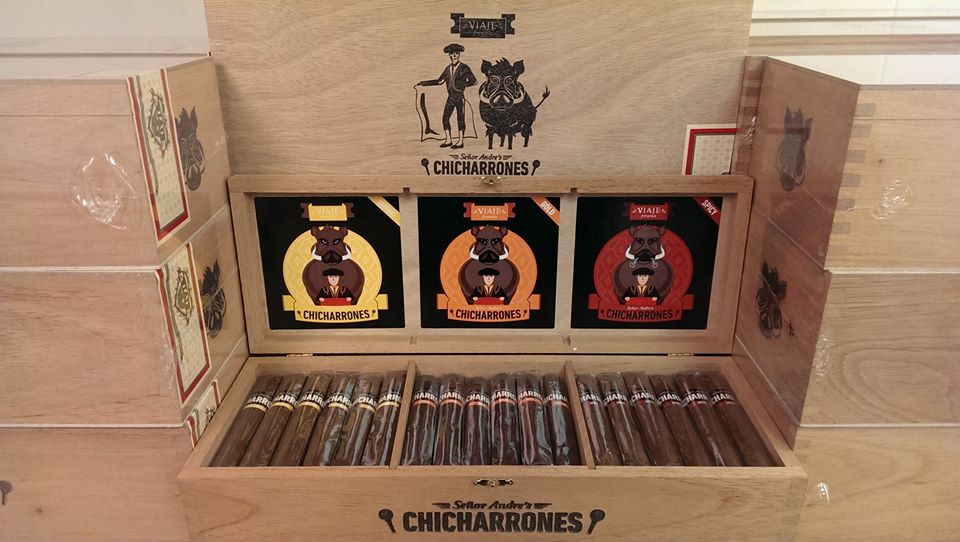 Without further ado, let’s take a look at Senor Andre’s Chicharrones Maduro blend and see what this cigar brings to the table.

For the Senor Andre’s Chicharrones line, Viaje turns to the TABSA factory in Nicaragua. Last year, Viaje started utilizing this factory when it launched the Viaje Collaboration 2014 and Viaje Cache lines. As typical with Viaje, the blend utilizes Aganorsa farm tobaccos from Nicaragua.

For all three blends of Senor Andre’s Chicharrones, they are available in a single vitola – a 4 1/2 x 48 Rothschild.

Senor Andre’s Chicharrones Bold’s maduro wrapper has a dark chocolate color to it. The wrapper itself has a light coating of oil on it. There are some visible veins on the surface, but the dark color of the wrapper does a good job at hiding most of the wrapper seams.

Senor Andre’s Chicharrones Bold starts out with notes of mocha, orange citrus, and white pepper. The orange citrus had a sweeter profile than the grapefruit citrus I had gotten on the pre-light draw. Sometimes citrus can bring out “young-ness” in a cigar, but not here as I found it had a nice sweetness. During the early stages, the. mocha and orange notes became primary early on. The white pepper moved into the background was joined by some earth notes. While the white pepper was a secondary note on the tongue, it was much more prominent on the retro-hale.

By the middle of the first third, the citrus notes were now the primary notes. The mocha notes had now joined the earth and pepper notes in the background. At the same time, the earth notes continued to play a more prominent role as the cigar experience progressed. By the second third, the earth replaced the citrus as the primary note.  The citrus, orange, and pepper notes now were in the background.

By the last third, the earth notes remained a primary note. This was now joined by the white pepper notes – which also made its way into the forefront. This is the way the cigar experience of Senor Andre’s Chicharrones Bold came to a close. The resulting nub was cool in temperature and firm to the touch.

When I smoked the Senor Andre’s Chicharrones Original and Spicy blends, I found these to be very well-constructed cigars. Senor Andre’s Chicharrones Bold follows suit here and this is reflected very nicely in the burn and draw. The burn path remained on a straight path from start to finish.  The actual burn line itself had a little jaggedness, but this was easily remedied with a touch-up. The Chicharrones Bold was not a cigar that required frequent touch-ups. The resulting ash had a mix of gray and black color. The ash itself was quite firm – coming off the cigar in clean chunks. The burn rate and burn temperature were ideal. 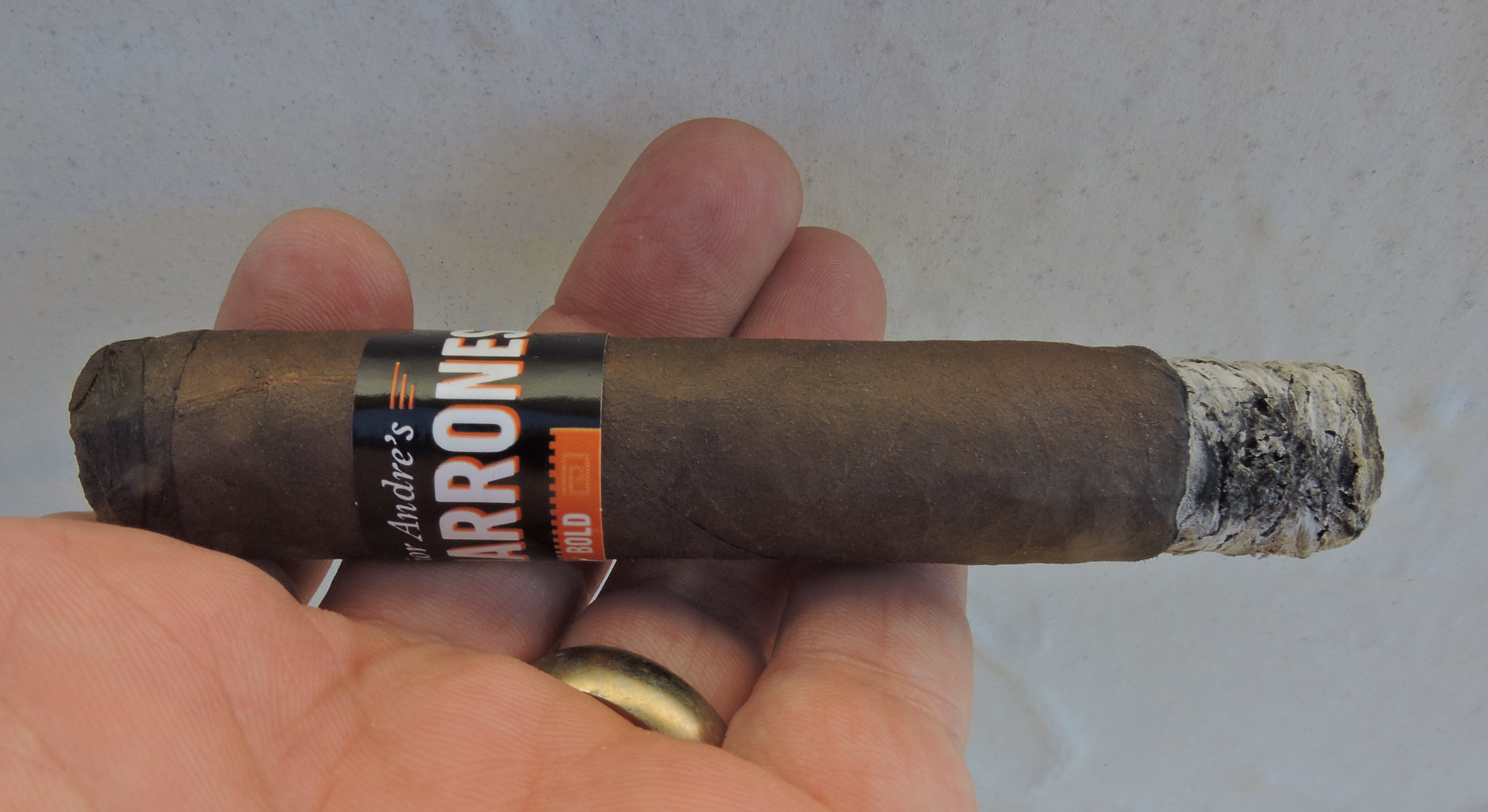 The draw to Senor Andre’s Chicharrones Bold followed suit with the way the Original and Spicy performed – namely it had a touch of resistance. This is something I consider to be a positive on the draw. As a result, this made the Chicharrones Bold an enjoyable cigar to puff on.

From a “bold” standpoint, I didn’t find Senor Andre’s Chicharrones Bold to be an overpowering cigar in terms of strength and body. At the same time it does deliver enough depth to satisfy. The strength level started out medium.  By the last third, I found the strength had progressed to medium to full. Meanwhile,I found the body to be on the upper end of medium to full throughout the smoking experience. When I compared this to how I smoked the Original, the Bold seemed to be very close in strength and body to that cigar. However, the Bold had about five plus month aging in my humidor, so its possible a little mellowing took place.

In terms of strength versus body, I gave an edge to the body throughout the smoking experience.

Overall, I have found Senor Andre’s Chicharrones to be an enjoyable and fun series of cigars to smoke. In general I have enjoyed many of Viaje’s maduro blends as well as may of the maduro cigars that come out of the TABSA factory.  I wouldn’t say this is the best maduro I’ve had from Viaje and TABSA, but this is still a cigar I enjoyed.  It’s a cigar I’d recommend on an experienced cigar enthusiast. It’s a great cigar for a novice looking for something a little stronger and a little fuller.