Agile Cigar Reviews replace what we termed “Assessment Updates”. The concept is the same, but the name is different. Agile Cigar Reviews use a lightweight, shorter format. These will never take the place of our comprehensive reviews. They are only used on blends we have previously assessed. This might be a blend we are re-scoring or providing a score for a first time. It might be a blend we are looking at in a different size. Today we look at the Viaje Holiday Blend Candy Cane 2014 edition. This is a cigar where we assessed the the previous iteration, the Viaje Holiday Blend Candy Cane 2012 back in December 2012. 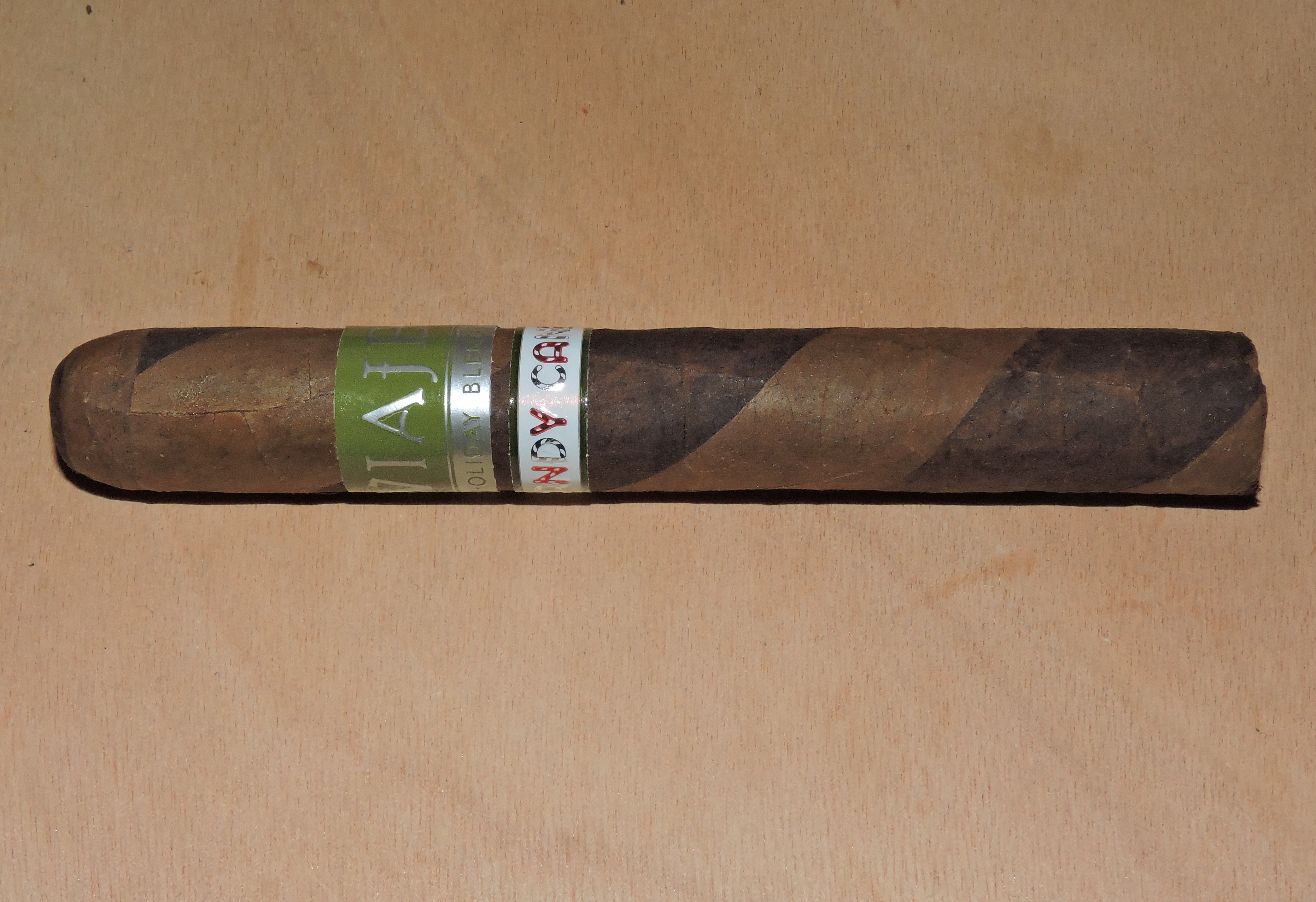 Like the 2012 edition, the Candy Cane 2014 is a Nicaraguan puro featuring two wrappers making up the barber-pole effect. The Candy Cane 2014 also comes in the same 6 x 54 toro size with a covered foot as in 2012. The difference between the 2012 and 2014 editions is the vintage of the tobaccos. For this assessment, I’ve had this Candy Cane 2014 edition has been resting in the Cigar Coop humidor for almost 11 months.

Another thing that makes a return from the Candy Cane 2012 edition is the packaging of the individual cigar – namely the 2014 edition features each cigar wrapped with “candy cane” wrapping paper.

Right out of the gate, I found the pre-light draw to be more interesting than the 2014 as I got notes of cocoa, earth along with a slight floral / cedar combo.  Once the smoking experience began, it kicked off with notes of coffee, earth, citrus, pepper and a slight citrus flavor.  This was soon joined by some cedar notes. During the first third, I also picked up some chocolate notes. During the second half the cedar pops into the forefront from time to time. By the last third, the cedar and pepper spices joined the coffee and earth notes as paimary flavors.

Like the 2012 edition, I did find there was a slight herbal quality to the retro-hale – adding a nice bonus to the flavor profile

Strength wise, the Candy Cane 2014 is medium strength (like the 2012 edition). The body starts out medium and by the last third, it progressed to medium to full.

While changes to scoring result in the Candy Cane 2014 getting a lower score than the Candy Cane 2012 edition, this is still a very good offering.  If you can find this, I would recommend picking it up. It’s certainly worthy of a box split.