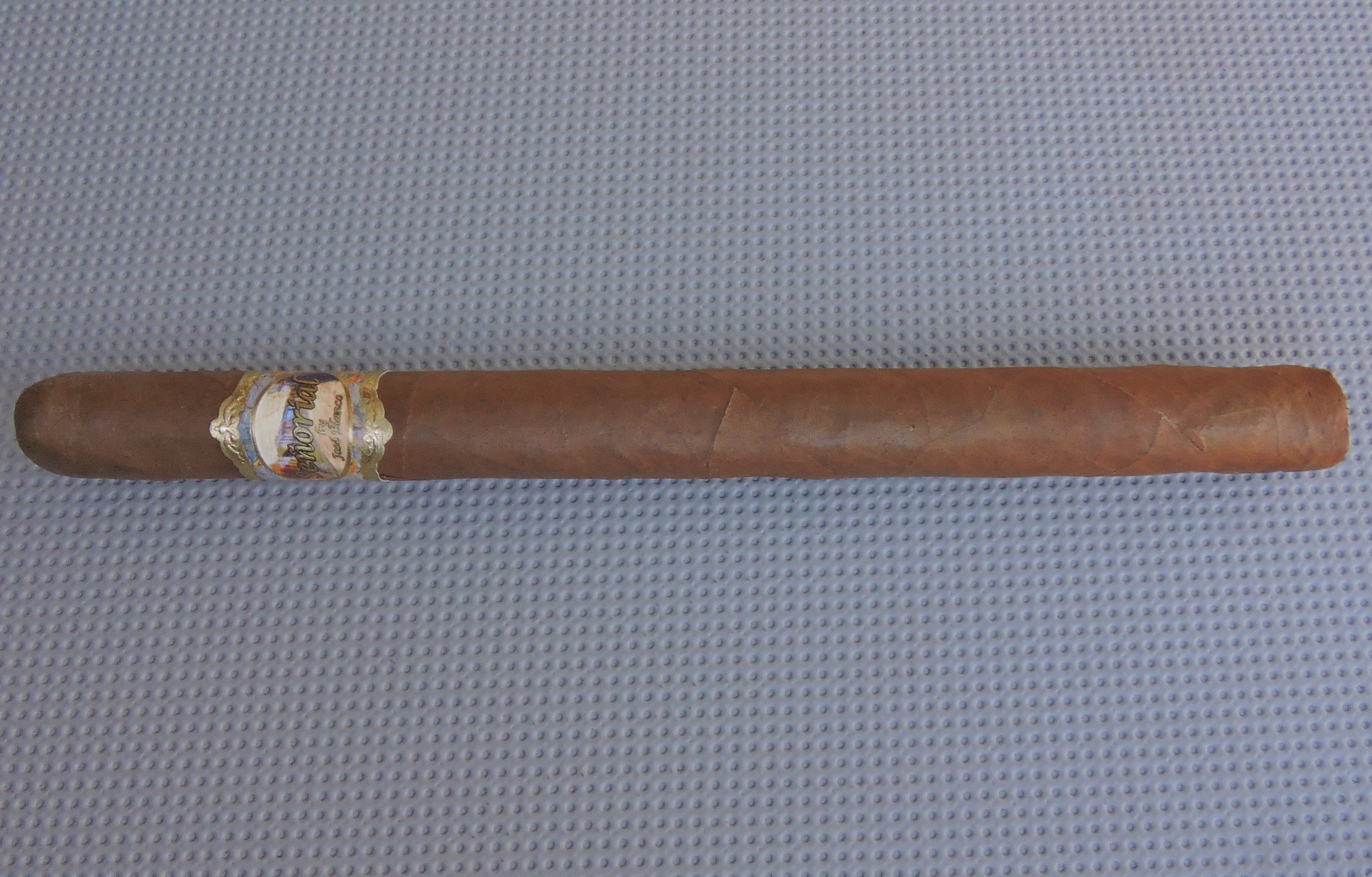 The name Senorial translates to “manorial” while the company name Las Cumbres Tabaco translates to “the summits of tobacco”. The name of the company fits with the personality of Blanco himself I’ve always looked at him as someone who is passionate about tobacco and strives to deliver excellence with his work.

The Senorial is a multi-national blend with tobaccos from three countries.  The wrapper and binder are tobaccos that have been imported while the filler tobaccos have been grown on Jochi Blanco’s farms.

The Senorial Lancero becomes the sixth vitola in the line. From a packaging standpoint, the Lancero differs in that it is packaged in 48 count boxes as opposed to 24 count boxes for the other five sizes. 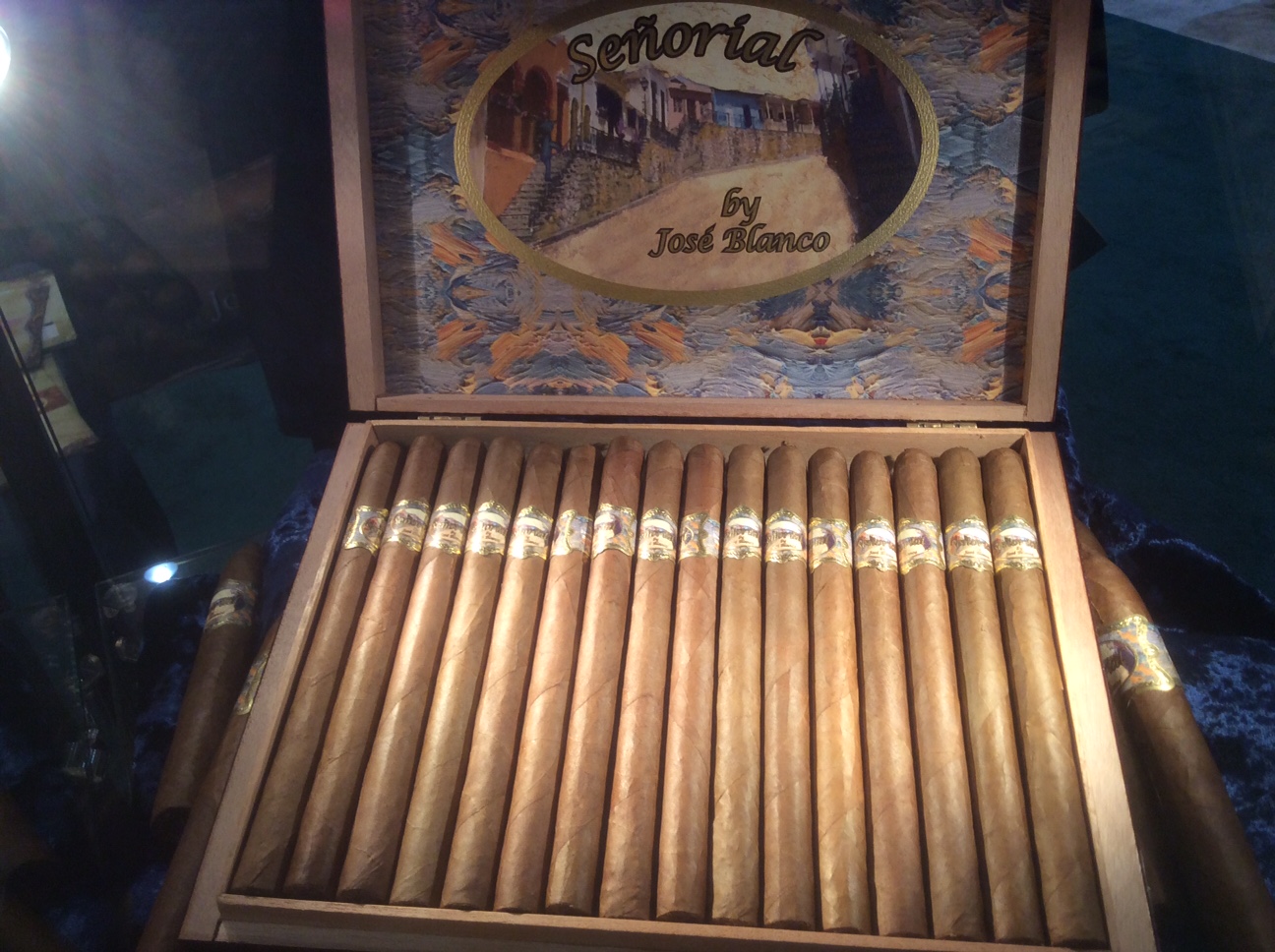 The Ecuadorian Habano wrapper of the Senorial Lancero had a camel-brown color to it. Depending on how the light hit the wrapper, it did give off colorado red tint to it. There was some oil on the surface of the wrapper. While there were also some visible wrapper seams and some visible veins, I found the lancero to have a smooth surface. The cap is finished with a slight pig-tail.

The band is a smaller version of the band seen on the rest of the Senorial line. It features a blue, gold, and orange mountain-like design that has the look of an oil painting on canvas. The middle of the band has a curved orthogonal shape to it with gold trim. At the middle of that shape is an portrait of a village – also with an oil painting effect. The village design is surrounded by a gold-grimed oval. Across the picture of the village is the text “Senorial by Jose Blanco” – in gold font.  To the left of the orthogonal portion of the band is the text “Hand Made” in white”hand painted style” font while on the right side is the text “Dominican Republic” – also in the same white font.  The outer edges of the band have gold trim.

Band of the La Cumbres Tabaco Senorial by Jose Blanco

As the Senorial Lancero progressed through the first third, the natural tobacco and caramel alternated as to which had the edge. Meanwhile the white pepper was more prominent on the retro-hale.

By the second third, I found the natural tobacco notes remained primary. The fruit notes increased somewhat and now floated between the forefront and background. The caramel notes were now grounded as a background flavor with the white pepper.

By the start of the final third of the Senorial Lancero, the natural tobacco was a primary note and this was joined by a woody note. There was an increase in the white pepper, but it never overtook the cigar. At the same time, the sweetness did diminish quite a bit. This is the way the Senorial Lancero remained until the end. The resulting nub was cool in temperature and slightly soft to the touch. 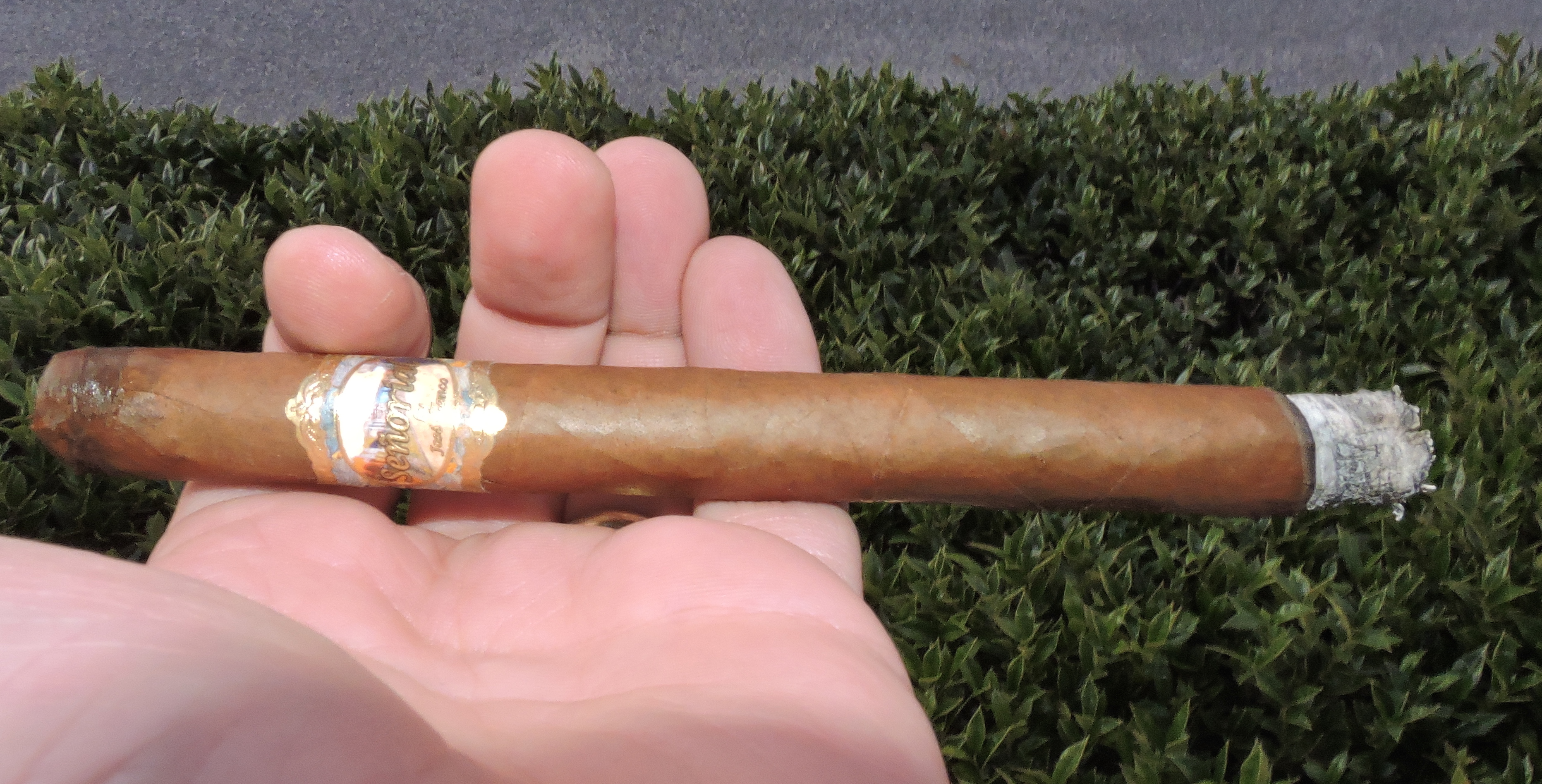 Burn of the Senorial Lancero

While this wasn’t a draw that had a lot of resistance, it was far from a loose draw. I considered this to be an open draw that made it very easy to derive flavor form.

I wasn’t sure how the Senorial blend was going to work in the lancero format, but as I stated up-front this size worked great – and the result is a very solid addition to the Senorial line. This cigar keeps true to the roots of the Senorial line, yet delivers its own story. This was a cigar that was ready to smoke right out of the box, but my gut tells me the best is yet to come when aged. The Senorial Lancero is a cigar that can appeal to the experienced or novice enthusiast. It’s a cigar I’d recommend to one who loves lanceros, but it’s one I’d highly encourage someone who doesn’t smoke lanceros to give a try. Normalizing the 48 count box to a 20 to 25 count box, I’d consider this a box worthy cigar. It’s a cigar I’d easily reach for and smoke again.