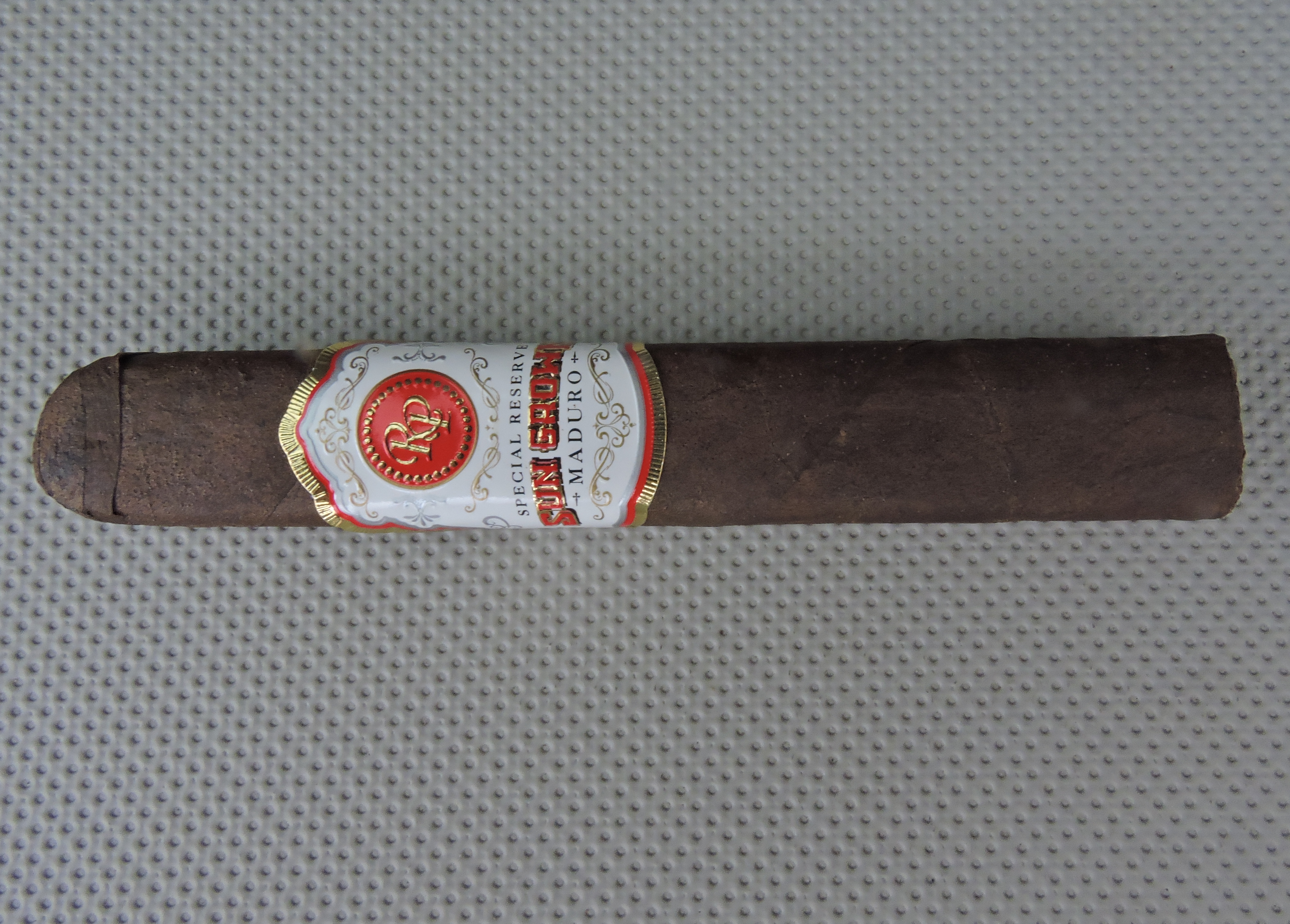 As mentioned, the Rocky Patel Special Reserve Sun Grown Maduro was one of three major releases by Rocky Patel Premium Cigars at the 2015 IPCPR Trade Show. The company’s other two IPCPR releases were the Rocky Patel Twentieth Anniversary and the Tabaquero by Hamlet Paredes (a blend created by new brand ambassador Hamlet Parades). Earlier in 2015, the company also released the barber pole Rocky Patel Edge A-10 to commemorate ten years of the Edge brand.

Without further ado, let’s take a closer look at the Rocky Patel Special Reserve Sun Grown Maduro Robusto and see what this cigar brings to the table.

In addition to the Connecticut Broadleaf wrapper, the cigar features Nicaraguan tobaccos for the binder and filler – including the use of a double binder. The cigar is produced at the company’s Tavicusa factory in Esteli, Nicaragua.

The Rocky Patel Special Reserve Sun Grown Maduro is available in five sizes, including a lancero and four box-pressed sizes. The cigars are packaged in twenty count boxes. 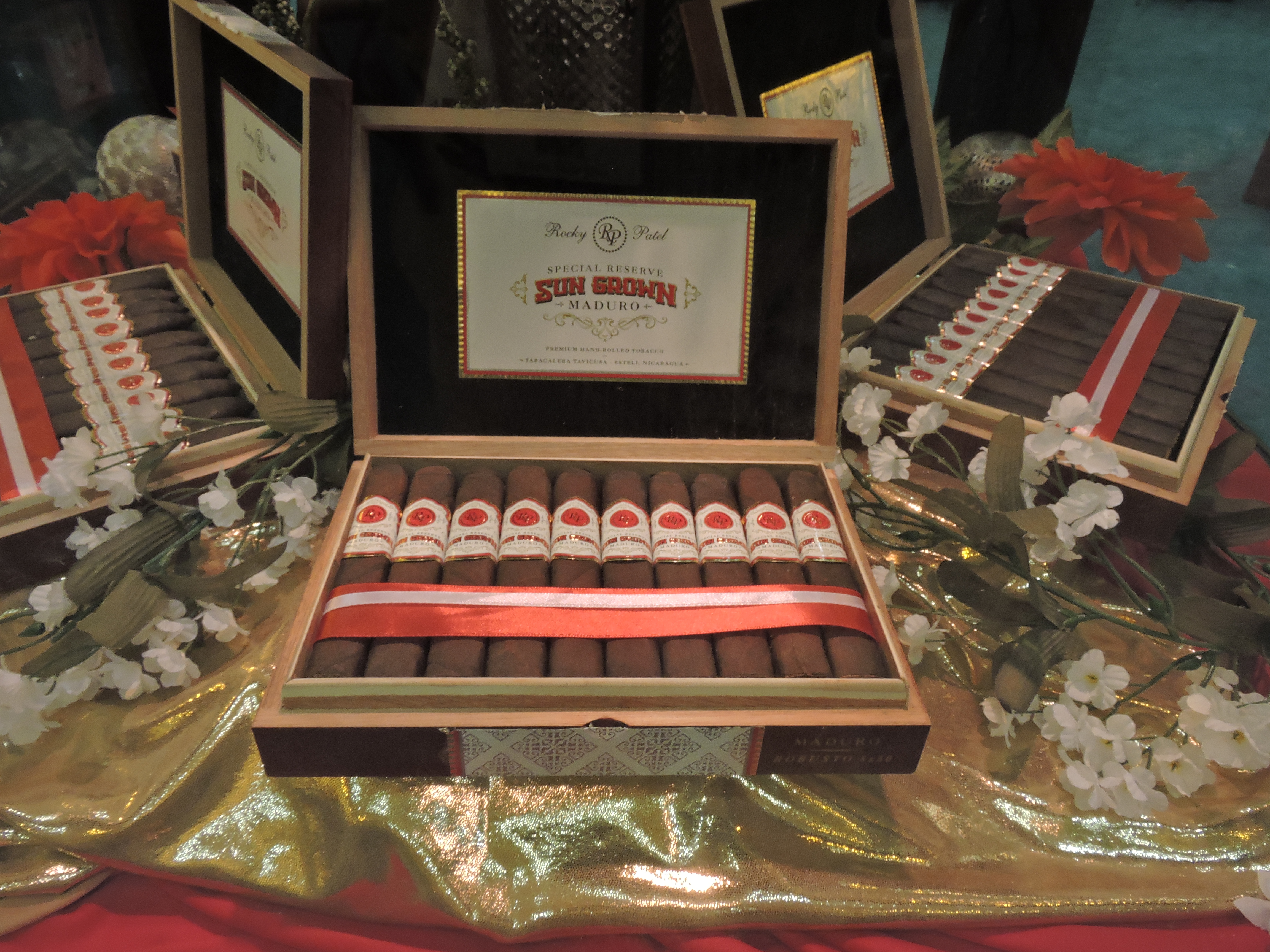 The Connecticut Broadleaf wrapper of the Rocky Patel Sun Grown Maduro Robusto has a rich espresso-bean color to it. Upon closer examination, some darker marbling can be seen on the surface. While there are some visible wrapper seams, the surface of the wrapper is smooth. In fact, there isn’t much in the way of visible veins. The box-press is firm with no soft spots. The cigar is finished with a triple cap.

The band of the Rocky Patel Special Reserve Sun Grown Maduro has a white background with gold and red trim. The upper part of the band features a red and gold Rocky Patel “RP” circulos logo. Below the logo is the text “SUN GROWN” in bold red font with a slight black shadowing. Above that text is the text “SPECIAL RESERVE” in silver / gray font. Below the “SUN GROWN” text” is the text “MADURO” – also in silver/gray font. The remainder of the band features gold and silver adornments.

The start to the Rocky Patel Sun Grown Maduro Robusto delivered a mix of mocha, fruit, and white pepper. The mocha notes quickly moved into the forefront with the pepper a close secondary note and the fruit notes a little further back. The white pepper was prominent on the retro-hale.

I categorize mocha as a compound flavor note with attributes of coffee and chocolate. During the first third of the Sun Grown Maduro Robusto, I found the chocolate notes had a little more of an edge. The coffee notes were still present in the forefront. The pepper notes were still a close secondary note. Meanwhile, the fruit notes were further in the background, but were now joined by a cream note.

As the Sun Grown Maduro Robusto moved through the second third, I found a transition where the coffee component now had the edge over the chocolate component of the mocha notes. The pepper notes still were a close secondary note with the the fruit and cream further back.

The last third of the Sun Grown Maduro saw the white pepper notes move into the forefront and join the coffee notes. There still was a slight chocolate component to the mocha. The fruit and cream notes had pretty much dissipated. This is the way the flavor profile held until the end. The resulting nub was cool in temperature, but soft to the touch.

The burn of the Rocky Patel Sun Grown Maduro took a straight path from start to finish. I found the burn line to be relatively straight early on, but it did get a little jagged toward the second half. The jaggedness proved to be more cosmetic and the cigar was never in danger of tunneling or canoeing. The resulting ash had a charcoal gray color. It wasn’t an overly tight ash, but it wasn’t a loose one either. The combustion was excellent as the cigar had an ideal burn rate and ideal burn temperature. 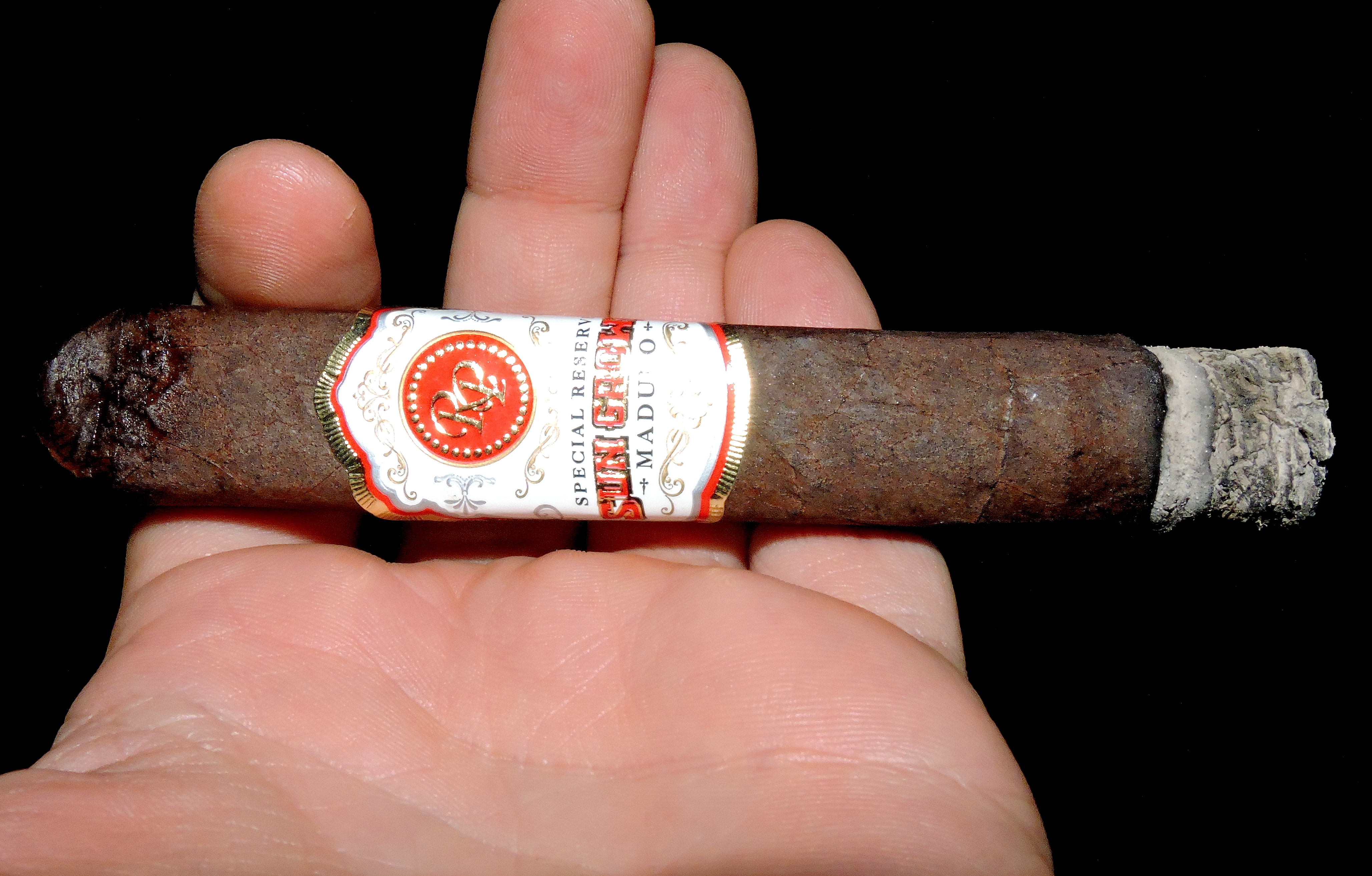 The draw of the Sun Grown Maduro Robusto was open, but not loose. This cigar was low maintenance to derive flavor from.

From a strength perspective, I found the Sun Grown Maduro Robusto to be in the medium range for most of the cigar experience. By the last third, I found the strength had advanced just enough to qualify as medium to full.  As for the body, I found this cigar to be medium to full. The body did increase slightly in the last third, but it didn’t quite cross into full-bodied territory. When it came to strength versus body, I gave the body a slight edge throughout the smoking experience.

Of the three IPCPR releases, an argument can be made the Rocky Patel Special Reserve Sun Grown Maduro line was a bit in the shadow compared to the higher profile Tabaquero by Hamlet and Twentieth Anniversary releases. However, this should take nothing away from the Sun Grown Maduro as this proved to be a very nice release in ita own right. This cigar had a nice underlying spiciness throughout the smoking experience. Finally, I liked how this blend was made as an extension of the Sun Grown brand in the Rocky Patel portfolio. Because of the underlying spiciness, this is probably a cigar I’d steer to a more experienced cigar enthusiast. As for myself, this s a cigar that I would smoke again – and it’s worthy of a box split.