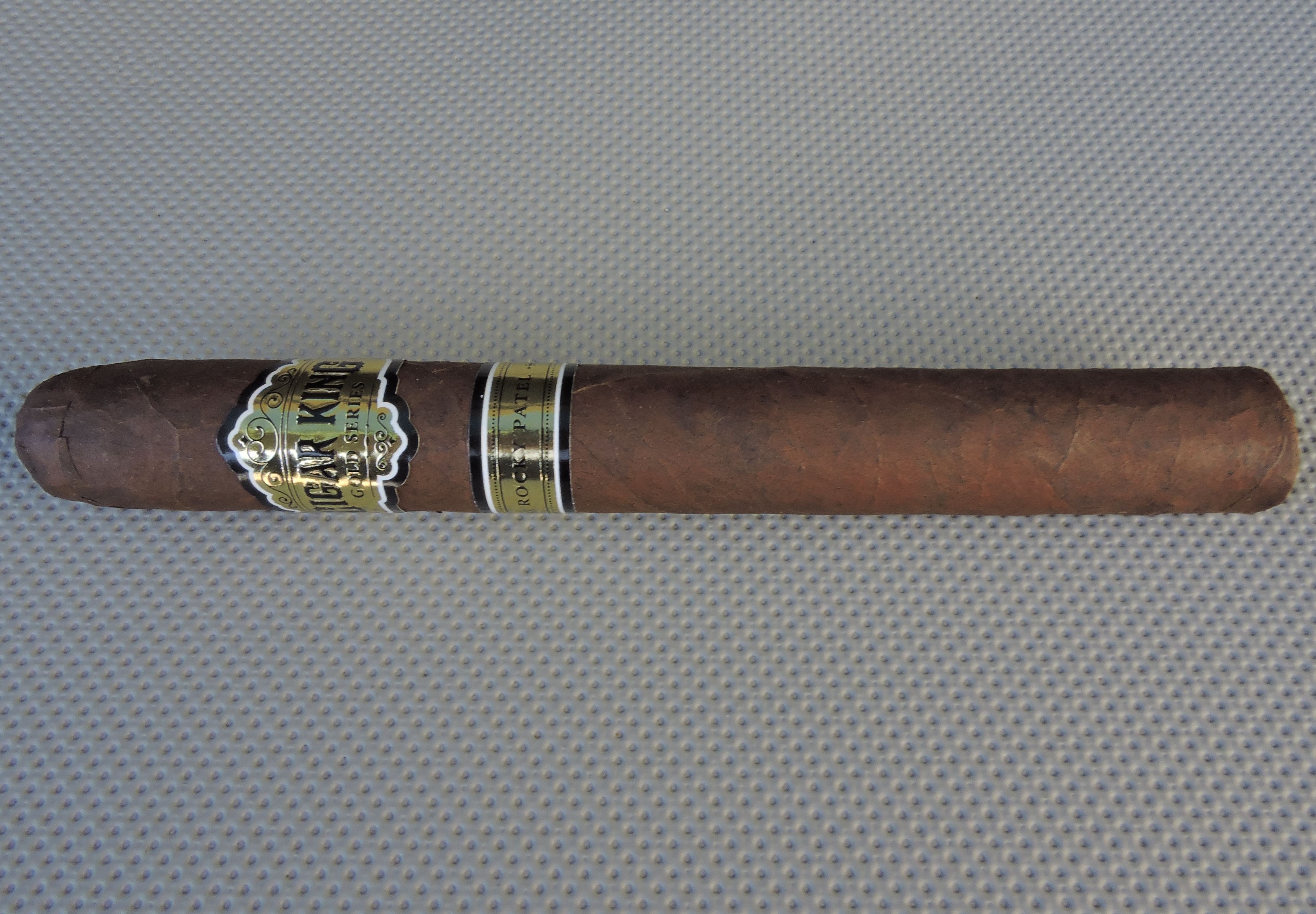 “Rocky (Patel), Nish (Patel) and I have been talking for a while about doing another project together. We have collaborated before and to great success on a house blend, so now I wanted to do something a little more special for our CK audience. The Gold Series is a passion project in giving back to our audience, who has supported us throughout the years! Our customers are truly great and we wanted to do something special for them. This limited blend is our way of doing that.”

Without further ado, let’s take a closer look at the Cigar King Gold Series II by Rocky Patel and see what this cigar brings to the table.

This cigar features a multi-national blend from four countries. According to the Cigar King website, this cigar uses several experimental hybrid ligero leaves as filler. These hybrid leaves are grown in three regions of Nicaragua and a fourth comes from a small tobacco field in Costa Rica. These leaves offer significant body and strength without bringing harshness that a blend with ligero will bring to the table.

* While the country of origin is not disclosed, the cigar is said to come from Nestor Placencia where Rocky Patel typically makes cigars out of Honduras.

The Cigar King Gold Series II by Rocky Patel is available in one size – a 6 1/2 x 52 Toro. This is a Toro size common in the Rocky Patel portfolio.  The cigars are packaged in twenty count boxes. 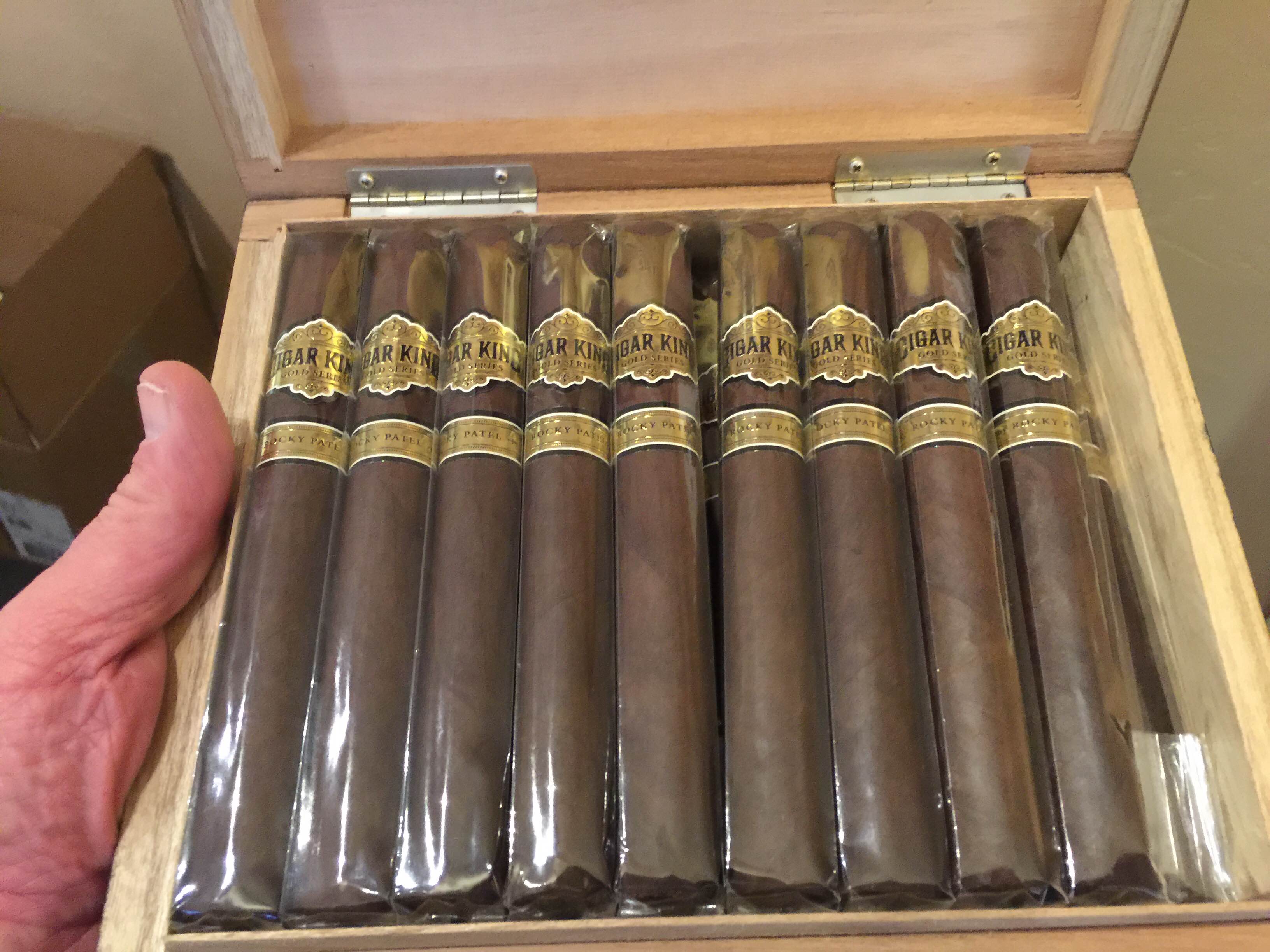 The Ecuadorian Habano wrapper of the Cigar King Gold Series II had a rich chocolate color to it. There was some oil on the surface of the wrapper.  The wrapper itself was slightly bumpy. I found the wrapper had some visible veins, but the dark color of the wrapper did an effective job at hiding the wrapper seams.

There are two bands on the Cigar King Gold Series II. The primary band has a gold foil background with black and white trim. Front and center of the band is the text “CIGAR KING” in black font. Just below that text is the text “GOLD SERIES” in a smaller black font. The band is also contains several black adornments.

The secondary band rests just below the primary band. It also has a gold foil background with black and white trim. On the band is the text “By ROCKY PATEL” in black font surrounded by two black adornments. There are two thin pinstripes above and below the text.

As I normally do, I started the cigar experience of the Cigar King Gold Series II with a straight cut. Once the cap was successfully clipped, I moved on to the pre-light draw. The dry draw delivered mostly earthy notes with a touch of cocoa. Overall I considered the pre-light draw of the Cigar King Gold Series II to be satisfactory. At this point I was ready to light up my cigar and see what the smoking phase would have in store.

During the first third, the cocoa and earth notes alternated as primary notes. The after-draw delivered a nice chocolate note that lingered on the tongue. Meanwhile the white pepper notes continued to be present in the background.

The start of the second third saw a subtle jam note emerge in the background with the white pepper. At times the jam was a little more prominent than other times, but it never quite made it into the forefront, Meanwhile as the cigar moved through the second third, the profile switched to a more earthy profile. The chocolate notes receded into the background. The after-draw changed from a  lingering chocolate note to a white pepper note.

By the last third, while the earth notes were still primary, the pepper notes inched closer to the forefront. There still were subtle notes of chocolate and jam in the background. This is the way the cigar experience of the Cigar King Gold Series II came to a close. The resulting nub was cool in temperature, but soft to the touch.

From a burn standpoint, the Cigar King Gold Series II scored well. I found this cigar took a straight burn path from start to finish. This cigar did require some touch-ups along the way, but overall I didn’t find an excessive amount of touch-ups was needed. The resulting ash was light gray in color. I found the ash itself to be on the firm side. The combustion scored nicely as the burn rate and burn temperature were ideal. 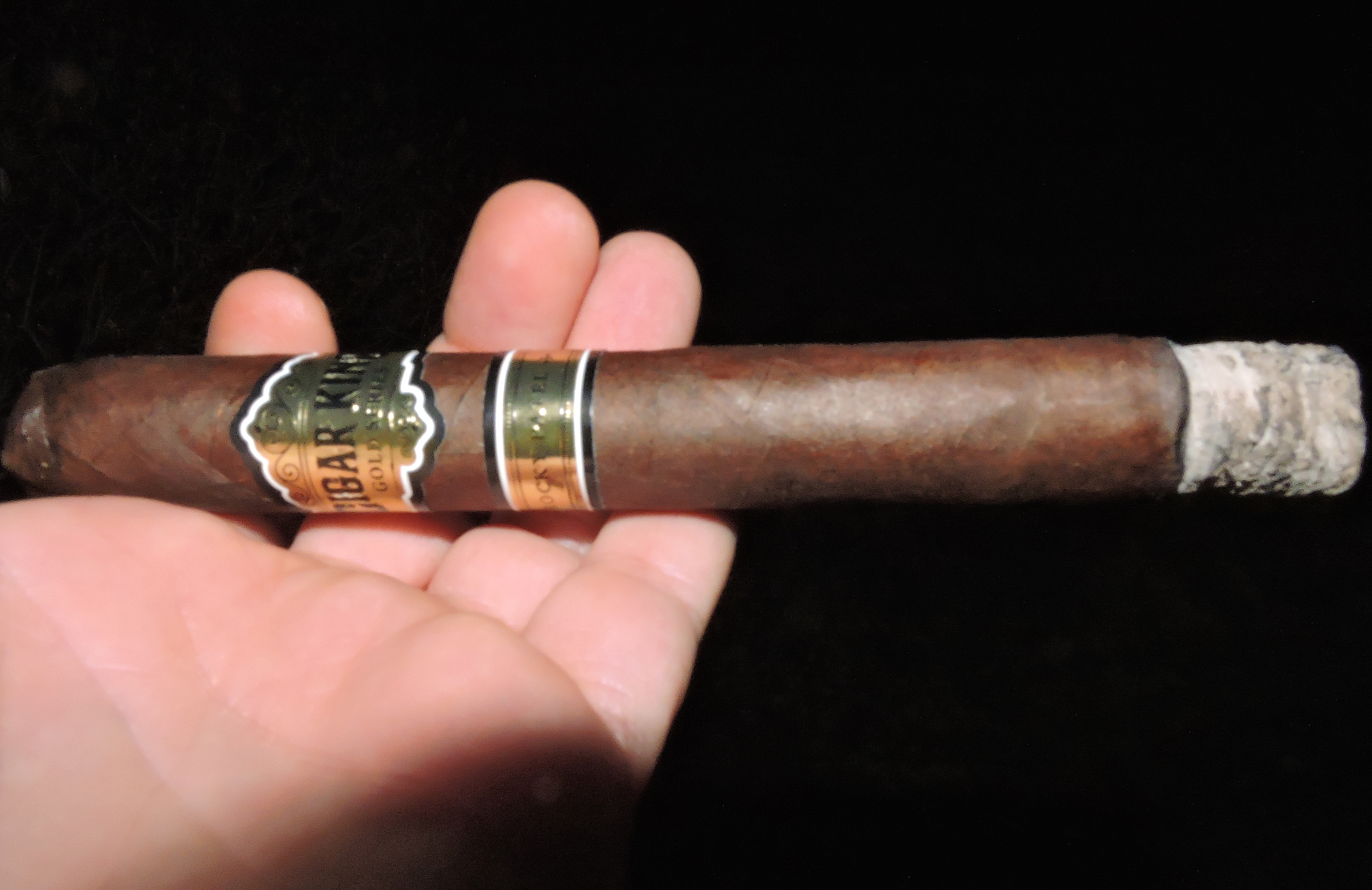 The draw to the Cigar King Gold Series II was on the open side. It was a little looser than I prefer. Since this draw had no other adverse effects, there was no loss of points here.

Overall I found the Cigar King Gold Series II to be the quintessential Rocky Patel cigar. It has the right amount of cocoa, white pepper, and sweetness that can satisfy many Rocky Patel fans. I was a little surprised with the amount of ligero advertised in this blend that it did not overpower me, but that should be considered a positive for this cigar. At $6.50, this is a nice value priced Toro cigar that provides a very nice cigar. This is a cigar I’d recommend to a novice or experienced cigar enthusiast. As for myself, this is a cigar I’d smoke again – and it’s worthy of picking up multiple cigars and having a fiver in the humidor.

* While cigars were provided by Cigar King, Rocky Patel Premium Cigars is a sponsor of Cigar Coop and Stogie Geeks.