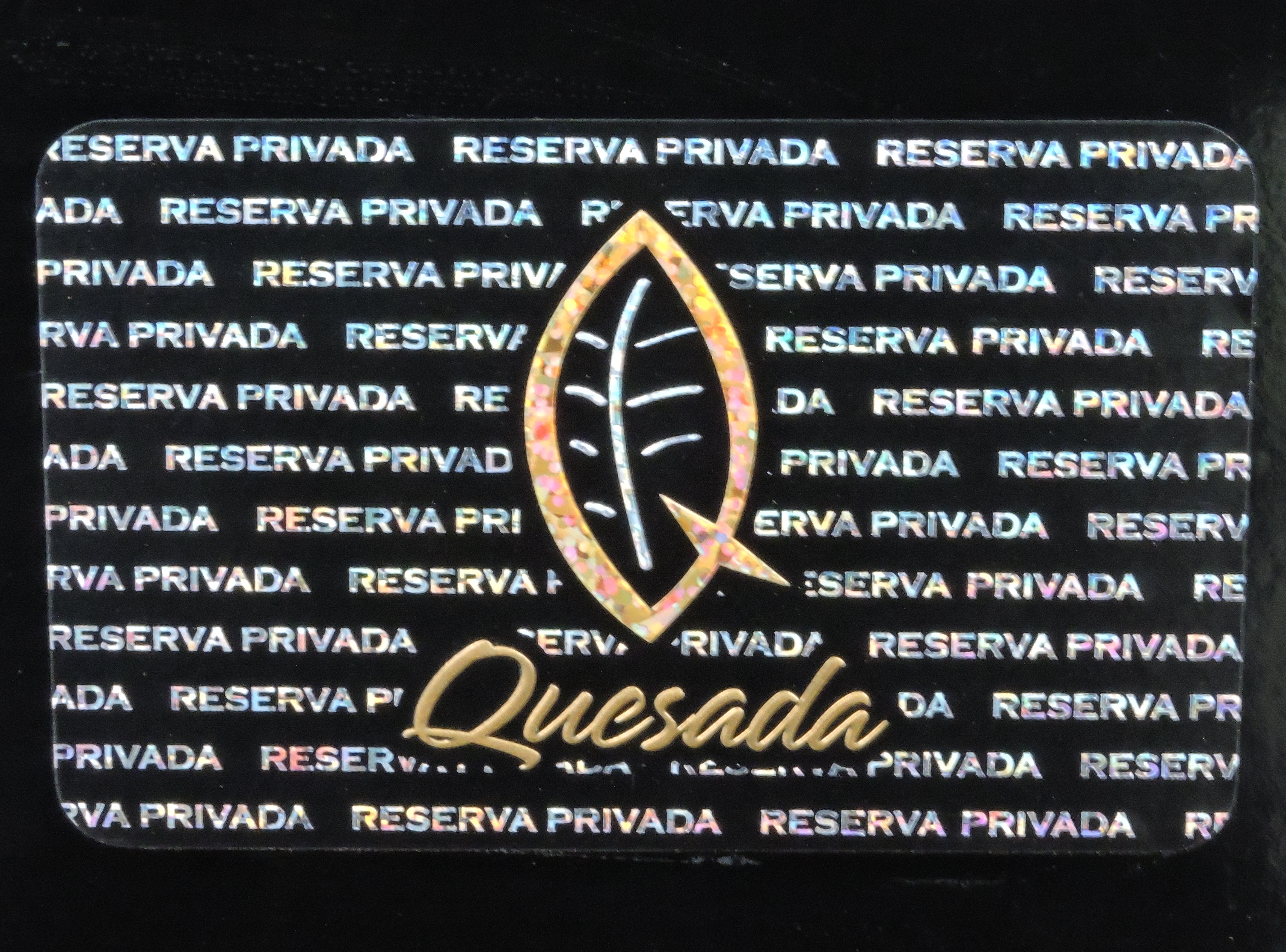 The Quesada Reserva Privada Oscuro will feature the same binder and fillers from the 1997 vintage as the original Quesada Reserva Privada. The major difference is that the shade-grown wrapper is replaced by a Connecticut Broadleaf wrapper. According to Quesada the Oscuro is a cigar that will have a heavier body and feature spice and leather on the finish. Like the original line, each cigar is aged for one full year after it is rolled.

The exclusive size for the TAA will be a Robusto (4 3/4 x 52, SRP $12.95). Like the other two sizes, the Robusto will be packaged in ten count boxes, but with a total production of 750 boxes. This marks the third exclusive cigar that Quesada has made for the TAA.  Previous releases by Quesada to the TAA include the Fonseca Signature Series (2008) and Casa Magna D. Magnus II Hadrian (2015). The new Quesada Reserva Privada Oscuro will be made available to TAA retailers at the annual TAA convention taking place beginning March 6th in Puerto Vallarta, Mexico.

It was back in 1997 when current company owner Manuel Quesada convinced his father Manuel Sr. and brother Alvaro to set aside a crop of 1997 San Vincente tobacco for a special project down the road. At the time, this was considerered to be exceptional vintage. A few years ago, Manuel’ offered the tobacco to his daughters Patricia and Raquela for a special project – and then the wheels were put in motion for the original Reserva Privada project.

At a glance, here is a look at the Quesada Reserva Privada Oscuro: