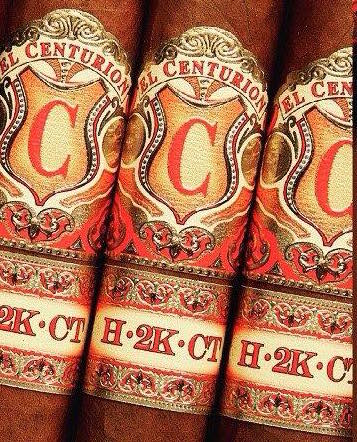 For the third consecutive year, and fourth time overall, My Father Cigars will release an exclusive cigar to the Tobacconists Association of America (TAA). For the 2016 TAA Exclusive Series, the company will release a limited edition box-pressed torpedo from its El Centurion H.2K.CT line.

The El Centurion H.2K.CT made its debut last year. The cigar features a unique hybrid Cuban seed varietal. This is a sun-grown wrapper that is described as neither a Connecticut Shade nor a Connecticut Broadleaf. The cigar was originally launched in two regular production sizes.

As mentioned this is the fourth cigar My Father Cigars has made as a TAA Exclusive. In 2011, the Jaime Garcia Reserva Especial TAA Edition a box-pressed torpedo based off the regular production Jaime Garcia line was released. In 2014, My Father TAA Exclusive 2014, a box-pressed Toro based off the regular production My Father line was released. For 2015, a special Rosado wrapper version of the La Antiguedad was made available.

At a glance, here is a look at the El Centurion H.2K.CT line: