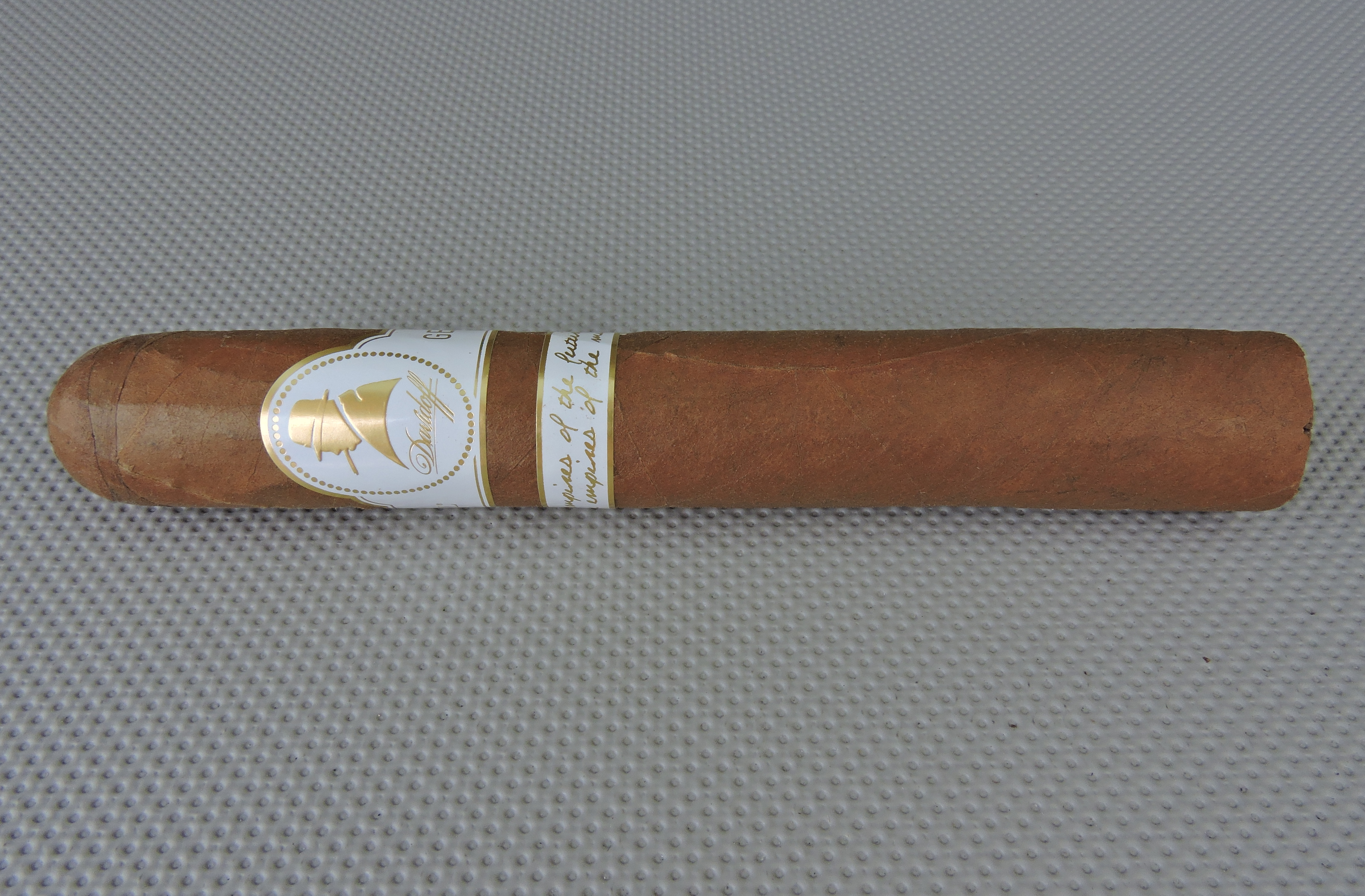 A raconteur is someone who is an exceptional storyteller. Sir Winston Churchill, the cigar enthusiast for whom the Davidoff Winston Churchill brand pays homage to was a considered a renewed master of word and storytelling. The Davidoff Limited Edition 2016 Raconteur pays homage to Churchill’s skill by including a secondary band on each of his cigars that will contain one of his memorable sayings. The quote differs on each cigar in the ten count box.

Without further ado, let’s take a closer look at the The Davidoff Limited Edition 2016 Raconteur and see what this cigar brings to the table.

The Davidoff Winston Churchill Limited Edition 2016 Raconteur is available in one size – a 6 x 56 Gran Toro. The cigars are packaged in ten count boxes. Total production is 6,000 boxes.

The Ecuadorian Habano wrapper has a medium brown color with a slight rosado tint to it. There is a light coating oil on the surface. On the whole, I found the wrapper itself to be slightly bumpy. There are some visible veins, but most of the visible wrapper seams are well hidden.

As mentioned the secondary band contains a quote from Winston Churchill. Each cigar in the ten count box has a different quote. The band is white with gold trim and gold font.

For the two cigars used for this assessment, one of these quotes were on each cigar:

As I normally do, I went with a straight cut to remove the cap of the Davidoff Winston Churchill Limited Edition 2016 Raconteur. Once the cap was successfully clipped, I moved on to the pre-light draw. The dry draw delivered some notes of slightly sweet natural tobacco as well as floral and cedar notes. Overall I found the pre-light draw of this cigar to be satisfactory. At this point I was ready to light up the the Raconteur and see what the smoking phase would have in store.

Later in the second third, I found the pepper start to move toward the forefront. By the last third, I found the primary notes were a combination of the black pepper and hay. There still were notes of nut and the cedar /natural tobacco sweetness present. This is the way the cigar experience of the Davidoff Winston Churchill Limited Edition 2016 Raconteur. The resulting nub was firm to the touch and cool in temperature.

Overall the burn performed quite well. The Raconteur had no problem maintaining a straight burn path from start to finish. There was a slight jaggedness on the actual burn line, but I didn’t find this was a cigar that required any excessive touch-ups. I found the resulting ash to be on the firm side. The ash itself had a salt and pepper color. Both the burn rate and burn temperature were ideal. 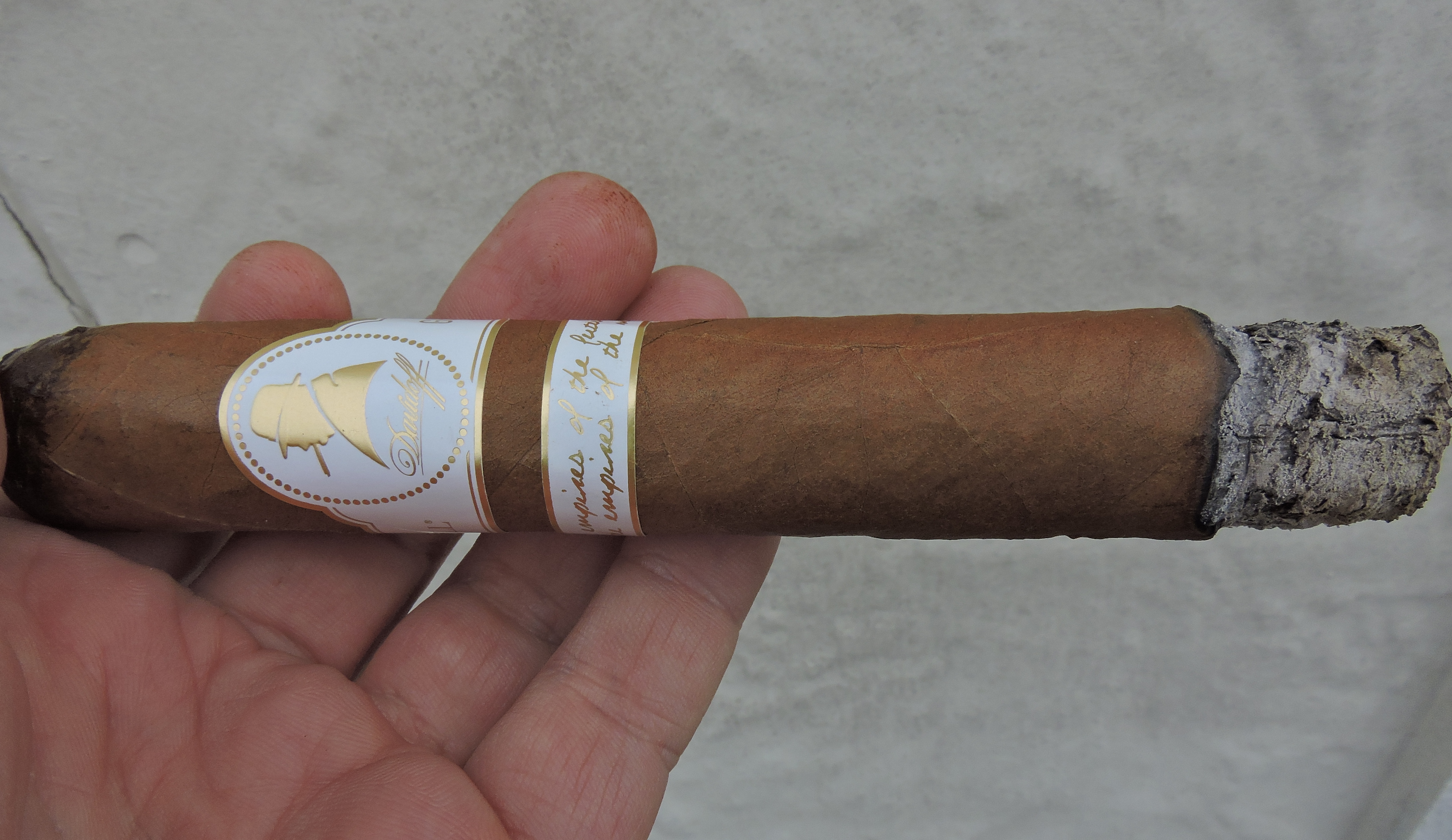 The draw performed quite well. This was a draw that was not too tight, nor was it too loose. I found this to be an easy cigar to derive flavor from.

Davidoff has positioned the Davidoff Winston Churchill Limited Edition 2016 Raconteur as a cigar with more intensity than the core Davidoff Winston Churchill line – and that is exactly what the Raconteur brought to the table. From a strength perspective, I found this cigar to have just enough kick to be considered medium to full. The strength slightly increased along the way, but still remained in the medium to full range. As for the body, I found it also started medium to full, but by the second half I found it to be in the full range.

Overall I was quite pleased with the Davidoff Winston Churchill Limited Edition 2012 Raconteur. From a flavor standpoint, I didn’t find anything revolutionary or unusual. Instead I found a bunch of solid flavors that all seemed to complement each other nicely. The 56 ring gauge also seemed to work very well with this blend. I also liked that this cigar was bolder than the rest of the Davidoff Winston Churchill line. While this was a cigar that was ready to smoke, I do feel this is a cigar that has some serious aging potential.

It’s a pricier cigar – and one that at $27.00, you will have to weigh out if its in your budget.  Overall it’s a cigar I’d recommend to a more seasoned cigar enthusiast. As for myself, this is a cigar I’d smoke again – and it’s worthy of a box split in my book.