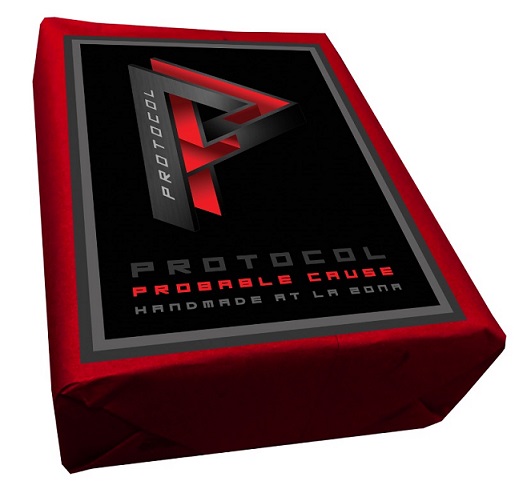 Cubariqueno Cigar Company, the company founded by Juan Cancel and Bill Ives have announced its second blend, Protocol Probable Cause. This cigar introduces a maduro wrapper offering into the company’s portfolio. Probable Cause will have its official launch at the 2016 IPCPR Trade Show in Las Vegas this July, however a soft-launch will take place May 21st at Berkeley Wine and Humidor in Berkeley Heights, New Jersey.

We are super excited to announce the Protocol Probable Cause,” stated Juan Cancel, co-founder of Cubariqueno Cigar Company in a press release. “These cigars will launch at the 2016 IPCPR trade show.”

Protocol Probable Cause uses a Mexican San Andres wrapper along with Nicaraguan binder and filler. The cigar will be offered in two sizes: a rounded 5 x 52 Robusto and a 6 1/2 X 48 semi-box-pressed Churchill. Both vitolas will use a closed footer. The cigars are sold in ten count boxes and pricing will be $9.69 for the Robusto and $9.89 for the Churchill.

The company also announced they will be at the 2016 IPCPR Trade Show and will have its own booth. In addition to the Protocol Probable Cause, the company will release a lancero line extension to its original Protocol line, the company’s first blend released in 2015.

At a glance, here is a look at the Protocol Probable Cause: