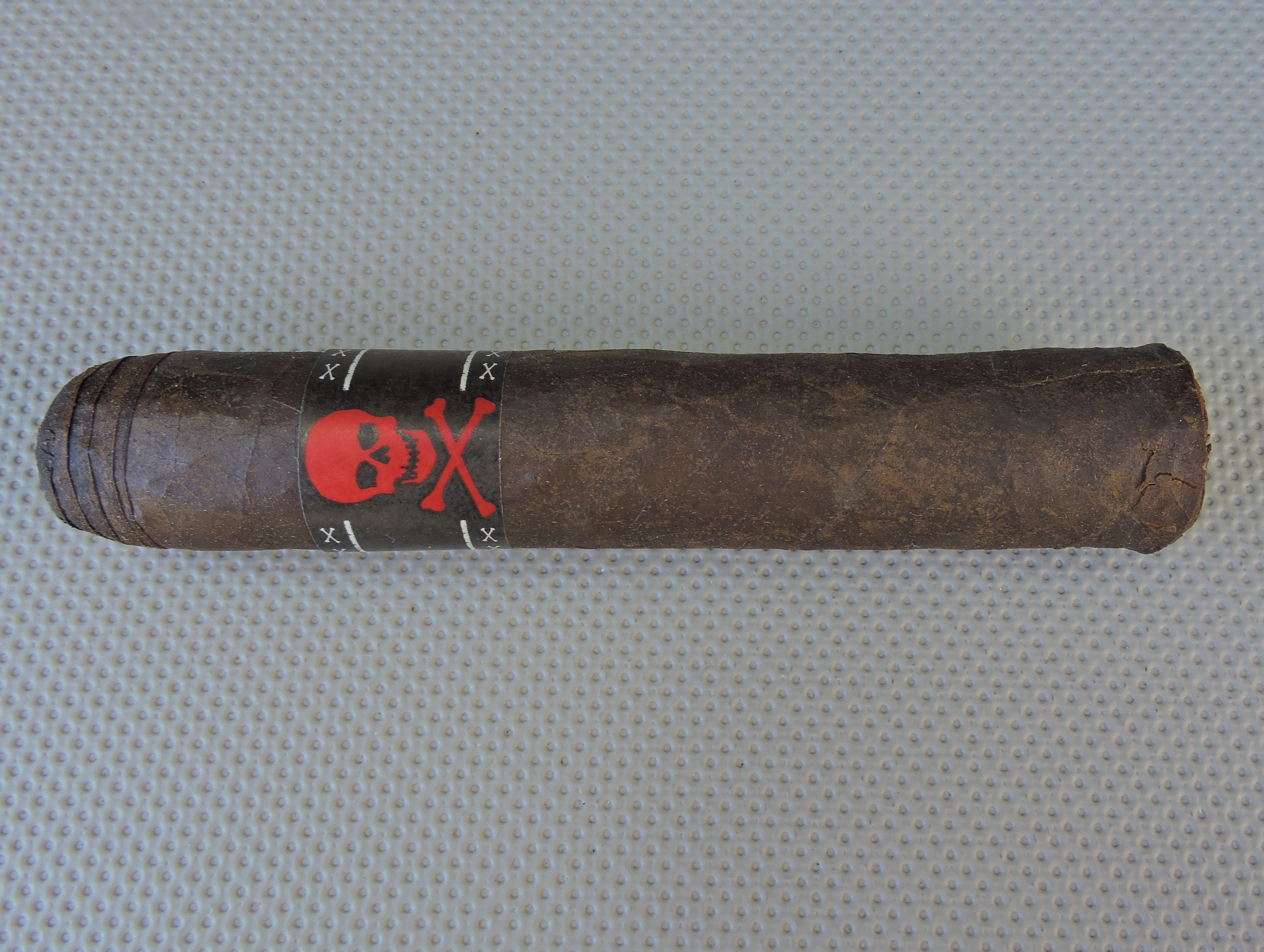 Most of the Viaje Skull and Bones’ releases have been named after bombs. The name Big Ivan refers to the name of a Hydrogen bomb tested in 1961 and is considered the most powerful weapon every detonated. The first Viaje Skull and Bones Big Ivan was an ultra-limited release from 2013. It was dubbed an “Edicion Limitada” which for Viaje usually has been a one and done release. While Big Ivan returns, it features a new blend, so technically that 2013 edition still was a one and done release for that blend and size. 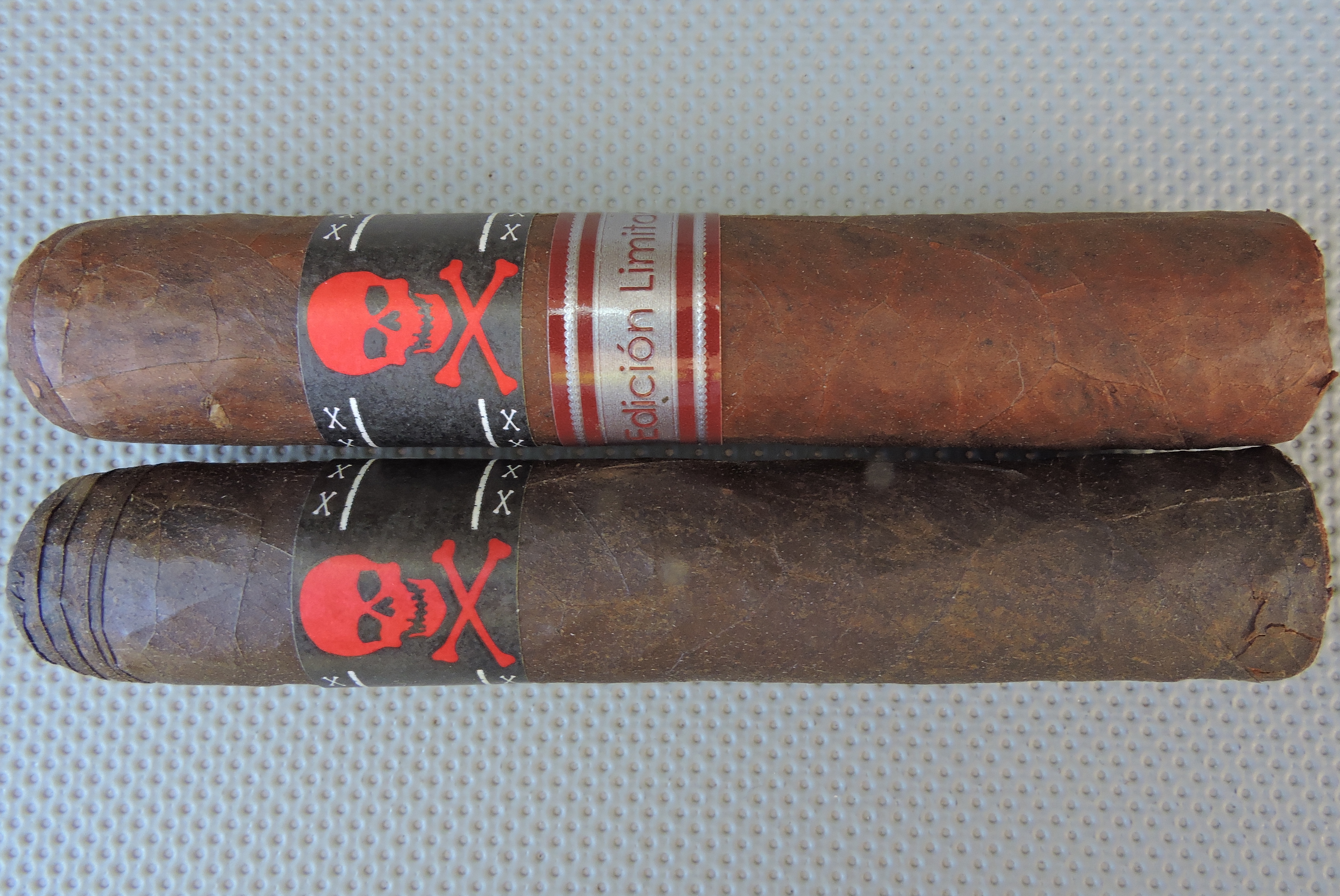 Without further ado, let’s break down the Viaje Skull and Bones Big Ivan 2016 and see what this cigar brings to the table.

The following is the blend for the three cigars that were released with the February 2016 batch of Viaje Skull and Bones. This is a new blend introduced into the Skull and Bones series.

We list the three cigars that were a part of the February 2016 batch of Viaje Skull and Bones.

The San Andres wrapper of the Viaje Skull and Bones Big Ivan 2016 has a dark espresso color to it. There is a decent amount of oil on the wrapper. At the same time, I found the surface of the wrapper to be bumpy. There are some visible veins, but the wrapper’s dark color does a good job at hiding the wrapper seams.

There are two bands on the band.  The primary band contains a black background and there is a red skull and crossbones prominently on the center of the band.  Going around the circumference of the band are two rows of smaller white cross-bones.  Inside those two rows are two white pinstripes.

Prior to lighting up the Big Ivan 2016, I went with my usual choice of a straight cut. Once I successfully removed the cap, I moved on t the pre-light draw phase. The dry draw provided a mix of earth, coffee, and a citric spice component. Overall I considered this to be a satisfactory pre-light draw. At this point, I was ready to light up my Big Ivan 2016 and see what the smoking phase would have in store.

The Big Ivan 2016 started out with notes of earth, white pepper, and citrus.  The earth notes moved primary very early on with the white pepper and citrus becoming secondary notes. A chocolate note soon surfaced on the afterrdaw. Meanwhile the white pepper was prominent on the retro-hale.

By the last third, I was expecting the chocolate to subside, but the opposite happened. The richness of the chocolate notes continued to grow as it became the dominant flavor. There was definitely a kick up in the white pepper. While there was pepper on the tongue, it never sacrificed the other flavors. I also still picked up some slight citrus notes, but they were quite distant. This is the way the Big Ivan 2016 came to a close. The resulting nub was cool in temperature, but slightly soft to the touch.

Burn-wise, I did find the Big Ivan 2016 needed some touch-ups along the way to keep the burn path and burn line straight. While the touch-ups did the trick, I did find them to be a little more frequently needed than I prefer. The resulting ash had a salt and pepper color scheme to it.  I found the ash to be firm early on, but it was much looser in the second half.  The burn rate and burn temperature were both ideal. 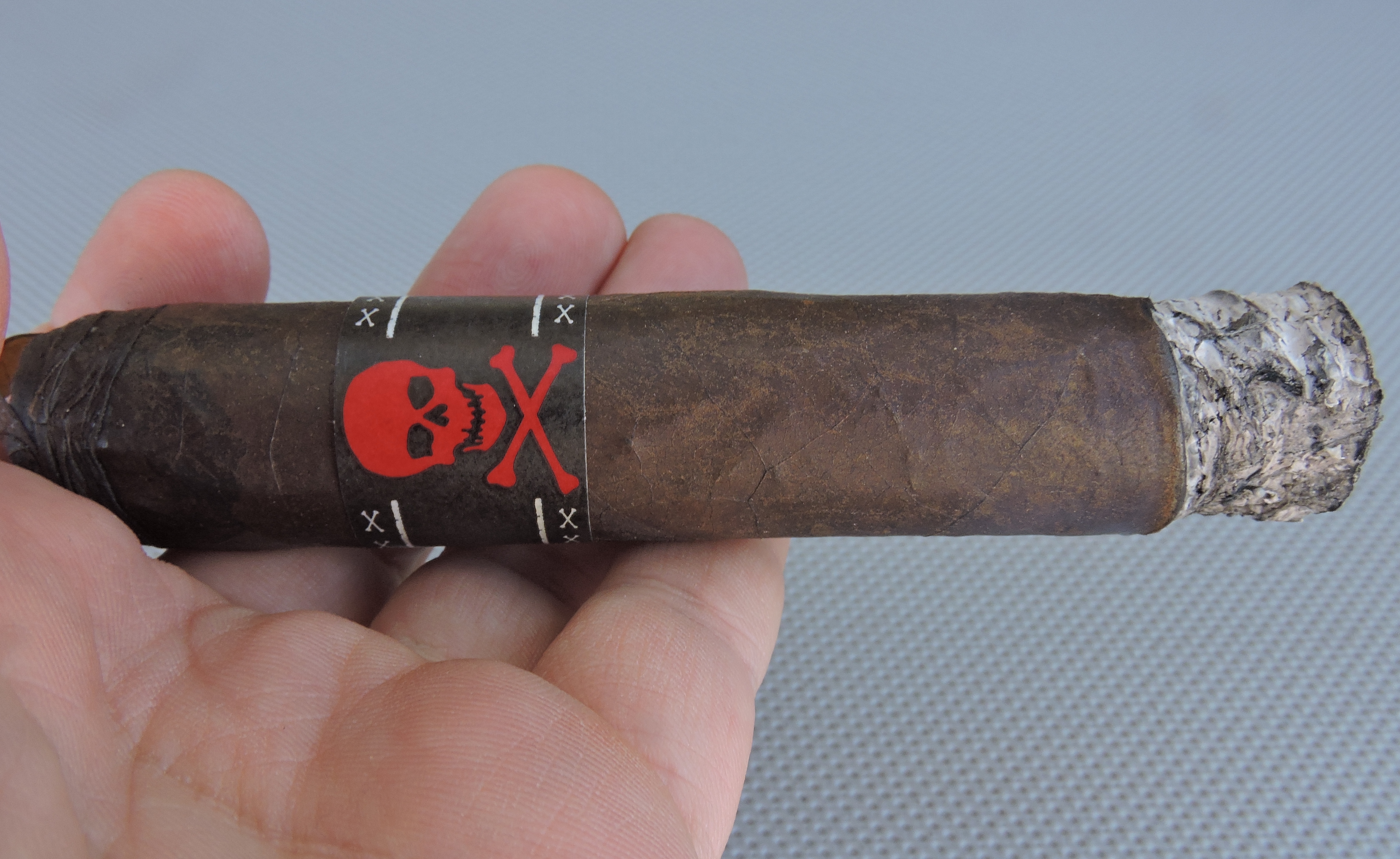 Burn of the Viaje Skull and Bones Big Ivan 2016

The 2013 Viaje Skull and Bones Big Ivan Edicion Limitada was a powerful full strength, full-bodied cigar right out of the gate and remained that way for the duration of the smoking experience. The Big Ivan 2016 took a much different path. I found the strength to be more medium to full out of the gate.  The strength increased and by the second half, it was now in the full strength range operating at full throttle.

The body of this cigar started out medium. As the chocolate notes developed and the cigar got richer, so did the body. By the second third, it was operating at medium to full-bodied, and the last third it was in full-bodied territory. I would say early on there was a slight edge in strength, but toward the end of the second third, the body caught up with the strength.

I enjoyed the Big Ivan 2016 quite a bit. This is a cigar that produced some very good flavors. I still give the edge to the original Big Ivan Edicion Limitada in terms of overall experience, but this shouldn’t discount the 2016 model. The flavors were terrific and what I liked is how it didn’t “run out of gas” in terms of flavor at the end of this cigar. While still a well-constructed cigar, I did find the more frequent touch-ups and flaking to be a little annoying. In the end, I did enjoy this cigar and it was a nice entry into the Skull and Bones portfolio. This is a cigar I would not recommend to the novice as it delivers quite a bit of power toward the end. As for myself, it’s a cigar I would smoke again – and it’s worthy of a box split.