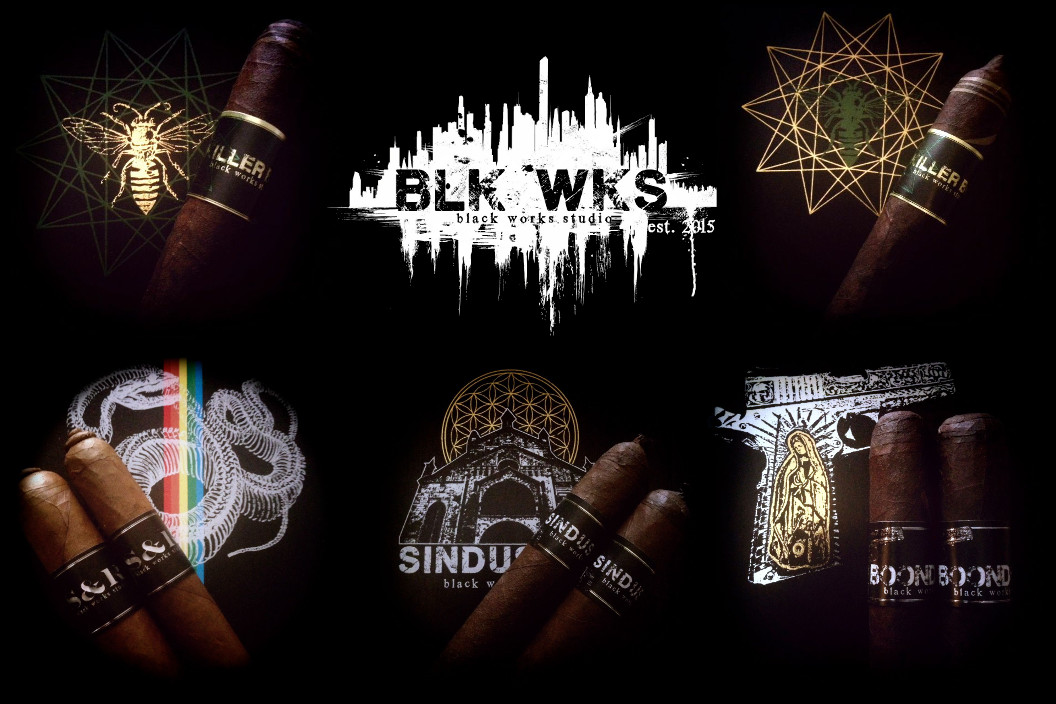 Black Works Studio, one of the brands under Fabrica Oveja Negra is expanding its lineup. Today, the brand announced it was adding three more blends into its portfolio. In addition, two existing blends – Killer Bee and NBK will see additional sizes being added. Finally, the recently announced Killer Bee Green Hornet will also have a second size. Plans are for thew new cigars to debut at the 2016 IPCPR Trade Show.

The Black Works Studio brand was established in late 2015 by Fabrica Oveja Negra as new creative avenue to complement the existing Black Label Trading Company brand. “As a cigar maker and artist, I am always working on new blends and expressions of art. These new blends have been in the works for a while, and I did not want to miss the opportunity to release them to the public. I will find ways to continue to be creative in my craft going forward and won’t be deterred by the FDA regulations,” commented James Brown, creator of BLK WKS and partner at Fabrica Oveja Negra in a press release.

Boondocs Saint utilizes a Pennsylvania Broadleaf wrapper over a combination of Nicaraguan, Pennsylvania, and Connecticut fillers. The new cigars will be available in two sizes: Corona Larga (6 1/4 x 46, SRP $10.00) and Robusto (5 1/4 x 50, SRP $10.00). Both cigars feature a closed footer.

“Each of these new blends is very unique. S&R is an elegant smoke with refined flavors, highlighting the blend of Dominican and Nicaraguan tobaccos. Boondock Saint’s complex rich flavor comes from the blend of three very diverse filler tobaccos and the Pennsylvania wrapper. Sindustry is the boldest of the bunch with full flavors and strength rounded out by the San Andres wrapper,” continued Brown.