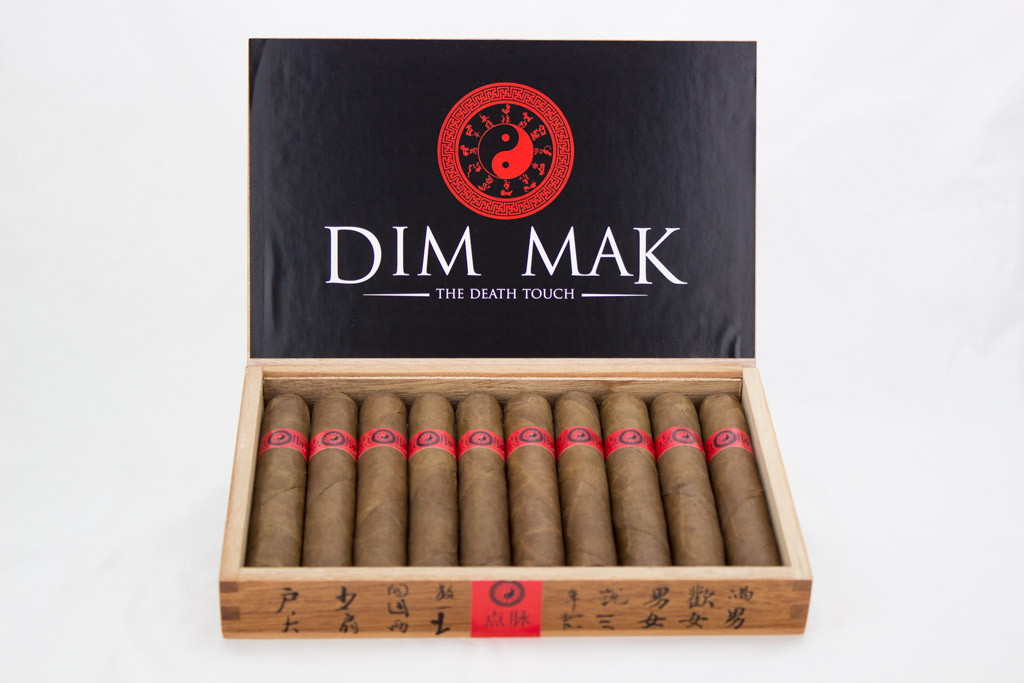 For the past two years, MoyaRuiz Cigars has released a limited edition cigar in tribute to the Cigar Dojo community. Today, the company announced the latest release for the Dojo community, MoyaRuiz Dim Mak – The Death Touch. Unfortunately if the pending FDA regulations go into effect, the company will be unable to continue this series after 2016.

Each of the Cigar Dojo releases have employed a theme of Asian and Martial Arts inspiration. This started in 2014 with the La Jugada Nunchuck, for which the company received a patent that joins two cigars with a fuse similar to an actual Nunchuck. In 2015, the company released The Chinese Finger Trap – a somewhat controversial release incorporated the novelty game theme.

Dim Mak is a mythical martial arts technique, which is said to cause delayed death due to a single blow by the hand. It typically is used by grandmasters as a last resort when death becomes the only option. This theme has what the company calls a “not-so-subtle message to the FDA and their overbearing regulations.

As for the cigar, it is highlighted by an Ecuadorian Habano wrapper, a Nicaraguan binder, and a combination of Nicaraguan and Dominican filler. This is MoyaRuiz’s first use of Dominican tobaccos in a blend. The cigar is being produced in one size -a 5 x 54 robusto. It will be available in ten count boxes with a total production of 700 boxes. Pricing will be $9.90 per cigar or $98.95 per box. Cigar Dojo members will be given first access to the product through an exclusive sale via JR Cigar. 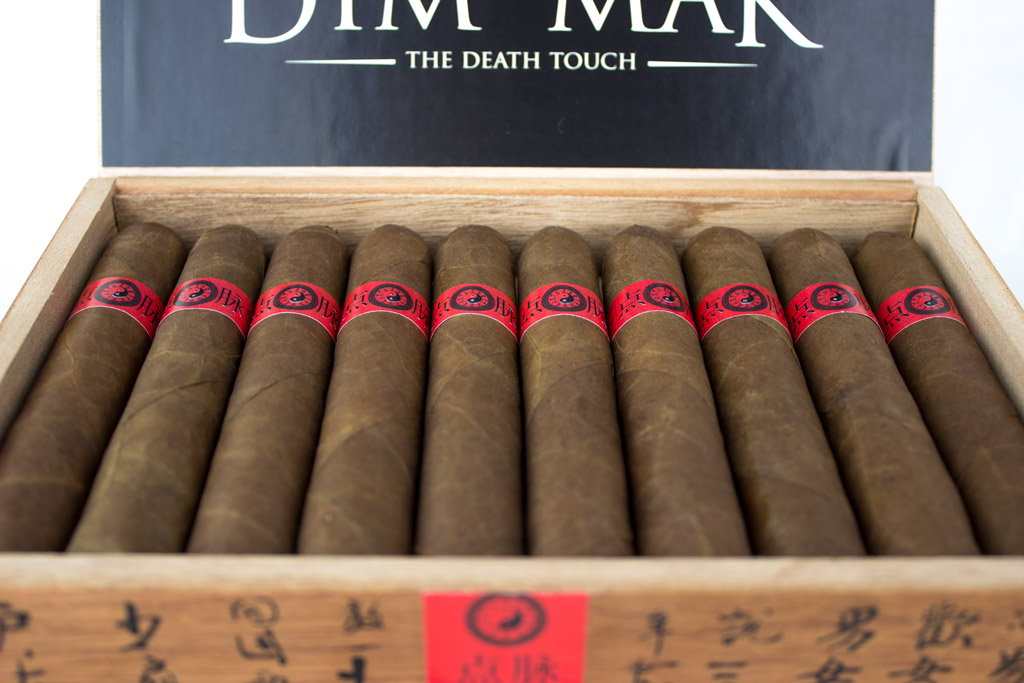 Consistent with other MoyaRuiz Cigars, the Dim Mak is produced at Erik Espinosa’s La Zona factory.

At a glance, here is a look at Dim Mak – The Death Touch: