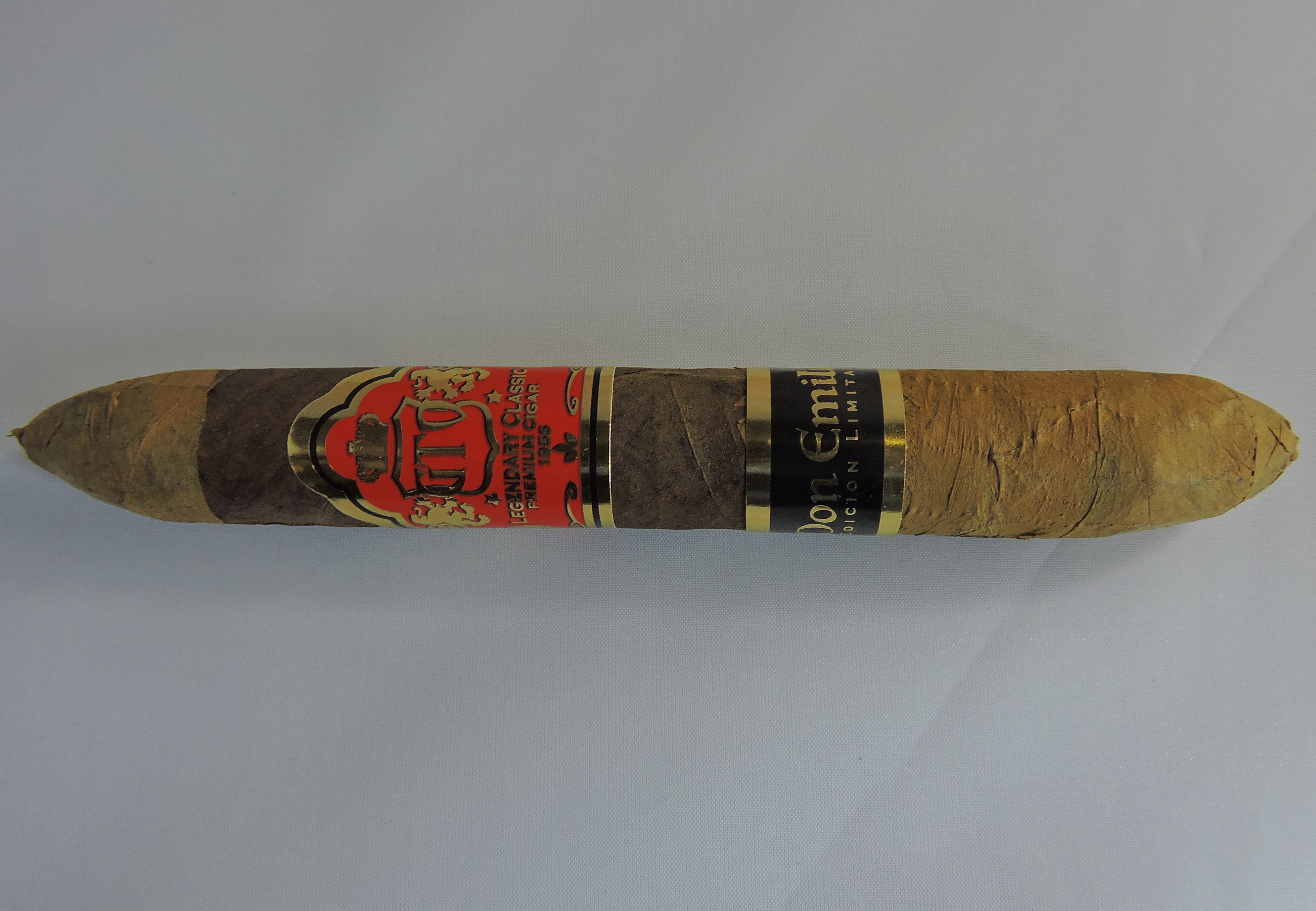 Earlier this year, GTO Dominican Cigars released a special limited cigar called the GTO Don Emilio. The name Don Emilio pays homage to owner Dr. Oscar Rodriguez’s father. This was a blend that originally started by Rodriguez and his father, but sadly his father would pass away earlier this year. Rodriguez took it upon himself to complete the blend and the project. The result was a cigar that would now pay tribute to his father. Recently I’ve had an opportunity to smoke this cigar. Overall not only is this a unique cigar in appearance, but it’s a unique one in how it smokes. In the end, it delivered an outstanding cigar experience.

While Rodriguez runs GTO Dominican Cigars, he also is a doctor who is based in the Montgomery, Alabama area. He also has roots from the Dominican Republic where his family has been cultivating and growing tobacco for six decades. Today GTO Cigars is a small vertically-integrated operation. In addition to growing and cultivating its own tobacco, the company has its own factory, Tabcalera GTO Dominicana. As for distribution, the company has established its footprint in the Southeast U.S. region.

This cigar has a unique design in that it has a segmented wrapper. It is a perfecto design that contains a natural Dominican wrapper in the middle, sandwiched in-between Connecticut Shade from the header and footer.

Without further ado, let’s dive deeper into the GTO Don Emilio Edicion Limitada and see what this cigar brings to the table:

In addition to the Connecticut Shade, the remainder of the Don Emilio blend consists of 5 year old proprietary Dominican tobacco from Rodriguez’s farms. All of these tobaccos were hand-selected by Rodriguez.

The Don Emilio Edicion Limitada comes in one size – a 6 x 54 perfecto. Rodriguez selected this vitola because he felt it would deliver the flavor profile he was looking for.

As mentioned two wrappers that make up the GTO Don Emilio Edicion Limitada are arranged in a segmented fashion. The Dominican wrapper has a medium brown color. Depending on how the light hits that wrapper, it might give off a slight colorado red tint to it. As for the Connecticut Shade, it has a light weathered brown color. The weathered look is something I see on a lot of U.S. Connecticut Shade. There are some visible veins and visible wrapper seams present on the surface of the cigar.

There are two bands on the GTO Don Emilio Edicion Limitada. The primary band is common to what is seen across the various GTO lines. The band has a red background with gold colored font. On the center of the band is the is the text “GTO” surrounded by a shield. Above the shield is a crown. Below the shield is the text “LEGENDARY CLASSIC”. Below that text is the text “PREMIUM CIGAR” in a smaller font. Below that text is the text “1996” in yet a smaller font. There are various gold adornments on the band. Finally the band is surrounded by a gold and black trim.

The secondary band sits on the upper portion of lower segment. It is black in color with thick gold-colored trim. The text “Don Emilio” sits on the black background – also in a gold foil-like color in a handwriting style font. Just below it is the text “EDITION LIMITADA” in small gold font.

Before lighting up the Don Emilio, I went with a straight cut. As I have being doing with all of my figurados and perfectos, I used my Credo Special T cutter with the 36 ring gauge hole to get an ideal cut. Once the tip was removed, I moved on to the pre-light draw. The dry draw delivered a mix of cream and wood with a subtle sweet natural tobacco note. Overall I considered this to be a satisfactory pre-light draw. At this point I was ready to light up the Don Emilio and see what the smoking phase would have in store.

Throughout the first Connecticut Shade segment, the cream and white paper notes alternated in intensity, but overall I would say the cream had the edge. As the Don Emilio moved to the Dominican wrapper, there was a significant change in the profile – namely, the cream notes diminished and were replaced by a natural tobacco note.

Throughout the second half, the natural tobacco and cedar remained in the forefront. Toward the last third, the cedar had more of an edge. I still detected some cream and pepper in the background, but at this point these notes played less of a role. This is the way the cigar experience of the Don Emilio came to a close. The resulting nub was firm to the touch and cool in temperature.

Overall the burn performed quite well. I found the Don Emilio maintained a straight burn path and a straight burn line from start to finish. The cigar clean burned through the Connecticut and Dominican wrapper segment with no problem. I found the resulting ash to have a charcoal gray color. While the ash started out firm, I did find it got a little looser as the cigar burned through the Dominican segment. Meanwhile the burn temperature was ideal. I did find this cigar burned a tad-bit faster than I prefer. The three samples I smoked averaged about 75 minutes. I would have preferred it closer to 90 minutes for a cigar of this size. This didn’t result in any adverse effects other than a shorter smoking time. 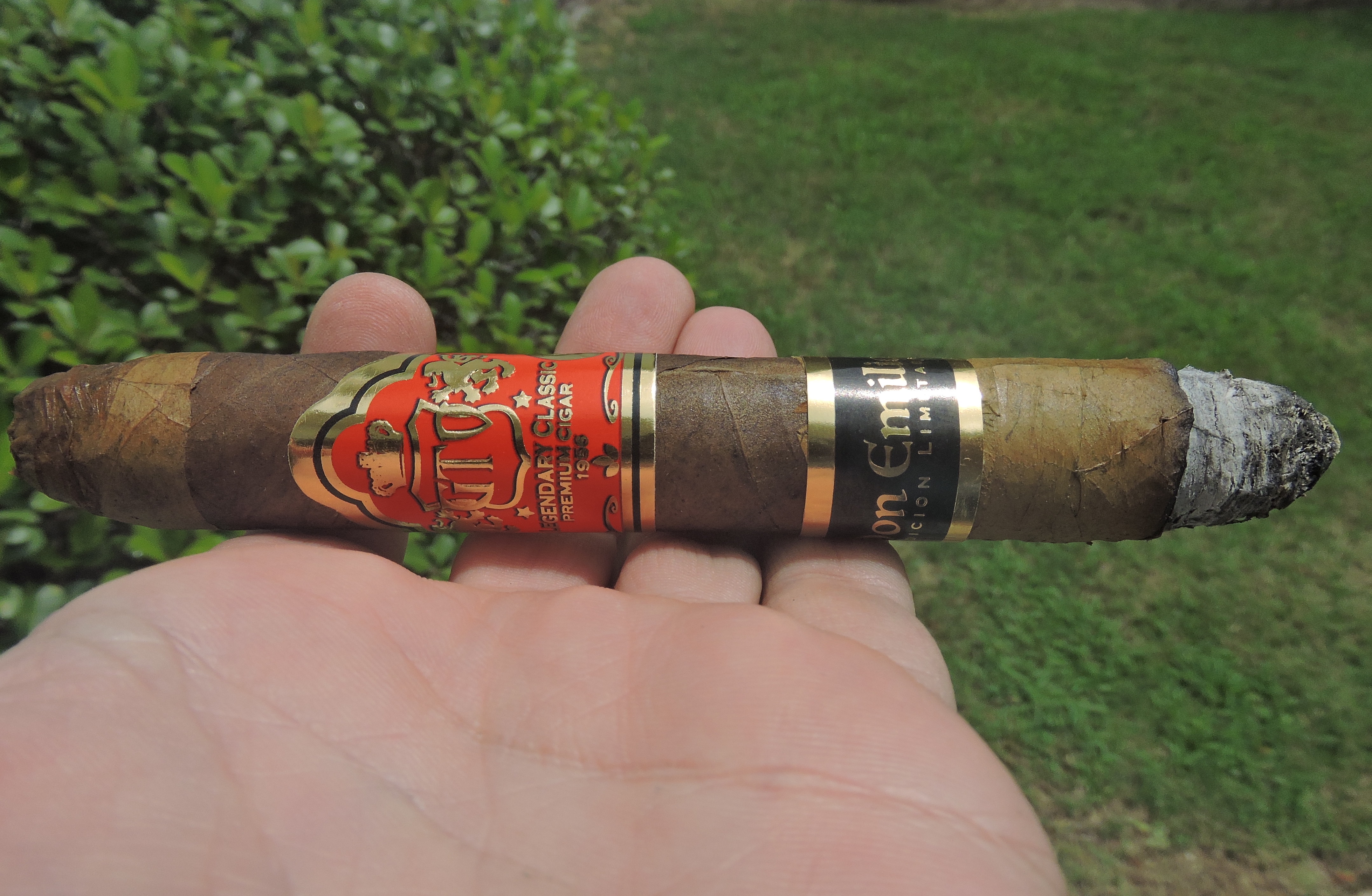 The draw to the Don Emilio was outstanding. It was not too tight, nor too loose. Once the cigar reached the Dominican wrapper segment, there was a definite increase in smoke production.

Throughout the cigar experience, I found the strength and body balanced each other nicely with neither attribute overshadowing the other.

There aren’t a lot of segmented wrapper cigars on the market, but when I find one I like it when things change-up on the flavor profile. With the GTO Dominican Don Emilio, this is a cigar that lived up my expectations. It was like smoking two different cigars – a nice Connecticut Shade early on, followed by a flavorful Dominican puro. The nice bonus with this cigar was how it built up in strength and body throughout the smoking experience. Finally, I think Rodriguez was spot on putting this cigar into the perfecto as it worked beautiful with this blend. This is a cigar I would recommend to an experienced cigar enthusiast, but it’s a great cigar for a novice looking for a flavorful smoke that progresses in strength and body. As for myself, this is a cigar I would smoke again – and it’s certainly a box worthy cigar.