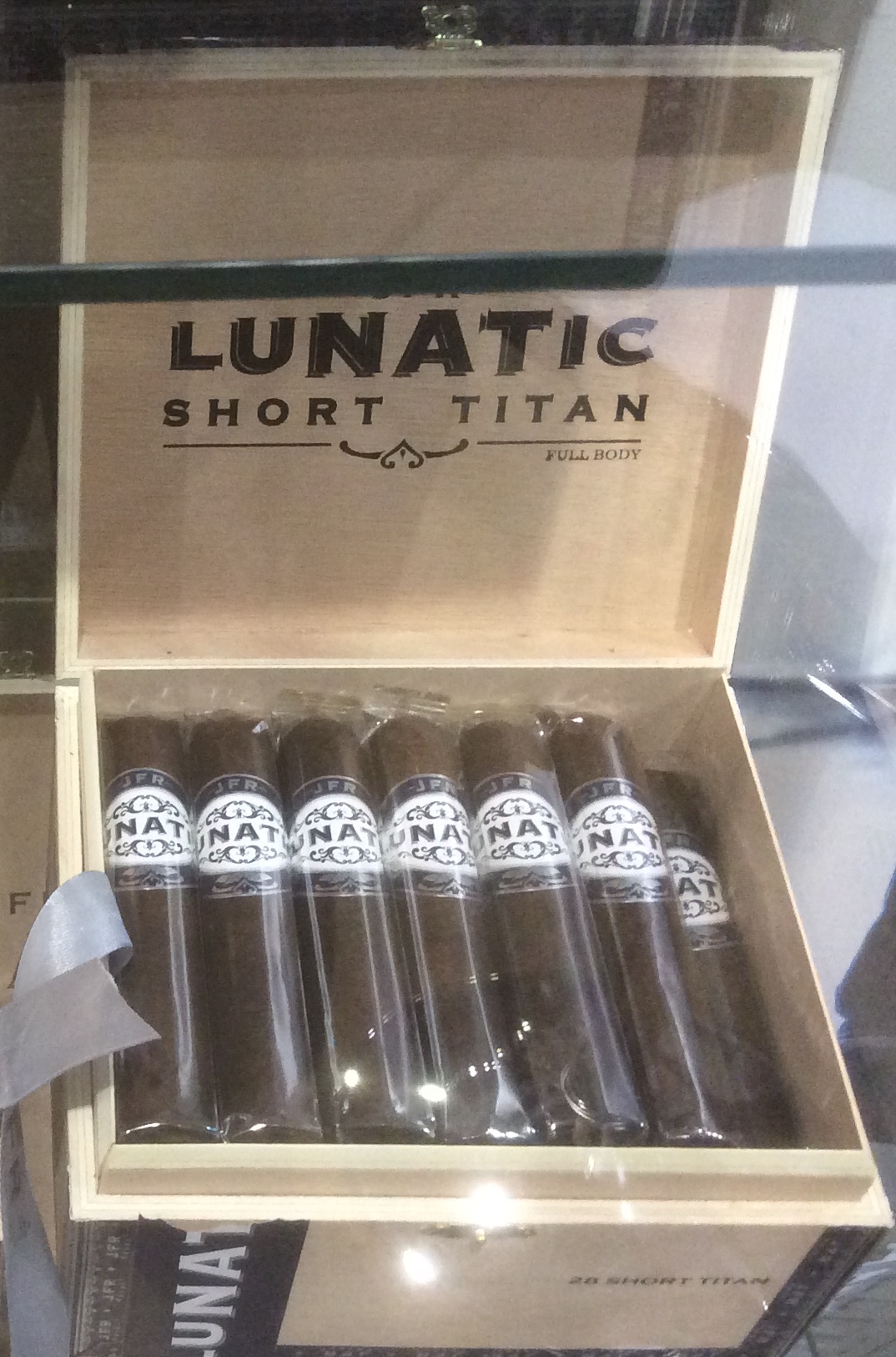 At the 2016 IPCPR Trade Show, Casa Fernandez unveiled two new sizes to its JFR Lunatic Maduro line – the JFR Lunatic Short Titan, a 4 1/4 x 60 vitola and the Short Robusto 4 1/4 x 52. This brings the total number of offerings in the JFR Maduro line to five.

The JFR Lunatic made its debut in 2014 and for the most part, the line has been geared toward large ring gauges. The addition to the Short Robusto is the first size in the blend that is more traditional. Both sizes are packaged in 20 count boxes.

JFR stands for “Just for Retailers” and has been positioned as a brand primarily geared for brick and mortar shops. This year, Casa Fernandez also unveiled a Habano version of the JFR Lunatic line.

At a glance, here is a look at the JFR Lunatic line: