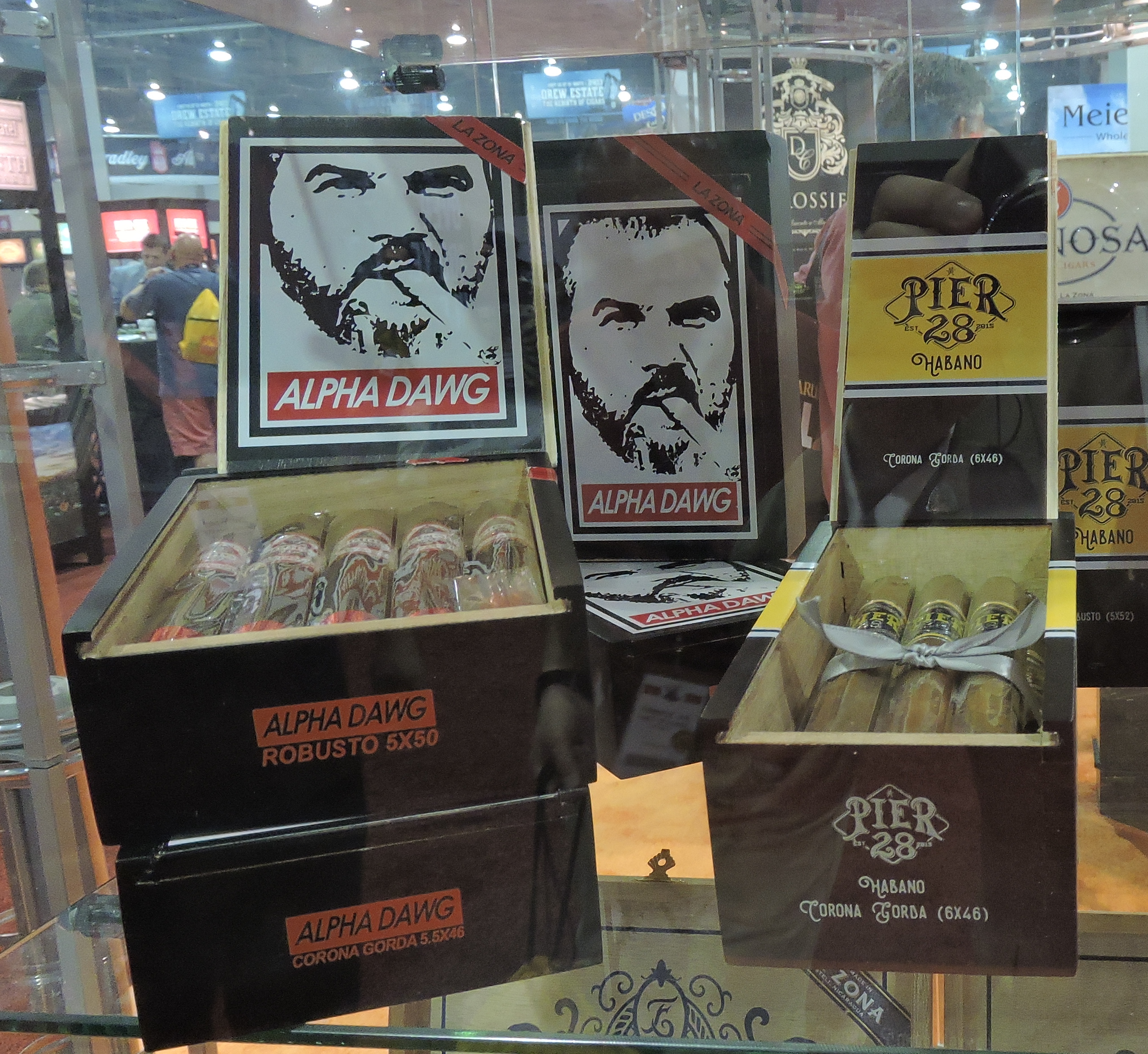 Two cigar lines that were launched by Espinosa Cigars at this year’s IPCPR Trade Show are now heading to widespread distribution – the Espinosa Alpha Dawg and Espinosa Pier 28 Habano.

Alpha Dawg consists of an Ecuadorian Habano Rosado wrapper over Nicaraguan binder and filler. It was launched in three sizes: Robusto (5 x 50), Corona Gorda (5 1/2 x 46), and Short Churchill (6 x 48). Each are available in ten count boxes.

The Alpha Dawg project first surfaced at the Espinosa LaZonaPalooza event held earlier this year. LaZonaPalooza was three day gathering of social media, online media, and retail community members. At the event, attendees had a chance to vote on both the final blend and the final packaging. It was originally being considered for an event only cigar, but a decision was made to make it a regular offering.

Pier 28 Habano consists of an Ecuadorian Habano Cafe wrapper over Nicaraguan binder and a combination of Nicaraguan and Dominican filler. It was originally launched in four sizes: Corona Gorda (6 x 46), Box Pressed Toro(6 x 50), Robusto (5 x 52), and a 6 x 60.