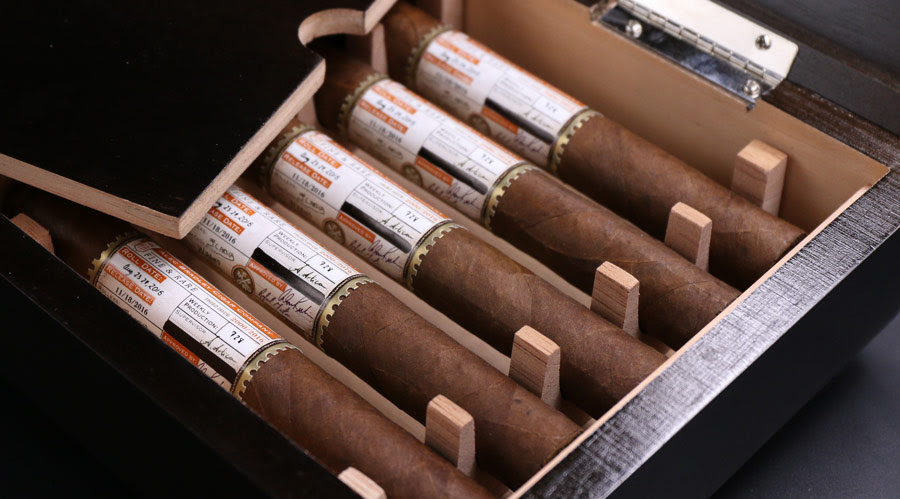 Alec Bradley’s Fine & Rare, the company’s annual ultra-premium limited edition cigar is back for the sixth consecutive year. This week the company announced that the Alec Bradley Fine & Rare 2016 will be the third release to utilize the HJ10-I blend. The cigar is officially being dubbed the Alec Bradley HJ10-I Third Issue and has is now en-route to retailers.

The Fine & Rare is an annual release that has featured different blends and sizes, but one common denominator is that it contains ten tobaccos. The series made its debut in 2011 with the HJ10-I blend.  The blend made a return with the 2013 release. The other years have utilized other blends containing ten tobaccos.

The ten tobaccos in the HJ10-I Third Issue are aged 3 to 6 years. The filler contains seven tobaccos from Jalapa and Esteli, Nicaragua and the Trojes region of Honduras. A double binder consisting of a Trojes and Esteli  leaf is also used. The cigar is finished with a proprietary corojo wrapper from Trojes. This year’s edition is in a 6 x 52 Toro format. The cigar is produced at the Raices Cubanas factory in Danli, Honduras.

The cigar utilizes similar banding (but with a different color scheme) to previous Fine & Rare iterations. The band contains the names of the rollers, production supervisor, and principals from Alec Bradley Cigars.

“The thing about a limited release is that it’s here and then it’s gone. We want to get the HJ10-I into the hands of smokers that both remember and love the cigar, as well as those who may not have had the opportunity to try it in the past. The holiday season is the perfect time to share cigars with friends and family or find some time for yourself to enjoy something special. The Fine & Rare HJ10-I will be there to take that experience and enjoyment to the next level, however you decide to partake,” added Rubin.

The Alec Bradley Fine & Rare HJ10-I Third Issue will be packaged in elegant ten count boxes with a total production of 2,000 boxes. Pricing is set at $16.00 per cigar. 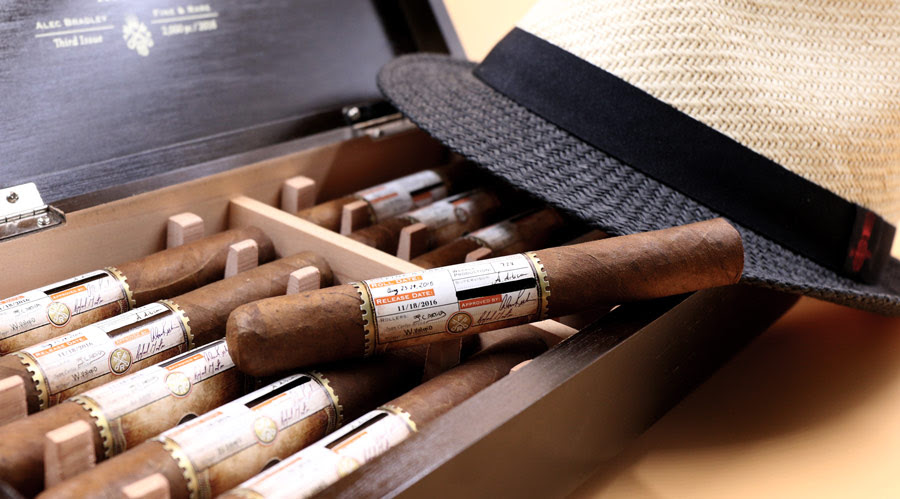 For completeness here is a look at the Alec Bradley Fine & Rare Series:

At a glance, here is a look at the Alec Bradley Fine & Rare HJ10-I Third Issue: