Similar to 2015, members of the TAA were given an opportunity to select the cigar that would be the 2016 exclusive offering from La Flor Dominicana. Three sizes based on a common blend using a San Andres Natural wrapper were presented to the TAA retailers as candidates for the TAA 48: a Robusto (5 1/4 x 50), a Gordo (6 1/4 x 60), and a box-pressed Toro (6 x 54). The final selection was made this past March at the 2016 TAA Convention held in Puerta Vallarta, Mexico with the box-pressed Toro as the winner and becoming the La Flor Dominicana TAA 48. The “48” refers to the 48th edition of the TAA’s annual convention. 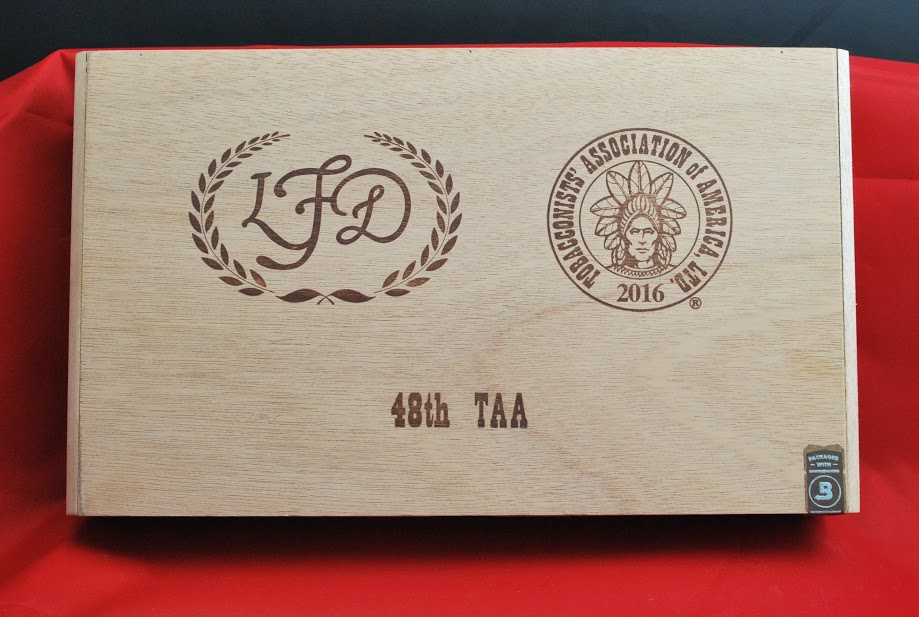 In addition, when the La Flor Dominicana TAA 48 was announced, a second blend was also announced called the La Flor Dominicana TAA 48 Celebration Limited Edition Maduro. This was a more limited release that features a Connecticut Broadleaf offering of the TAA 48. The TAA 48 Celebration offering was only made available at events held at TAA retailers supporting the rollout of the TAA 48.

Exclusive cigars for the TAA are nothing new, but over the past few years the number of offerings offered per year has grown quite large. 2016 included ten new limited offerings, the La Flor Dominicana limited event only offering, and six on-going exclusive offerings. This brings the total cigars for 2016 available to TAA members to seventeen.

This year, the following new cigars have been released for the 2016 TAA Exclusive Series:

As mentioned, La Flor Dominicana has a five year history in the TAA Exclusive Series. These releases include the following:

Without further ado, let’s take a closer look at the La Flor Dominicana TAA 48 and see what that cigar brings to the table.

The blend to the La Flor Dominicana TAA 48 is a three region multi-national blend.

As mentioned, the La Flor Dominicana TAA 48 is available in one size – a 6 x 54 box-pressed Toro. The cigars are packaged in 25 count boxes. 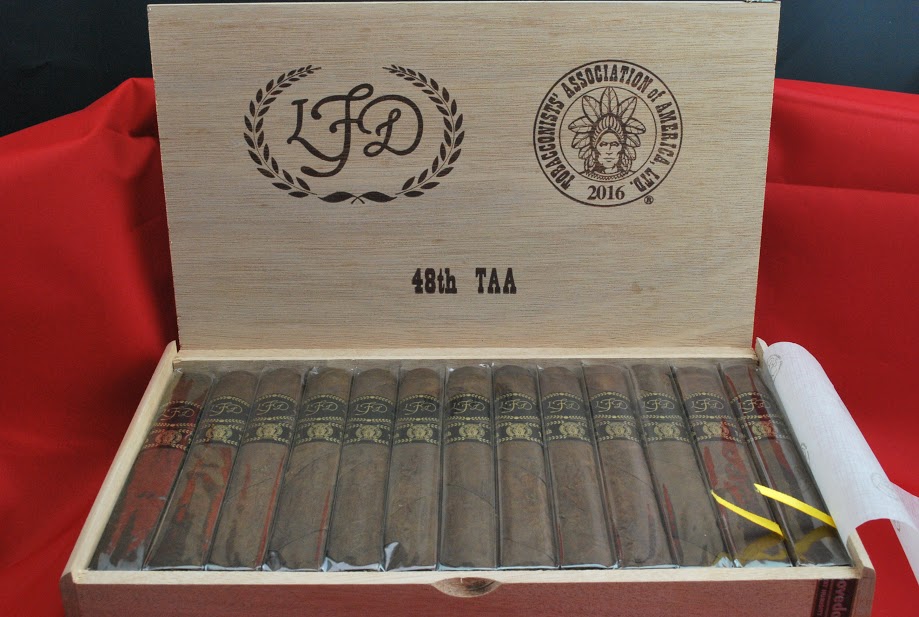 The San Andres wrapper to the La Flor Dominicana TAA 48 has an espresso bean color. There is a light coat of oil on the surface of the wrapper. This cigar had a smooth surface with only some thin visible veins. Most of the wrapper seams were also quite thin. This is more of a sharper box-press, but not quite the sharpness of the La Flor Dominicana Factory Press series.

Thee are two bands on the TAA 48. The primary band has a black background with gold font. On that background it has the classic LFD gold script logo. The band has what I term classic “LFD gold adornment” for trim. On the left and right side of the script logo, there is both a gold leaf and a gold medallion.

There is a secondary band that rests just below the primary band. It is also black in color with gold font. At the center of the band is the Indian logo of the TAA. To the left is the text “48th”. To the right is the text “TAA”. The band is finished with more LFD-styled gold adornments.

Prior to lighting the La Flor Dominicana TAA 48, I went with a straight cut to remove the cap. After clipping the cap, I moved on to the pre-light draw. The dry draw produced a mix of chocolate and damp earth notes along with some citrus and white pepper. Overall I considered this to be a very good pre-light draw. At this point I was ready to light up the La Flor Dominicana TAA 48 and see what the smoking experience would have in store.

The start of the La Flor Dominicana TAA 48 delivered a short hit of black pepper. Once the black pepper subsided notes of coffee and damp earth surfaced in the forefront. The pepper settled in the background and was joined by some notes of citrus. There was a slight sour component to the citrus component that was present throughout the smoking experience. Meanwhile the retro-hale produced an additional layer of black pepper.

Just past the midway point, the damp earth notes became more prominent and eclipsed the coffee notes as the primary flavor. The citrus and pepper still remained in the background and continued to vary in degrees of intensity.

The last third of the La Flor Dominicana TAA 48 saw an increase in the black pepper with it closing in toward the forefront. At times the pepper spice had some of the pungency that I often associate with San Andres tobacco. There still was a citrus component in the background, but the coffee notes pretty much dissipated. This is the way the cigar experience came to a close. The resulting nub was cool in temperature, but slight firm to the touch.

On each of the samples of the La Flor Dominicana TAA 48, I had a little bit of jaggedness on the burn line at the start of the smoking experience. After about 1/2″ into the cigar, the burn line straightened out and remained sharp for the remainder of the cigar experience. This was also a cigar that burned in a straight path – never in danger of tunneling or canoeing. The resulting ash was light gray in color. This was an ash that was not overly firm, but it wasn’t loose or flakey either. The burn rate and burn temperature were both ideal 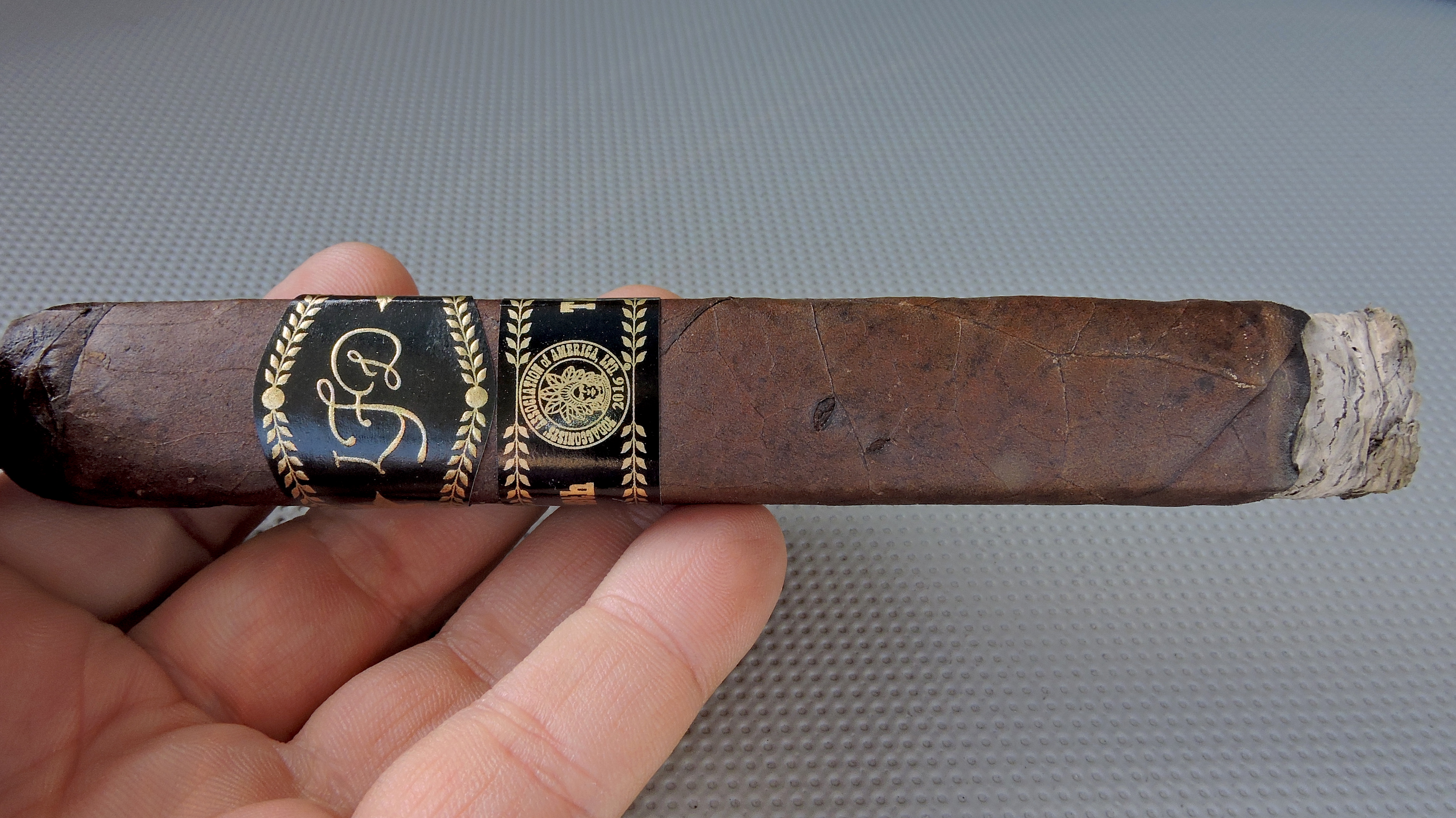 iThe draw to the La Flor Dominicana TAA 48 also performed very well. It was not too loose, nor too tight and it seemed to maintain the right amount of resistance throughout the smoking experience. Overall, this was a low maintenance cigar to derive flavor from.

With this the first review of the 2016 TAA Exclusive Series, I want to give a few of general comments up front. First, seventeen blends in a given year remain way too many offerings in the TAA series. Second, I still think with this many cigars the TAA as an organization should invest in some marketing and promote through press releases. The better educated a consumer is, the better the cigar will do. Finally, I believe more creativity from the manufacturing end will help the series as a whole. That being said, five years into being a part of TAA releases, La Flor Dominicana has done a stellar job at doing creative things – whether it is the voting on the cigar or the event only offering.

One thing that stood out about the TAA 48 is how different of a La Flor Dominicana cigar it was. While this wasn’t the boldest cigar produced by La Flor Dominicana, there is a ruggedness and gritty feel that gave entire TAA Exclusive Series. I did find the flavors of the first half of the TAA 48 to be better than the second half. In particular, the later stages of this smoke will amplify some of the pungency I often get from San Andres tobacco. Overall, this is a cigar that I would steer to a more seasoned cigar enthusiast. As for myself, it’s a cigar I’d smoke again – and it’s worthy of a box split.