For the past three years CAO has been releasing several holiday themed releases. This year, seven of these blends will be packaged up in a 14 count sampler called the CAO Holiday Horde. The sampler is now available just in time for the end of the year holidays. 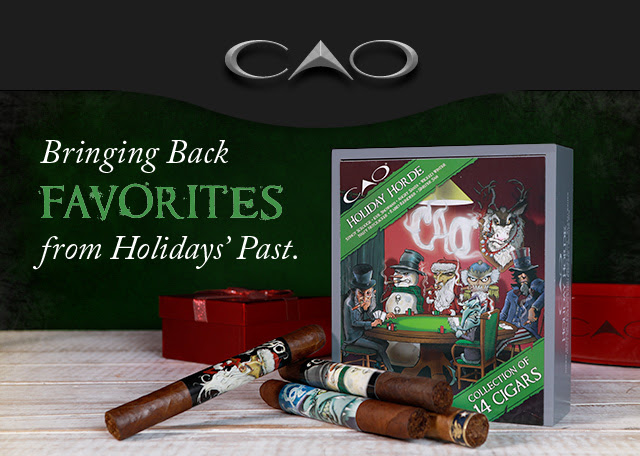 Here’s a closer look at the cigars featured in the CAO Holiday Horde box. The sampler will contain two cigars per blend.