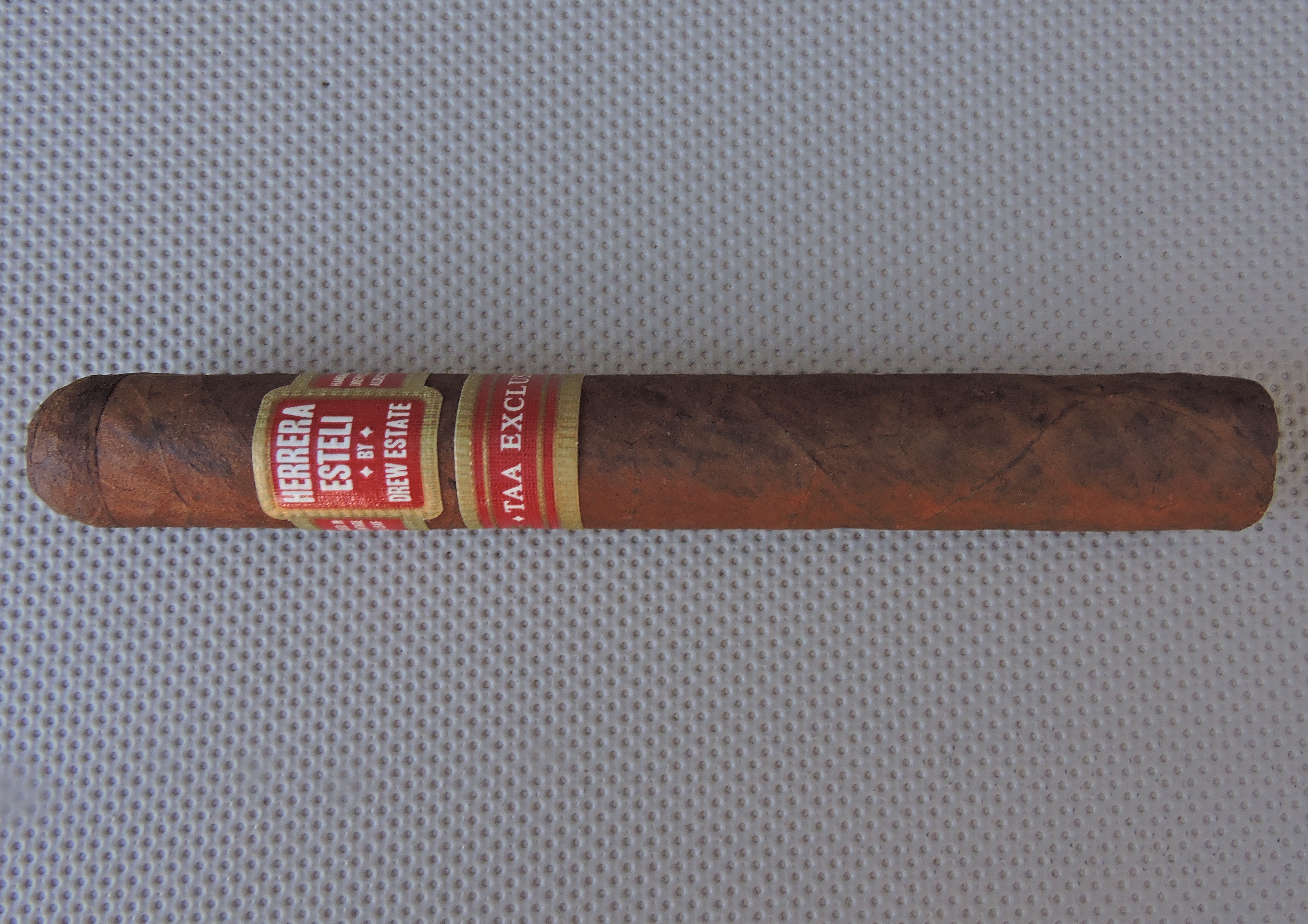 Exclusive cigars for the TAA are nothing new, but over the past few years the number of offerings offered per year has grown quite large. 2016 included ten new limited offerings, an event only offering from La Flor Dominicana, and six on-going exclusive offerings. This brings the total cigars for 2016 available to TAA members to seventeen.

This year, the following new cigars have been released for the 2016 TAA Exclusive Series:

In addition to the Connecticut Broadleaf wrapper, the Herrera Esteli TAA Exclusive uses a Brazilian Mata Fina binder and an all Nicaraguan filler.

The blend for Herrera Esteli TAA Exclusive was originally only made available to TAA retailers. Later in 2016, a lancero size was added based on the TAA blend as a shop exclusive to Stogies World Class Cigars in Houston, Texas. 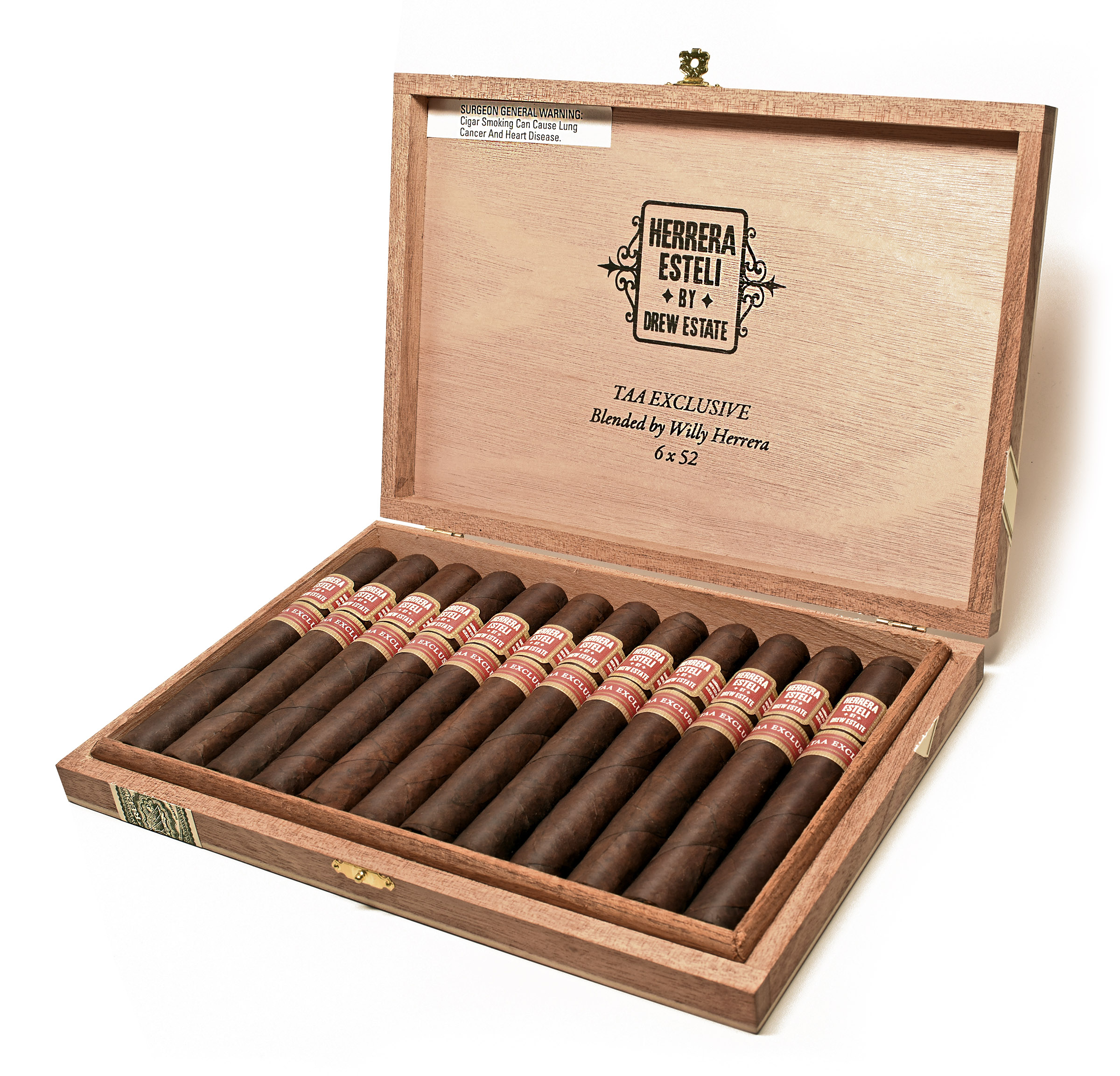 The Connecticut Broadleaf wrapper of the Herrera Esteli TAA Exclusive had a roasted coffee bean color. There was a nice nice darker marbling on the surface of this wrapper. The wrapper itself had some oil on the surface. There were some thin veins and thin visible wrapper seams on the wrapper. Overall I considered this to be a wrapper on the smoother side.

There are two bands on the Herrera Esteli TAA Exclusive Toro. The primary band is has white lettering on a red background with some gold trim. On the center of the band is the text “HERRERA ESTELI by DREW ESTATE”. To the left is the text (in smaller font), “WE WARRANTEE THE TOBACCO USED IN HERRERA ESTELI ARE THE FINEST VINTAGE AGED AIR CURED BLACK CIGAR LEAF”. To the right is the text “HANDMADE BY LA GRAN FABRICA DREW ESTATE S.A. FRENTE A LAS ALDEAS SOS BARRIO OSCAR GAMEZ” (which translates to the address of Drew Estate in Nicaragua).

Just below the primary band is a secondary band. This is also red in color with gold trim. On the center of the band is the text “TAA EXCLUSIVE” in white font. There is a gold pinstripe both above and below that text.

Prior to lighting up the Herrera Esteli TAA Exclusive, I went with my usual choice of a straight cut to remove the cap. Once the cap was clipped I moved on to the pre-light draw. The dry draw delivered a combination of coffee notes and natural maduro sweetness (a cross of natural tobacco and fruit notes). Overall I considered the pre-light draw of this cigar to be satisfactory. At this point I was ready to light up the Herrera Esteli TAA Exclusive and see what the smoking phase would have in store.

Just past the midway point, I found the maduro sweetness receded back leaving the coffee and earth notes in the forefront. A small amount of pepper emerged again on the tongue, but this time it was more of a black pepper varietal.

The last third saw the earth notes remain as a primary flavor. From time to time, I still found the coffee notes present in the forefront. The black pepper notes were in the background with the maduro sweetness more distant. This is the way cigar experience of the Herrera Esteli TAA Exclusive came to a close. The resulting nub was slightly soft to the touch and cool in temperature.

The Herrera Esteli TAA Exclusive maintained a straight burn path from start to finish. There was a slight amount of curvature of the burn line itself. This was a cigar that didn’t require excessive touch-ups, nor was it ever in danger of tunneling or canoeing. The resulting ash was firm with a silver-gray color. Meanwhile the cigar maintained an ideal burn rate and ideal burn temperature. 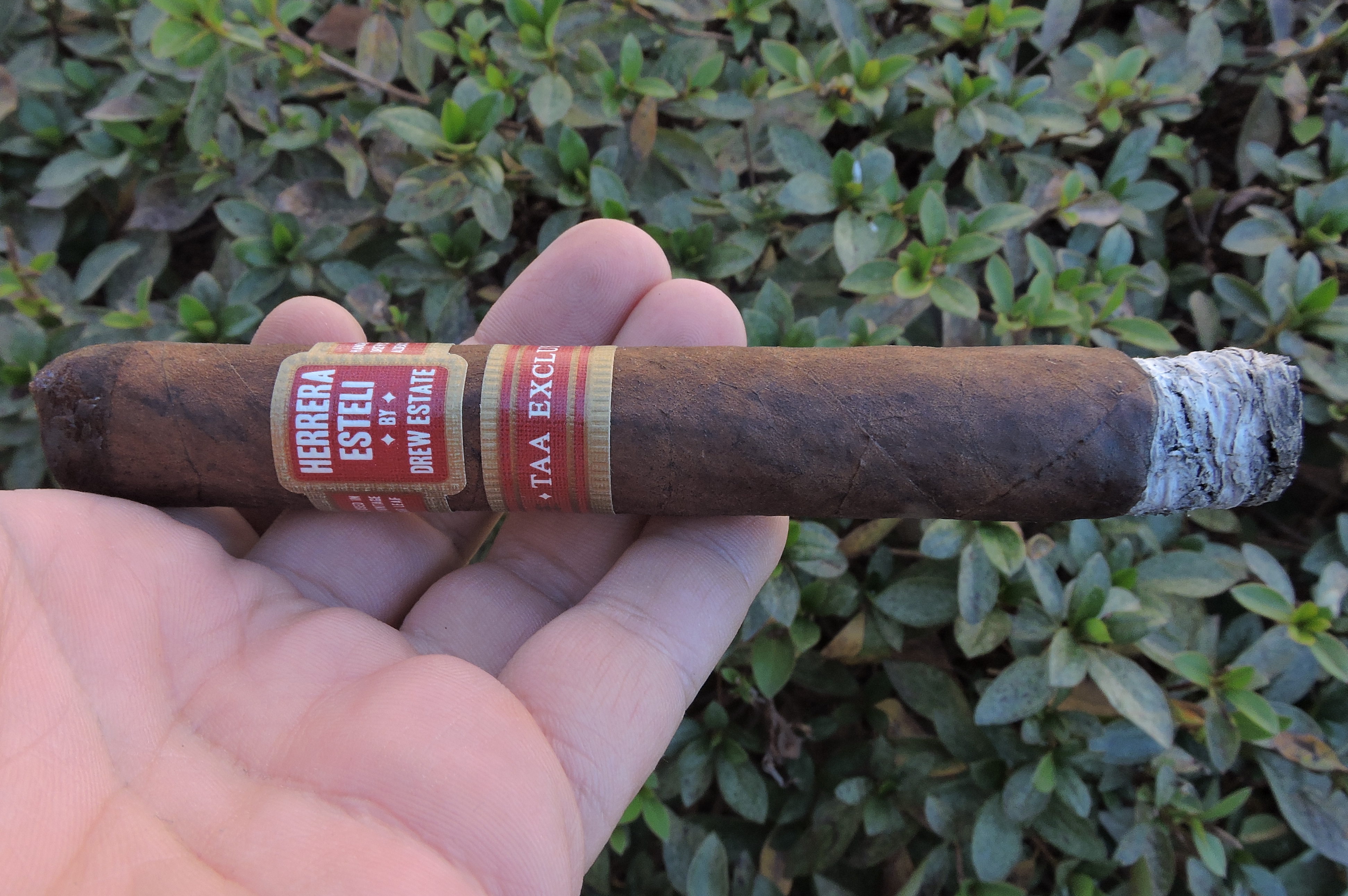 From a draw standpoint, the Herrera Esteli TAA Exclusive seemed to maintain the right amount of resistance – not too tight, nor too loose. This made this an enjoyable cigar to puff on.

In terms of strength and body, I found the Herrera Esteli TAA Exclusive to be slightly bolder than the regular production Herrera Esteli Ecuadorian Habano line. This was a cigar that started out medium strength. Toward the last third there was a slight uptick in the strength and the level pushed into medium to full territory.

Meanwhile the body also started out medium. As the cigar experience progressed, I found the body increased and by the second half, it was in medium to full territory.

I have three editorial comments on the 2016 TAA Exclusive Series. Two have been brought up in the previous 2016 TAA Assessments. The third is a new comment. While the comments that follow are somewhat critical of the series, I also want to see this series be very successful.

First, seventeen blends in a given year remain way too many offerings in the TAA series. Second, I still think with this many cigars the TAA as an organization should invest in some marketing and promote through press releases. The better educated a consumer is, the better the cigar will do. Finally, I believe more creativity from the manufacturing end will help the series as a whole.

Addressing the second comment above, Drew Estate gets major credit here as they are one of the few manufacturers (along with Quesada and CLE) who actually did a press release for its 2016 TAA release.

The third comment is more of a question I have for the TAA – namely why are five Connecticut Broadleaf cigars (Tatuaje, Crowned Heads, Quesada, the LFD Celebration Event Cigar, and Drew Estate) being released as a part of the 11 limited edition TAA Cigars?  To me, I think the TAA is creating a situation where there is not only less variety, but a situation where the cigars are competing with each other.

Now I will say, the Drew Estate Herrera Esteli TAA Exclusive is an excellent cigar. It proved to me that Willy Herrera can do a very good job with a Connecticut Broadleaf cigar. I didn’t find this cigar re-invented what a Connecticut Broadleaf blend can bring to the table, but it seemed to do everything right. It’s a cigar I would recommend to an experienced cigar enthusiast. It’s also a nice cigar for a novice looking to move to something medium / medium plus. As for myself, this is a cigar I’d smoke again – and one that’s definitely worthy of a box purchase.