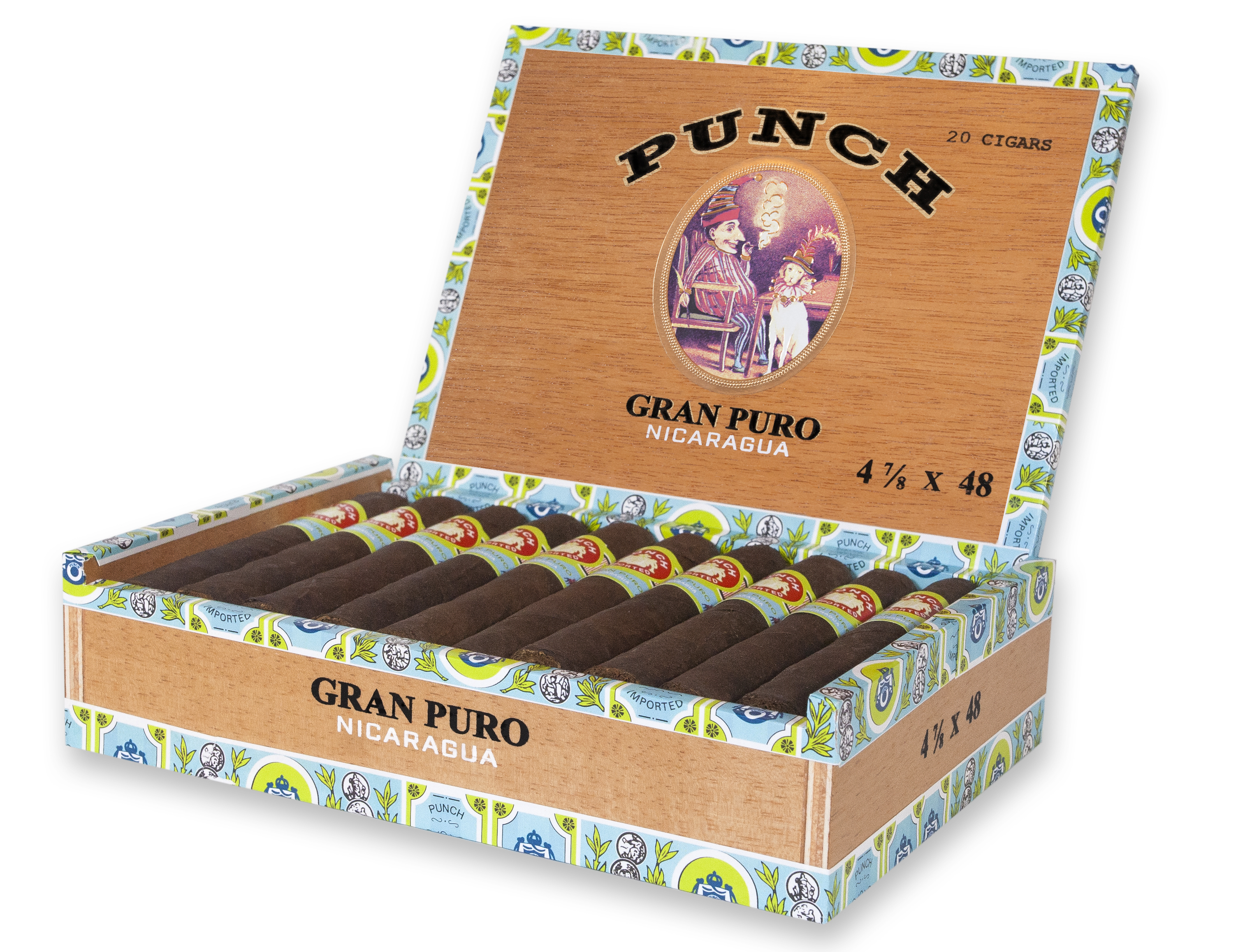 General Cigar has announced the debut of the new Punch Gran Puro Nicaragua line. It’s a new maduro offering that the company describes as a “Nicaraguan-forward” blend.

The cigar features a Connecticut Broadleaf wrapper over a Nicaraguan binder and filler. The line will be available in four sizes with pricing under $7.00 per cigar. Production is being handled at General Cigar’s HATSA factory in Danli, Honduras.

In a press release announcing Punch Gran Puro Nicaragua, Ed McKenna, director of marketing strategy for General Cigar commented, “Punch Gran Puro has been a true staple in humidors for over a decade and the brand’s recently-received high ratings have cemented its legacy in the handmade cigar category. For the extension of the Gran Puro line, our artisans built a blend that balances Nicaraguan tobaccos with a Maduro wrapper to deliver a layered, dimensional flavor not traditionally found in Nicaraguan-based cigars. We are confident that Punch Gran Puro Nicaragua will be a fast favorite among tenured smokers.”

Each of the four sizes will be packaged in 20 count boxes with a blue and green color scheme. It will feature Punch’s iconic mascot, Mr. Punch.

At a glance, here is a look at Punch Gran Puro Nicaragua: