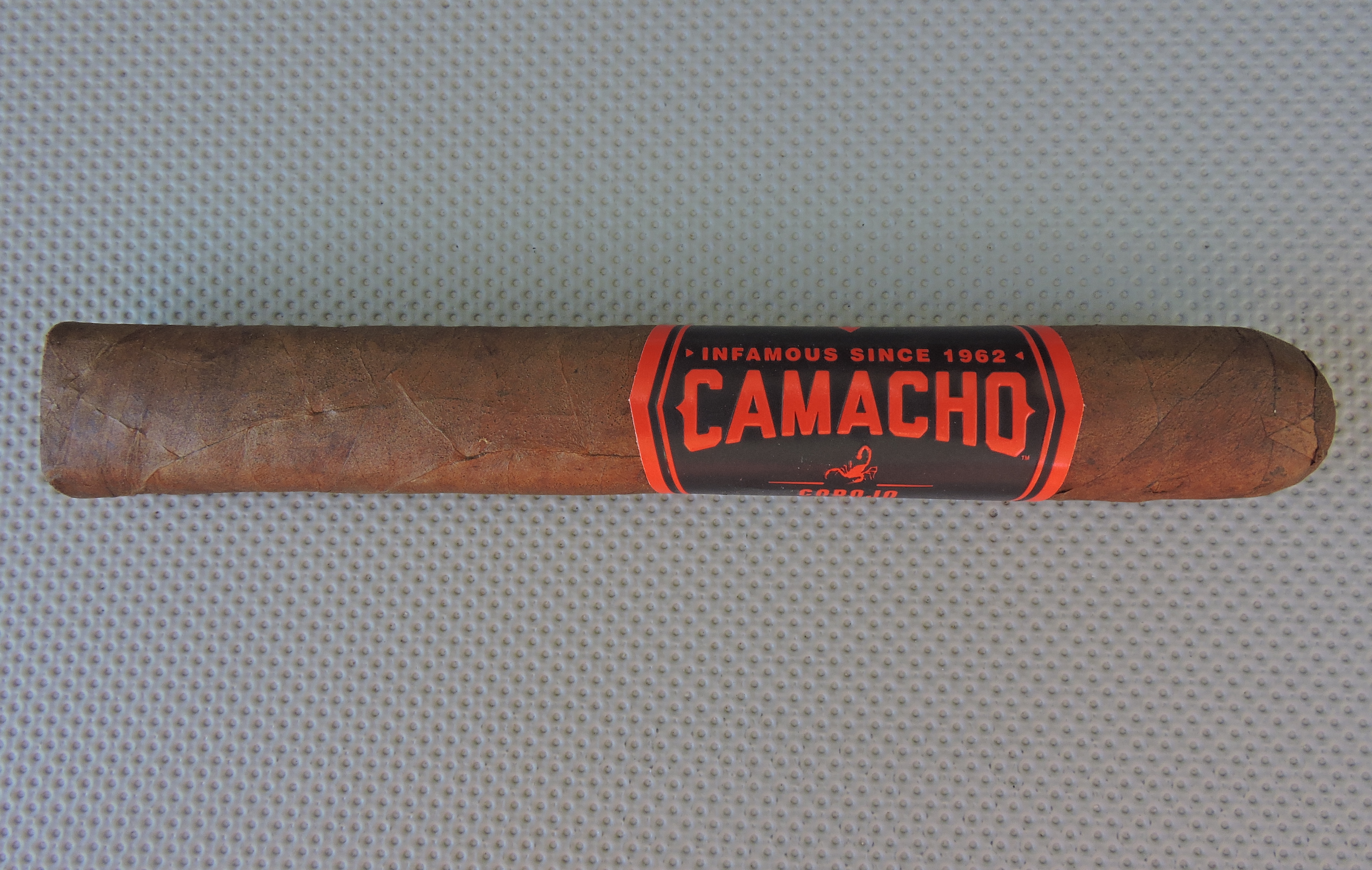 When Davidoff CEO Hans-Kristian Hoejsgaard became CEO in 2011, one of the initiatives he put in place was a theme of innovation.  This has resulted in Davidoff producing products which might be out of what is considered the company’s comfort zone. One theme that has been making its way through the Davidoff portfolio has been the introduction of box-pressed cigars – something that really hasn’t been seen in the Davidoff portfolio. We have seen this with the Davidoff Nicaragua Box-Pressed and Avo Syncro Nicaragua offerings. Now it is Camacho’s turn as earlier this year, the brand rolled out the Camacho BXP line. BXP is an all box-pressed line that is positioned as extensions to the existing Camacho Corojo, Camacho Connecticut, and Camacho Ecuador lines. These aren’t simply box-pressed versions of these Camacho favorites, but modified blends. Today we take a closer look at the Camacho Corojo BXP in the Toro size. Overall, I found this to be an enjoyable cigar and one that keeps to the brand’s “Bold Standard” mantra.

Corojo tobacco traces its origins to Cuba and eventually made its way outside the island nation. The Corojo plant is one that has been susceptable to fungus and blue mold and as a result, it has often has had lower yields. This led to the Corojo seed falling out of favor with many growers. Many other growers have worked with hybrid versions of the Corojo plant to mitigate this fungal and mold problem – most notably Corojo 99. In 1997, former Julio R. Eiroa (who at the time owned Camacho) began to work with the authentic Corojo seed at his Honduran farm and by the year 2000 he reintroduced the tobacco into the U.S. market with Camacho. Corojo became a very important part of the Camacho portfolio. Following Davidoff’s acquisition and subsequent revamping of Camacho, Corojo became an important staple of the Camacho brand and is pretty much a tobacco used across all of its lines. As a result, the revamped Camacho Corojo cigar introduced in 2013 has become the centerpiece of the brand’s portfolio.  It was logical that this line was extended into the BXP offerings.

Without further ado, let’s break down the Camacho Corojo BXP Toro and see what this cigar brings to the table.

True to the roots of the Camacho Corojo, the wrapper, binder, and filler each use Honduran Corojo. The BXP line not only box-presses the Corojo blend, but it adds Pennsylvania Broadleaf tobacco into the filler. The new BXP offerings are made at Diadema Cigars de Honduras, S.A, Davidoff’s new factory in Honduras. 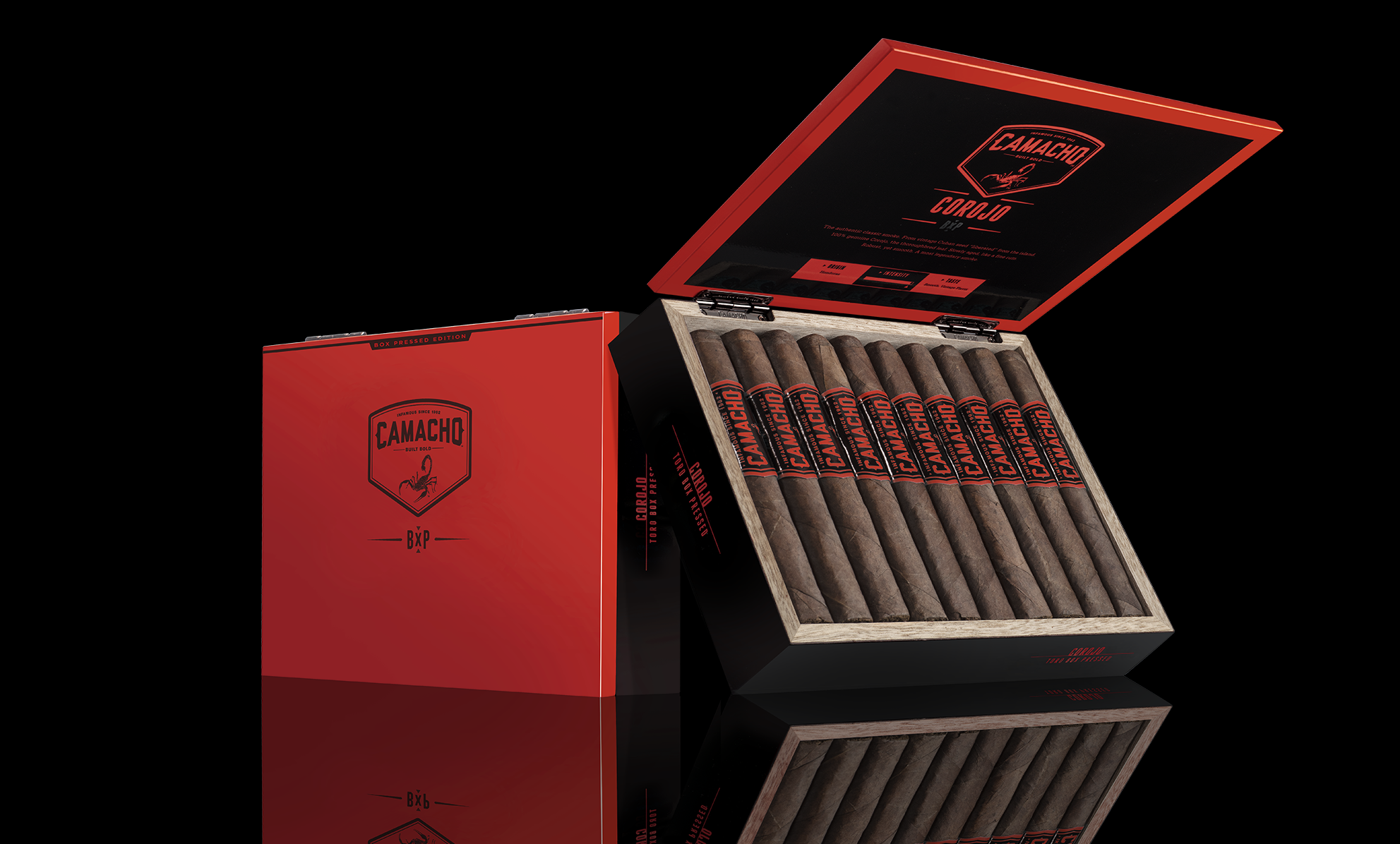 The Camacho Corojo BXP is offered in three box-pressed sizes. These three sizes are consistent across the three BXP blends. The cigars are packaged in 20 count boxes. 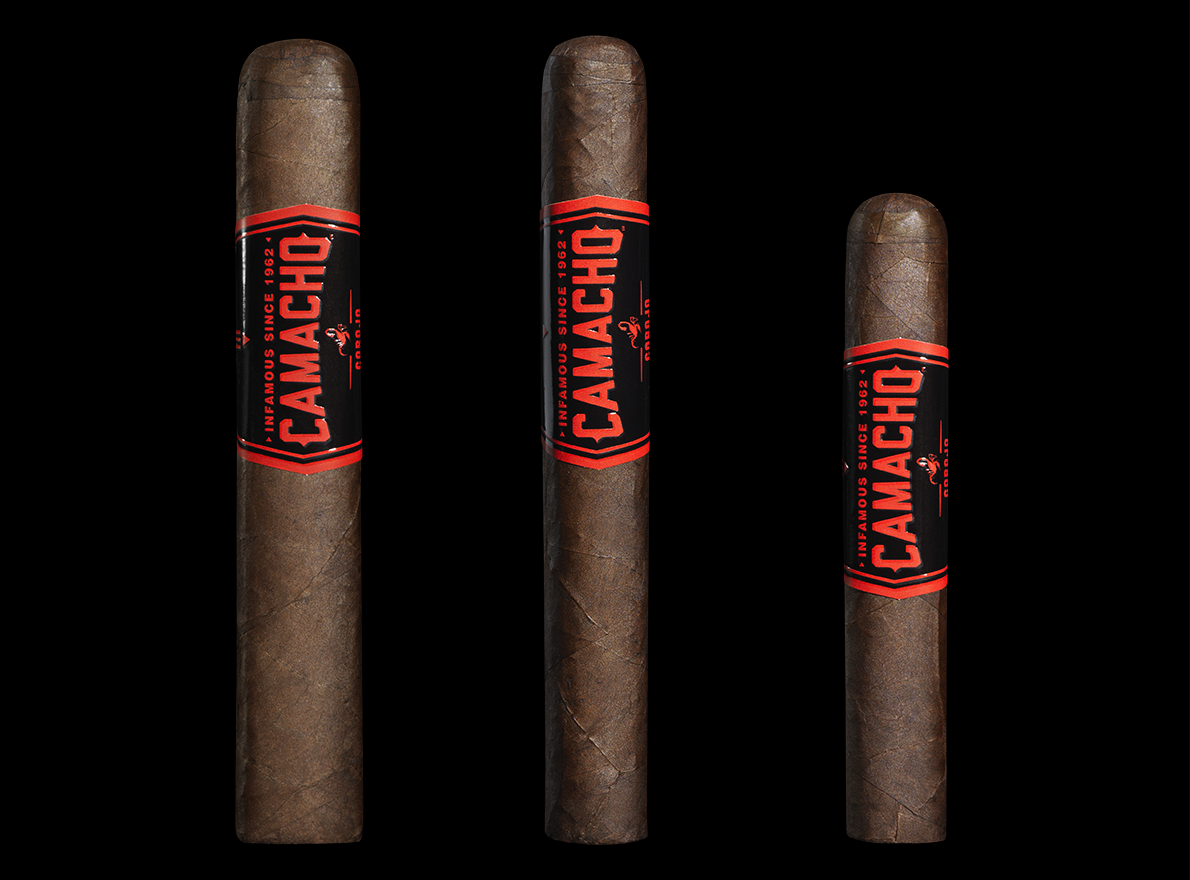 The corojo wrapper of the Camacho Corojo BXP Toro has a medium to dark brown color with a slight colorado red tint. There was also some oil on the surface of the wrapper. This was a smooth wrapper with only thin visible veins and wrapper seams practically not visible. The box-press itself was more of a “soft press”.

The band is in the style of the Camacho branding introduced back in 2013. One thing that was noticeable is that this band was “less busy” than many of the other Camacho bands. The band has a black field surrounded by red trim. On the band is the text “INFAMOUS SINCE 1962” in red font. Below that is the text “CAMACHO” in large red font. A small red Camacho scorpion sits below the “CAMACHO” text”. The text “COROJO” and “BXP” follows in smaller font. There are some additional red adornments on the black field.

As I normally do, I went with my usual choice of a straight cut to remove the cap of the Camacho Corojo BXP Toro. Once the cap was removed, I proceeded with the pre-light draw. The dry draw delivered primarily notes of earth, but there was also a touch of natural tobacco sweetness and a slight black pepper bite. Overall I considered the pre-light draw of the Camacho Corojo BXP Toro to be satisfactory. At this point, I was ready to light up the cigar and see what the smoking stage would have in store.

The Camacho Corojo BXP Toro commenced with notes of earth as a mix of black and red pepper. I also detected some cedar along with additional layer of these pepper notes on the retro-hale. The earth notes settled into the forefront early on while the red pepper receded into the background. I also picked up some subtle mineral and natural tobacco notes in the background.

For most of the first two thirds, the earth notes were grounded in the forefront. At various times, the pepper spices and natural tobacco sweetness would surface as a primary note. As the Camacho Corojo BXP Toro moved into the second half, the pepper and mineral components became more prominent and inched toward becoming primary notes.

The last third saw the earth, pepper, and mineral notes all on equal footing. There was still some natural tobacco sweetness in the background. This is the way the cigar experience of the Camacho Corojo BXP Toro came to a close.

The burn line of the Camacho Corojo BXP Toro had a slight bit of waviness to it, but for the most part it maintained a straight burn path and didn’t require an excessive amount of touch-ups. The resulting ash was on the firm side with a salt and pepper color. The burn rate and burn temperature were both ideal.

I was quite satisfied with the draw of this box-pressed cigar. It had the right amount of resistance and wasn’t too open like many other box-pressed cigars. This made the Corojo BXP Toro an enjoyable smoke from start to finish.

Camacho uses the tag-line “The Bold Standard”. I usually define boldness as a combination of strength, body, and flavor. For the most part, Camacho has done an excellent job at delivering cigars living up to the tagline. Both the strength and body come out of the gate on the upper end of medium to full. Both attributes increase in intensity and by the second half, the BXP Corojo Toro is a full strength, full-bodied cigar.

When looking at strength versus body, I found both attributes on even par for the first half, but the strength had an edge during the second half.

For the most part, I found the Camacho Corojo BXP Toro to be a good cigar. Part of me would have loved to have smoked this without the Pennsylvania Broadleaf to see how it would taste in the box-pressed format – just because of the fact it would have been 100% original corojo like the parejo offering.  This isn’t going to be the most complex cigar, but it has nice flavor. It’s definitely one of the boldest of Camacho’s “Bold Standard”.

The Corojo BXP Toro is a solid everyday cigar for the person who desires something closer to “full”. Given this cigar has some firepower, I’d recommend this to a a more seasoned cigar enthusiast. As for myself, this is a cigar I’d smoke again – and its worthy of a box split.