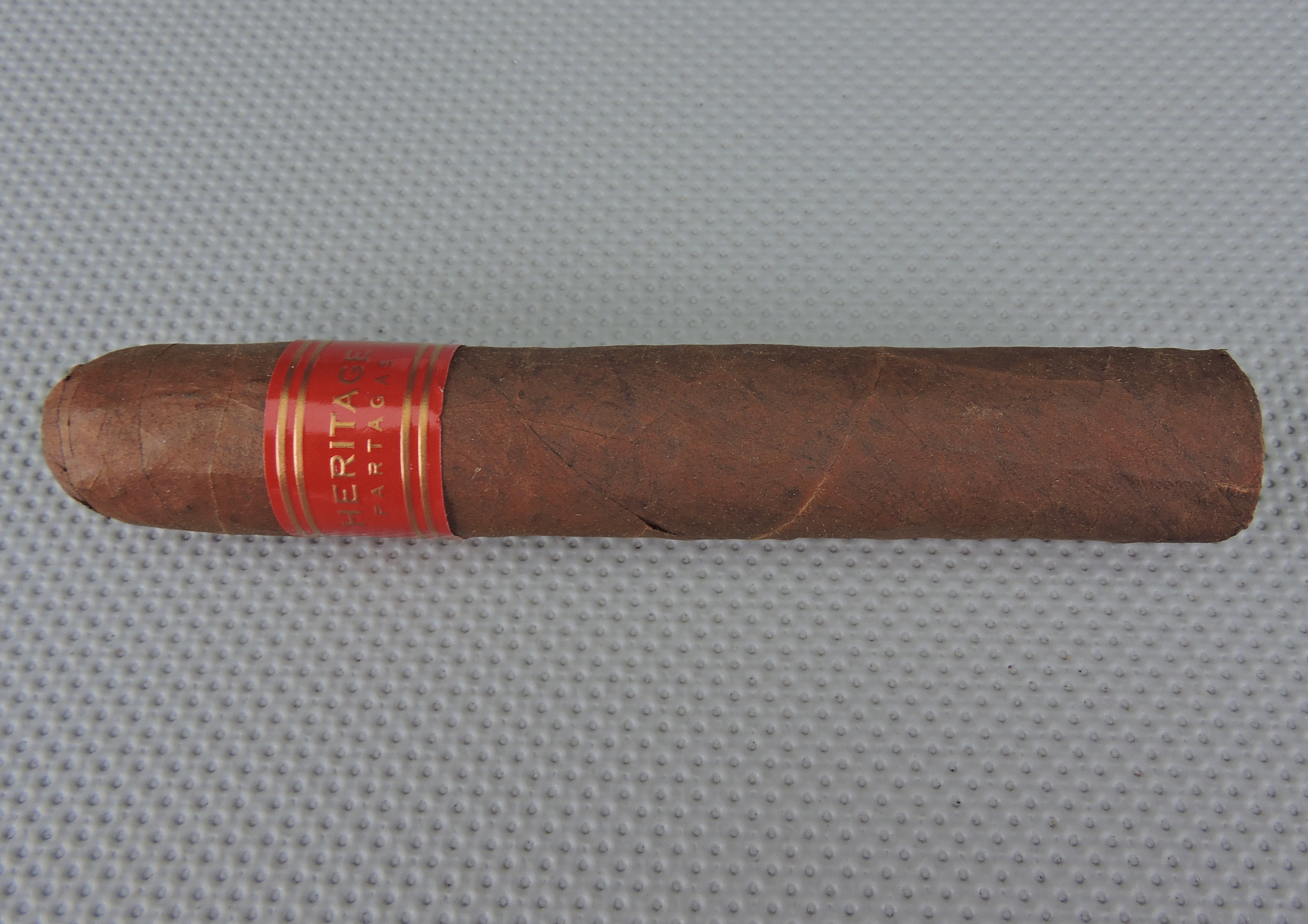 While the blend is produced in the Dominican Republic, Diaz has stated that this project was very much a team effort across the whole General Cigar team. Blenders from General Cigar’s Central American operations were all contributors to what was the final product.

Without further ado, let’s break down the Partagas Heritage Rothschild and see what this cigar bring to the table.

The blend of the Partagas Heritage consists has tobaccos from four countries. This is highlighted by the Honduran Olancho San Agustin wrapper – a proprietary wrapper to General Cigar. This wrapper is grown in the San Agustin region of Honduras. This type of wrapper has been used on the CAO OSA and the recently released Toraño Exodus.

The Partagas Heritage is available in four sizes. Each size is packaged in 20 count boxes. 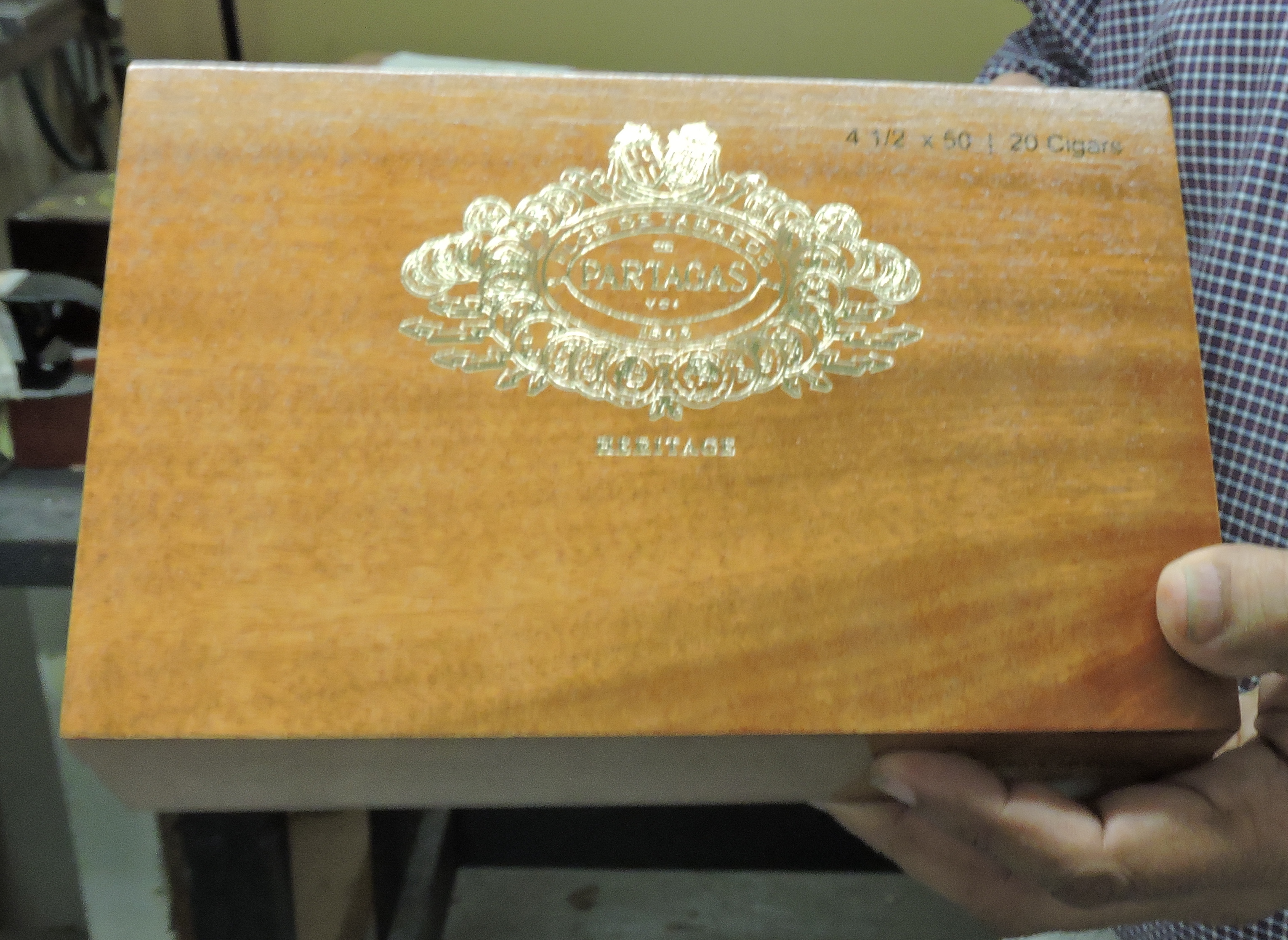 The Honduran Olancho San Agustin wrapper of the Partagas Heritage Rothschild has a dark cinnamon color – something that I have also seen on the CAO OSA and Toraño Exodus releases. Upon closer examination there was some dark marbling that can be seen on surface. There wasn’t much in the way of much oil on this wrapper. The wrapper was slightly bumpy with some visible veins and visible wrapper seams.

The band of the Partagas Heritage is quite reminiscent of the band found on the Partagas Serie D out of Cuba,. This is a red colored band with gold font. Prominently displayed on the center of the band is the text “PARTAGAS”. Just below it is the text “HERITAGE” in a smaller font. The band is finished with two gold pinstripes across the top and bottom.

Prior to lighting up the Partagas Heritage Rothschild, I went with my usual choice of a straight cut to remove the cap. After the cap was clipped, I moved on to the pre-light draw experience. The pre-light draw started out with notes of dusty earth and wood. I then detected a sweetness that was a cross between cedar and cherry with a slight burnt undertone (I’ll refer to this as a compound sweetness later on). Overall I considered this to be a satisfactory pre-light draw. At this point, I was ready to light up the Partagas Heritage Rothschild and see what the smoking experience would have in store.

The Partagas Heritage Rothschild started out with notes of wood and a black and white pepper combination. The pepper notes moved into the background. Simultaneously the compound note of cedar, cherry, and burnt notes emerged. On the retro-hale, I picked up an additional layer of mixed pepper notes.

As the Partagas Heritage Rothschild moved into the second third, a creamy texture emerged in the forefront. During this stage of the smoke, the compound sweetness slowly diminished and the pepper spices slightly increased.

By the final third, the creamy wood notes remained primary. The pepper notes were a very close secondary note while the compound sweetness was more distant. This is the way the smoking experience of the Partagas Heritage came to a close. The resulting nub was firm to the touch and cool in temperature.

Overall I found the Partagas Heritage Rothschild to have a low maintenance burn. This is a cigar that maintained a straight burn path. There was a slight amount of jaggedness on the burn line, but this was easily remedied with a few touch-ups. This was also a cigar that was never in danger of tunneling nor canoeing. The resulting ash wasn’t overly firm, but it wasn’t loose or flakey either. The burn rate and burn temperature were both ideal. 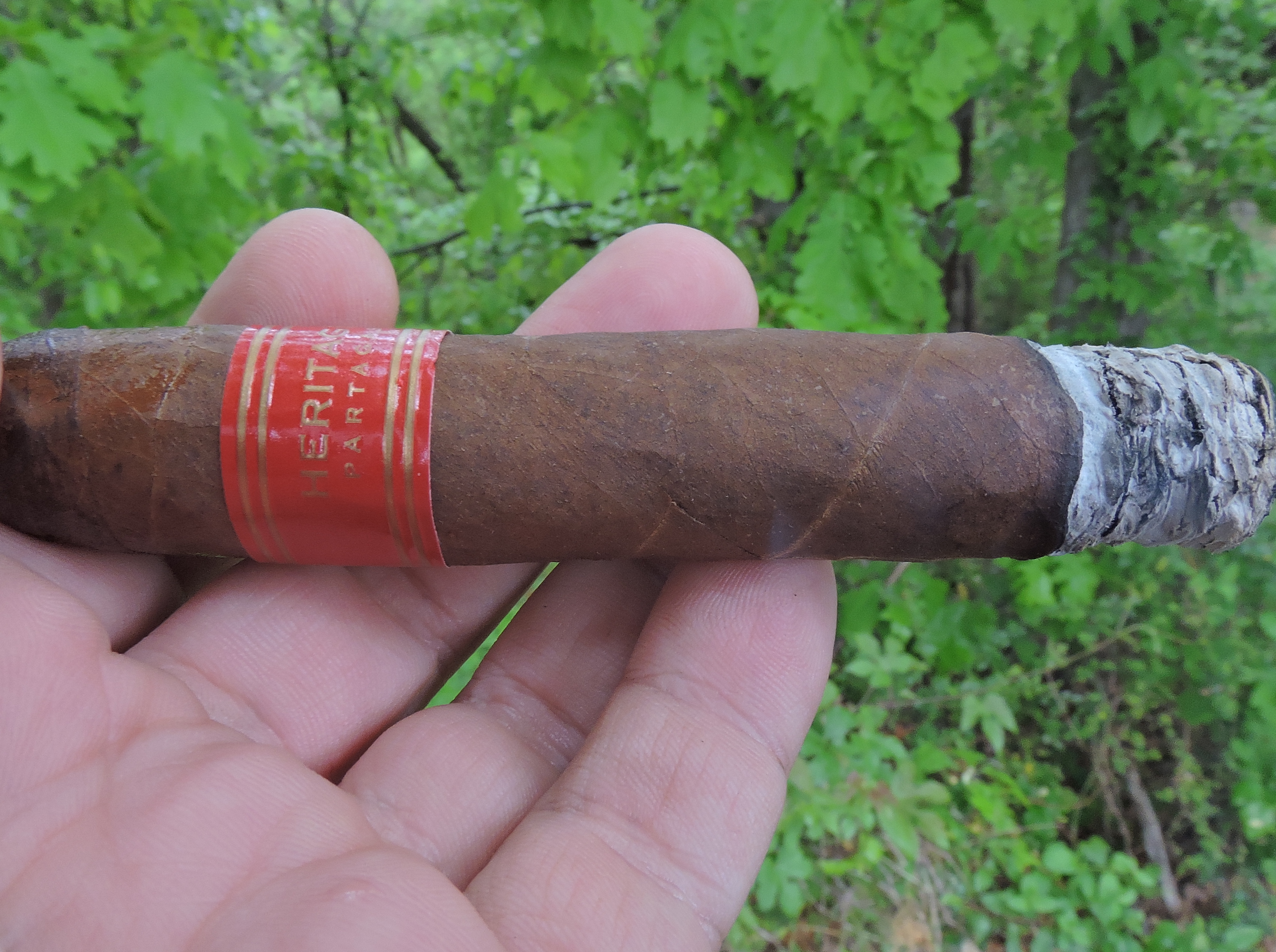 Burn of the Partagas Heritage Rothschild

Meanwhile the draw performed very well. This draw wasn’t too loose, nor was it too tight. this sals made the Partagas Heritage Rothschild a low maintenance cigar to derive flavor from.

In terms of both strength and body, the Partagas Heritage Rothschild started out on the mild to medium side. I found the intensity of both attributes increase in a gradual and linear fashion. By the midpoint of the cigar, the strength and body was pretty much in the medium range. While the attributes still had a gradual increase in intensity, the Partagas Heritage Rothschild remained in the medium range right until the end.

Overall the Partagas Heritage is a cigar that delivers good flavor and has excellent construction. While it’s certainly not a bad cigar, I do feel it fell a little short on intangibles and as a result I found this cigar lacked a little in terms of a “wow” factor. If you are looking for a short smoke that won’t overpower you and that can be smoked any time of the day, the Partagas Heritage does provide a nice option. It’s a cigar that can be enjoyed by novice and experienced cigar enthusiasts alike. As for myself, it’s a cigar I’d smoke again – and one worthy of a five pack.