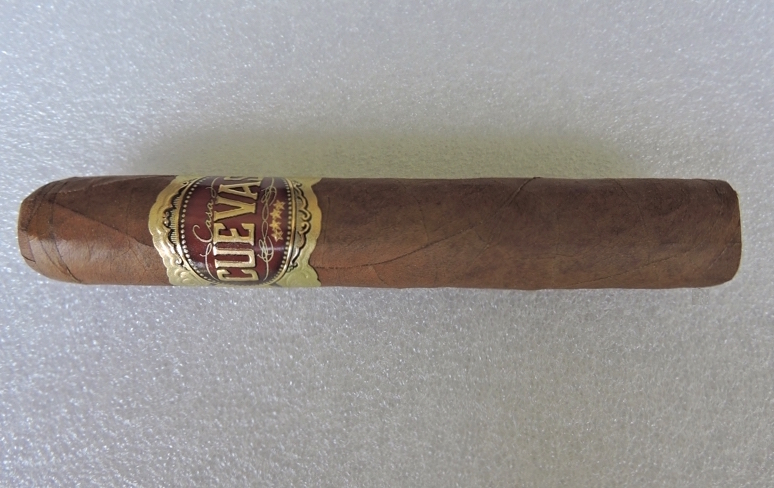 Casa Cuevas Cigars is a new brand to hit the U.S. market. The company is owned and operated by the father and son team of Luis Cuevas Sr. and Luis Cuevas Jr. The Cuevas family owns a factory in the Dominican Republic known as Tabacalera Las Lavas. This is a factory that has produced brands for companies such as Gurkha, Toraño Family Cigars, and Leccia Tobacco. With Casa Cuevas, the Cuevas family now introduces its own brand to the market. Casa Cuevas has three blends – a Connecticut, a Maduro, and a Habano. Today we take a closer look at the Casa Cuevas Habano in the Robusto size. Overall, I found this to be an excellent all-round cigar that excelled in the flavor department.

Luis and Luis Jr. are of third and fourth generation Cuban descent. The Cuevas family traces its roots in the cigar industry back to the 19th century. This is when Juan Cuevas settled in the Pinar del Río valley and started cultivating tobacco. Juan’s son Juan Jr. would take over the business from his father, but with the Cuban Revolution Juan Jr left Cuba for the Dominican Republic. This is where the family has been based ever since.

To bring their new brand to market, the Cuevas family hired Gabriel Alvarez to be the Director of Sales for Casa Cuevas. Alvarez has a track record of helping establish new brands in the U.S. market – including Kuuts and Maya Selva Cigars.

Without further ado, let’s break down the Casa Cuevas Habano Robusto and see what this cigar brings to the table.

There are three sizes to the Casa Cuevas Habano. Each is packaged in 20 count boxes.

The Ecuadorian Habano wrapper of the Casa Cuevas Habano Robusto has a medium brown, almost dark caramel look to it. This was a wrapper that was somewhat on the thicker side.The wrapper itself had a nice coat of oil on it. While there were some visible veins and wrapper seams, I found the wrapper to be on the smooth side.

The band of the Casa Cuevas Habano has a dark red and gold color scheme to it. On the front of the band is a large dark red oval with text “CUEVAS” prominently displayed in a large gold font. Just above that text is the text “Casa” in a thin cursive gold font. The remainder of the band features some gold medallions also on a dark red background. The band is finished with a thick gold foil-like trim.

I went with my usual choice of a straight cut to remove the cap of the Casa Cuevas Habano Robusto. Once the cap was clipped, I moved on to the pre-light draw. The dry draw delivered a mix of natural tobacco and wood along with a slight floral note. Overall I considered the pre-light draw of the Casa Cuevas Habano Robusto to be excellent. At this point, I was ready to light up the cigar and see what the smoking phase would have in store.

During the second third, some bread notes also surfaced in the forefront. The bread, fruit, and natural tobacco notes developed a very nice fusion. In the background, there was an increase with the wood and black pepper notes – especially just past the midway point. Meanwhile, I found the cinnamon notes diminished.

The last third saw an increase in the wood notes joining the fruit and bread notes. The natural tobacco component subsided into the background joining the black pepper. This is the way the Casa Cuevas Habano Robusto came to a close. The resulting nub was cool in temperature and slightly soft to the touch.

The burn line to the Casa Cuevas Habano Robusto was somewhat jagged – especially during the second third of each of the samples. This required several touch-ups along the way, but these were more cosmetic as opposed to being indicative of a burn issue.  Meanwhile, the resulting ash contained a mix of light and dark gray colors. The ash was firmer early on, but it did get a little looser in the second half.  Both the burn rate and burn temperature were ideal. 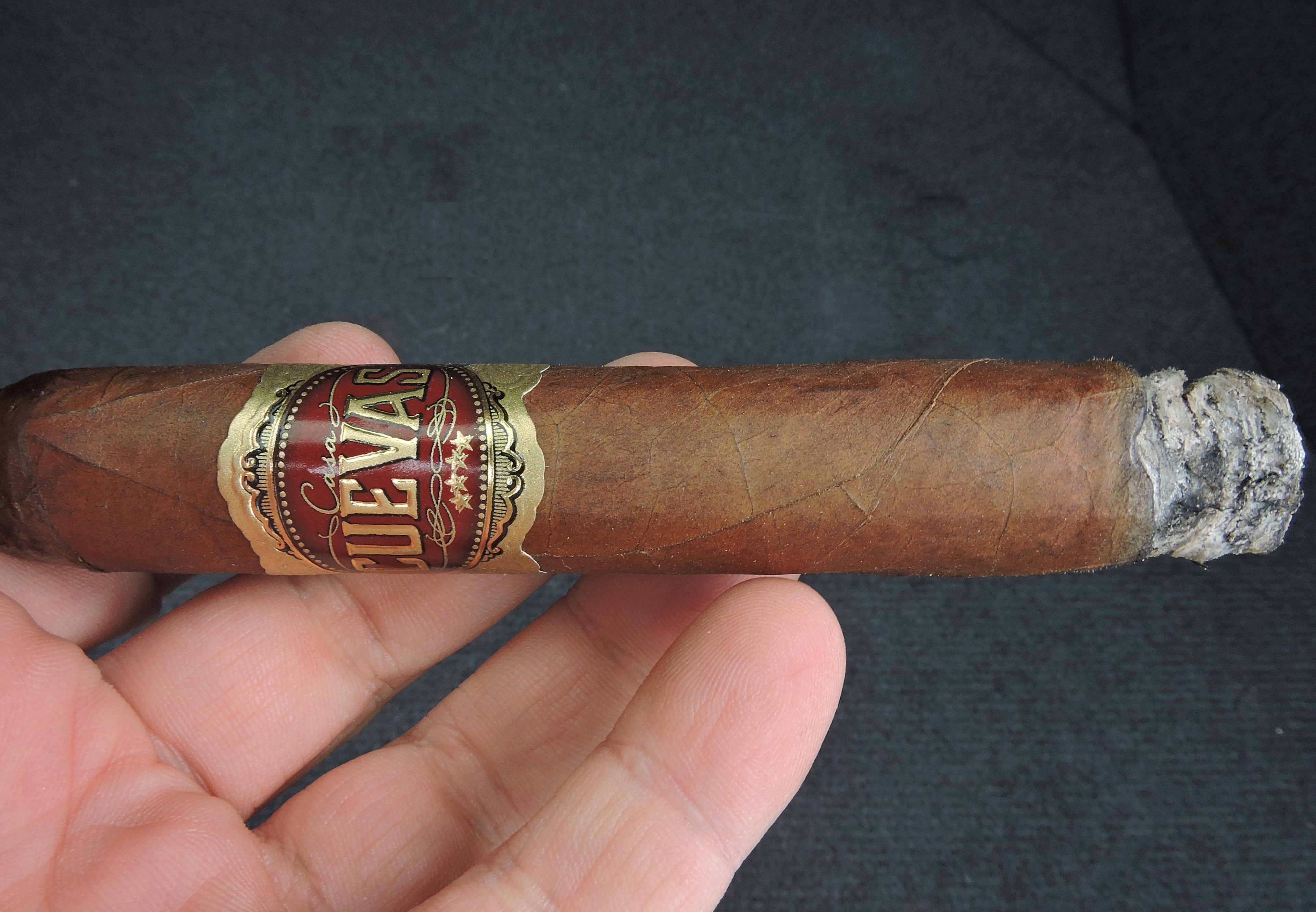 The draw to the Casa Cuevas Habano Robusto was excellent. It had a touch of resistance to it – which is something I like. This made for an ideal puffing experience in my book. Despite the slight resistance, this is a cigar that produces an ample amount of smoke – another positive in my book.

Strength-wise, I found the Casa Cuevas Habano Robusto started out medium. During the smoking experience, there was a gradual increase in strength. By the second third, I found the strength to be medium to full. The strength continued to increase, but in the end it still remained in the medium to full area of the spectrum.

Body-wise, there was a similar pattern in terms of how this attribute increased in intensity. This cigar started out medium to full-bodied. The body did increase gradually and I found the Casa Cuevas Habano Robusto was in the full area of the spectrum by the midway point. There still was a slight increase in body during the latter part of this smoke.

While not newcomers to making cigars, it is very clear that the Cuevas family put their best foot forward when it came to releasing a brand with its name on it. The Casa Cuevas Habano excelled when it came to flavor. I found the way the flavors meshed to be somewhat unique. This was also a cigar where I found there was great balance among the flavors – this was a cigar that never got too sweet, nor too spicy. Add in just the right amount of complexity and all of this establishes the Casa Cuevas Habano  a winner. This is a cigar I’d recommend to an experienced cigar enthusiast, but it’s also a nice cigar for a novice to wanting to move on to something a little fuller. As for myself, this is a cigar I would easily reach for again – and it earns a box worthy rating.