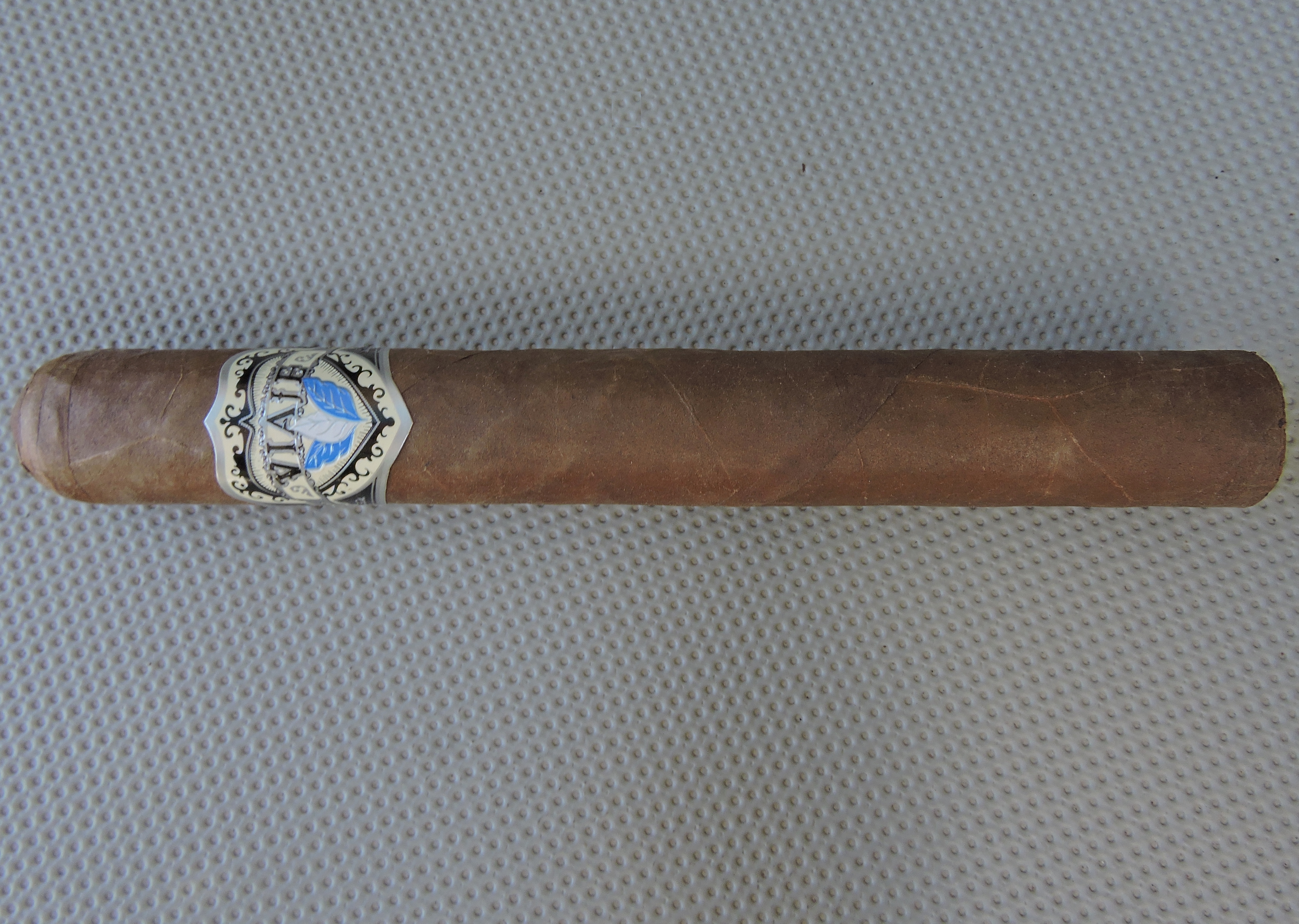 Without further ado, let’s break down the Viaje Exclusivo Nicaragua Toro and see what this cigar brings to the table.

The Viaje Exclusivo Nicaragua is available in three sizes – each packaged in 25 count cabinet boxes. These three sizes reflect the three regular production sizes for the U.S. of the Honduran-made Exclusivo line 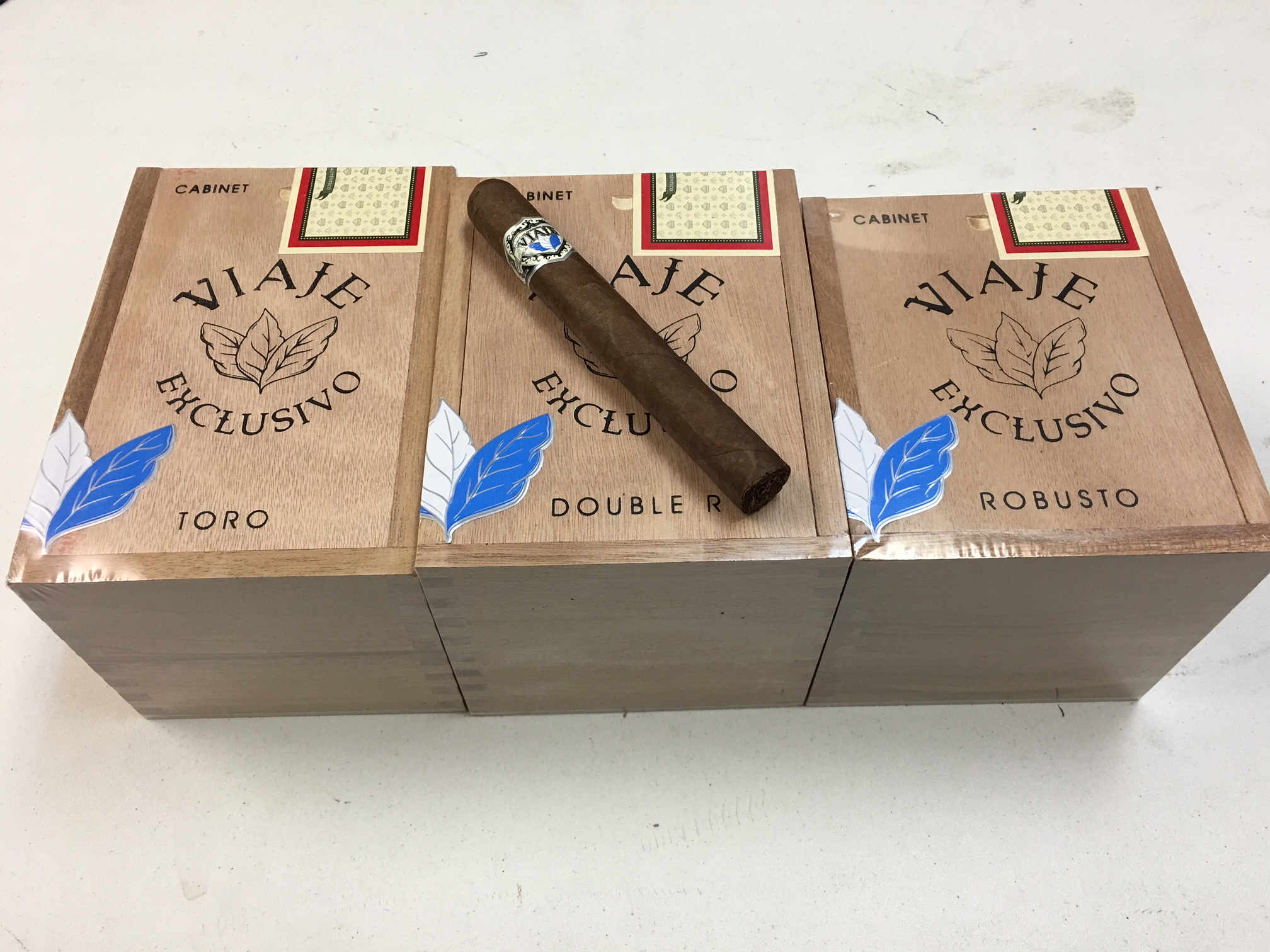 The wrapper of the Viaje Exclusivo Nicaragua Toro had a mix between a medium brown and a colorado red color to it. The surface of the wrapper had a light coat of oil to it. There were some thin visible veins and thin visible wrapper seams, but overall I considered this to be a smooth wrapper.

The band of the Viaje Exclusivo Nicaragua is a variation of the one found on the rest of the Viaje Exclusivo line. This is a band that features the classic Viaje leaf logo with a black, silver, and ivory color scheme. The difference is the Viaje lead logo has two blue leaves and white leaf representing the colors of the Nicaraguan flag. The actual Viaje logo and name are in black text sitting on an ivory background. The remainder of the band is adorned with silver. To the far left and right are the text (both in black font) “Nicaragua” and “Hand Made” respectively.

Prior to lighting up the Viaje Exclusivo Nicaragua Toro, I went with a straight cut to remove the cap. Once the cap was detached, I commenced with the pre-light draw experience. The pre-light draw delivered a mix of cedar, generic wood, natural tobacco, and a slight bit of cocoa. Overall I considered this to be a very good pre-light experience. At this point, I was ready to light up the Viaje Exclusivo Nicaragua Toro and see what the smoking experience would have in store.

Out of the gate, the Viaje Exclusivo Nicaragua Toro treated me to a combination of cedar, nut, natural, red pepper, and citrus. It didn’t take long for the natural tobacco, red pepper, and citrus to fuse into what I call a “twang”. This “twang” along with the nut and cedar notes became the primary flavors. In the background, I also picked up some cocoa powder notes. Meanwhile, on the retro-hale, I also picked up some additional red pepper notes.

Later in the first third, earth notes surfaced joining the nut, cedar and twang flavor. The cocoa notes started to increase and by the start of the second third these notes began to surface in the forefront.

During the second third of the Viaje Exclusivo Nicaragua Toro, the earth and cocoa notes seemed to be the primary flavors. The cedar, “twang”, and nut flavors moved into the background. In particular, the “twang” began to come apart and I started picking up more in the way of red pepper.

The last third saw the earth notes resume control as the primary note. At times the red pepper and cedar notes made their way into the forefront. Meanwhile, the cocoa receded into the background while the nut flavors pretty much dissipated. This is the way the cigar experience of the Viaje Nicaragua Exclusivo Toro came to a close. The resulting nub was firm to the touch and cool in temperature.

Overall I found the Viaje Exclusivo Nicaragua Toro to be a well-constructed cigar and this was reflected on the burn draw. For the most part, I found this cigar to maintain a straight burn line and straight burn path. The ash produced from this cigar wasn’t the firmest ash, but it was not a loose or flakey ash either. The burn rate and burn temperature were both ideal. 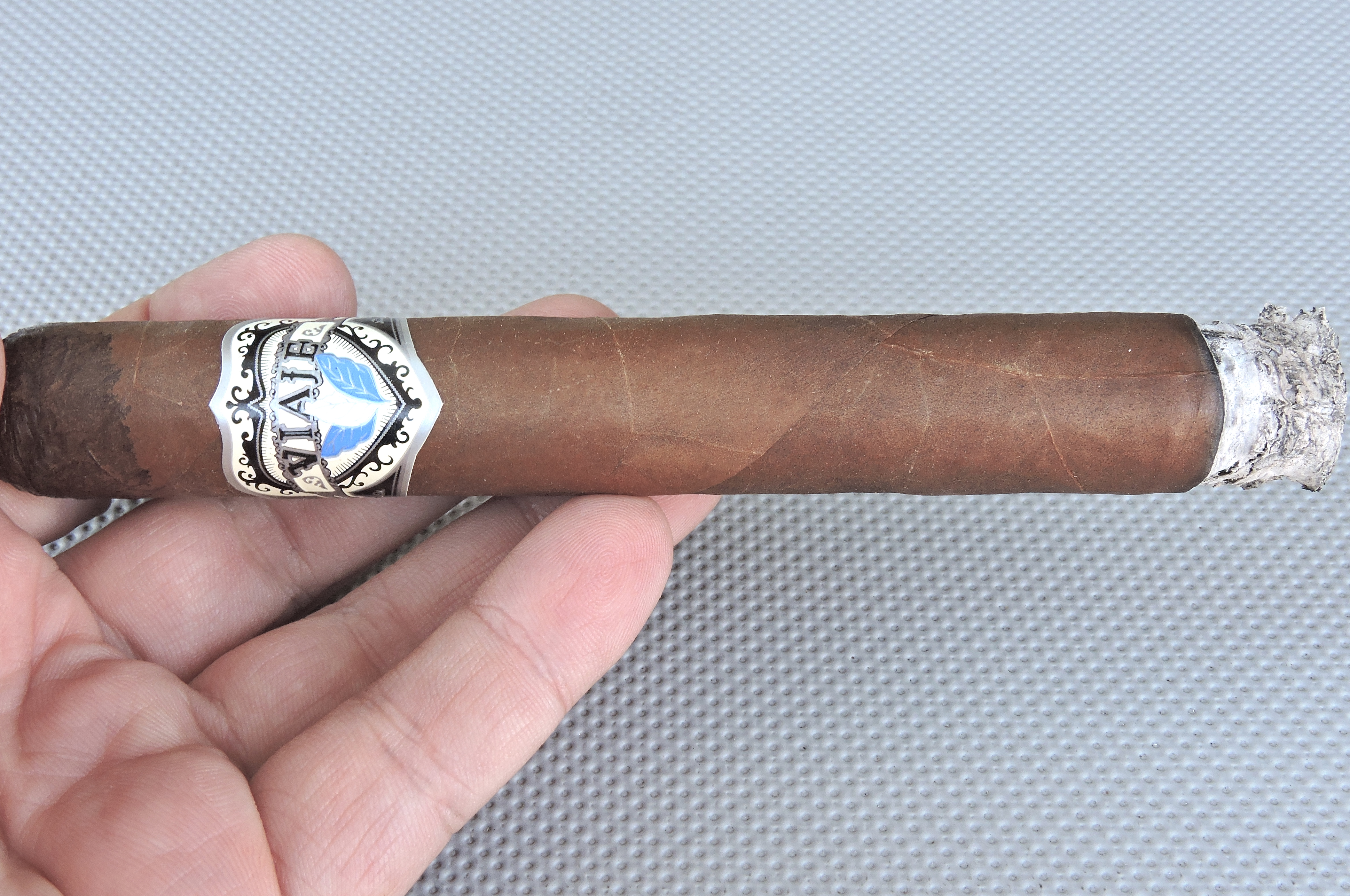 I also found the Exclusivo Nicaragua Toro to have an excellent draw. This had a touch of resistance on it – which is something that I like.

As for the body, the Viaje Exclusivo Nicaragua Toro started out in the full range. There was a slight increase in body, thus it remained in the full range right until the end. In terms of strength versus body, I found the body to have the edge.

Typically I am not a big fan of the twangy notes, but when it came to the Viaje Exclusivo Nicaragua Toro, there was enough going on in the flavor department that balanced things out. Once the twang diminished and dissipated, I found the flavors really opened up – particularly in the second third. I also liked the that this cigar had some additional strength and body compared to its Honduran-made Exclusivo sibling. This is not only a cigar that has responded nicely to aging thus far, but I think it’s one that will continue to get better with age.

Given this is a bolder cigar, it’s probably one that I would steer to a more seasoned cigar enthusiast. As for myself, this is a cigar I would smoke again – and it’s one worthy of a box purchase.