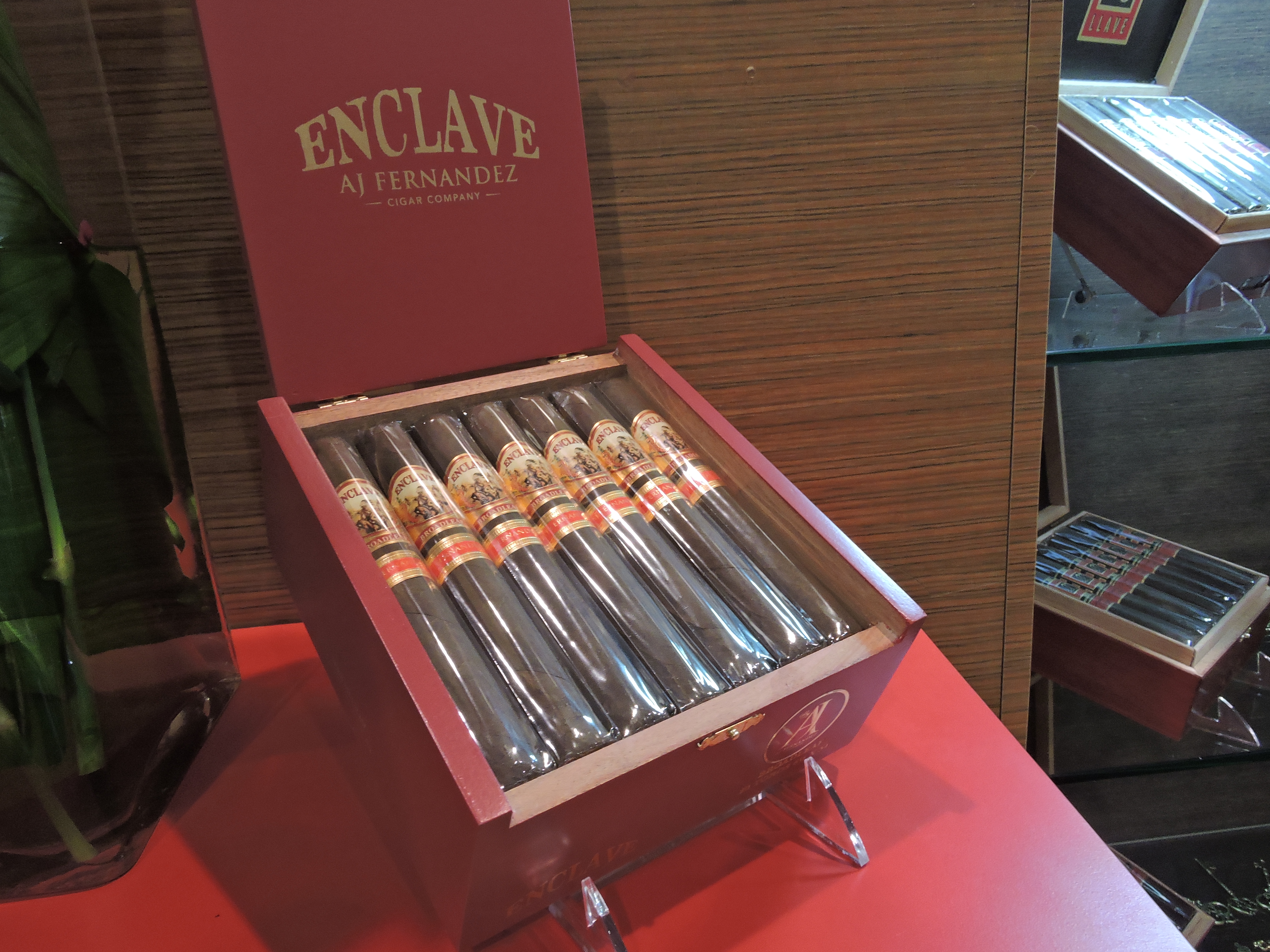 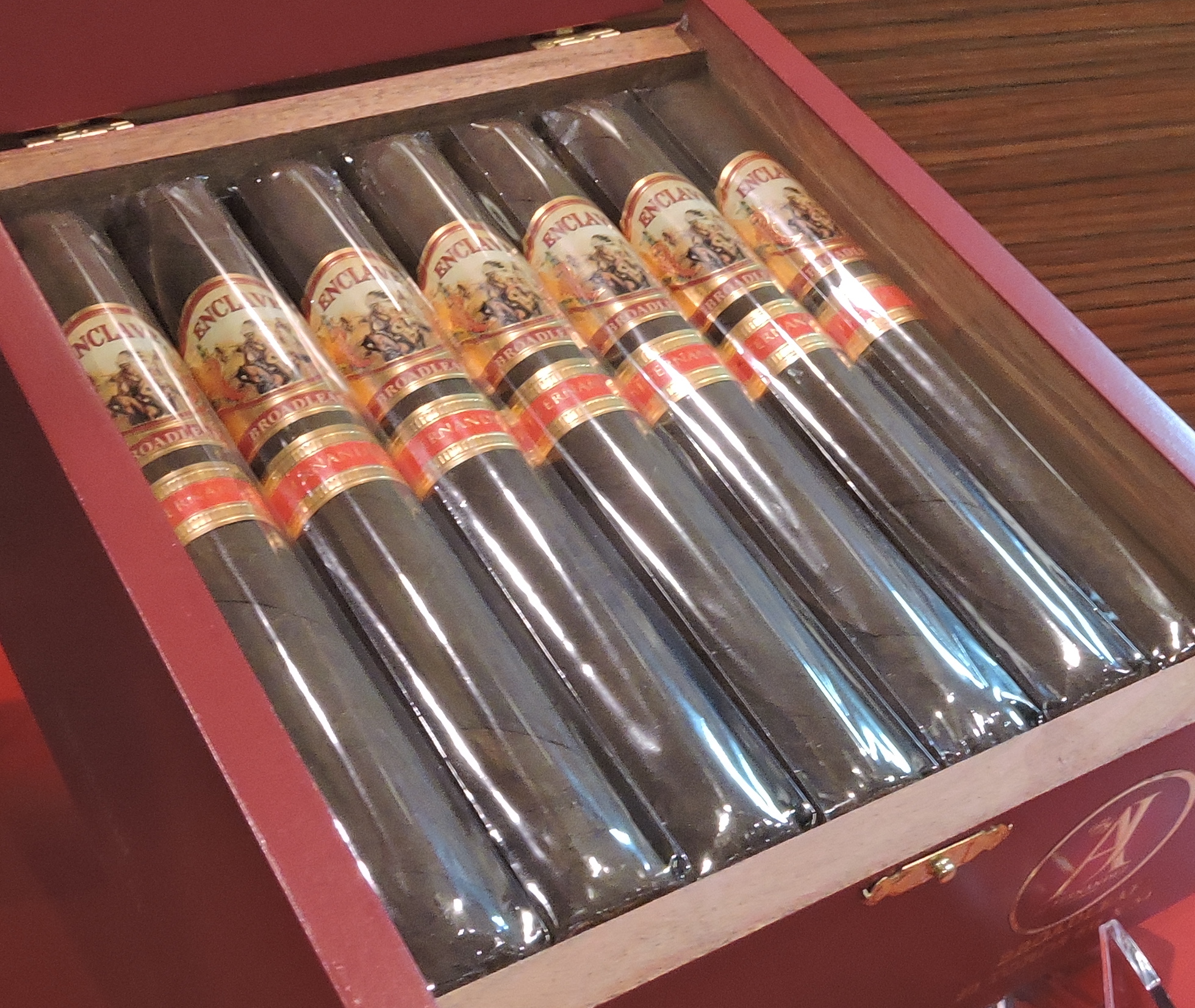 In addition to the Connecticut Broadleaf wrapper, the Enclave Broadleaf features all Nicaraguan tobaccos from Estelí, Jalapa, and Pueblo Nuevo. The cigars are being shipped in three sizes: Robusto, Toro, and Churchill. Each size is packaged in 2o- count boxes.

The original Enclave (Habano) blend was introduced in 2015. It was positioned as a value-priced offering between $6.00 and $7.00. The Broadleaf will carry a slightly higher price point between $8.50 and $9.50.

At a glance here is a look at the AJ Fernandez Enclave:

Leave a Reply to Dom Cancel