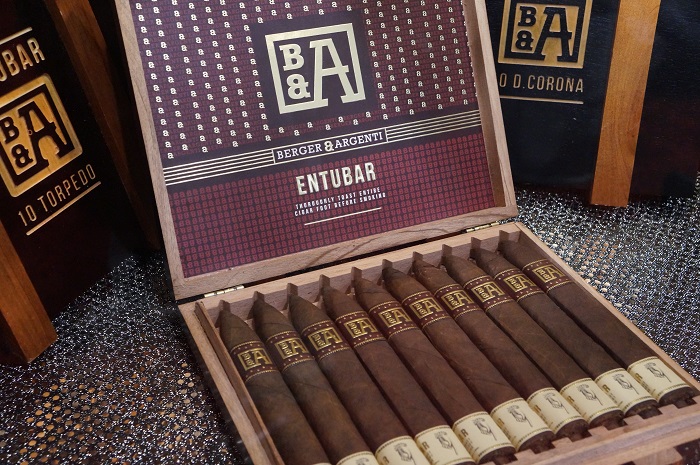 It’s been nearly five years since we heard from Berger & Argenti, but this year the company was back at the 2017 IPCPR Trade Show, showcasing a new iteration of its most famous cigar, the Berger & Argenti Entubar.

Berger & Argenti was originally formed by Don “Kiki” Berger, Michael and Albert Argenti.  The brand pretty much has been dormant since 2013. In fact, Michael Argenti was involved for a short run at La Gran Llave before selling to his partner, who eventually sold that brand to AJ Fernandez Cigars.

The Berger & Argenti Entubar was one of the most unique cigars ever released. The cigar got its name from using the Entubado method of rolling. This Cuban method involves rolling the filler tobaccos into tubes. It’s a method still employed by many factories today. However, Entubar was unique in that the innermost tobaccos were rolled independently. This innermost channel was actually longer than the length of the cigar and protruded past the footer – creating a fuse.

Back when Berger & Argenti was an active brand, there were several iterations of the Entubar. For 2017, the Entubar returns featuring a San Andres Maduro wrapper over a Nicaraguan binder and a combination of Nicaraguan and Dominican fillers. It is available in five sizes – all box-pressed. 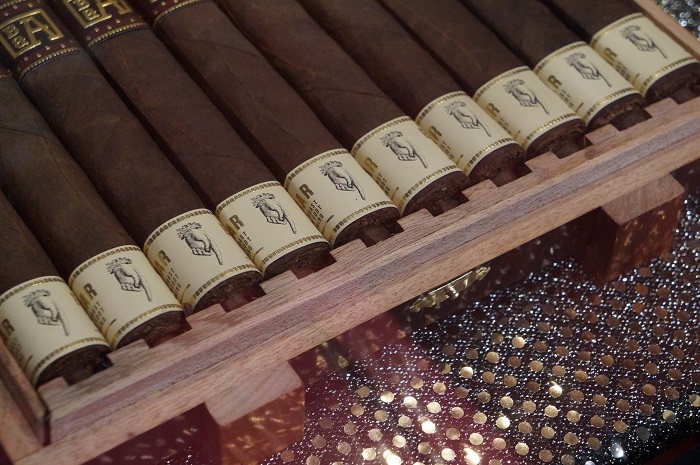 Like the original Berger & Argenti Entubar cigars, it is recommended that the enthusiast toast the entire foot and not just the protruding foot. In addition to relaunching the Entubar, Berger & Argenti also unveiled a line known as Cuban Copy.

At a glance, here is a look at the new iteration of the Berger & Argenti Entubar: