Agile Cigar Reviews are cigar assessments where we use a lightweight, shorter format. These will never take the place of our comprehensive reviews. They are only used on blends we have previously assessed. This might be a blend we are re-scoring or providing a score for the first time or it might be a blend we are looking at in a different size. Today we look at the Black Works Studio in the Robusto size. This is a cigar we assessed back in October 2016. 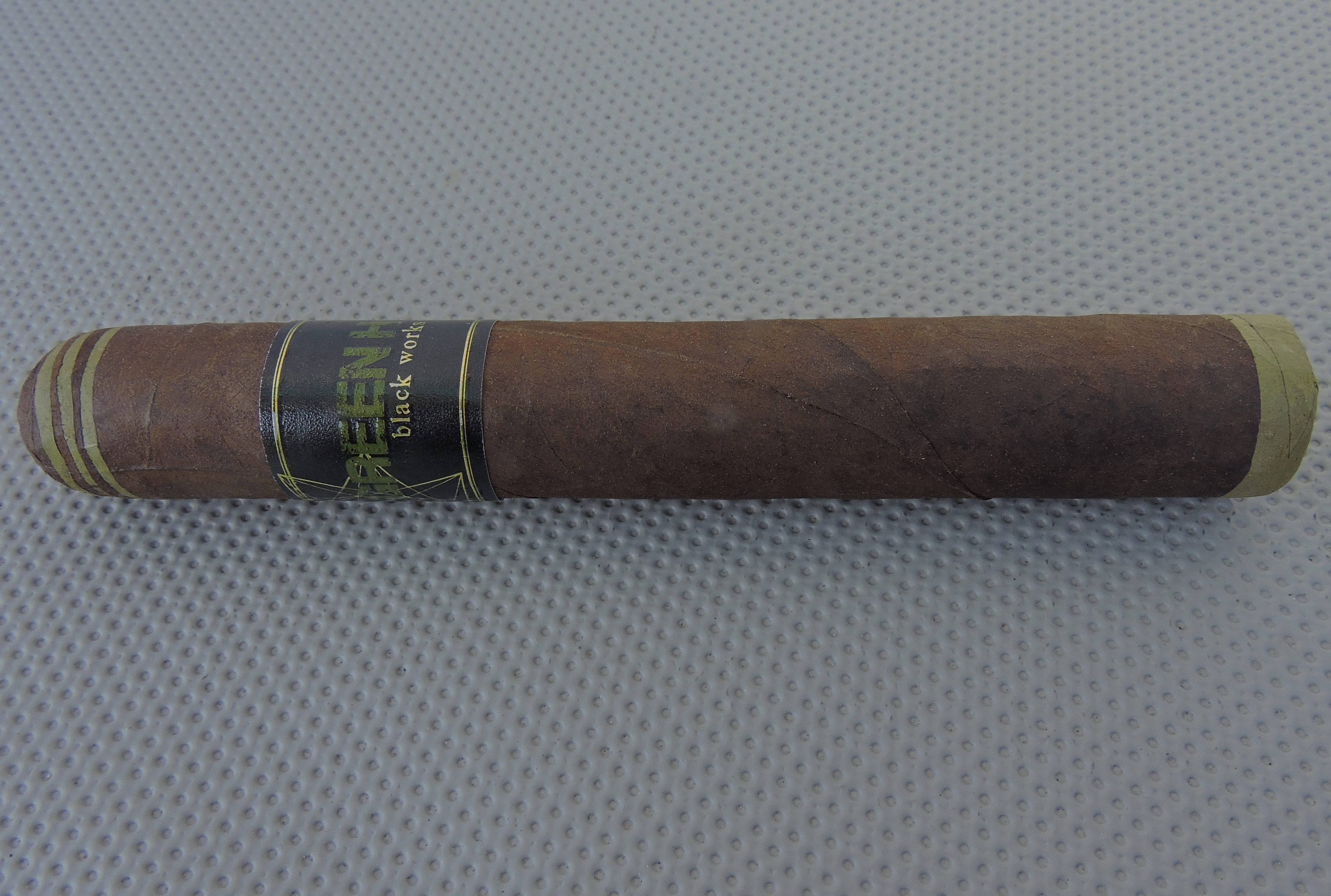 In addition to the candela accents, the Green Hornet blend incorporates an Ecuadorian Habano Maduro wrapper, a Nicaraguan Habano binder, and an all-Nicaraguan filler. The Robusto is pretty close to a Rothschild size measuring 5 x 48.

The one thing that is quite unique about the Green Hornet is the “candela blast” this cigar delivers at the beginning. This consists of classic candela notes of grass, herb, and white pepper. Once the cigar crosses into the maduro portion, it transitions to notes of coffee, cream, and background notes of chocolate and white pepper. By the second third, a lemon note entered the equation and the creaminess  greatly diminishes.

The one thing I noticed is that the strength and body was dialed back slightly. I didn’t find this to negatively affect the flavor profile.

The Green Hornet Robusto made our 2016 Cigar of the Year Countdown and with good reason – it’s an excellent cigar. While there might be some different packaging on this cigar now, it’s the same high quality cigar out of Fabrica Oveja Negra. It’s a cigar that I’d recommend to a novice or experienced cigar enthusiast. This cigar has been and still remains box worthy in my book.