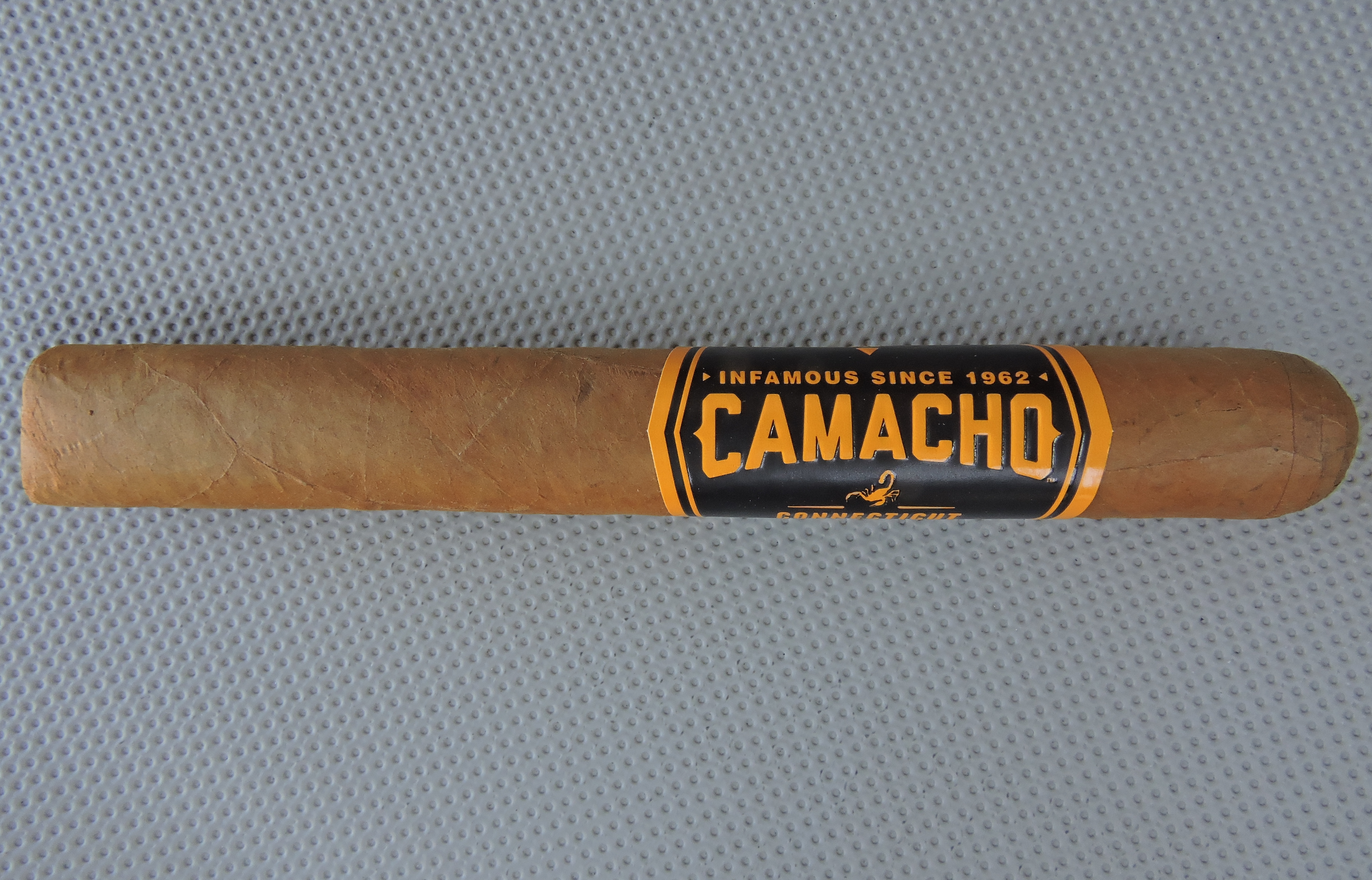 The Camacho Connecticut BXP Toro is one of three blends under Camacho’s BXP line. BXP is a box-pressed line of three blends under the Camacho umbrella. While box-pressed cigars are common in the marketplace, David has only started offering them over the past couple of years. 2015 saw the AVO brand release its first regular production box-pressed with the AVO Syncro Nicaragua, while last year saw the Davidoff brand introduce box-pressed cigars with the Davidoff Nicaragua Box Pressed. Earlier this year it was Camacho’s turn as the Camacho BXP line was introduced. Today, we explore one of the three blends, the Camacho Connecticut BXP in the Toro size.

There are three blends in the Camacho BXP line: 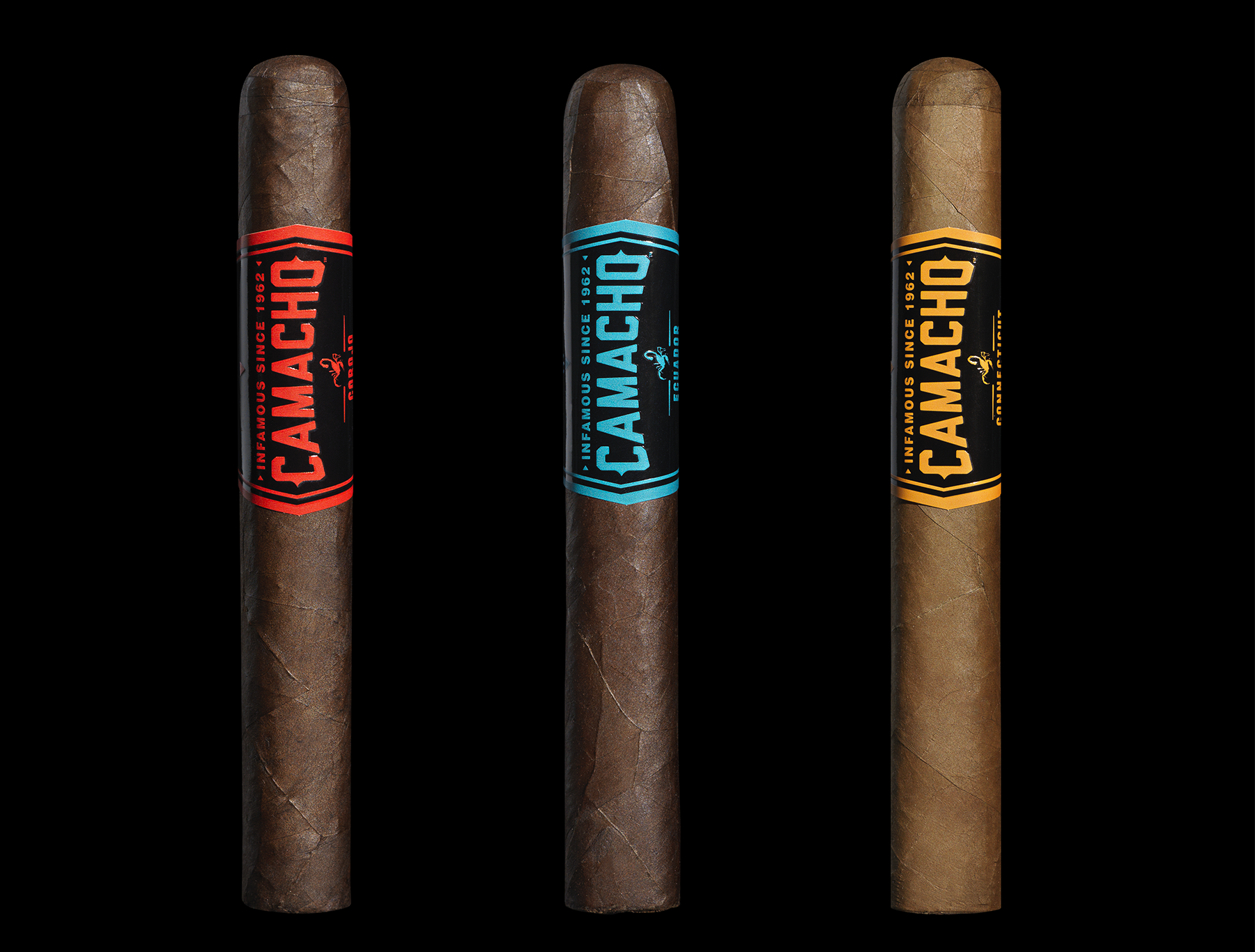 Without further ado, let’s break down the Camacho Connecticut BXP Toro and see what this cigar brings to the table.

The Camacho Ecuador BXP is highlighted by its Ecuadorian Connecticut wrapper. This cigar, along with all of the new BXP offerings, is made at Diadema Cigars de Honduras, S.A. –  Davidoff’s new factory in Honduras. 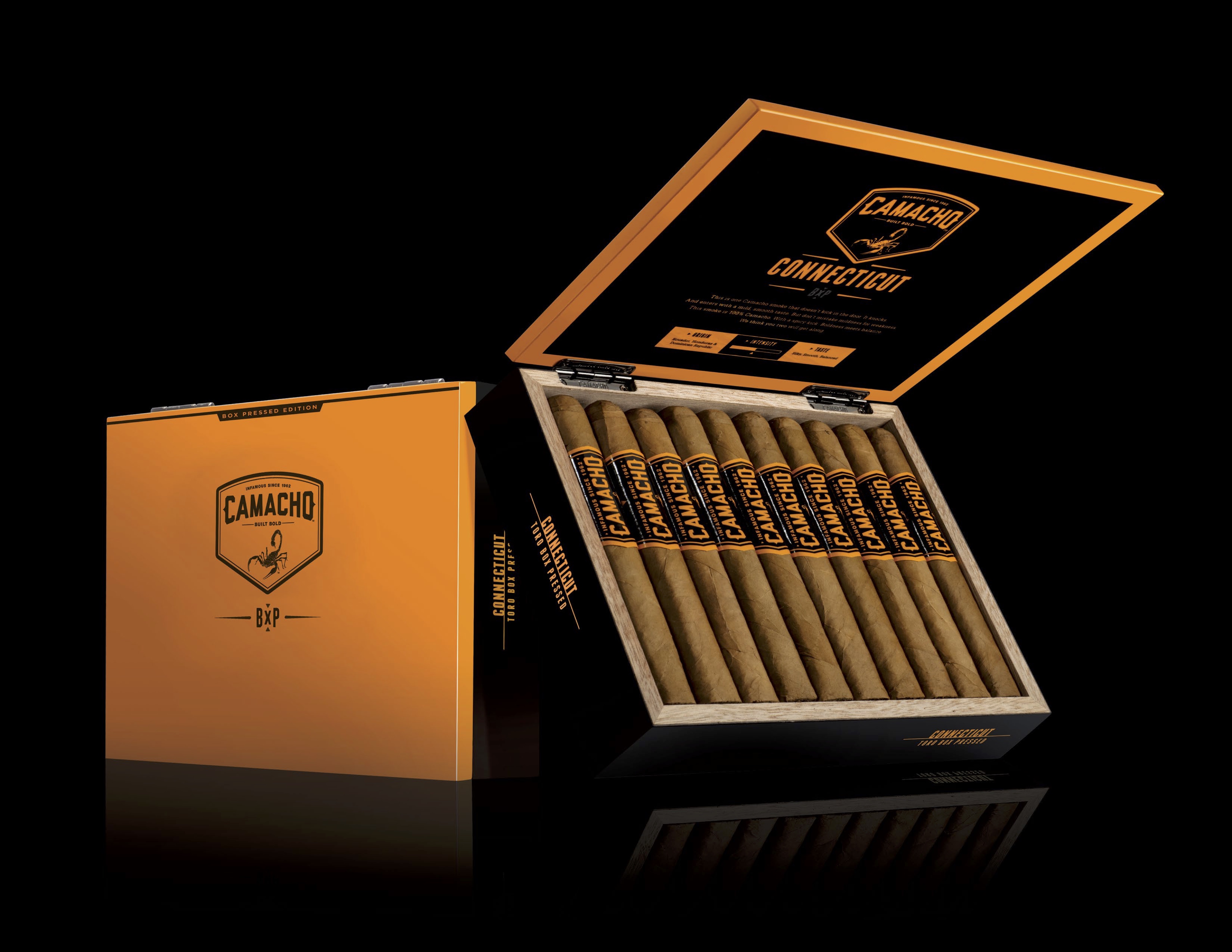 The Camacho Connecticut BXP is offered in three box-pressed sizes. These three sizes are consistent across the three BXP blends. The cigars are packaged in 20-count boxes 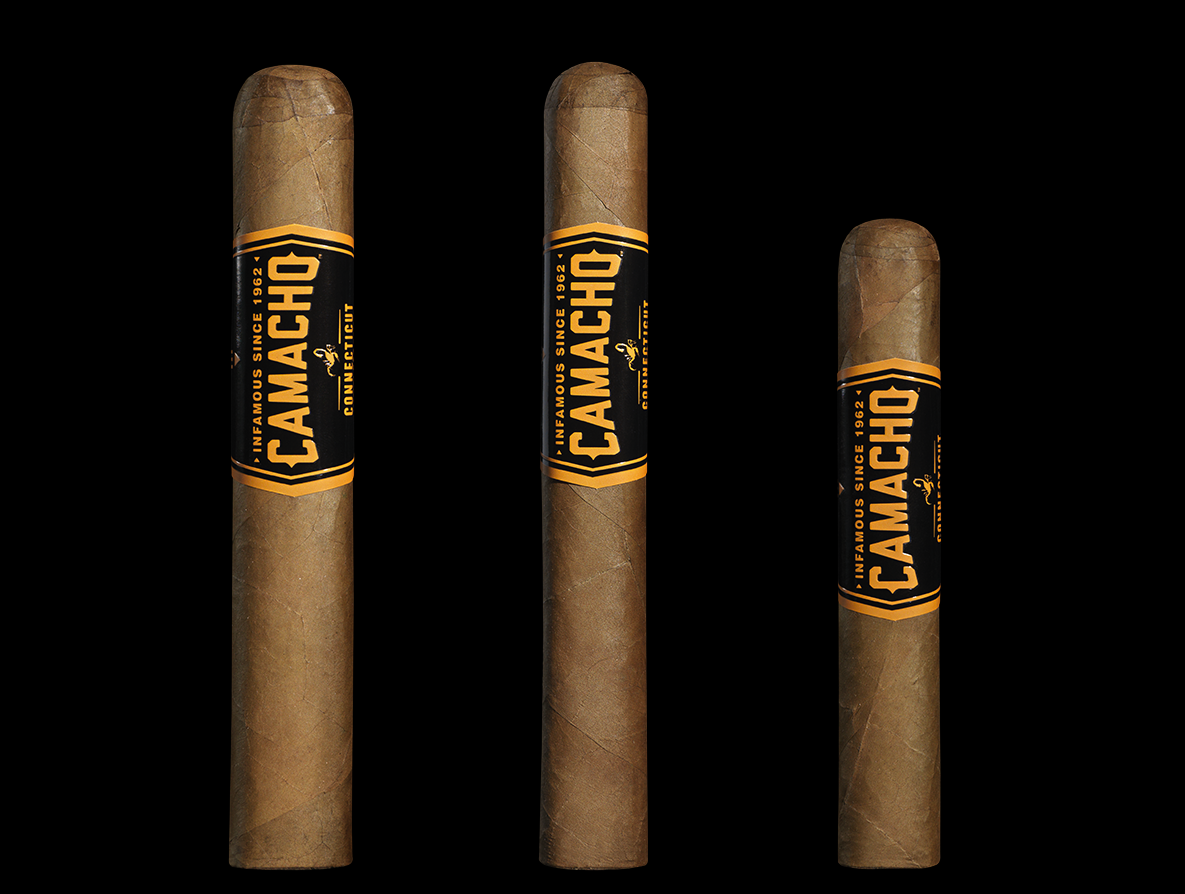 The Connecticut Shade wrapper of the Camacho Connecticut BXP Toro has light brown color to it. There was a silky complexion to this wrapper. The surface of this wrapper was relatively smooth as it had only some thin visible veins and thin visible wrapper seams. The box-press was not overly sharp, resembling more of a Cuban-style press.

The band is in the style of the Camacho branding introduced back in 2013. One thing that was noticeable is that this band was “less busy” than many of the other Camacho bands. The band has a black field surrounded by orange trim. On the band is the text “INFAMOUS SINCE 1962” in orange font. Below that is the text “CAMACHO” in large orange font. A small orange Camacho scorpion sits below the “CAMACHO” text. The text “CONNECTICUT” and “BXP” follows in smaller font. There are some additional orange adornments on the black field.

As I normally do, I went with my usual choice of a straight cut to remove the cap of the Camacho Connecticut BXP Toro. After clipping the cap, I proceeded with the pre-light draw. The cold draw produced a mix of citrus, cream, and wood. Overall I found this to be a satisfactory pre-light draw. At this point, I was ready to light up the Camacho Connecticut BXP Toro and see what the smoking phase would have in store.

The Camacho BXP Connecticut Toro started out with a combination of mineral and cream notes. In the background, I detected a mix of citrus and wood notes. This citrus was present throughout the smoking experience and had both acidic and sweet qualities. During the first third, there were a few points where the citrus made its way into the forefront. Meanwhile, the citrus was also present on the retro-hale mixed in with some cedar.

During the second third, a toasted note surfaced, joining the mineral note in the forefront. During this time the cream started to diminish. By the start of the second half, the cream was present with the wood and citrus in the background.

The final third of the Camacho Connecticut BXP Toro saw a very interesting primary flavor emerge. I can best describe it as a fusion between the mineral and toast notes. Meanwhile, the citrus, wood, and cream notes remained in the background. This is the way the Camacho Connecticut BXP came to a close. The resulting nub was slightly soft to the touch and cool in temperature.

The Camacho Connecticut BXP Toro delivered an excellent burn.  This is a cigar that has a relatively straight burn path and straight burn line. The resulting ash was tight and firm with a silver-gray color to it. As for the burn rate and burn temperature, both were ideal. 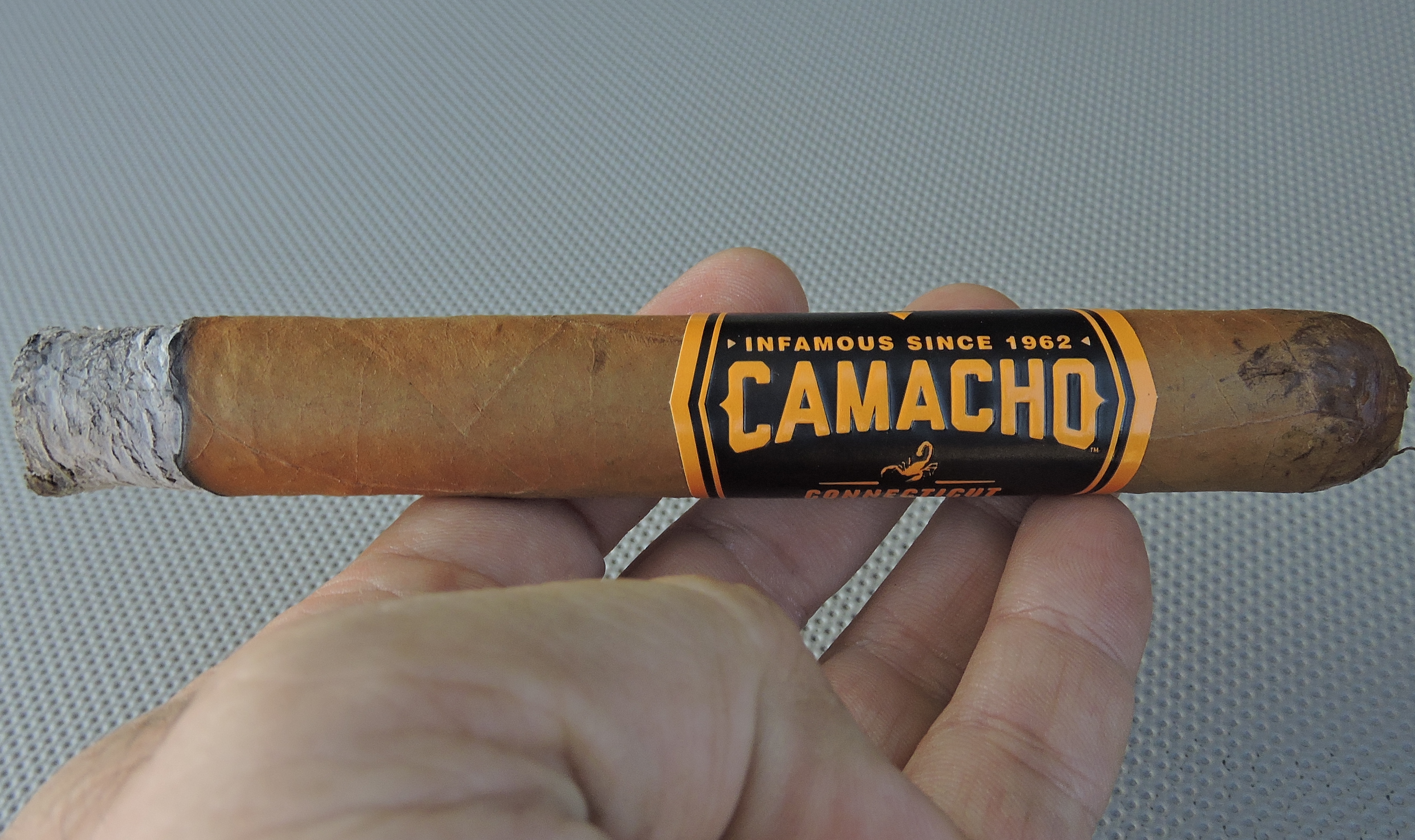 With the Camacho Connecticut BXP Toro, I found the intensity to start out as one of a traditional Connecticut Shade cigar. By the end, this cigar approached “the bold standard” that Camacho has become known for. This cigar started out with mild to medium strength and medium body. The intensity of both attributes increased. Midway through the first third, the strength moved to medium. While the strength still increased, it remained in the medium range for the duration of the smoke. The body also increased and by the last third, the flavors built up enough depth to be considered medium to full.

Throughout the smoking experience, when it came to strength versus body, I gave the edge to the body.

When it comes to innovation, I have been impressed with what Davidoff has done as a whole – and the things Camacho has done. In particular, I liked the fact they made the BXP blends different from the original one. With the Camacho Connecticut BXP Toro, it does deliver some unique flavors. However, that doesn’t always translate to a high score – and that was the case with this cigar.  I think it was somewhat a miss in this category.

I do think it’s a cigar worth trying. While it’s a little bolder than your traditional Connecticut, it’s still a cigar a novice can give for a spin. It’s also a cigar I plan to revisit in the future and see how longer-term aging impacts it.