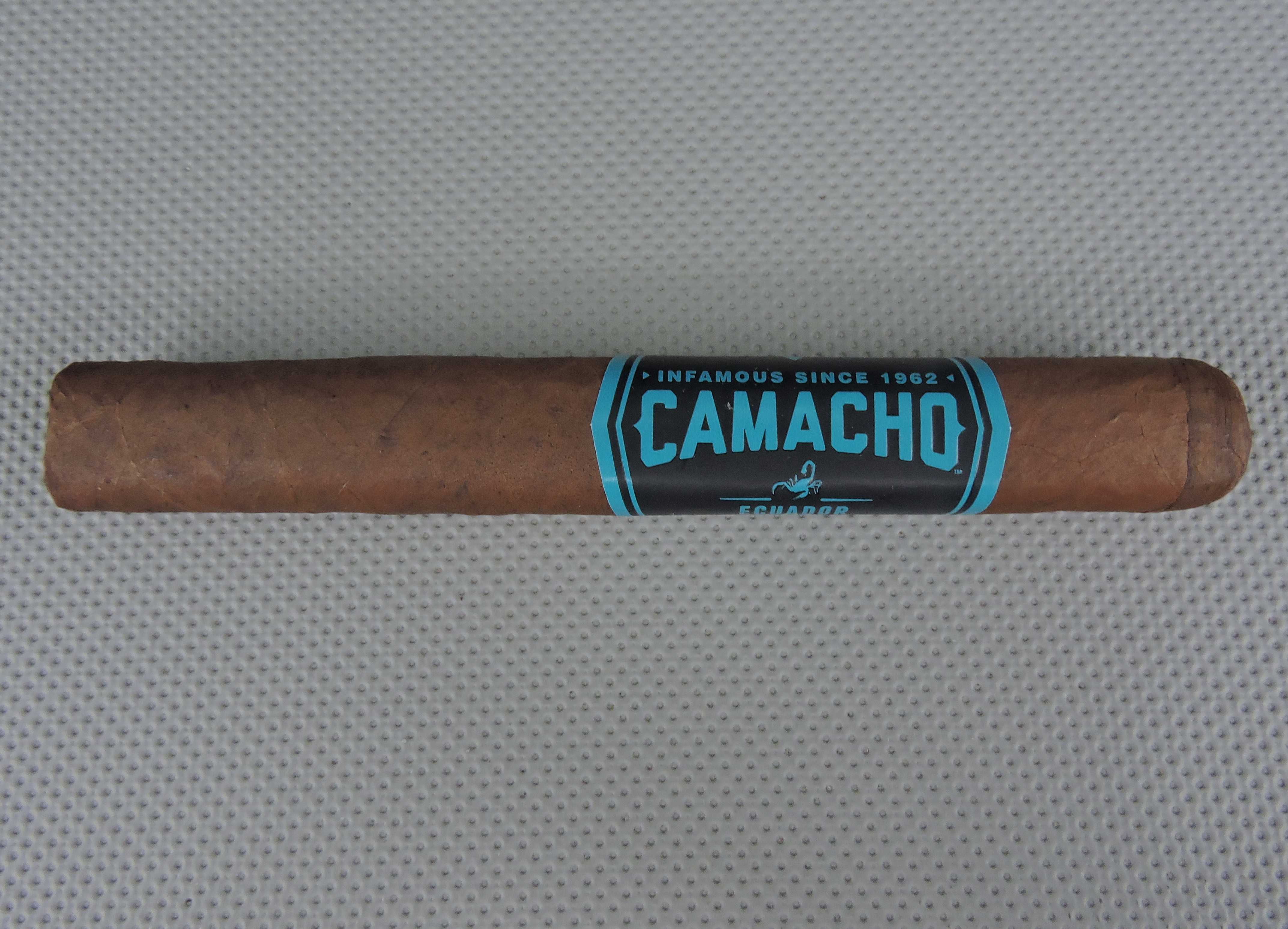 Early in 2017, Camacho Cigars announced the Camacho BXP line. This introduced a series of box-pressed offerings to the Camacho Corojo, Camacho Connecticut, and Camacho Ecuador lines. Box-pressed cigars are not only new to the Camacho brand, but they are relatively new to Camacho’s parent company Davidoff. The introduction of these box-pressed cigars can be considered an extension of Davidoff’s innovation strategy. When Hans-Kristian Hoejsgaard became CEO of Davidoff in 2011, one of the initiatives he put in place was a theme of innovation. This has resulted in Davidoff producing products which might be out of what is considered the company’s comfort zone – with one theme being the box-pressed offerings. We have seen box-press cigars with the Davidoff Nicaragua Box-Pressed and Avo Syncro Nicaragua offerings. Now it is Camacho’s turn with the Camacho BXP line. As we will see, these aren’t simply box-pressed versions of these Camacho favorites, but modified blends. Today we take a closer look at the Camacho Ecuador BXP in the Toro size. With the Camacho Ecuador BXP, this cigar is simply nothing short of outstanding.

So now, let’s take a closer look at the Camacho Ecuador BXP Toro and see what this cigar has to offer.

The Camacho Ecuador BXP line contains the same tobaccos used for the wrapper, binder, and filler with one difference – the incorporation of Pennsylvania Broadleaf in the filler. This cigar, along with all of the new BXP offerings, are made at Diadema Cigars de Honduras, S.A. –  Davidoff’s new factory in Honduras. 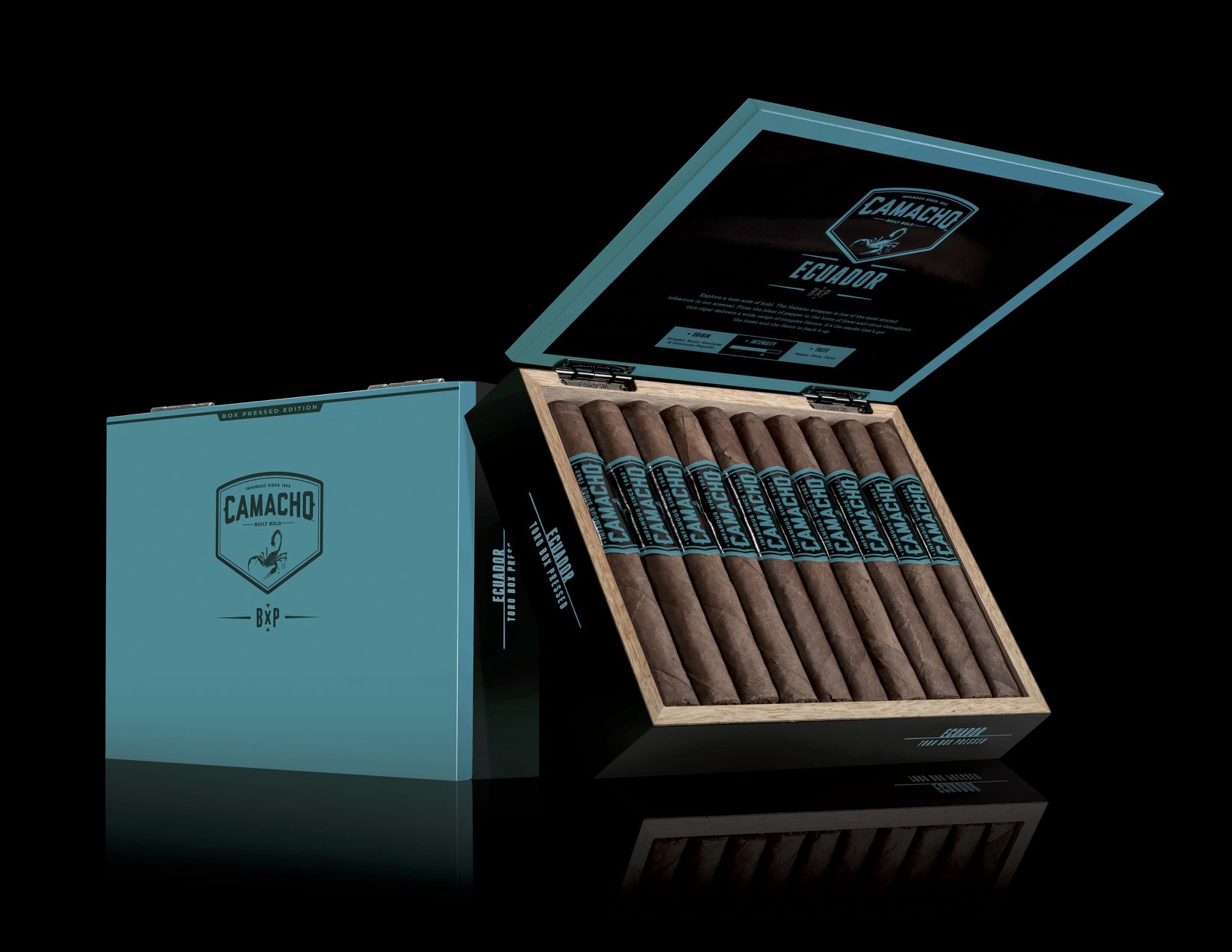 The Camacho Ecuador BXP is offered in three box-pressed sizes. These three sizes are consistent across the three BXP blends. The cigars are packaged in 20-count boxes 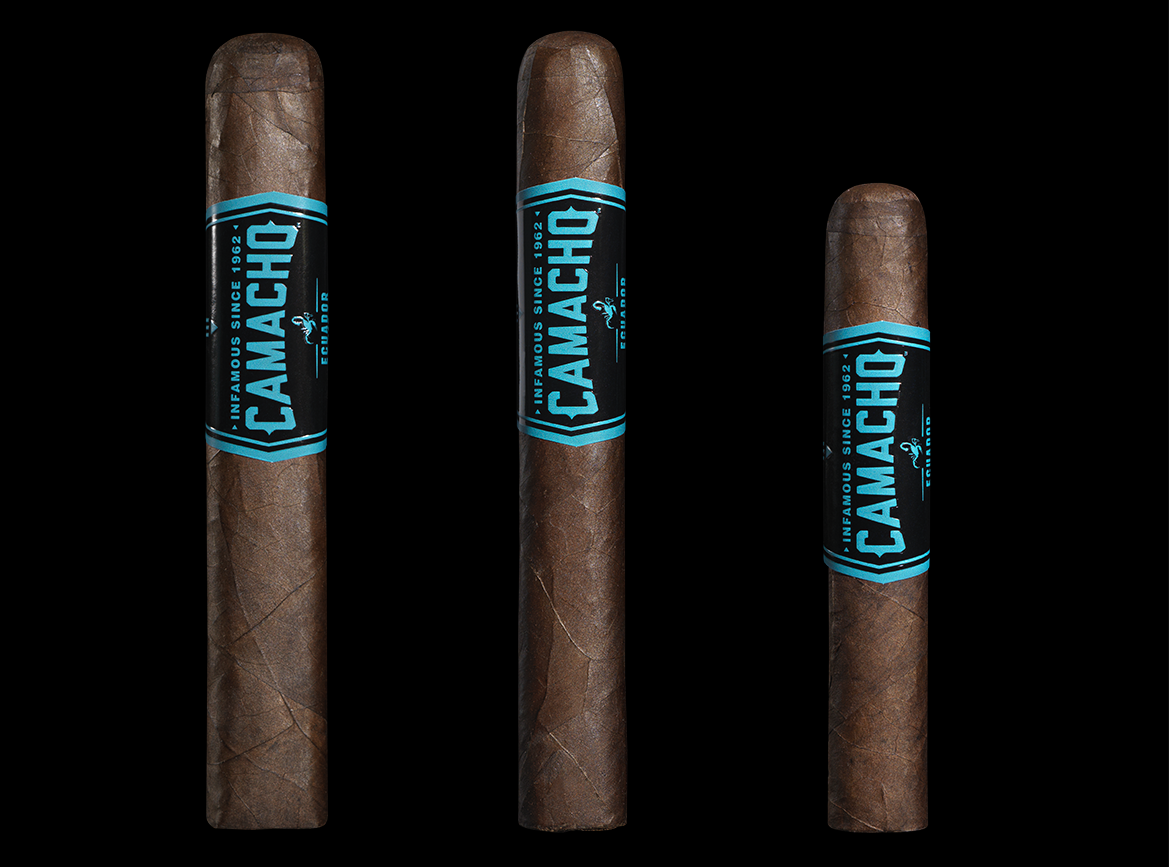 The Ecuadorian Habano wrapper of the Camacho Ecuador BXP Toro has a medium to dark brown color to it. There is a slight coating of oil on the surface of the wrapper. There are some visible veins, but the wrapper seams are well hidden. The box-press itself was more of a “soft press”.

The band is in the style of the Camacho branding introduced back in 2013. One thing that was noticeable is that this band was “less busy” than many of the other Camacho bands. The band has a black field surrounded by aqua blue trim. On the band is the text “INFAMOUS SINCE 1962” in aqua blue font. Below that is the text “CAMACHO” in large aqua blue font. A small red Camacho scorpion sits below the “CAMACHO” text”. The text “ECUADOR” and “BXP” follows in smaller font. There are some additional aqua blue adornments on the black field.

Prior to lighting up the Camacho Ecuador BXP Toro, I went with my usual choice of a straight cut. After the cap was removed, I commenced with the pre-light draw ritual. The dry draw delivered notes of leather, cedar, chocolate, and a touch of fruit sweetness. Overall I considered this to be an excellent pre-light draw. At this point, I was ready to light up the Camacho Ecuador BXP Toro and see what would result from the smoking phase.

The Camacho Ecuador BXP Toro started out with a wide assortment of flavors including natural tobacco, chocolate, red pepper, earth, and a mineral component. The natural tobacco and chocolate notes moved into the forefront, the earth, pepper, and mineral notes settled in the background. There was an additional layer of red pepper on the retro-hale.

Throughout the first third, the earth notes occasionally surfaced in the forefront with the natural tobacco and chocolate notes. As the Camacho Ecuador BXP Toro moved through the second third, this pattern became more frequent. At the same time, the red pepper notes slightly increased while the mineral component decreased. Toward the end of the second third, I also detected some cedar notes.

By the last third, the earth notes were grounded with the natural tobacco in the forefront. The spice notes were now a close secondary note. There was still a touch of the mineral flavor present in the more distant background. This is the way the Camacho Ecuador BXP came to a close. The resulting nub was in temperature, but slightly soft to the touch.

For the most part, the burn performed quite well on the Camacho Ecuador BXP Toro. The burn took a straight path from start to finish. There was a slight bit of jaggedness on the burn line, but this was remedied by some touch-ups – and I didn’t find the number of touch-ups to be excessive. The ash produced from the Camacho Ecuador BXP was light gray. This was an ash that was skewed toward the firmer side. As for the burn rate and burn temperature, both were ideal. 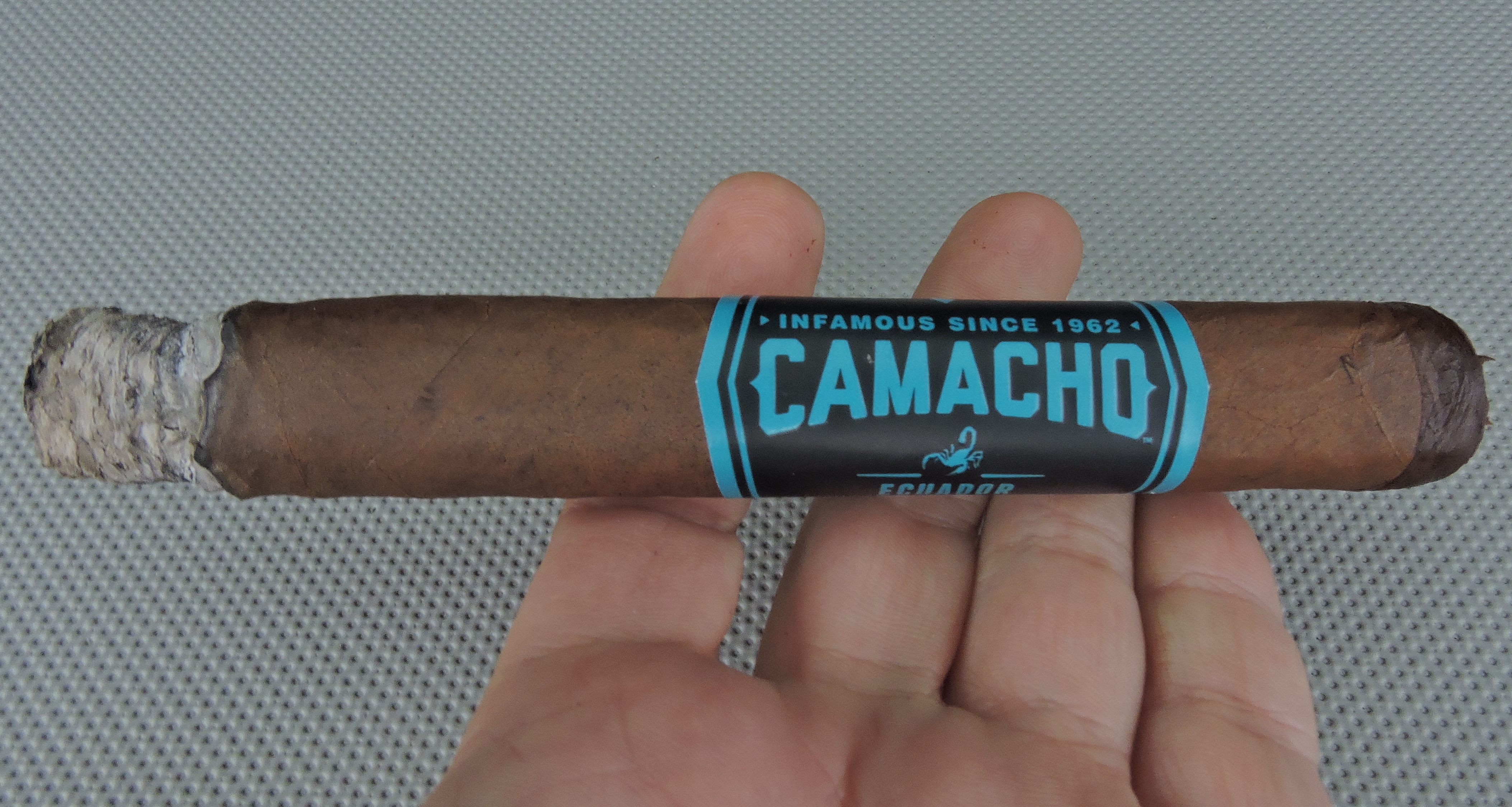 The draw performed excellently on the Camacho Ecuador BXP Toro. It was not too tight, nor was it too loose. There was also a nice amount of smoke production from this cigar.

In terms of strength and body, I found the Camacho Ecuador BXP Toro to fall into the medium to full range. This was pretty much what I have most recently found with the rounded Camacho Ecuador Toro.

Very simply, the Camacho team has delivered an excellent release with the Camacho Ecuador BXP Toro. The original rounded Camacho Ecuador is an excellent blend and I was a little unsure what the box-pressing and tweaks would do to it. The good news is the Ecuador BXP comes through with flying colors. This cigar delivered excellent flavor and had a nice amount of complexity. I also found the medium to full strength and body of this cigar clicked with the flavors perfectly. For the most part, I’d recommend this cigar to a more experienced cigar enthusiast. As for myself, this is a cigar I would smoke again – and it’s definitely box-worthy.