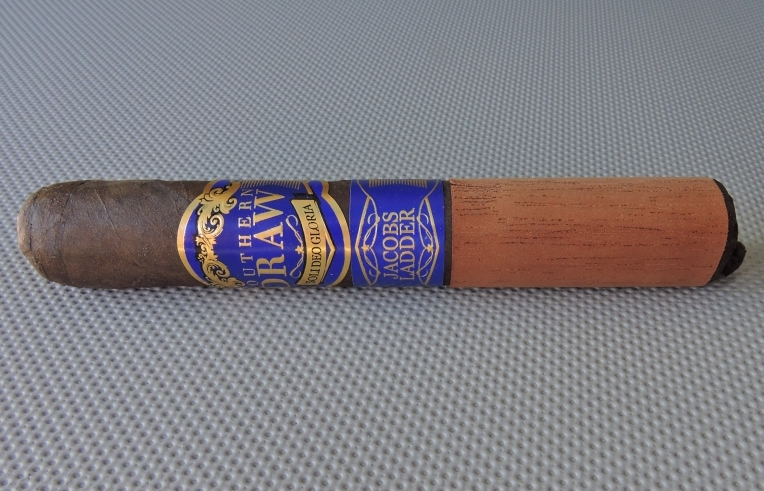 At the 2017 IPCPR Trade Show in Las Vegas, Robert Holt and Southern Draw Cigars officially launched Jacobs Ladder. Jacobs Ladder is the company’s second Pennsylvania Broadleaf wrapped cigar following up the QuickDraw PA Broadleaf. While the QuickDraw PA Broadleaf is a line that focuses on smaller, thinner connoisseur sizes, the Jacobs Ladder offers a different blend utilizing what can be considered more traditional sizes for the U.S. market. It does serve another role, offering the company’s boldest and most powerful cigar released to date. Today, we take a look at Jacobs Ladder in the Robusto size – and its a cigar that lives up to its billing.

Jacobs Ladder has been a cigar that has been long-awaited by fans of Southern Draw Cigars. Just before the U.S. Food and Drug Administration (FDA)’s Deeming Regulations on premium cigars went into effect on August 8, 2016, Southern Draw Cigars announced the Jacobs Ladder and released a small amount into the marketplace. By the time the IPCPR Trade Show rolled around, Jacobs Ladder had an official launch and was released nationally shortly afterwards – complete with new packaging and banding unveiled for the first time. The company follows a small batch philosophy in terms of its production model.

Without further ado, let’s break down the Southern Draw Jacobs Ladder Robusto and see what this cigar brings to the table:

In addition to the Pennsylvania Broadleaf wrapper, Jacobs Ladder features an Ecuadorian Maduro wrapper and an all-Nicaraguan filler highlighted by proprietary tobaccos. As with all Southern Draw Cigars, they are produced out of AJ Fernandez’s Tabacalera Fernandez factory in Estelí, Nicaragua.

At this time, the following three sizes are being made available for Southern Draw Cigars’ Jacobs Ladder – each in 20-count boxes. In addition, the 2-count pecata case will be available for the Toro.

The Pennsylvania Broadleaf wrapper of the Jacobs Ladder Robusto had a dark espresso color to it. There wasn’t much in the way of oil on the surface of this wrapper. Even though there was a dark wrapper, upon closer examination, some subtle mottling could be seen on the surface. Any visible wrapper seams or veins were on the thin side. 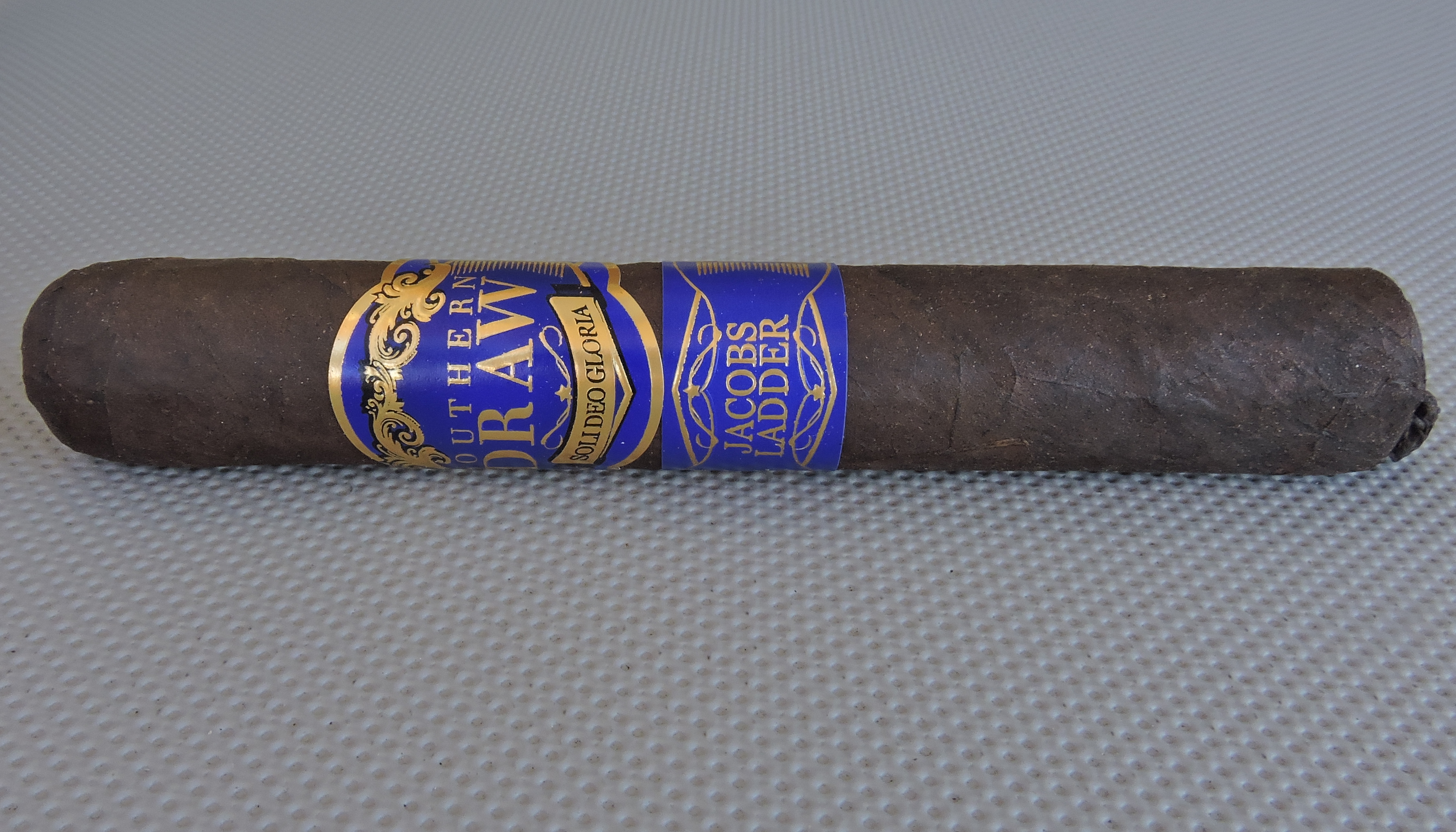 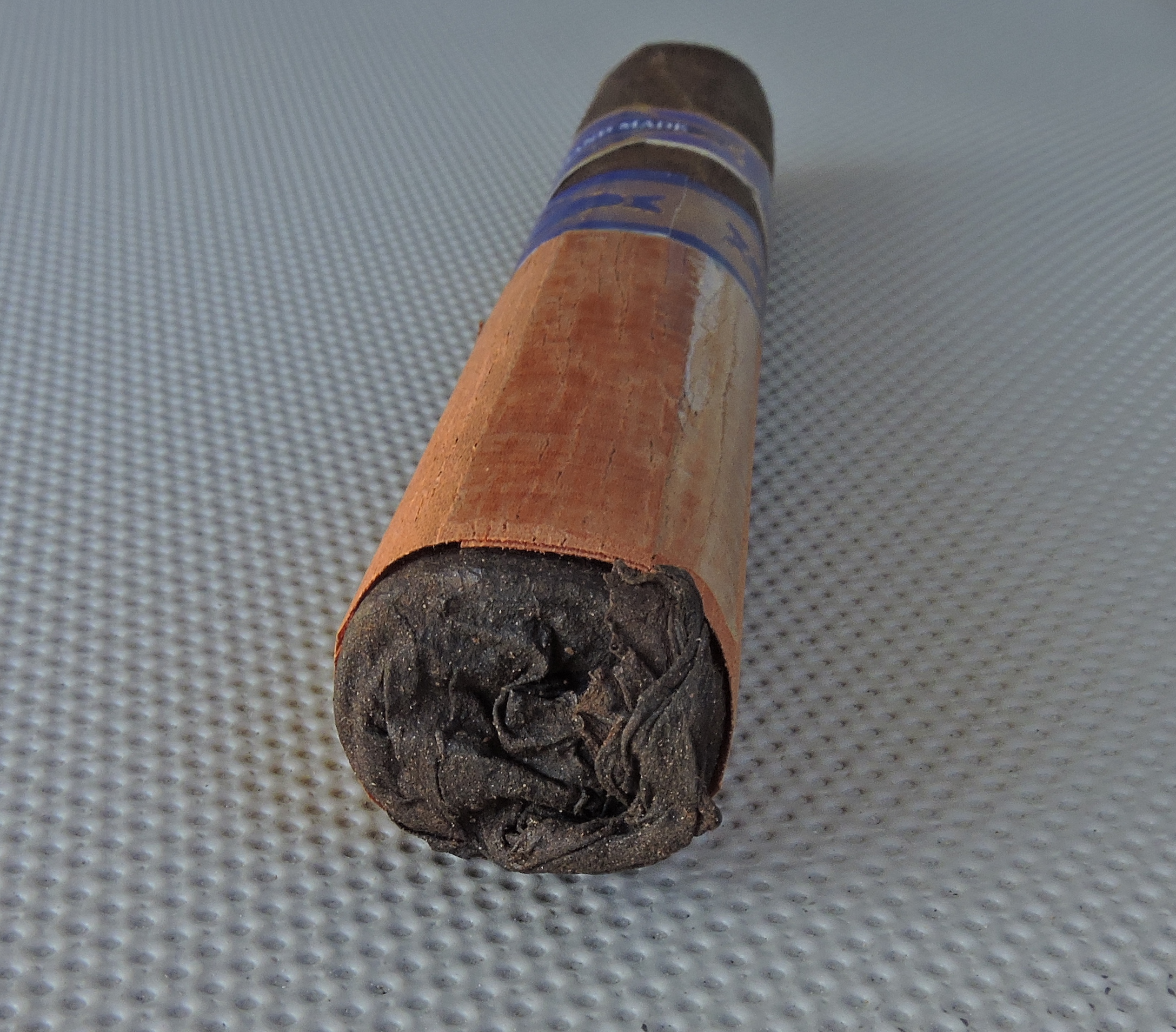 There is also a secondary band located just below the primary band that also has a purple background. This features the text “JACOBS LADDER” in gold font. There are also gold adornments surrounding the text.

My first step was to remove the cedar sleeve of the Jacobs Ladder Robusto. Once the sleeve was removed, I placed a straight cut into the cap of cigar. After removing the cap, I proceeded with the pre-light draw where I detected notes of coffee and cedar. The dry draw was simple, yet flavorful. Overall, I was quite pleased with the pre-light draw of this cigar. At this point, I was ready to light up the Jacobs Ladder Robusto and see what the smoking phase would have in store.

During the first half, the flavor profile remained relatively constant.There was some variation between the dark chocolate, earth, and coffee with the dark chocolate having a slight edge. The cedar and pepper remained in the background. Later in the first third, a slight (not overly sweet) dried fruit note surfaced.

The second half of the Jacobs Ladder Robusto saw the cedar and black pepper increase. As the cigar moved through the latter part of the second third the dried fruit dissipated. As the cigar entered the last third, the combination of dark chocolate, earth, and coffee remained in the forefront with the coffee now on a more even playing field with the other notes. The cedar notes were now a close secondary note while the pepper still was more distant on the tongue. This is the way the Jacobs Ladder Robusto came to a close. The resulting nub was cool in temperature but slightly soft to the touch.

From a burn standpoint, the burn line of the Southern Draw Jacobs Ladder Toro was a bit on the jagged side and I did find this cigar needed some touch-ups in order to keep a straight burn path. The touch-ups did the trick, but I found them to be a little more frequent than I preferred. This cigar didn’t have an overly firm ash and was prone to some minor flaking. The ash itself had a gray color. Meanwhile, the burn temperature was ideal. As for the burn rate, I found this cigar to burn on the slower side. I don’t think you’ll find any adverse effects of the slower burn unless you are in a rush to smoke this cigar (which I would not recommend). 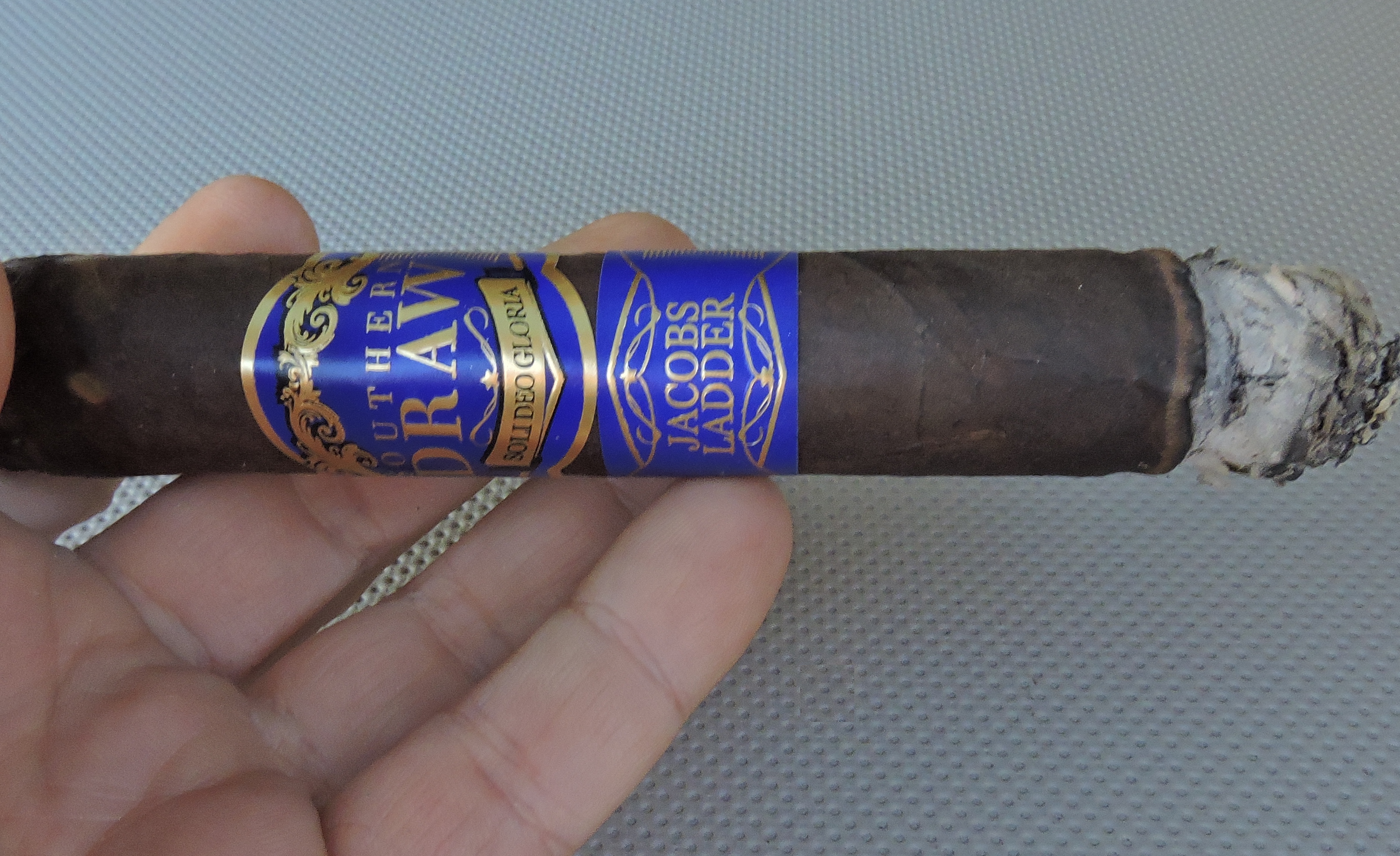 As for the draw, this cigar seemed to have just the right amount of resistance. This was an open, but not loose draw. At times there was a nice amount of smoke production.

As mentioned, Jacobs Ladder was a cigar positioned as the boldest offering in the Southern Draw portfolio – and it certainly lived up to that promise. This cigar started out as full strength, full-bodied. One might think the body isn’t quite full, but when you factor in the retro-hale, it pushes the body into the full threshold. There was a nominal increase in the intensity of both attributes in the second half.

In terms of strength versus body, both were pretty even throughout the smoking experience.

While the Jacobs Ladder Robusto isn’t a cigar that is going to undergo a lot of radical flavor transitions, it is one that is going to deliver a satisfactory amount of flavor nuances along the way. This is a strong cigar, but it doesn’t overwhelm the flavors and they are bold enough to allow these nuances to be showcased. I am curious to see what a year of age does to this cigar as my gut tells me it will mellow considerably. Given this is a bold and powerful cigar, I’d recommend this to a seasoned cigar enthusiast who is looking for a cigar with that profile. As for myself, this is a cigar I’d smoke again – and its worthy of box purchase consideration.