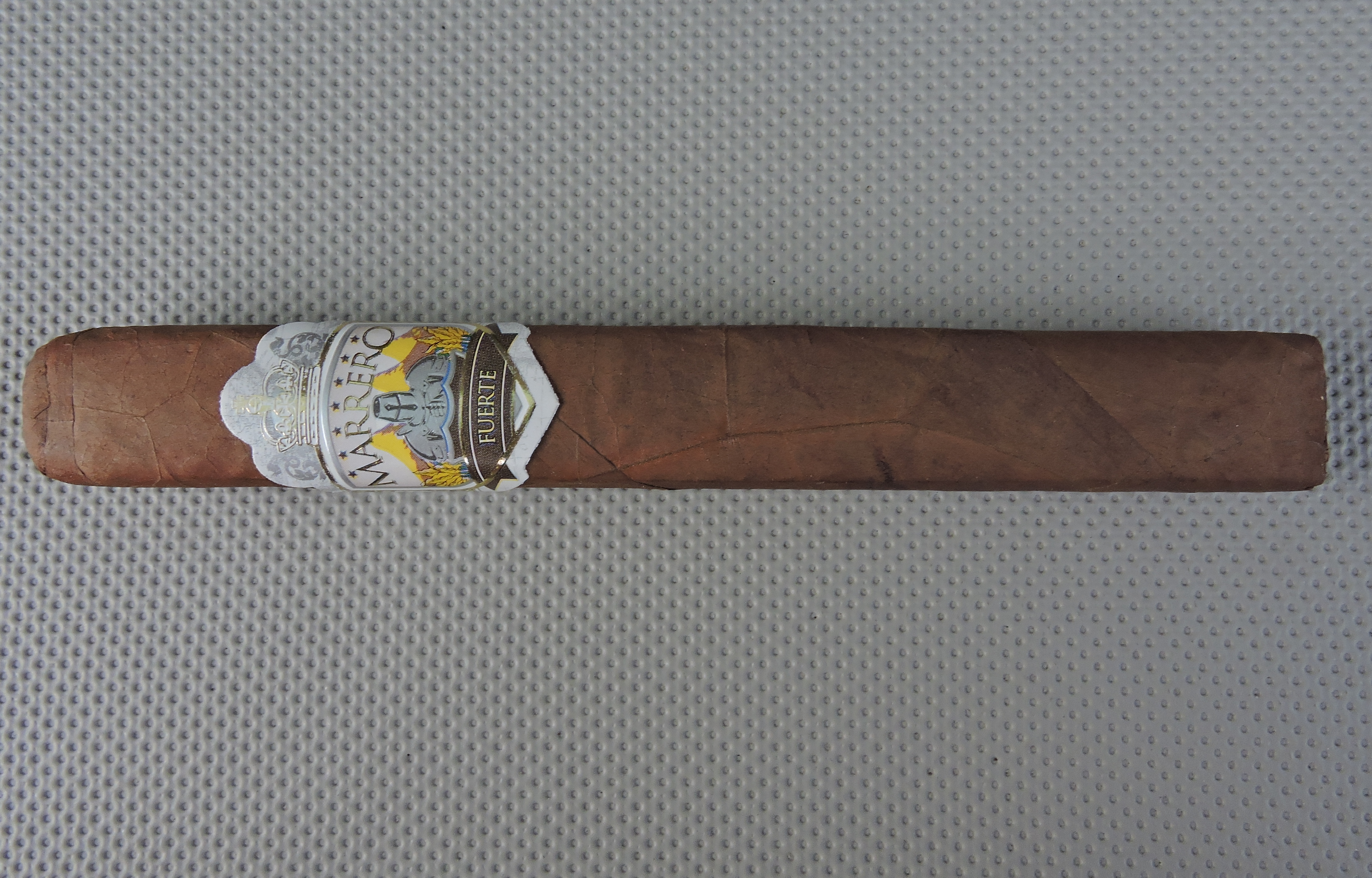 Tabacos de Costa Rica is quietly becoming a factory on the rise. Over the past few years, releases from Bombay Tobak and LH Cigars have landed on the Cigar Coop Cigar of the Year Countdown. Brands such as Atabey, Byron, Brun del Ré, Xiphos and Cuba Rica have also come out of this factory. As for Marrero Cigars, in addition to the Marrero Fuerte, the other lines include Marrero Bellartes, Marrero Flor de Nino, Marrero Tesero Mio, and Marrero Tico.

Without further ado, let’s break down the Marrero Fuerte Gran Toro BPO and see what this cigar brings to the table.

The blend to the Marrero Fuerte is a multi-national one. In addition to the Ecuadorian Habano Oscuro, the blend also features tobaccos from Peru, Nicaragua, and the Dominican Republic.

The Ecuadorian Habano Oscuro wrapper of the Marrero Fuerte has a roasted coffee bean color. The wrapper also has a slight amount of mottling on the surface. There was a nice oily sheen on the surface of the wrapper. This is a smooth wrapper with any visible wrapper seams and visible veins on the thin side. As for the box press, this is one that has sharper edges than a typical Cuban press.

I commenced the cigar experience of the Marrero Fuerte Gran Toro with a straight cut. After removing the cap, I moved on to the pre-light draw. The dry draw of the cigar delivered cocoa, cherry, and dusty notes along with a creamy texture. Overall I considered this to be a very good pre-light draw. At this point, I was ready to light up my Marrero Fuerte Gran Toro and see what the smoking experience would have in store.

The start of the Marrero Fuerte Gran Toro delivered a mix of cocoa cherry, wood, and black pepper. The cocoa and cherry notes moved to the forefront during the early stages. There was a nice creamy texture that kept the overall flavor profile smooth. Meanwhile, the wood and black pepper notes were in the background, but the pepper was more prominent on the retro-hale.

As the Marrero Fuerte Gran Toro moved into the second third, the cocoa notes transitioned to more of a classic coffee note. The cherry notes were also present in the forefront, but shed some of its sweetness. The creamy component also started to diminish. In the background, I still picked up wood and pepper notes. By the midway point, the coffee notes took over as the dominant flavor of the cigar. It was also around this point where the herbal notes started to increase.

The last third of the Marrero Fuerte Gran Toro saw the herbal notes join the coffee in the forefront. By this point, the creaminess had dissipated. The cherry and pepper notes were still present. There was also a slight amount of bitterness present in the background. This is the way the Marrero Fuerte Gran Toro cigar experience came to a close. The resulting nub was soft to the touch, but cool in temperature.

While the burn of the Marrero Fuerte Gran Toro BP maintained a relatively straight path, I did find this cigar needed a few extra touch-ups along the way. Meanwhile, the resulting ash was skewed toward the firm side. This ash was silvery-gray with some dark spots mixed in. The burn rate and burn temperature were both ideal. 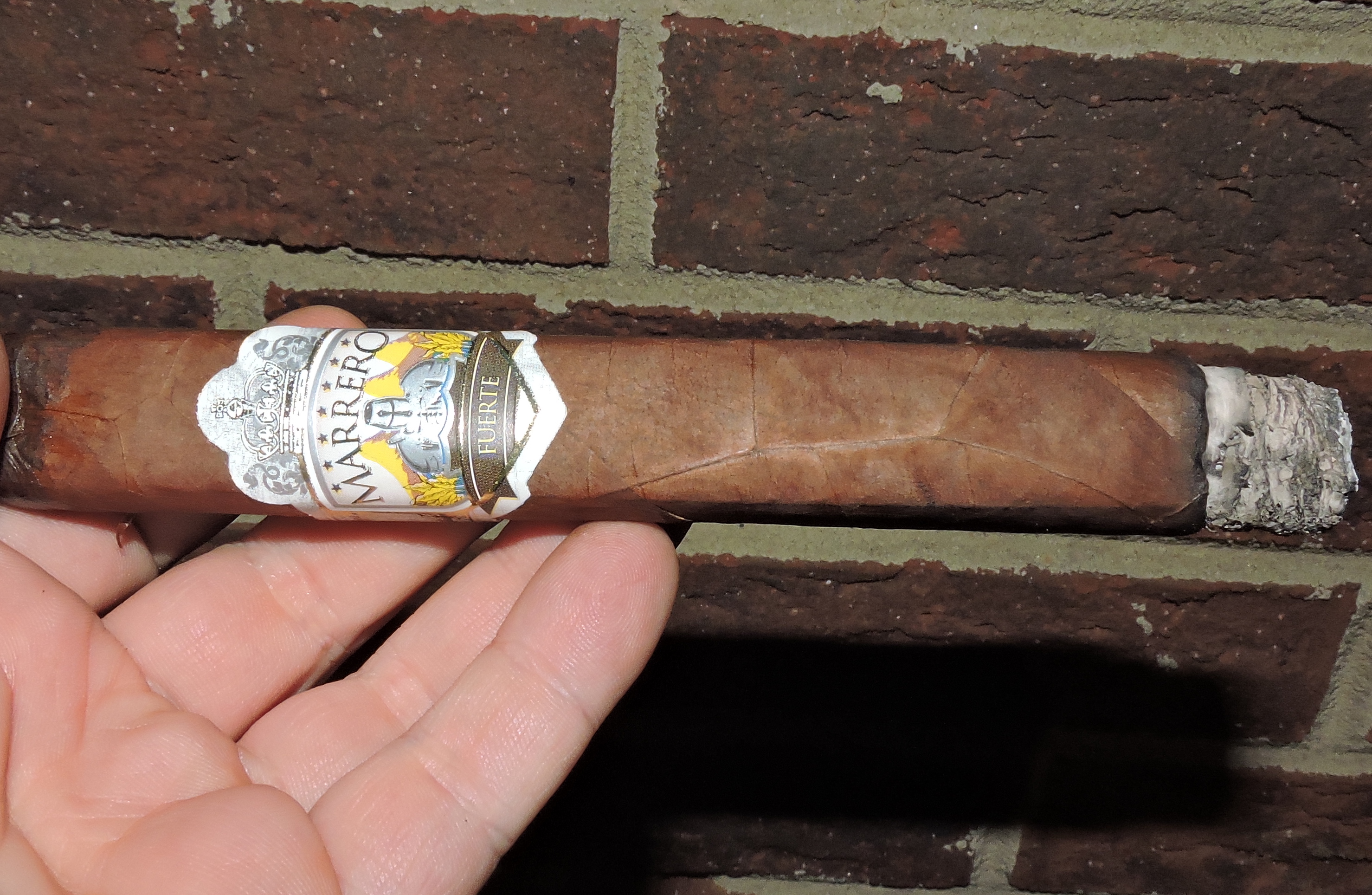 I assessed the draw to be excellent. The Marrero Fuerte Gran Toro BP performed with the ideal amount of resistance and openness – especially for a box-press, which sometimes are skewed a little too open for me.

This is the second of the five blends I have had from Marrero Cigars and once again I am impressed. When I think about cigars from Tabacos de Costa Rica, I normally don’t think about cigars that get past the medium threshold. However, the Marrero Fuerte is one that is going to deliver a bolder experience. At the same time, there was a very nice amount of complexity and balance among the flavors. I also found the overall profile meshed well with the box-pressed format. Given this cigar is $8.00, it is one that provides nice value. Since this is a bolder experience, it’s a cigar I’d recommend for a more experienced cigar enthusiast. As for myself, the Marrero Fuerte BP is one that I would smoke again and seek out some of the other sizes. It’s worthy of buying multiples to have in your humidor.