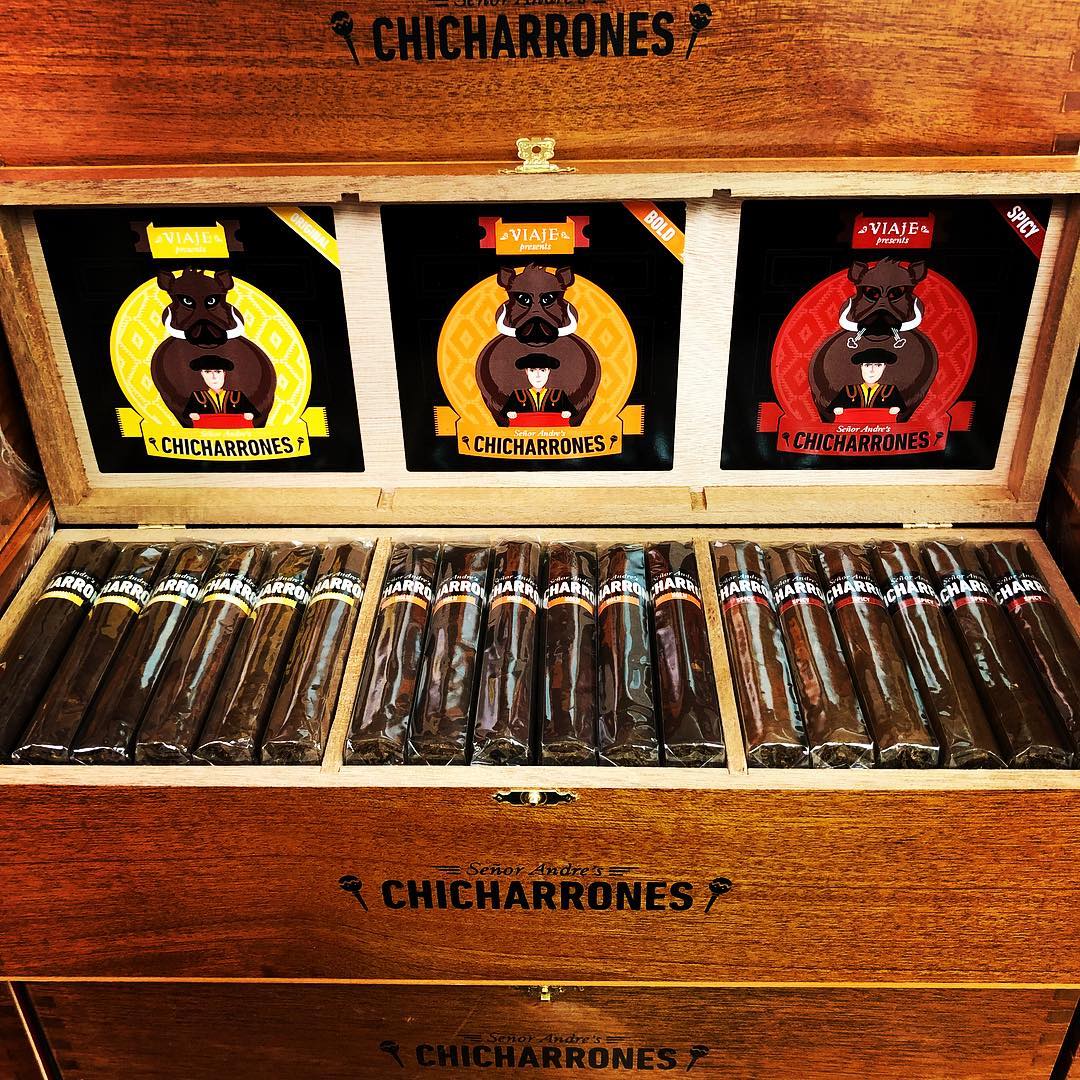 Señor Andre’s Chicharrones made its debut in 2015. The new 2018 edition marks only the second time the series has been released. Señor Andre’s Chicharrones consists of three distinct blends: Original (Corojo wrapped), Bold (Maduro wrapped), and Spicy (Criollo wrapped).  While the 2018 editions contain the same options, Viaje President Andre Farkas mentioned on Episode 41 of the Prime Time Show that the cigars have been re-blended. In addition, the 2018 offerings will be a 4 1/2 x 50 Robusto (slightly larger than the 4 1/2 x 48 Rothschild released in 2015).