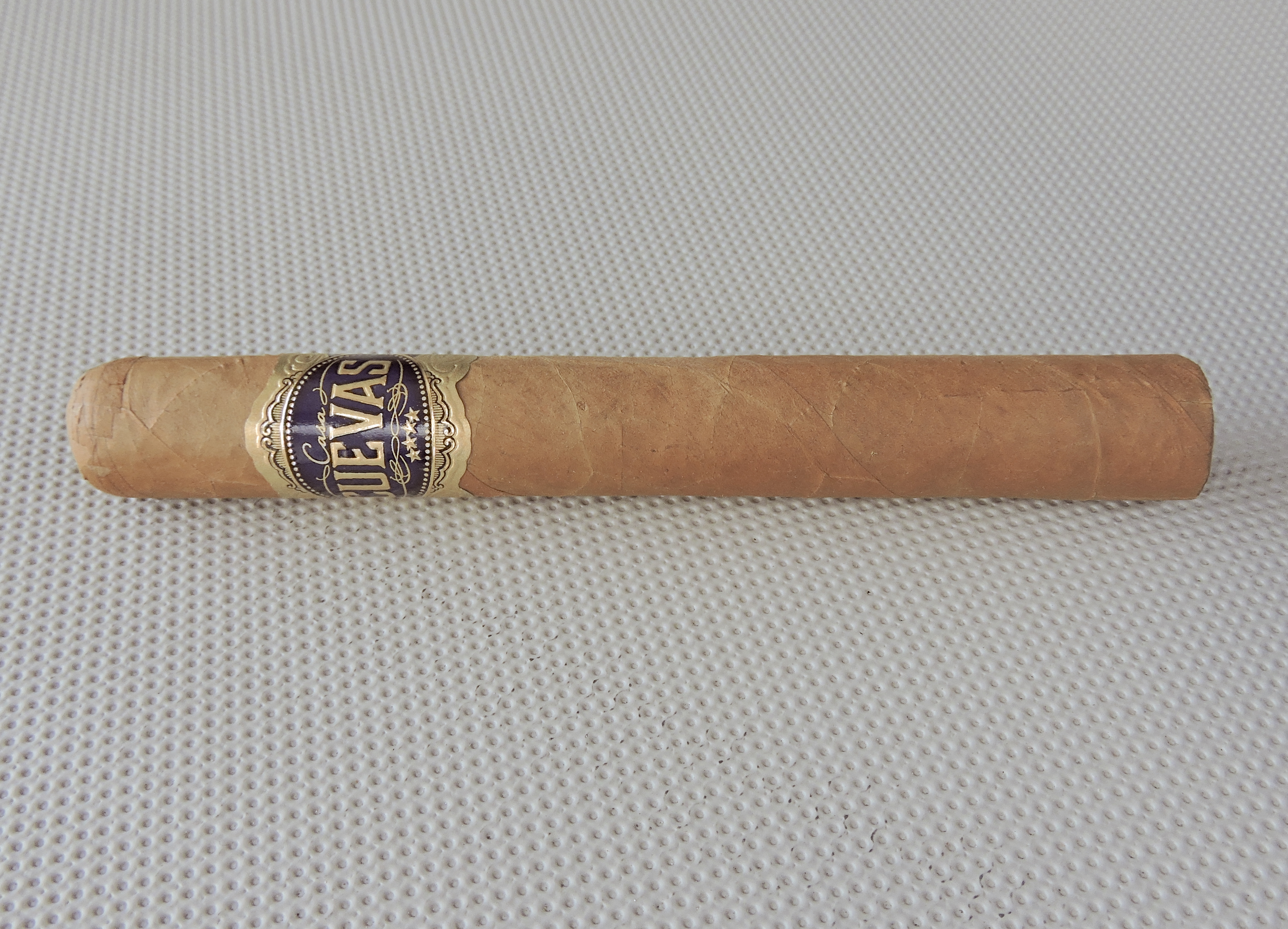 The Casa Cuevas Connecticut is one of three blends owned by Casa Cuevas Cigars. Casa Cuevas Cigars is the brand owned by the father and son team of Luis Cuevas Sr. and his son Luis Cuevas Jr. The Cuevas family are not newcomers to the cigar industry. The Cuevas family has been involved in the cigar business for four generations. Luis and Luis Jr. operate a factory out of the Dominican Republic called Tabacalera Las Lavas. This is a factory that has made cigars for brands such as Gurkha, Toraño, and Leccia Tobacco. In the past few months, we have looked at the other two blends offered by Casa Cuevas, the Casa Cuevas Habano and Casa Cuevas Maduro. Today, we complete the trifecta by looking at the Casa Cuevas Connecticut in the Toro size.

The Cuevas family traces its roots in the cigar industry back to the 19th century. This is when Juan Cuevas settled in the Pinar del Río valley and started cultivating tobacco. Juan’s son Juan Jr. would take over the business from his father, but with the Cuban Revolution Juan Jr left Cuba for the Dominican Republic. This is where the family has been based ever since. Cigar industry veteran Gabriel Alvarez serves as the Director of Sales.

Without further ado, let’s break down the Casa Cuevas Connecticut Toro and see what this cigar brings to the table:

The Casa Cuevas Connecticut consists of a three country multi-national blend. The

There are three sizes of the Casa Cuevas Habano. Each is packaged in 20-count boxes.

The Ecuadorian Connecticut wrapper of the Casa Cuevas Connecticut Toro has a light brown color to it. Depending on how the light hits the wrapper, there might be a subtle orange tint to it. There wasn’t much oil on the surface of this wrapper. The wrapper itself was slightly bumpy on the surface. There were some visible veins and any visible wrapper seams were on the thin side.

The front of the band of the Casa Cuevas Connecticut has a large dark midnight blue oval with text “CUEVAS” prominently displayed in a large gold font. Just above that text is the text “Casa” in a thin cursive gold font. The remainder of the band features some gold medallions also on a midnight blue background. The band is finished with a thick gold foil-like trim.

Prior to lighting the Casa Cuevas Connecticut Toro, I used a straight cut to remove the cap. I then proceeded with the pre-light draw ritual. The cold draw delivered a mix of classic wood, cedar, and a compound note that was a cross between natural tobacco and strawberry sweetness. I considered this to be a satisfactory pre-light draw. At this point, I was ready to light up the Casa Cuevas and see what the smoking phase would have in store.

The start of the Casa Cuevas Connecticut Toro picked up where the pre-light draw left off. I detected more notes of classic wood, cedar, and the combination of natural tobacco and strawberry. Early on, the cream notes moved into the forefront along with the classic wood notes. The natural tobacco/strawberry combination, along with the cedar, settled in the background. There was an additional layer of cedar on the retro-hale.

By the last third, the classic wood notes increased in intensity again. The cedar notes also increased in intensity. These notes joined the cream notes in the forefront. Meanwhile, the strawberry/natural tobacco combination returned to the background, delivering some extra sweetness. This is the way the Casa Cuevas Connecticut came to a close. The resulting nub was cool in temperature and slightly firm to the touch.

Overall, I found the Casa Cuevas Connecticut Toro performed excellently. This cigar had no trouble maintaining a straight burn line and a straight burn path. The resulting ash had a salt and pepper complexion to it. This was an ash that was on the firmer side. As for the burn rate and burn temperature, both were ideal. 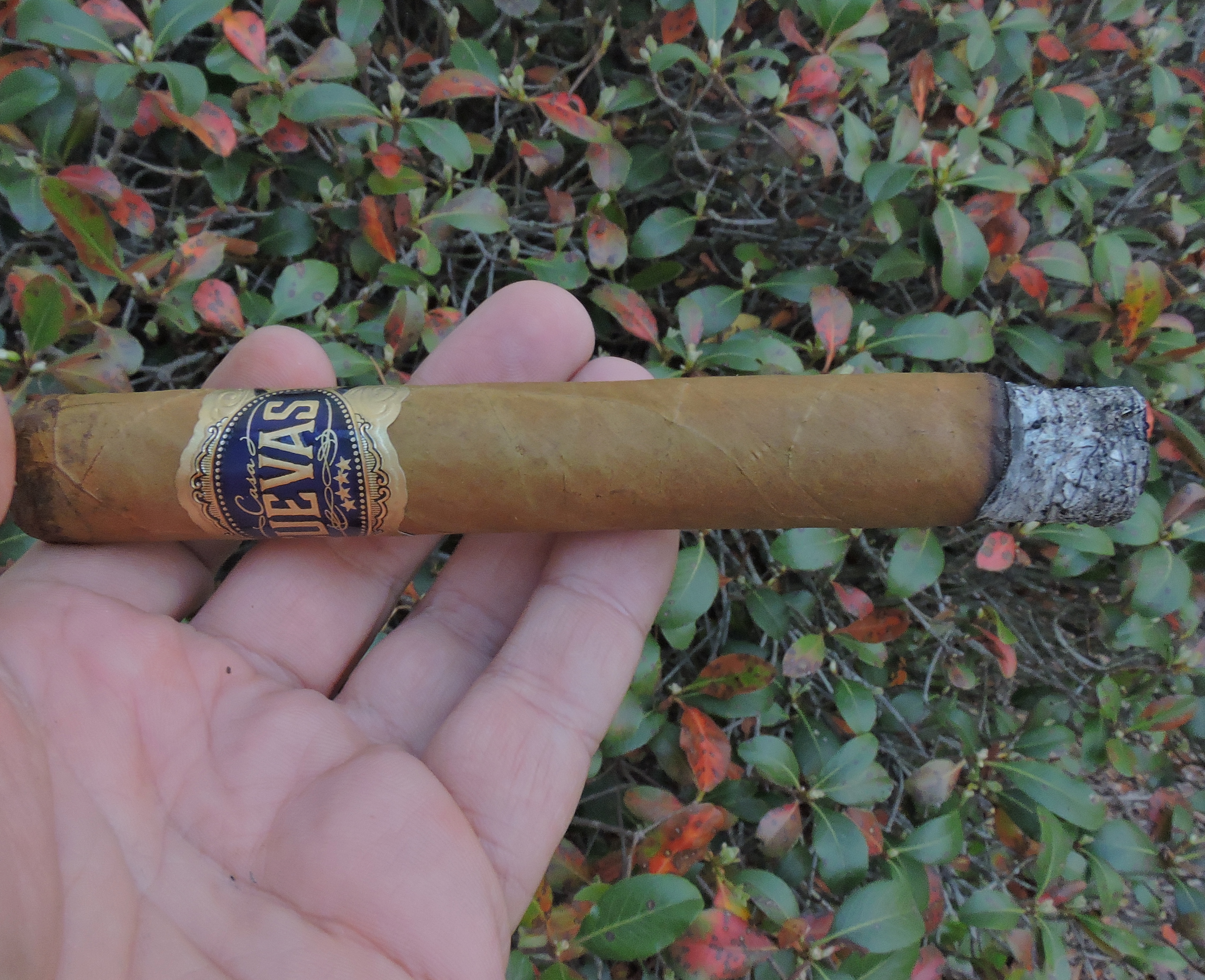 In terms of the draw, I found this draw to be more on the open side, but it wasn’t a draw that I would say was loose. While I normally like a little more resistance on the draw, it still was one I could live with.

When it comes to Connecticut Shade release, I’ve said many times there are two categories.  The first are those that deliver a milder, dialed-back experience while the other is one that tries to push the boundaries for a bolder smoking experience. The Casa Cuevas Connecticut Toro falls into the former category. This is a cigar that started out mild to medium in both strength and body. As the cigar experience progressed, both attributes increased in intensity; however, in the end, I still found both attributes remained in the mild to medium range.

This is a cigar that I would recommend to any cigar enthusiast any time of the day. As for myself, this is a cigar I definitely will smoke again. Not only is it one that easily garners box worthy consideration, it’s one of which I would easily recommend purchasing a box.