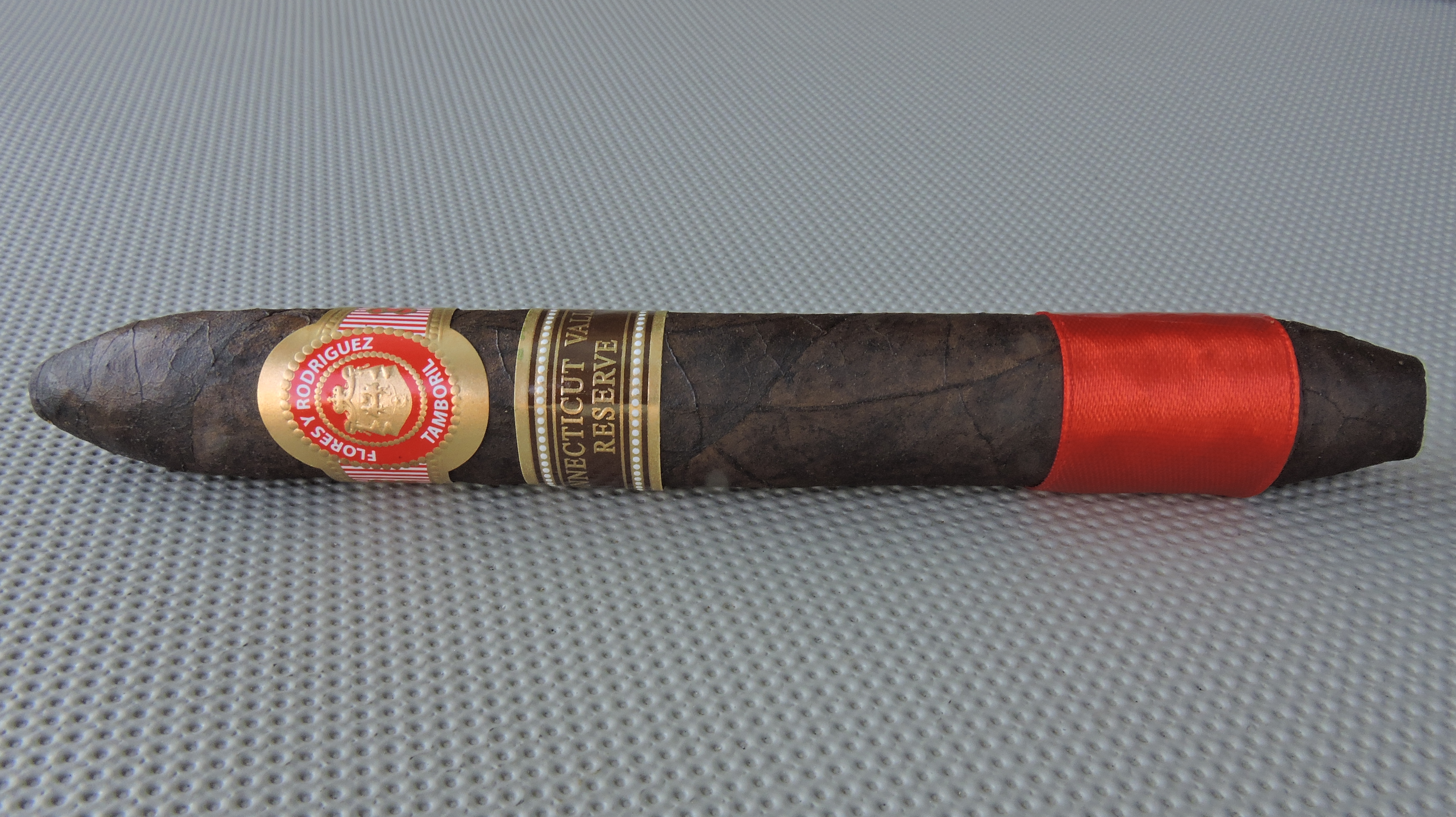 As the name indicates, the Flores y Rodriguez Connecticut Valley Reserve is highlighted by a Connecticut Broadleaf wrapper. The blend also incorporates  a double binder of Ecuadorian Corojo and Habano from Nicaragua. The filler is mostly Nicaraguan, but there is some Dominican Corojo incorporated in the blend. The Figurado measures 6 1/2 x 52. The cigar features a tapered footer that is open and a closed tip at the head of the cigar.

Bold mocha notes have been a signature of Gran Toro and Robusto sizes of the Flores y Rodriguez Connecticut Valley Reserve, and the Figurado size is no surprise. The mocha delivered a nice fusion of chocolate and cocoa. Along with the mocha, there are notes of cedar, black pepper, citrus, and hay. Early on the mocha notes dominate, but later in the cigar experience some more earthy notes surfaced. In addition, as the cigar experience progressed, the cedar and pepper notes increased. This was a cigar that started out medium to full in strength and body. While the cigar pretty much maintained its strength level from start to finish, the cigar did progress to full-bodied in the second half.

Overall, the Flores y Rodriguez Flores y Rodriguez Connecticut Valley Reserve is one of the best cigars Abe Flores has to offer. My preference is still toward the Gran Toro size, but the Figurado still offers an excellent cigar experience. This is a cigar that I would recommend to a seasoned cigar enthusiast. For myself, the Figurado is a cigar I would smoke again. While it carries a $19.00 price tag, this is still a cigar worth picking up multiples to keep in your humidor.