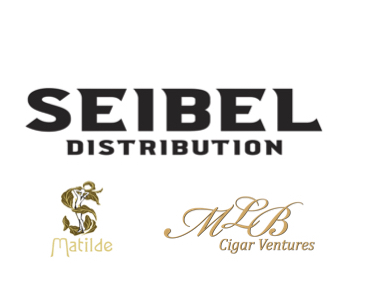 MLB Cigar Ventures and Matilde Cigars have announced the formation of a new distribution company known as SeiBel Distribution. Effective immediately, all products sold under MLB Cigar Ventures and Matilde Cigars will now have its U.S. distribution handled by SeiBel. As a part of the move, both companies have ended their agreement where Quesada Cigars (SAG Importers) was handling distribution for both companies. The new distribution company will leverage the UPS Cigars Direct platform through SeiBel’s new warehouse in Santiago, Dominican Republic.

Founder & CEO of MLB Cigars, Mike Bellody commented in a press release, “My company has experienced significant growth in sales and brand awareness. That growth makes this the next logical step in the evolution of MLB Cigar Ventures. Enrique is not only my business partner in SeiBel, he has also become a very close friend. I’m extremely excited that we have come together to create a pathway for continued success for both of our companies. I will forever be grateful to Manolo and the entire Quesada family for all they have done for me and my cigar company.”

Meanwhile Enrique Seijas,Co-Founder of Matilde Cigars, commented, “A key factor to Matilde’s success has been our close relationship with our retail partners and brokers. SeiBel Distribution will allow us to have a more direct control over our warehousing, shipping and customer service, enhancing our current relationship with our retail partners. Partnering with Mike was an easy decision because we share similar business philosophies when it comes to brand growth and distribution. Working with SAG and the Quesada family has been a great experience. Now it’s time for Matilde to enter a new and exciting chapter.”

It was in May 2015 Matilde Cigars entered into an agreement to have Quesada Cigars handle its distribution. MLB Cigar Ventures entered into its agreement with Quesada in June 2017.