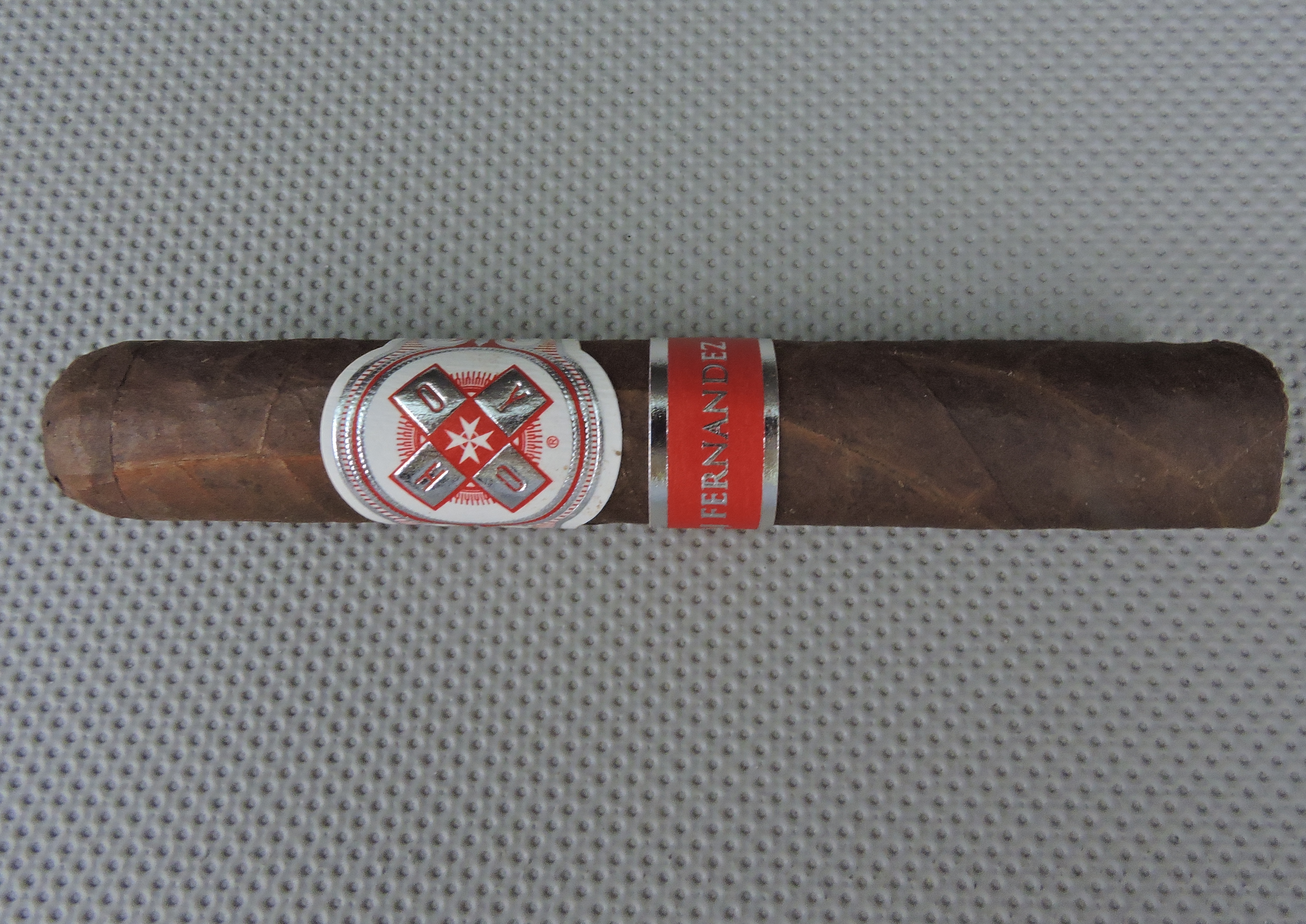 Hoyo is an offshoot of the Hoyo de Monterrey brand. Back in 2015, Hoyo de Monterrey celebrated its 150th anniversary. A limited commemorative cigar called Hoyo de Monterrey Edición de Cumpleanos 150 was introduced that featured a more contemporary look for the Hoyo de Monterrey brand. That look carried over into 2016 when the company launched the Hoyo line, which was based on the Cumpleanos 150 concept. At the time, General Cigar was positioning the Hoyo for what was deemed “small batch cigars, collaborations and other exciting special projects.” The first of those collaborations made its debut last year with the first Hoyo La Amistad. It was a cigar that garnered both critical acclaim and commercial success for General Cigar.

Fernandez’s ties with General go beyond Hoyo de Monterrey. In addition to the two Hoyo de Monterrey cigars, Fernandez also makes the Time Flies line – which was originally produced as a cigar under General’s Foundry brand. Meanwhile, General Cigar has recently turned over both production and distribution of the Ramon Allones brand to Fernandez as well.

As mentioned, the Hoyo La Amistad Silver is a 100% Habano blend. It consists of an Ecuadorian-grown wrapper over a Nicaraguan Habano binder and Habano tobaccos from Nicaragua’s Estelí and Condega regions. The cigar is produced out of AJ Fernandez’s Tabacalera Fernandez facility in Estelí, Nicaragua.

The Hoyo La Amistad Silver is available in three sizes. Each size is packaged in 20-count boxes. 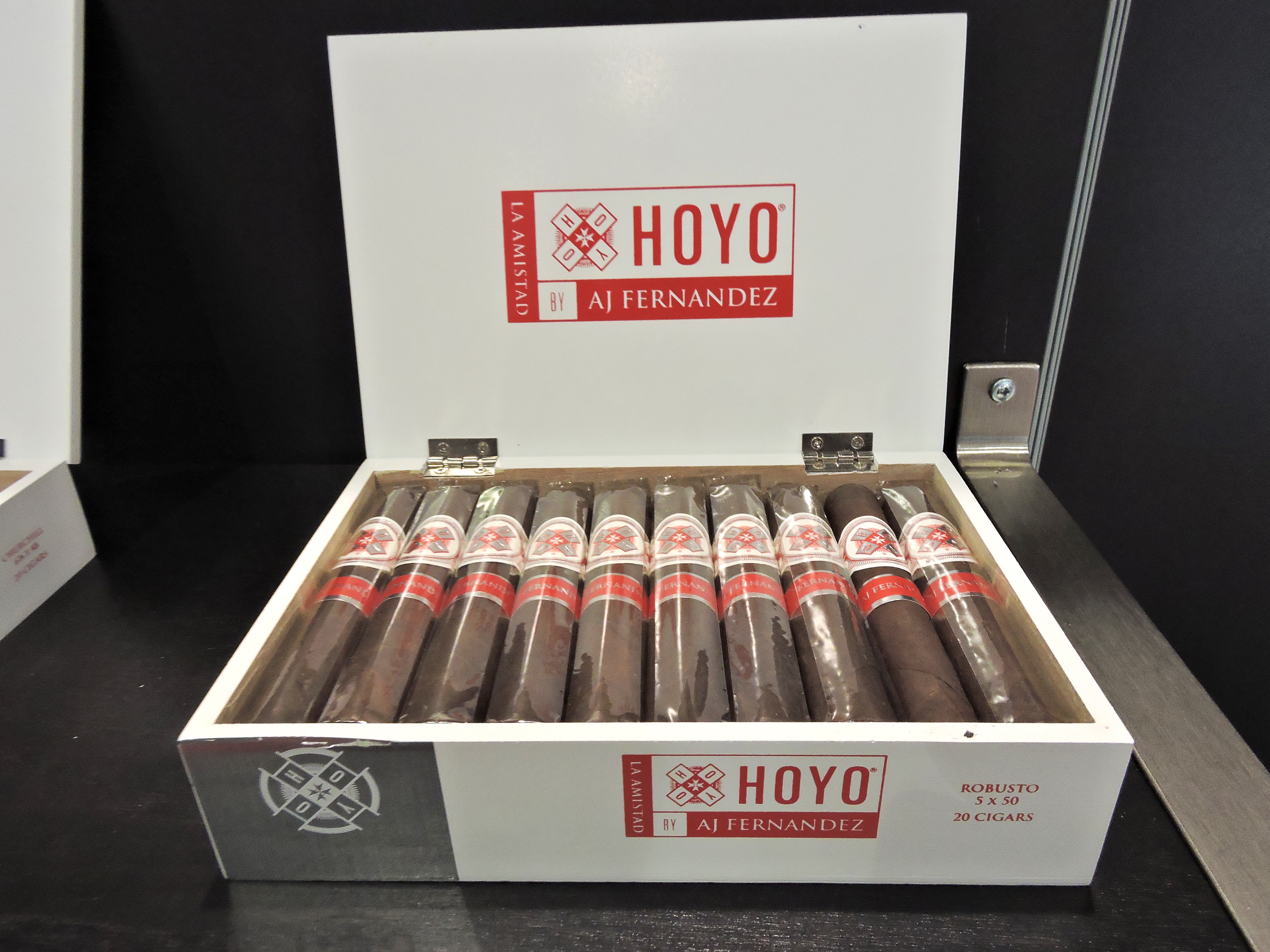 One very noticeable thing about the Hoyo La Amistad Silver was that the Ecuadorian Habano wrapper was on the dark side. This is a wrapper that has a dark roasted coffee bean color to it. Upon closer examination, there was some darker mottling on the surface of the wrapper. There was a light coating of oil on the wrapper. This was a wrapper that had thin wrapper seams and any visible wrapper seams were minimal.

The primary band uses a design similar to what was introduced with the Hoyo Edición de Cumpleanos 150, but using a white, silver, and red color scheme. On the center of the band is a windmill-like design on the front featuring the letters H, O, Y and O – with one letter sitting on each of the four wings of the windmill. There are red and white pinstripes going to the left and right. Additional red, silver, and white adornments sit on these pinstripes. The text “HOYO” appears in thin white font on a small red nameplate design.

The secondary band has a thick red stripe with thick silver trim across the top and bottom. On the center of the band is the text “AJ FERNANDEZ” in large silver font.

Prior to lighting up the Hoyo La Amistad Silver Robusto, I placed a straight cut into the cigar to remove the cap. I then proceeded with the pre-light draw. The cold draw was simple but flavorful, as it delivered a mix of coffee and cedar notes. Overall, I considered the pre-light draw experience of the cigar to be excellent. At this point, I was ready to light up my Hoyo La Amistad Silver Robusto and see what the smoking phase would have in store.

The Hoyo La Amistad Silver Robusto kicked off with notes of mocha, wood, and black pepper. The mocha was a classic fusion between chocolate and black coffee notes. These mocha notes moved to the forefront in the early stages. The wood and black pepper settled into the background. The retro-hale delivered a nice mix of cedar, pepper and bing cherry.

As the Hoyo La Amistad Silver Robusto moved into the second third, the citrus notes became more orange like and started to increase in intensity. Toward the midway point, these notes joined the mocha notes in the forefront. Later in the second third, the mocha notes started to shed some of the chocolate qualities – moving to more of a classic black coffee note. Meanwhile, the wood notes pretty much dissipated.

By the last third, the black coffee notes remained primary as the orange citrus receded into the background. The pepper spices were a close secondary note. This is the way the Hoyo La Amistad Silver Robusto came to a close.

The burn of the Hoyo La Amistad Silver Robusto maintained a relatively straight burn path. There was curvature on the burn line, but this was more cosmetic and didn’t require additional touching up. The resulting ash was firm with a light gray color. Meanwhile, the burn rate and burn temperature were both ideal. 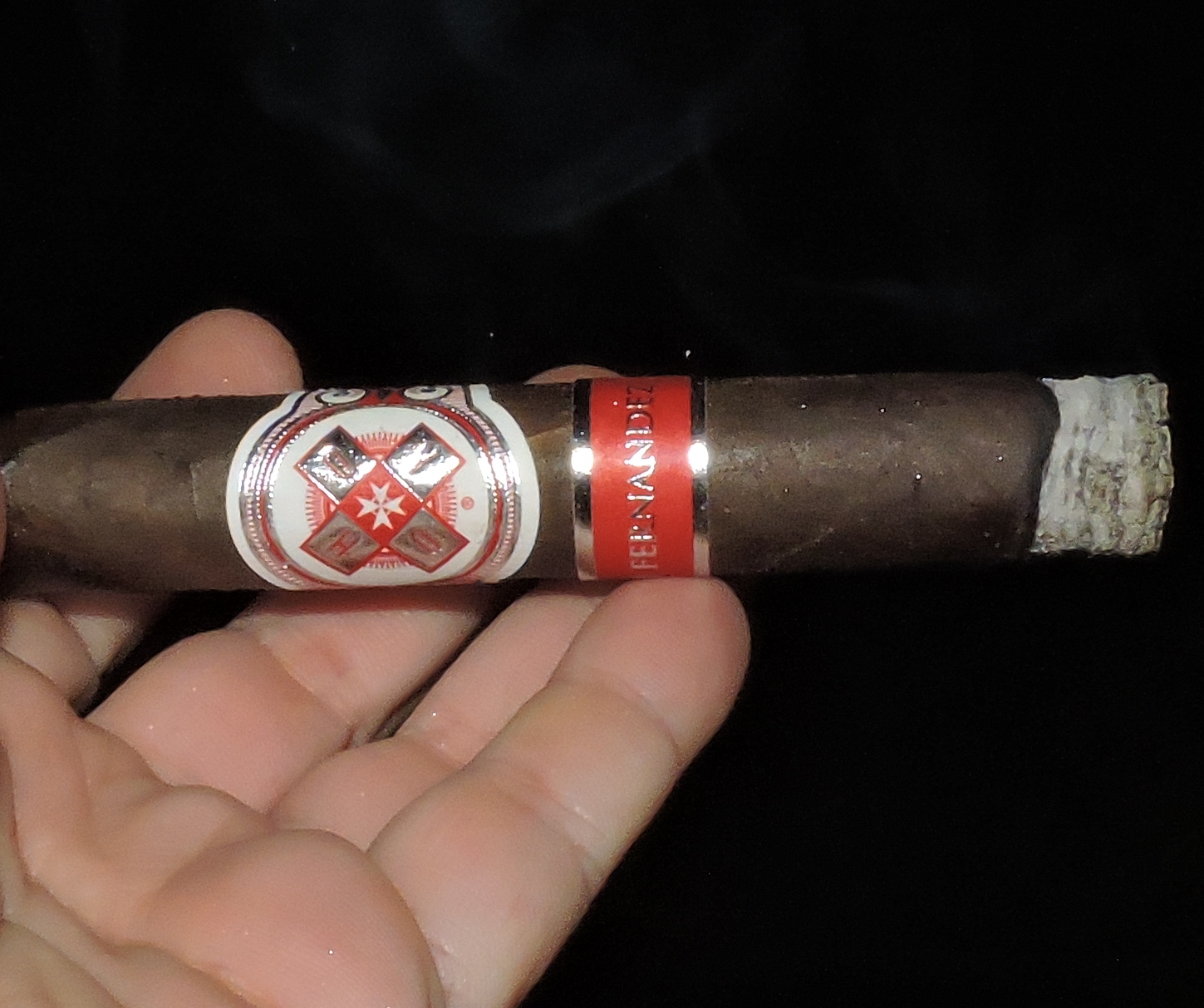 The draw to the Hoyo La Amistad Silver Robusto performed excellently. It had just the right amount of resistance and deriving flavors from it was not a chore.

I found the Hoyo La Amistad Silver Robusto to be a bolder smoke than what I had smoked across the Hoyo La Amistad Gold line. This was a cigar that started out medium to full in strength and body right out of the gate. Both attributes increased in intensity. By the last third, I found both the strength and body of this cigar had just enough depth to move into the full range. In terms of strength versus body, both attributes balanced each other nicely for the first two-thirds, but in the last third, the strength seemed to have a slight edge.

I found the Hoyo La Amistad Silver Robusto delivered a solid smoking experience. While it wasn’t an overly complex blend, I did find it to do a nice job at delivering flavors. The Hoyo La Amistad Silver Robusto is a bolder smoke than the La Amistad Gold offerings, yet flavor-wise it is also a completely different smoke. I’ve smoked several of these over the past few months and while they were ready to smoke when they first hit the shelves, they have responded very nicely to aging flavor-wise – without sacrificing the boldness.  Given it has a bit of a kick, the Hoyo La Amistad Silver is a cigar that I would gear to the more seasoned cigar enthusiast. As for myself, this is a cigar I would smoke again – and it’s worthy of having multiples in the humidor.