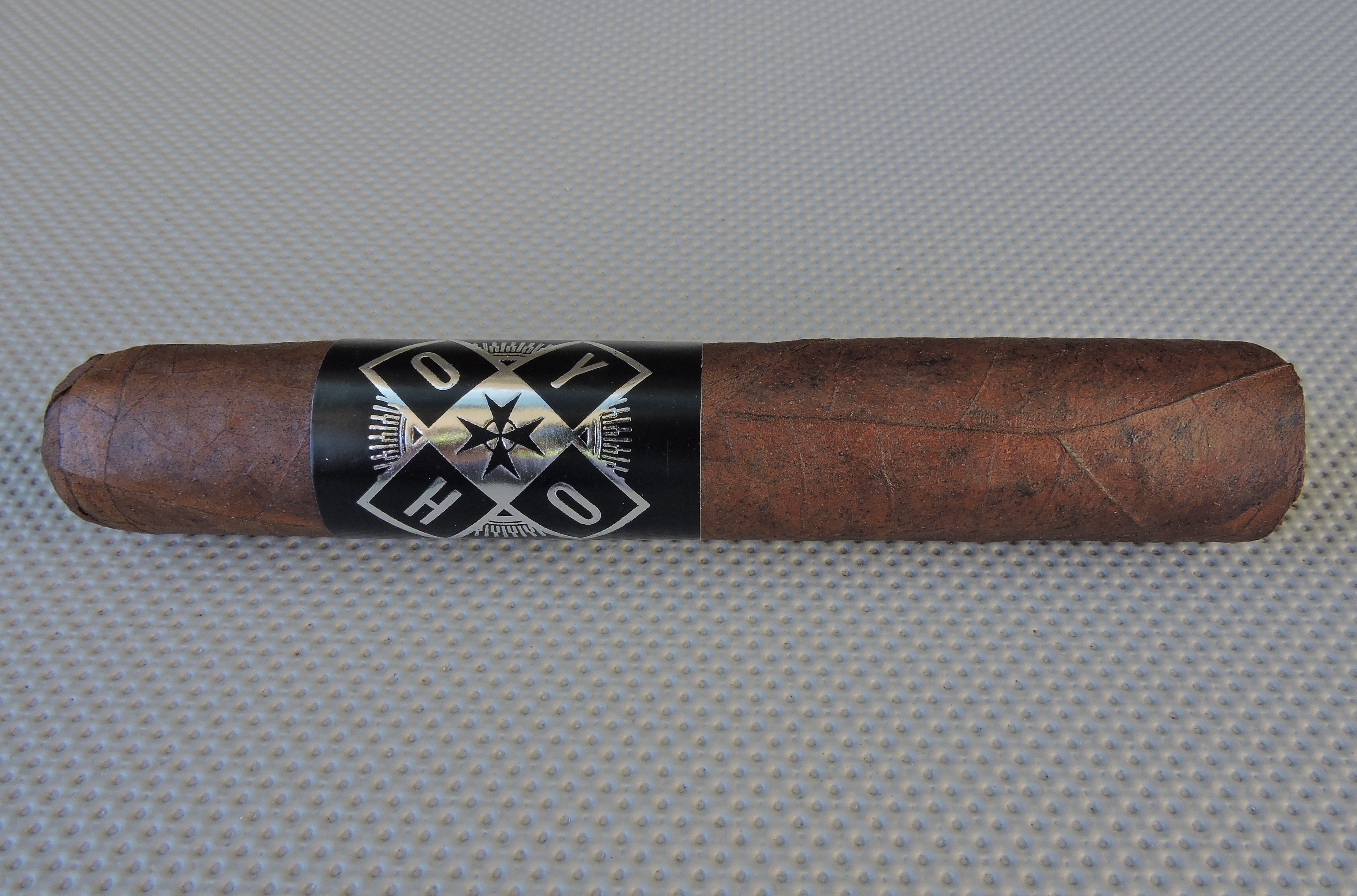 In 2015, the Hoyo de Monterrey brand celebrated its 150th anniversary. To commemorate the occasion General Cigar Company released a limited edition cigar called the Hoyo de Monterrey Edicion de Cumpleanos 150. This cigar not only paid homage to the history of the brand, but also provided a conduit to look forward to the future as it featured an entirely new blend and some very contemporary packaging. Now the brand takes its first step forward introducing a regular production line simply known as Hoyo by Hoyo de Monterrey. Both the packaging and the blend for the new Hoyo were inspired by the Edicion de Cumpleanos 150 release. Recently, I’ve had an opportunity to smoke the new Hoyo in the Robusto size. Overall I found this to be a solid release, and one that will inject some new excitement into an old brand.

Without further ado, let’s take a look at the Hoyo Robusto by Hoyo de Monterrey and see what this cigar brings to the table.

The new Hoyo uses that same Esteli Shade grown wrapper as was used on the Edicion de Cumpleanos 150, but adds an extra two years of fermentation to provide deeper flavor. The remainder of the blend consists of an Ecuadorian Sumatra binder and a mix of Esteli, Ometepe, and Pennsylvania ligero leaves. The binder and filler were also subject to additional aging.

There are four sizes in the Hoyo line. Each are packaged in 25 count boxes. 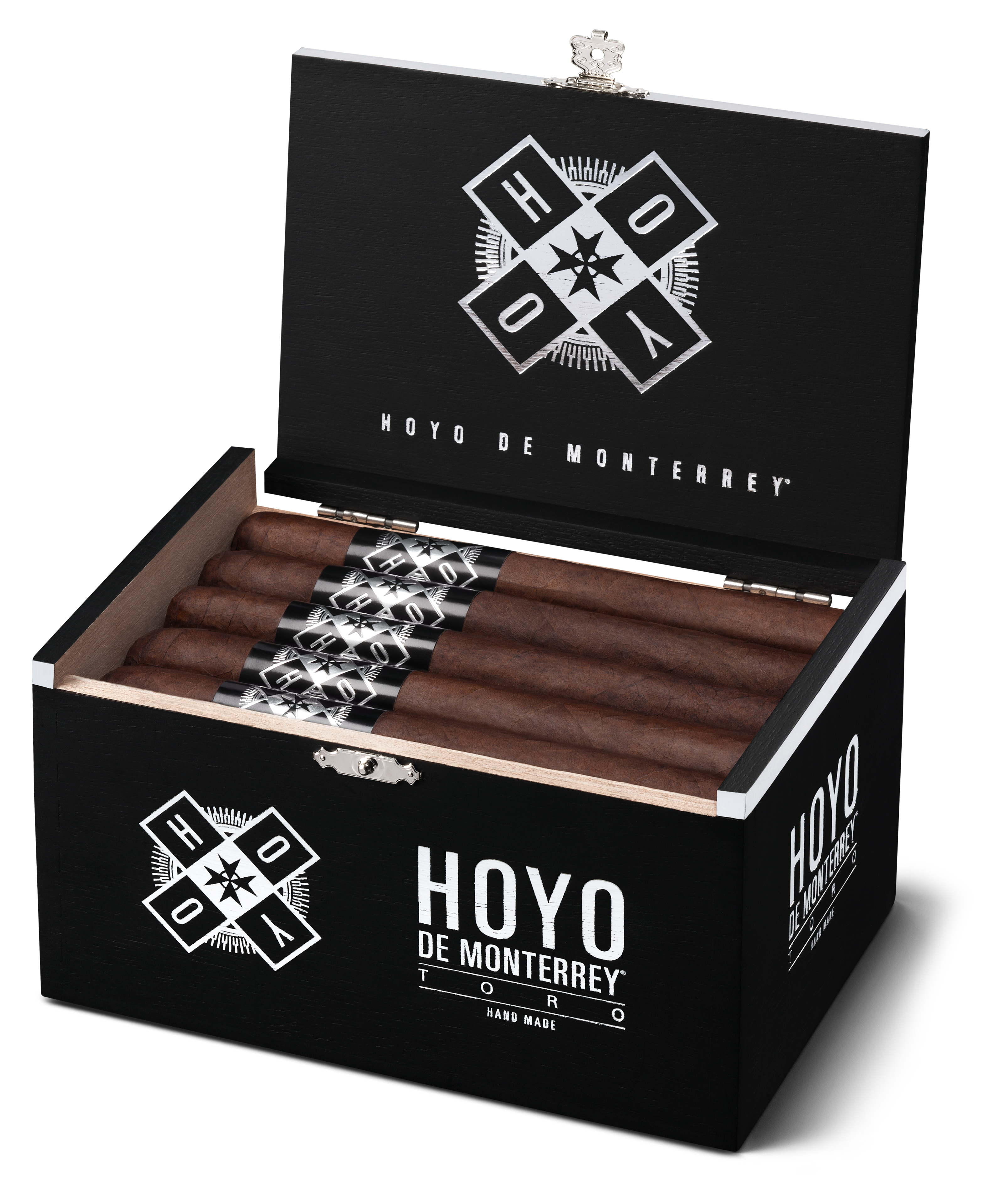 The Esteli Habano Shade wrapper has a dark Colorado color. Upon closer examination, there is darker marbling on the surface. The wrapper itself has a coating of oil on it. Overall I considered this a smooth wrapper. There were several visible veins, but most of them were quite thin. I also found the wrapper seams to be on the thin side. Finally, I also found the cigar itself was well packed and had some nice weight to it.

The band of the Hoyo uses the same primary band that was found on the Edicion de Cumpleanos 150. This band introduced a contemporary style to the brand. The band itself is black with silver font. It has a windmill-like design on the front featuring the letters “H” “O” “Y” “O” – with one letter sitting on each of the four wings of the windmill.

As I normally do, I selected a straight cut to remove the cap of the Hoyo Robusto. Once the cap was removed, I moved on to the pre-light draw phase. The dry draw provided a mix of earth, cedar, and natural tobacco. Overall I considered the pre-light draw of the Hoyo to be excellent. At this point I was ready to light up the Hoyo Robusto and see what the smoking phase would have in store.

As the Hoyo Robusto moved through the first third, I found the cedar notes displaced the earth notes as the primary note. The earth notes became a close secondary note and from time to time made an appearance in the forefront. Meanwhile, the black pepper remained a secondary note and a part of the retro-hale. By the end of the first third, the citrus diminished to a very subtle note.

By the midway point, I noticed a transition from sweetness to more spice on the Hoyo Robusto. The spice came from the cedar notes in the forefront and the pepper notes – which were increasing. At the end of the second third, the spice had the edge over the sweetness.

The last third saw the Hoyo become quite spicy from the cedar and pepper notes. This is the way the flavor profile came to a close. The resulting nub was firm to the touch and cool in temperature.

Burn of the Hoyo Robusto

Despite a firm pack, I found the draw to be on the open side. This resulted in the Hoyo Robusto being a low maintenance cigar to derive flavors from. At the same time, I found this a cigar that produced a nice layer of smoke.

In terms of strength, I found the Hoyo Robusto to pretty much be medium from start to finish. There was a slight increase in strength along the way, but overall I didn’t find this cigar moved out of the medium range. Meanwhile the Hoyo Robusto also started out medium-bodied. There was a gradual increase in body along the way and by the second half, the flavors were at a medium to full-bodied level. The body continued to increase in the second half, but the depth of the flavors did not get out of the medium to full range.

When looking at strength versus body, I gave the edge to the body.

Overall I found the Hoyo Robusto to be a satisfying smoke. More importantly, it was a nice change of pace for the traditional  Hoyo de Monterrey line. As for the cigar itself, I found the first half of this cigar started out quite well as it struck a nice balance of sweetness and spice. The second half of this cigar saw much more in the way of spice. While the second half still was a satisfying smoke, I still found the first half more enjoyable. While the Hoyo Robusto is a cigar ready to smoke, I do believe this cigar could eventually score higher with some aging.

While price isn’t factored into the numeric score rating, the $6.59 price point is quite attractive to this smoke – making it an excellent value-priced cigar. This is a cigar I’d recommend to a seasoned cigar enthusiast. While the second half is a little spicier than I would give to a novice, I still would not discourage a novice from trying this cigar. This is definitely a cigar I’d buy again – and buy multiples of. Its a cigar worthy of a fiver.