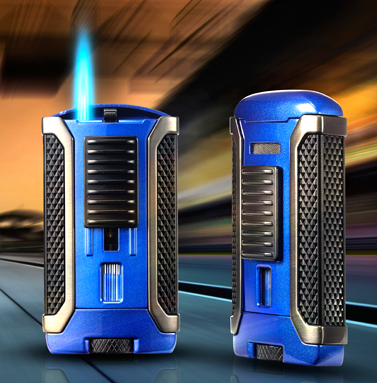 Colibri has released another lighter that draws inspiration from the world of auto racing. The Colibri Apex is a new single jet light that is ignited by a single action push-up trigger.

The Colibri Apex also includes features such as an easy to use fuel adjuster to control flame height, a blue-tinted fuel window and wind resistant flame.  The lighter is available in six finishes: Metallic Black, Metallic Charcoal, Metallic Red, Orange, and Green.

The name Apex refers to the point when a driver increases the throttle for the fastest exit out of a turn. Other recent Colibri releases themed around auto racing include: Colibri Monaco, Colibri Daytona, and the Colibri Rally.